Red Rental Scooter Relinquished Right in the middle of the Right of Way. It's a nasty, nasty business... 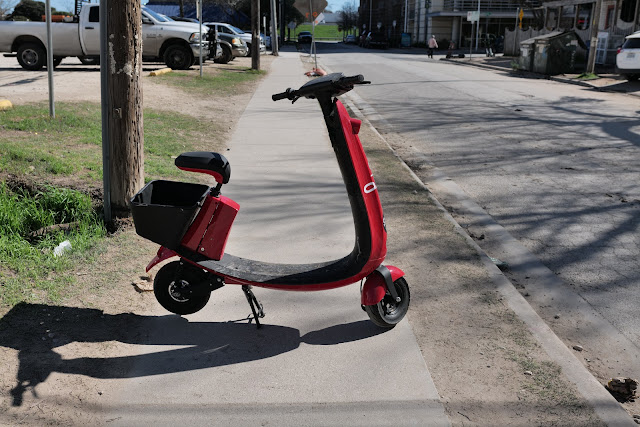 Posted by Kirk, Photographer/Writer at 21:24 6 comments:

I've been playing around with Luminar 4.1 and I'm having fun with it. Most of the presets are over the top but the slider controls in the development interface are really pretty good. 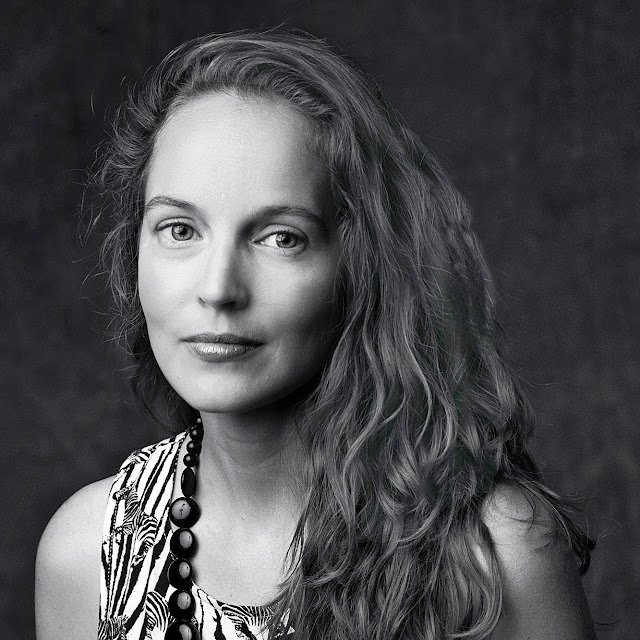 Lou. Not retouched in Luminar. 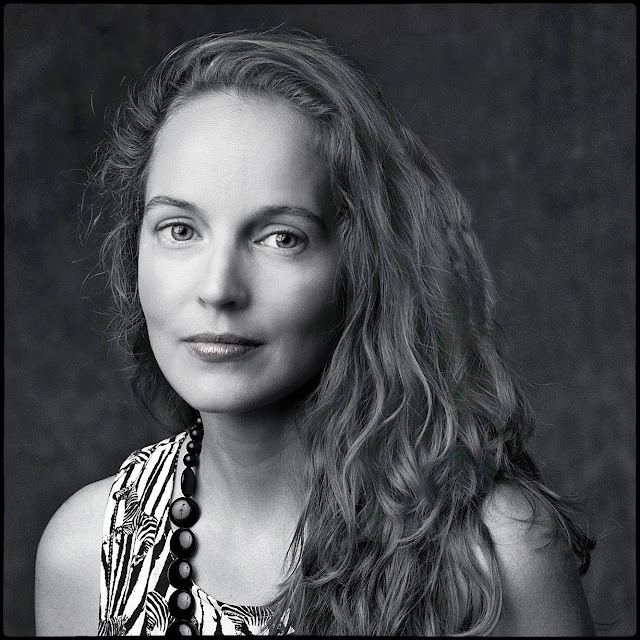 Some Facial retouch. And a tiny bit of lip color. 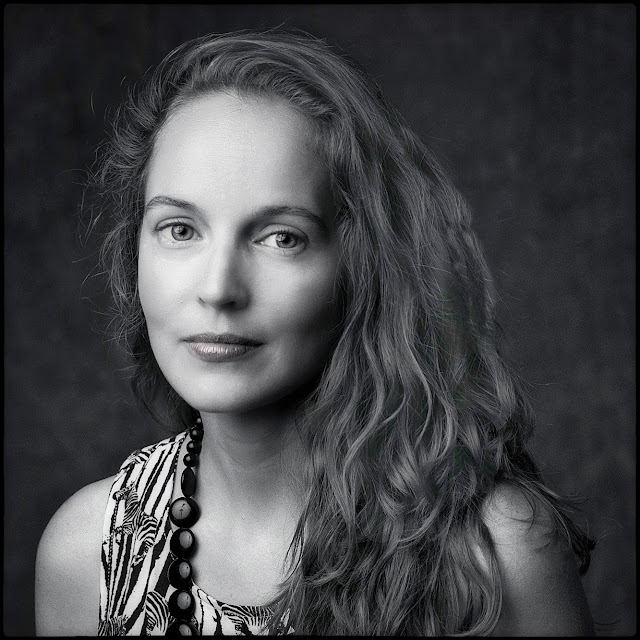 Skin Enhancer and a bit of vignette. 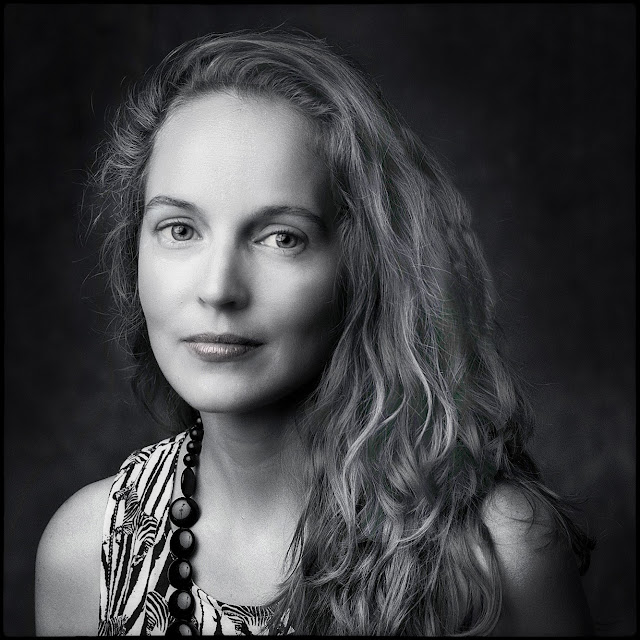 Dodge hair, burn background, add "Orton" effect (which is much like the diffusion we used to do under the enlarger.......)

I'm normally not a sucker for too many programs that promise the moon for landscape and portrait "enhancements" but Luminar 4.1 has gotten a lot of positive reviews and a decent sprinkling of critical reviews as well. I was convinced to buy it and try it by good friend, Frank, who had much good to say about the program's ability to replace skies quickly and effectively. That was the push I needed but I'd had the program on my radar because of several videos I watched that showed off the reasonably powerful portrait retouching capabilities, as well.

So, what is Luminar? It's a software application that's been around for a few years but in its latest iteration it's been upgraded to use what the makers are implying? is artificial intelligence. It's a program that allows you to work on image files to fix things that were deficient when you took the photo (color balance, contrast, white balance, etc.) or to change the photograph, either subtly or profoundly, with "enhancement" sliders and/or canned presets.

The buzz that accompanies the introduction of 4.0 and 4.1 is that the program now has magical powers that allow photographers to seamlessly and effectively drop in new skies in landscape photographs with nothing more than one button push and a bit of slider work. I'm a neophyte with the program but I tried the sky replacement in the final image below (along with the addition of dramatic sun rays) and I find that the program does a great job finding and separating skies form everything else. I had fun with it but will enjoy it much more if I get around to loading the 3,000+ skies I have in my "clouds and skies" folder.

Many of the low cost (compared to Adobe products) image manipulation products on the market seem to only work with Jpegs and Tiffs but I've tried Luminar 4.1 with several raw files and it does work. The only disconcerting part of the process is when you finally save out the image. It seems that most of the screen representation that happens when you are working on an image is done with proxy files and then, when you go to save to a hard drive, the program switches to applying all of your changes on the full size file. With a high res file from the 47 megapixel Lumix S1R there is a long wait time (10 or 15 seconds) between pushing return and seeing the process completed. That makes this program a non-starter for me when I'm involved in doing many, many files in post production but is not at all a problem if I'm trying to tweak and massage one file at a time.

But...as most of you know I'm more of a people photographer and not so much a landscape maven. So, how is Luminar with portraits? I think it's a really good "finishing" program and when the program automatically recognizes faces it does a great job applying some of the automated features as you go through the portrait enhancement menus. A few small things reveal it's economy class capabilities. For example, you can choose to enlarge a subject's eyes with a slider but, unlike the controls in PhotoShop's liquify filter, you can't select each eye individually and use the control to equalize their size. I use that all the time in PS. Why? Because people are very rarely symmetrical. One eye is almost always bigger than the other. But people like very much to see their own eyes equalized for size in final portraits.

For most facial retouching Adobe offers much more detailed control over critical variables.

I see Luminar as an adjunct to Photoshop in the same way that I use SnapSeed for quick and fun corrections to files I want to post online quickly. But with that being said I was very happy with the skin enhancement feature in Luminar, even though it's controlled by a single slider. It does a nice job, when used with a light touch, in minimizing aesthetically unpleasing skin texture without imparting a Barbie Doll Plasticity to the final image.

There's one feature that plays to my nostalgia for the darkroom. I used to have a device I could use under the enlarging lens that would allow for variable levels of diffusion in a final print and which would nicely blend the shadows into the highlights in a way that mimicked older portrait lenses. The feature is called, "Orton Effect" and I used it on the very bottom variation of Lou's portrait above.
It takes a bit of the overt, digital sharpness out of files without destroying them altogether.

The program has layers functionality but I haven't had time to test them out yet. It also has dodge and burn tools and I've found them to be easy to use and set up well.

While the program would love to create yet another library on your hard drive and put all of your images in there the creators must have realized that this rigidity of workflow made lots of early Capture One users crazy with frustration so they've also provided the option of bringing in one file at a time and working with it normally.

For $89 it's a pretty good deal. If I were not doing Photography for clients, and was only making prints for myself, I think I could use Luminar for about 97.5% of my work. But I'll hedge that by saying that I haven't yet done the work to figure out how to dust spot and do small, individual corrections (take out one pimple, eradicate one stray hair) yet. When I master that I'll probably spend most of my post time for portraits in Luminar and use Photoshop for intricate or complex corrections and fixes.

(the images below are samples and are not meant to be considered the finest examples of my photographic art....).

FYI, you can trial the program for free. I don't sell it and I don't do affiliate links so I'll leave it up to you to simply Google: Luminar 4 and find your own way down that yellow brick road. 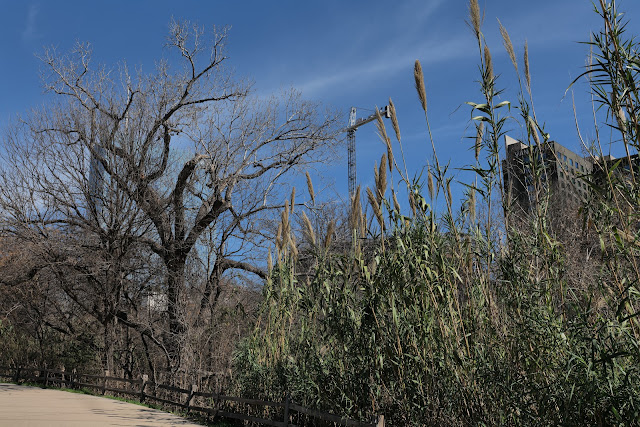 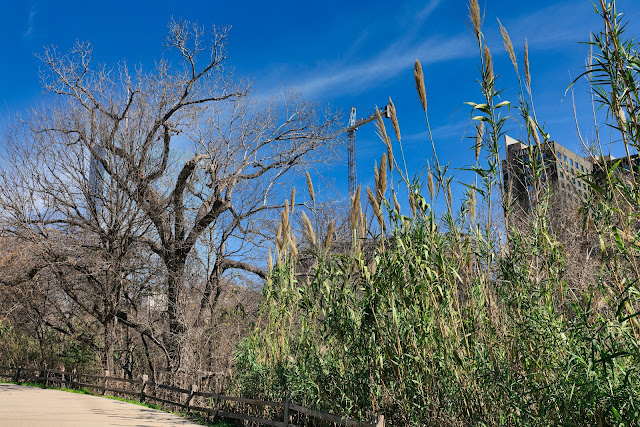 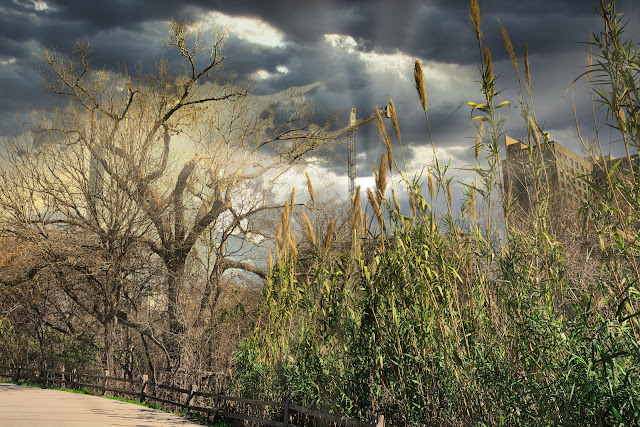 A dramatic and over the top sky replacement.

Posted by Kirk, Photographer/Writer at 13:24 6 comments: