Every once in a while I take a photo that seems to have a life of its own. Check out how Texas Monthly Magazine used my "Janis" photograph.

If you are too busy to click the link here's the original photo: 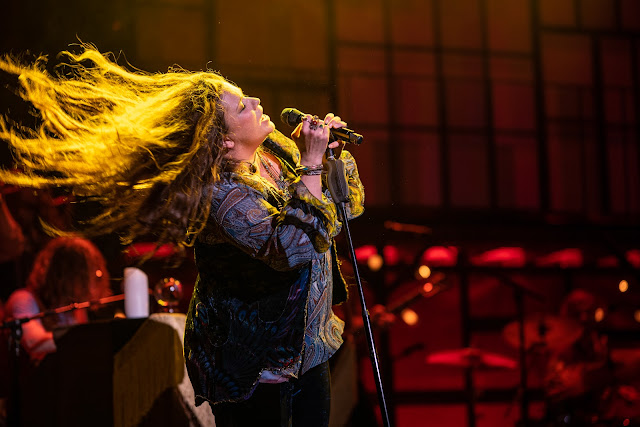 Mary Bridget Davies as Janis Joplin in Zach Theatre's production of: "A Night with Janis Joplin."

and a few more: 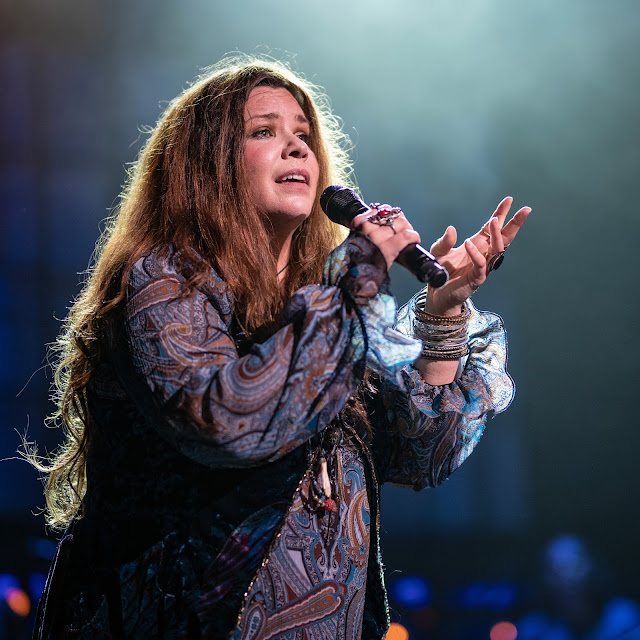 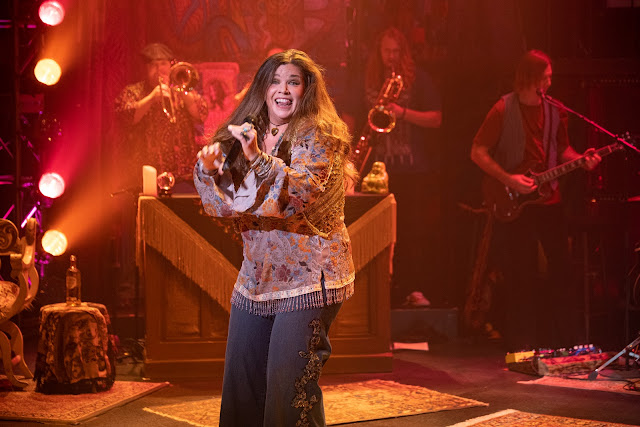 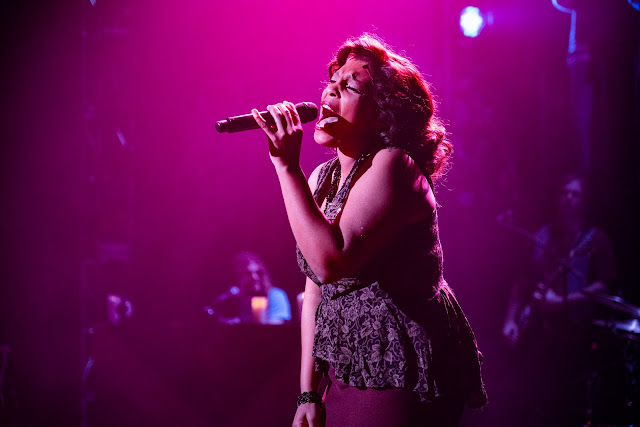 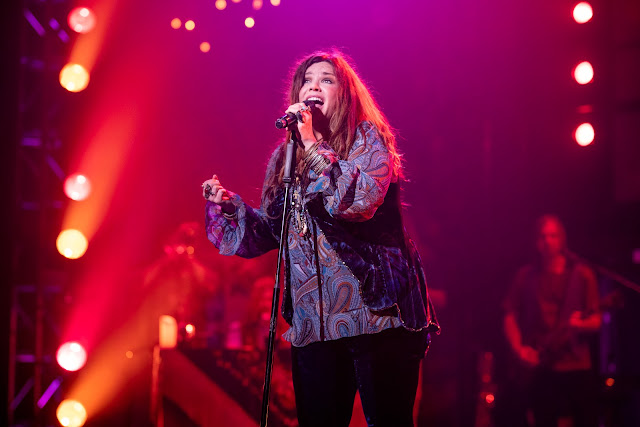 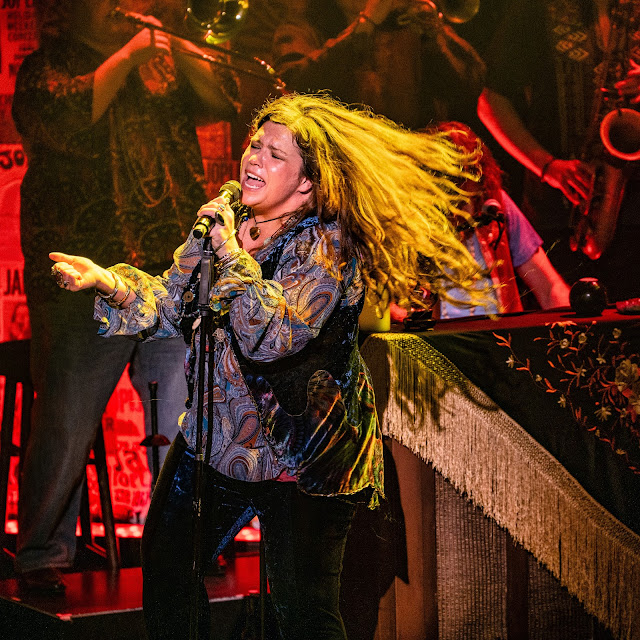 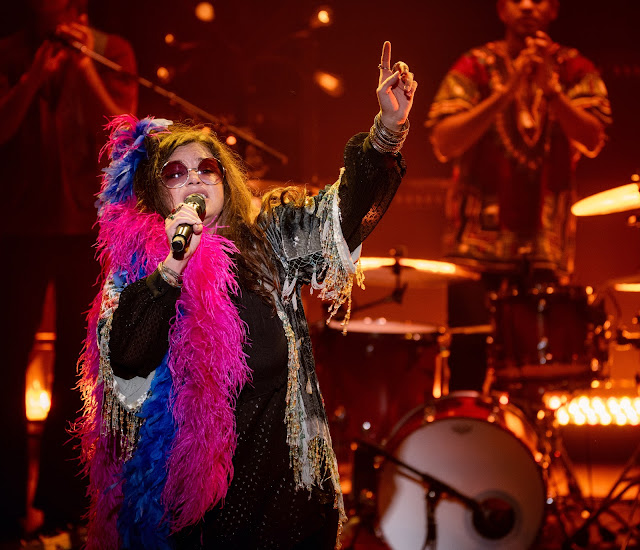 Posted by Kirk, Photographer/Writer at 16:07 10 comments:

The camera is off to Panasonic service. It will come back someday. In the meantime Let's talk about "biographical fallacy". (see second section...). 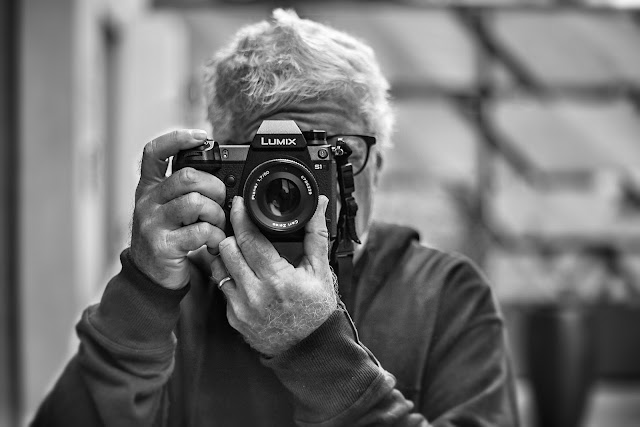 It's always anxiety provoking when there is a ripple in the force. In this case a camera that has become unresponsive and is in need of warranty repair. The camera is now winging its way to Panasonic where I am certain that they'll figure out what ails it and remedy its ills.

The main reason this camera failure bothered me is because I've been making a distinction between the cameras I use for business and the cameras I use for my personal work and the way it falls out around here is that the S1Rs; the high resolution cameras, are the ones I've designated for "me" stuff while the S1 cameras are earmarked for "client" stuff.

I came to this dichotomy somewhat logically as the S1 cameras have more efficient files sizes for work, better high ISO performance, and are much less expensive. Cost matters in some sense because it makes it psychologically easier to replace a camera that's been damaged and destroyed. Buying an additional body at $2400 is nowhere near as painful as shelling out $3600+ for a body which has, as its only advantage, more resolution.

All things considered I've been very happy with the Lumix S1 cameras and I've been pounding "work" exposures through both bodies with reckless abandon. One of the S1 cameras has over 30,000 actuations on it and the other is nosing it at about 25,000. It's a fair amount of shooting when one considered that I've only owned the cameras since September and October.

On the other hand, the S1R cameras each have less than 3,000 exposures on each since they aren't as agile for the kind of paid work I do. They tend to (individually) accompany me on walks, and spend much of their lives set up like mini-(old school) Hasselblads: Cropped to a square format, used with prime lenses, nestled in at ISO 100, and generally used in the raw format. This makes the S1Rs perfect artsy portrait cameras for me and, in that case, the failure of one is a bit of a sting.

So far I love almost everything about the S1Rs except the tendency to not roll off highlights as gracefully as film did. I don't mind the two card slots being set up for different cards. There's nothing about the AF or the operational speed of the camera I don't like. It just seems perfectly suited for me.

I guess I should change my mindset and just consider using the hell out of my cameras until they drop dead in my hands and then, with total unflappability, just grab the next new one from my dealer when the need arises.

I'm hopeful I'll see the sidelined S1R back in a week or so. If it takes longer than that I'll be ready to make someone's life at Panasonic more interesting.

On to a different topic: The biographical fallacy. Apparently, there is a Japanese photographer; a street shooter, who was the subject of a promotional video for Fuji's new LeicaReplicaX100 camera. You can see the video and reaction to the video here: https://www.dpreview.com/news/6165309898/fujifilm-pulls-controversial-x100v-promo-video-due-to-the-featured-photographer-method

He's a youngish, frenetic photographer who seems to be blending the worst of Bruce Glidden and Garry Winogrand's street shooting techniques. He invades people's space, sticks cameras in the faces of people who, at least in the video, are surprised and unhappy with the attention. The video probably explains why he loves the latest Fuji camera but the thing that I came away with was that the majority of the 700+ comments attached to the article were highly critical of the artist because of his on camera behavior and then, by extension, critical of his work.

I wonder, if they had seen the work by itself, in a gallery instead of in a video showing how the work was accomplished, if the same commenters would be raving about how glorious and dynamic the work is. This, to some extent, is the danger of the current penchant for deep dives into the working methods of photographers/artists/musicians via "behind the scenes" videos.

My first question is this: since the artist was being filmed by a video crew who followed him through the streets as he worked through the course of one day, did the presence of the crew subconsciously motivate him to over sell his real street presence? Did he ramp up his risk taking for the sake of the observers with video cameras? Did he exaggerate his methods for promotional value in the moment?

And since video productions tend to be distillations of hours of footage, squeezed down to five or seven minutes of action, did the producers bypass moments where the photography was more consensual, less predatory, calmer, happier and then concentrate on the more provocative moments in order to add some friction, controversy and click-bait-ability to their final video?

My real issue is with all the people who, while living in the land of the free and the home of the (supposed) brave, are so quick to question the photographer's very right to be on the street shooting his work.

Many years ago, in an Art History class, we often discussed what is called "the biographical fallacy" where an audience judges an artist's work not by analyzing and commenting on the work itself (the work in a vacuum, so to speak) and instead blends together judgements about the work based on their knowledge of the artist, including his/her sexuality, religion, political preferences, aberrant personality, body odor and any number of other attributes specific to that artist.

In the contemporary artistic landscape we seem to have too much information. Too much third party observation of our modern artists. They are dissected (and in some situations it's self inflicted) and examined in visceral little snapshots that are inevitably taken out of context. Especially so if the snapshot of time and action is created in the service of selling a product instead of focusing on the photographer's work. If we had video of Robert Frost farting at a podium during a reading would that have to diminish the value of his poems?

It's widely acknowledged that Caravaggio was an incredible painter whose work moved the art of painting forward to a great degree. He is the poster artist for chiaroscuro.  His work hangs in prestigious museums, is the subject of many books and, to this day, influences visual artists across media. We inspect and dissect his work because it's the correct way to understand the art. Removed from the influences which the behavior or identity of the creator might handicap our brains. Might make us like or dislike the work by the connection to aspects of the artist we don't like.

In all accounts I've read Caravaggio was a dick. A wacky and troublesome artist who had to flee from one of his patrons after leaping over a tennis net, in a rage about losing a match to the son of the patron, and stabbing the scion of the patron in the heart with a knife --- killing him right on the court. He ran from the location of the homocide to the docks at the edge of the city and caught the next boat out with only the clothes on his back.

With that new knowledge do we then discount the powerful influence Caravaggio's paintings have had on his peers, and future artists for centuries since? I don't think so.

A tell all biography about Richard Avedon outs him as having been gay. Does this cancel his tremendous and wonderful influence, spanning or that 60 years, on photographers, fashion and art in the 20th century? Many of us now would not construe his sexuality as a negative in any case.

Be careful in judging art work in our times by using as a measure the person's immediate popularity or foibles. Good work is good work. Not everyone can be Mr. Rodgers but that doesn't cancel the good work that they have done, or its influence on us,  our future artists, and culture in general.

It's Friday. A good day for a walk. Everybody have fun!
Posted by Kirk, Photographer/Writer at 10:46 16 comments: