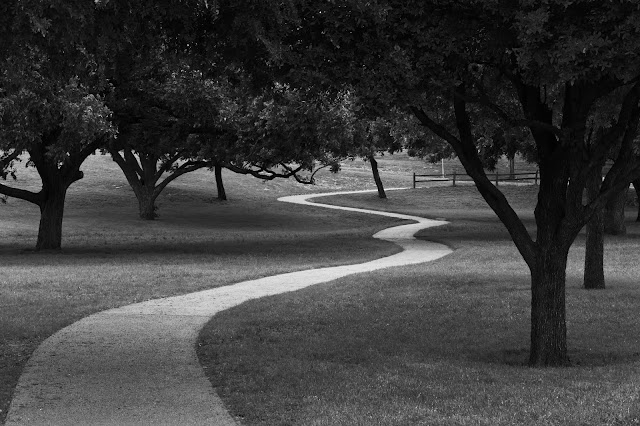 Hot on the heels of Sony's original RX10 "bridge" camera Panasonic introduced their own one inch sensor, wide focal length range bridge camera, the fz1000. I handled it when it came out and, even though I had a Sony RX10-2 at the time, plunked down money surreptitiously taken from the VSL slush fund and bought one for myself. The camera was very similar to the Sony product but gave users like me a 25-400mm f2.8-4.0 zoom lens that was adequately sharp and contrasty. It also delivered a nice, clean 4K video file. It's a very good overall camera but more beneficial perhaps to still photographers than videographers who are pursuing video for the majority of their work.

After having had good experiences with the original fz1000 I was delighted when Panasonic came out with the fz2500. This camera, an evolution of the 1000 included nearly everything I wanted. It came with both a microphone input and a headphone jack. The lens was a bit longer, which I did not care about one way or another and the camera (finally) included built in neutral density filters as well as an automatic ND setting. The video codecs were upgraded to offer higher data rate 4K and a 200 M/bs, All-I codec for 1080. I used the fz2500 for several short, commercial video projects and also shot a lot of photography work with the camera as well.

Early reviews from big sites complained about a lack of lens sharpness but with the help of a good friend who was an early adopter of the fz2500 I got the AF settings figured out and then found the camera more than capable of delivering sharp files at every focal length range.

After some turmoil in the VSL inventory, which included a few big purges of equipment, I found myself out of the bridge camera game alogether until a few months ago when I picked up a very clean, used fz2500. I've been using it a lot lately and was delighted with the color and overall integrity of the files I made of the downtown graffiti responses to the wholesale closing of all businesses on Sixth St.

I also made a few short videos using the 1080p All-I codec and was once again impressed by the well structured video files I got from the camera; not to mention the great audio...

About a year ago Panasonic launched yet another one inch bridge camera which seems pretty much like a mild but worthwhile evolution of the original fz1000. It's called the fz1000-ii. According to fanatic fans of Panasonic Lumix camera products both the lens and sensor have been tweaked to provide the best performance for high resolution photographic files. The specifications clearly indicate that the sensor is a BSI-CMOS and that alone would be an upgrade from the original. The scuttlebutt is that the anti-aliasing filters over the sensor have also been massaged to make the still files from this camera obviously sharper than files from the fz2500, the implication being that the filter glasses over the sensor on the fz2500 were optimized for good 4K video performance while keeping artifacts and moiré out of the mix. I have no idea if any of this conjecture is rooted in fact but I decided to put a sample of the fz1000-ii to the test.

I picked one up from Precision Camera, did a quick read of the manual, popped in one of the hundreds of BLC-12 batteries I seem to have laying around into the camera, formatted a UHS-2 Hoodman Steel SD card and took the camera out for a walk. The menu is nearly identical to the fz2500 so getting up to speed wasn't a stretch.

I've only shot the camera for a couple of hours and most of the time I was using one of the monochrome settings but I do have a few observations.

1.  Do NOT buy this camera thinking you'll have a great hybrid video/still camera that does a great all around job. They must have intentionally borrowed a "cripple hammer" from Canon because they ditched nearly everything that makes the fz2500 a better video camera. Gone are: the headphone jack, the .Mov wrapper for video files, the higher bit depth 1080p files, and (especially missed) the neutral density filters. I'm sure the .M4P 4K video files are just fine because Panasonic seems to know how to do good, compressed, consumer 4K but..... they are no match for the video files coming out of the fz2500.

There are lots of other little extras for video that you get with a 2500. One of my favorites is a smooth deceleration in the zoom mechanism and smooth aperture changes.

If you want to create the best video you can with a bridge camera then the choices are simple; you either get the Panasonic fz2500 or the Sony RX10-IV but you DO give a pass to the fz1000-ii. The 2500 is well worth the extra $100.

2. Do buy the fz1000-ii is you are a fan of the Monochrome L and the Monochrome L Dynamic B&W settings that are in the S1 Pro series of full frame cameras and select m4:3 models. They make for great black and white files and are quite customizable. I shot for most of the afternoon in Monochrome L. D. and loved the images from the camera.

3. If you love fine detail and crisp files you'll find the images coming out of the fz1000-ii need a lot less sharpening/detail enhancing than files from the 2500. Might be something to the theory of video optimization after all.... (conspiracy theory alert!!!).

4. The color out of both the S1 series and the last two bridge cameras from Panasonic is nicely mature and doesn't have disturbing Jpeg artifacts. In fact, the colors are gorgeous and quite neutral.

5. Both the 2500 and the 1000-ii have great 5 axis image stabilization in all modes except when shooting in 4K. Since processing power is shared across the processor for both focusing and image processing it's only logical that when shooting high data rate video files something has to give --- especially in this price range. Seems they opted to let the I.S. degrade rather than the quality of the image files. I think it's an appropriate trade off. Learn to use a tripod when you shoot 4K. Your audiences will appreciate it anyway even if you do think it's groovy to shoot everything hand held.

Currently you can buy a new USA Panasonic fz2500 for around $900 and an fz1000-ii for around $800. Your use case will very much determine which direction you'll want to go in. Both offer great EVFs, as well as great touch screen implementation. Both are quick to auto focus in S-AF.

If you really get into bridge cameras I'd suggest that you might want both. One for video intensive jobs and one for ultimate photographic quality. They share the same battery (and, incidentally, it's the same battery used in the Sigma fp and the Panasonic GX-8) so you have a nice interchangeability going on. Maybe the 1000fz will make a nice "B" video camera along with the fz2500 as a main camera.

Why even buy a new camera, the features of which are more or less duplicated by a camera we already have? Especially, why?, in the middle of the new Great Depression.? I'll plead curiosity, partly. Lack of impulse control for a percentage, but a desire sometimes for a camera with an extensive focal length range which is also light enough for a daylong expedition and mostly because the black and white is so nice. It's also a fun camera and with life in lockdown any excuse to have fun is valid and worthwhile.
Don't worry, we'll use it on a bunch of pro bono projects and everyone will benefit.

I am heading to Enchanted Rock at first light in the morning. It's more an adventure than a photo intensive journey. I'm taking a camera, of course, but scrambling across the big rock (second biggest rock in the world after Ayer's Rock in Australia....but ours is granite while their rock is just sandstone) dome and hiking the arid trails is my real motivation to get moving in the morning.

I'm taking one camera and, as of 9:36 pm the night before the choice of camera is down to the Sigma fp with the 50 Zeiss, the S1R with the 24-70mm f2.8 or the Panasonic fz1000-ii. I'm packing my water and sandwiches and safety stuff this evening but I'll leave the three contenders on the dining room table tonight and let them figure it out. The one that first catches my eye in the morning gets to come along for the ride. That, and a thermos of Organic Ethiopian Fair Trade coffee. 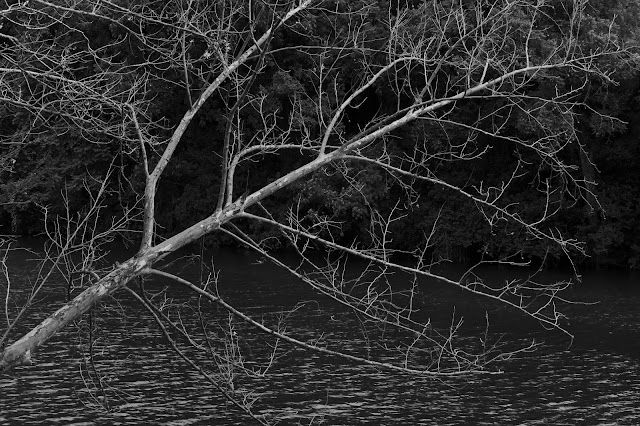 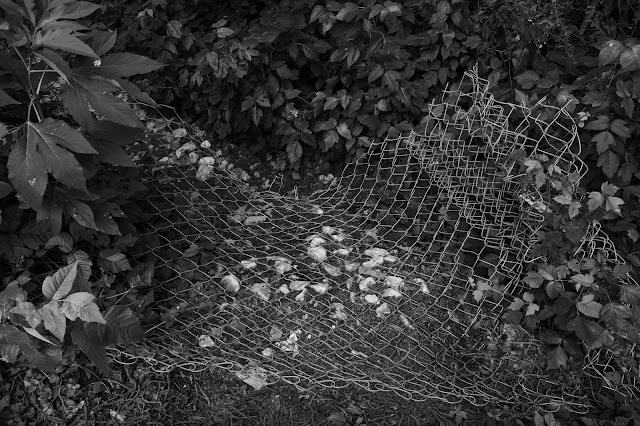 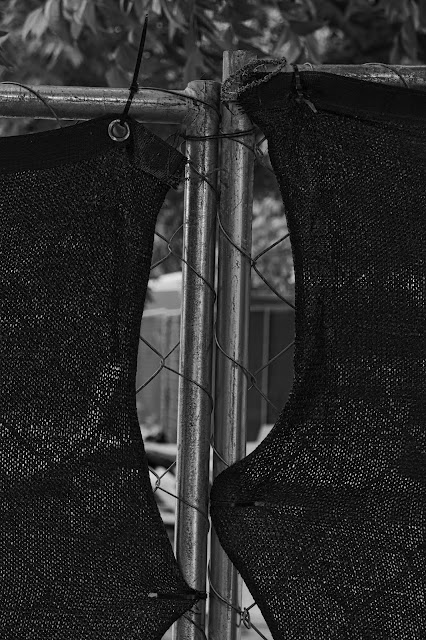 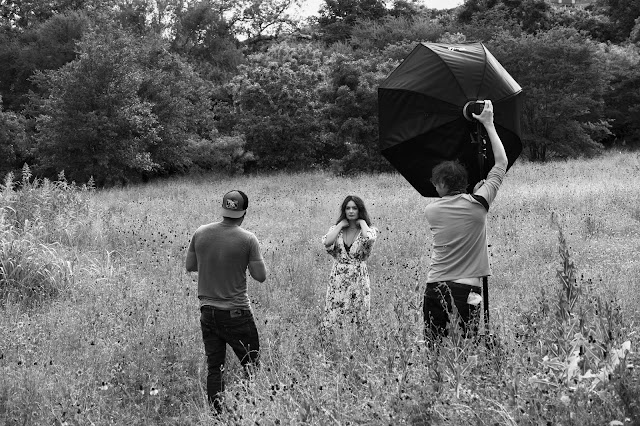 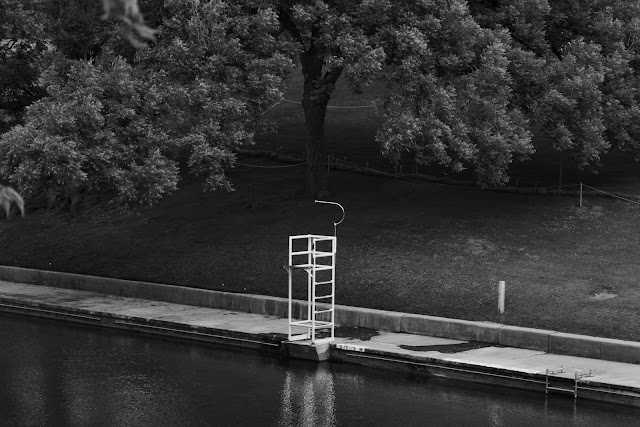 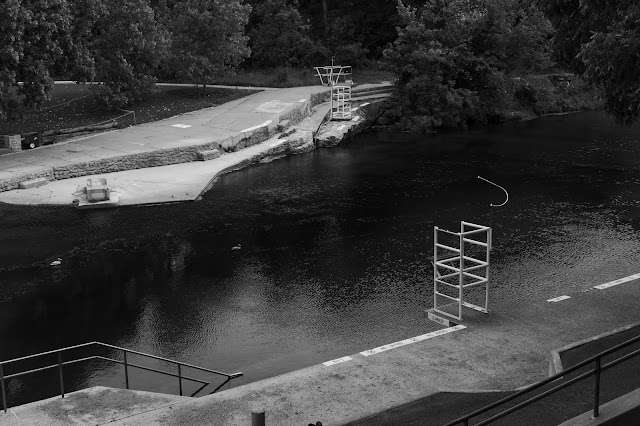 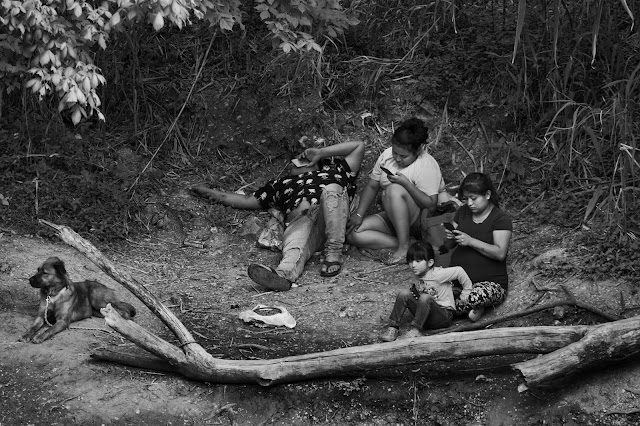 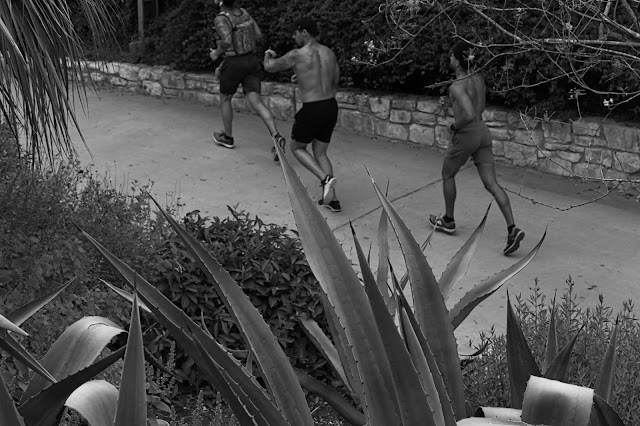 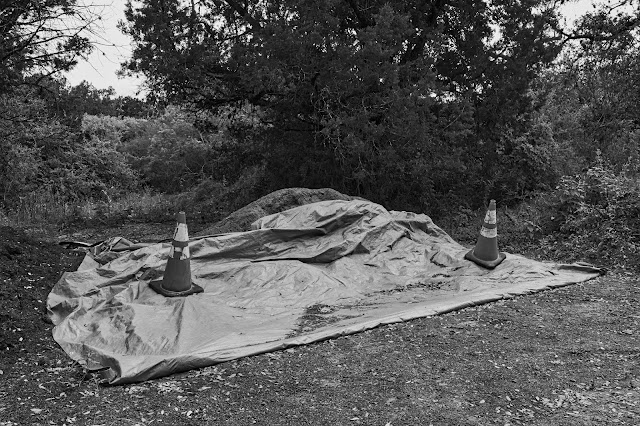 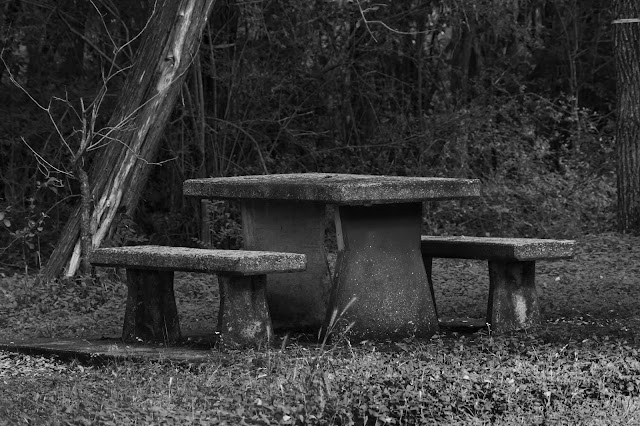 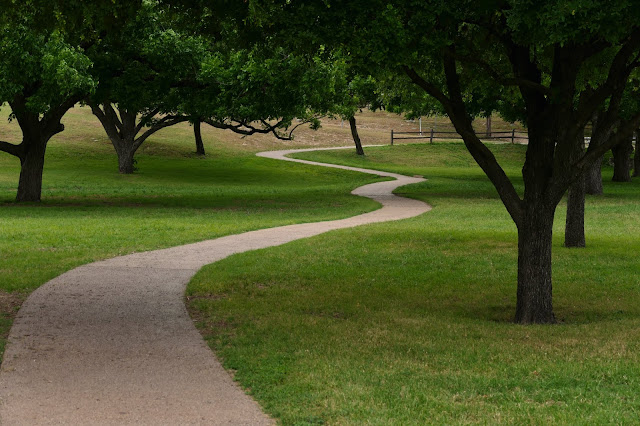 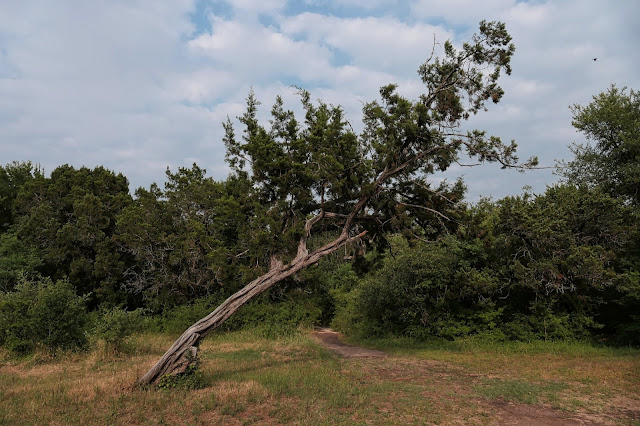 Posted by Kirk, Photographer/Writer at 21:41 12 comments: