In defense of big, fat, heavy cameras...at least where video is concerned. 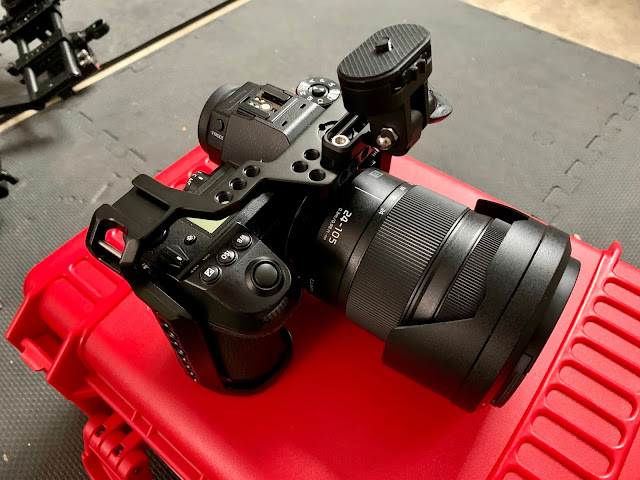 I suppose that the majority of cameras buyers now consider smaller and smaller sized cameras to be the most desirable to buy and use but I strongly disagree about this based on practical matters and actual use in my region.

The rush to making mirrorless interchangeable cameras as light and compact as possible seemed like a good goal when our number 1 use of cameras was to go out all day and shoot "street" photos and other casual work for pleasure. Hence the success of smaller, lighter full frame cameras like the Sony A7 series (which is now experiencing a growth spurt..) the Canon R series cameras and the Lilliputian Nikon Z cameras. Of course all these cameras are glamorously small and especially so if you choose to use a small, slow zoom or a pancake prime lens on the front of them. Much of any advantage there is to "smallness" is, of course, lost when the owners pursue a divergent philosophy when it comes to buying and using lenses with them.

People go on and on about the advantages of smaller camera bodies and then insist on buying big, heavy and cumbersome "pro" zoom lenses the size and weight of a large can of cling peaches. Then the combination becomes a bit unweildy and tougher to handle.

But the real choke point in usability is down to the body size affecting reliability and performance more than anything else. At least when it comes to using these "hybrid" cameras as video cameras.

Canon brought out two cameras (R5, R6) which have been immediately savaged for their shortcomings when it comes to thermal management. Seems the sensors and processor throw off tons of heat (and not just at exotic video resolutions) but the cameras aren't built to wick heat away efficiently and that's mostly down to the fact that the electronics are air gapped instead of being anchored to heat sinks and in a tiny body crammed full of non-moving parts there's just no where for the trapped heat to go. Also a smaller body means less magnesium alloy understructure so what heat sinking exists is reduced proportionately.

After experience a deluge of posts and videos about the Canon overheating dilemma videographers seemed to breathe a sigh of relief when Sony brought out their newest A7SIII. Seems the majority of reviewers didn't experience overheating problems...until some did. Both Hugh Brownstone and Dan Watson experienced shutdowns in ambient temperatures I would consider....cool, or pleasant. Well under 90° f.

Hugh Brownstone conjectured that it might have something to do with the size and construction of the lens mounted on the body with the idea that bigger lenses with more metal construction tend to reduce the heat load by somehow wicking the heat out of the body. Sounds a bit dubious to me but odder things have happened in the universe.

But in the same video Hugh does state that his primary video camera for the last three years, the Panasonic GH5 (which many poo-poo as being too large "for an M4:3 camera) has never experienced an overheating issue or even the signaling of a heat issue in all the years he's used it and in all the hot Summers the camera has lived through.

My experience with the S1 and the G9 cameras from Panasonic bears out my understanding of camera construction, size and heat management. My G9 spent four and a half hours of relentless on time in direct sun in high temperatures and high humidity. Much worse conditions than the tests that reviewers have used in the getting both Sony and Canon cameras to quickly hit their limits and to, in fact, shut down completely. In fact, the G9 logged nearly 75 GB of high data rate, 4K footage without a hiccup or complaint.

In the weeks leading up to my Saturday (camera torture test) I used the Lumix S1 extensively in even higher heat (some days with temperatures reaching 105°) and never experienced even a hint of thermally motivated recalcitrance.

It seems that there is a body size that is optimized for the actual production of video rather than the implementation of gear fashion. Sony, et al have stepped over (under?) that line and are now taking public lashes for their flawed and (commercially) dangerous camera design flaws. But I guess they'll get away with it because both cameras focus so fast for the five or ten minutes in which they are usable. Not sure if that's a trade off I'd be comfortable making. Or explaining to clients on a tight time schedule...

While the smaller, lighter cameras might be the perfect solution for "stills only" photographers or people who are recreational users of video we're still in an era where there are technical tradeoffs between popular design choices and actual, functional reliability.

The benefits of a larger body also extend to a less crowded disposition of external controls, better handling with larger and heavier lenses and the ability to take larger batteries. There is also an argument to be made that the larger cameras deliver, along with heat management, a more robust build that should stand up to daily, professional wear and tear better.

In nearly every consumer product category that depends on people handling the product (as opposed to just listening to or watching the product) there is a variability to choice. Some people value size differences more acutely while others are more drawn to implied or actual reliability. To each their own but I voted with my dollars to opt for reliability in use over cosmetics.

And, if there is a perception that some cameras are too heavy for some people with limitations...well, I certainly understand that. But if I am shooting video for money (or passion) I'll probably pick an older and much more (heat) reliable GH5 over a small, light full frame recent Sony or Canon any day of the week.

Posted by Kirk, Photographer/Writer at 11:12 9 comments:

Bidding Adieu to a valuable and always interesting blog. Ming Thein moves on... 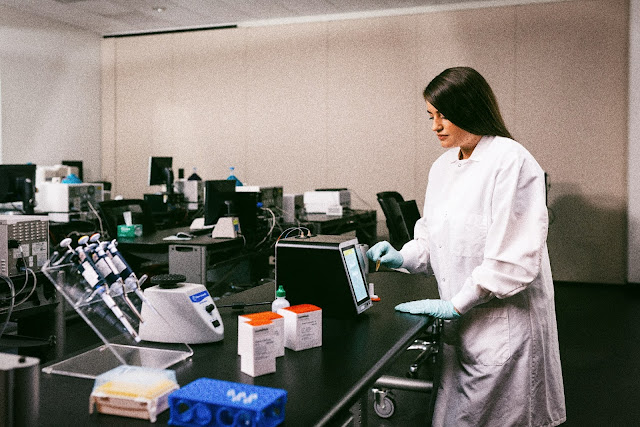 I've never met photographer/writer/watch designer Ming Thein but we have corresponded. Inspite of never having engaged face-to-face I've always enjoyed reading his take on photography, gear and life. He's one of the few photographers I've come across who can think, write and present at a velocity that I find correct. I always felt like he and I approached writing on our photographic blogs from the same perspective: write fast, post now and don't look back. Where Ming's energy far exceeded mine was in his ability to answer every comment attached to a post. He might, on a busy day, have posted dozens and dozens of polite and considered replies, and the answers he provided were either based on his hands-on experiences with gear or a process, or they were just smart. I'll take either.

I am not writing this as a eulogy because Ming (the actual person) is not on his way out; existentially or otherwise. I am writing this as an appreciation of all the hard work, knowledge and insight into our field he shared and the sheer entertainment of following someone whose life is so different from mine and yet has so many intersections. My perception is that with the collapse of travel, and the lack of opportunities to flex his photographic muscle, he's turned to other pursuits and feels that this is a good time to leave. And to leave on a high note. It also looks like his horological business is taking off.

While Ming has announced that he's finished writing about photography on his blog he leaves for us a rich lode of really interesting reviews, ruminations, photos and opinions. And, he's written that he'll be leaving the blog and website up for the time being (no longer accepting comments...). I don't know how long "the time being" might be but if you have an interest in reading his posts and diving into another photographer's brain then here's the link:

I highly recommend it as a source of great information, interesting opinions and, for me, an insight into a man from the other side of the world.

Thank you, Ming Thein for all the joy, fun and insight you provided on your site. I will miss this valuable resource!!!

Posted by Kirk, Photographer/Writer at 08:36 7 comments: