The role of social media influencers in the camera market. 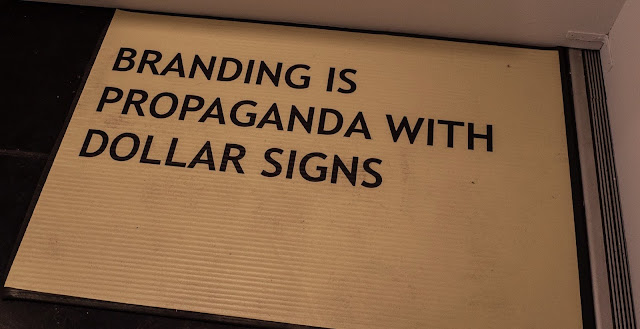 I spent eight years working in an advertising agency that specialized in "retail marketing". Now we'd probably call that B-to-C; business-to-consumer advertising. When I was working directly in the industry, as opposed to my current indirect role, we didn't have anything resembling social media and the closest we had to social media "influencers" were the hoary celebrity endorsers. Usually well known sports figures or television personalities who would pitch products and services on TV and in print ads. The idea that someone whose only accomplishment was being alive and documenting their homogeneous existence on a free video channel on the internet would have been mostly unthinkable. But here we are.

We now have a family of women who are famous they shop, apply make-up and workout, and they are becoming social media billionaires (the Kardashians). We have a desperately under-qualified, sociopathic, social media expert as the president of the wealthiest country on the planet (though seemingly, not for long), and we have a bunch of people in their twenties making seven figure incomes because they are good at telling their personal stories on YouTube; and also getting all gushy and drool-y about products that are sent to them to "review." There is even an elementary school boy who  pulls down millions each year reviewing toys for other children.

But I have to think hard to understand whether or not social media influencers in the camera and photography space have done more harm than good for the industry; and for their audiences.

Advertising strategies for camera companies were relatively easy before the web rolled around. There was a handful of national and international magazines devoted to photography and nearly every ardent photographer subscribed to one or more monthly publications (or read them on the newsstands). They ranged from a magazine that started out as a local trade publication for professionals in NYC (Photo District News -- raise you hand if you remember when they used to be tabloid sized and printed on newsprint!) to wide ranging, glossy, general interest publications like Modern Photography and Popular Photography. All more or less relegated to oblivion now by the ever-encroaching web.

If there is an apt analogy to the print age then Digital Photography Review's website is the working combination of Modern Photography and Popular Photography with a little bit of Darkroom Photography thrown in for good measure. The critical focus across each of these media is the reviewing of product, the advertising of the same product, and a conduit with which to link buyer and seller. Now it's the ubiquitous "link" while in the days of old it was the endless advertisements in the back pages of every issue.

In the magazine age there were few alternatives for advertisers beyond printed ads in targeted publications with a flourish of trade show excitement thrown in for good measure. I suppose the influencers at the time were the top tier photographers of the age. Mostly the editorial ones whose credit lines graced widely published photo stories in large scale, prestigious magazines. But it was a different era and many photographers worked across two or three different camera systems at a time. Every assignment might be different. The tools changed with the job and the publication. This made it more difficult for anyone to commit to a single brand. Photographers as influencers were much more gear promiscuous.

Now we have people who are called influencers, ambassadors, explorers of the light, and other silly titles.

Instead of shooting for big magazines and then using the awesome quality of their real work as leverage for their camera company clients the new horde of influencers rarely shoot anything for real world clients and are proudly pursuing careers in.....testing and touting cameras. And lenses. And gadgets. And presets. And t-shirts. And baseball caps with logos. Tony and Chelsea strive to be the Kardashian family of photography. All of them got into their influencer niche not because they loved being out photographing but because, for a long while, it was easy money.

Wouldn't it be super cool if every "influencer" in the camera space was judged by his or her actual work first? Imagine going to a YouTube channel and having the first thing you see be a giant gallery of the influencer's work. Imagine that the work turned out to be was soulless and vapid and not particularly well done. Would you still "highly value" their recommendation of the 25th or 26th camera they have reviewed this year?

Imagine a reviewer whose whole life revolves around reviewing. Certainly they should be able to sharpen their reviewing stick and really nail well produced and entertaining reviews but... would the value be there for you as the viewer? As a dedicated camera user? Is it enough for you that they talk a good game? Can you trust someone to really judge the handling of a camera if all the handling is done at a sponsor's junket? Would you rather hear from someone who buys the camera with their own funds and uses it daily for months or years until its operation becomes second nature before they write about it or discuss it? Is it enough for their audiences to listen to a regurgitation of the press release and the owner's manual?

Certainly it's the frothiness and the studied earnestness of the influencers that helps us come to think of our recently bought photo gear as quickly becoming obsolete, antiquated and less than capable. Surely it's their smug appreciation of that new menu item or seventh function button that drives us to want to buy and use a new camera just to have access to a control feature we never needed in any of our past photo adventures.

In one sense the camera market, under constant pressure from the influencers, is becoming tribal and divided as never before. Even though camera sales are dropping like a bag of lead feathers every time a new model launches the appended comments on every vlog and website are strictly demarcated between ardent fans and hate filled detractors. One camp certain that this or that new camera will bring them closer to photo heaven while people in other camera tribes protest with loud conviction that the same camera is a tool of Satan and riddled with booby traps and  crippling failures that will bring nothing but sadness and rent cloth to the bewitched adopters.

Why am I writing this now; today? Because I just saw a flurry of reviews for a Hasselblad product across nearly twenty YouTube channels by "reviewers" who rarely stray from talking about Canon/Nikon/Sony and who've never, as far as I can see, used or even flirted with medium format digital cameras before this bunched up flurry of reviews.  And I'm baffled. Or cynical.

It's enough to make me grudgingly believe that an old school review site like DPR has merit. Not enough depth but a lot more value than some dingus fussing around with brand after brand after brand, week after week.

I understand that a unified marketing platform no longer exists on which a camera maker can place a year long buy of ad space and have any chance of hitting 50 or 60 % of all targeted buyers. But I wonder just how influential the social influencers are in moving brands that won't move at all by themselves.

Or said another way, where are the Pentax influencers? Have the influencers saved Profoto? Do we need the shallow and transient information the vloggers are sharing or do we just visit their channels because we're bored. It's kind of sad.

Circling back, let's have a zoom workshop. right....

Above somewhere in the post I wondered if the influencers do more harm than good for the industry. Think about this for a minute, in the stock market there used to be people who encouraged investors to buy and sell frequently. Jump on a hot tip. Sell in a moment of anxiety. In each sale or purchase the agent or broker made a bit of money. A monetization of their suspect advice. This was called "churn." Some brokers would work their audience (fans?) hard and in the end the investor would lose a good part of their net worth and either change their overall investment strategy or run out of money.

A good Sony Vlogger works for Sony by churning Sony users (same with Nikon, Panasonic, Canon, etc.) and manipulates them to become dissatisfied with the very camera the influencers themselves recommended only a few months before. The audience capitulates to the sales pitch couched as informational/editorial content, sells their old camera at a loss and pays a premium for a new camera that may or may not be even fractionally better than the one it's replacing. Eventually the buyers catch on and stop buying altogether. Or they realize they've been "marks" who are systematically beggared by a relentless wringing of their financial sponges. And they remember that this is just a hobby and that everything they liked about the hobby seemed much more fun before the gear churn set in. They might decide that their phone is good enough and exit the hobby altogether. Sony (or other manufacturers) in concert with their influencers could have churned away what might have been a long term source of well paced income; if only the product cycles and the churn weren't so relentless.

We're trained, I think, to regard those YouTube channels in the same way we do television channels. We know where the commercials begin and end on TV but we fail to understand that most photo/video blogs are one big commercial all the way through. And we trust our influencers because we mistake them for educational experts instead of understanding that they are just salespeople priming the overflowing pumps for the camera makers. It's an odd construct and one that leaves me cold.

Posted by Kirk, Photographer/Writer at 18:23 19 comments:

A New Portrait. We did this one right before the initial pandemic shutdown. I just recently got the client's selections. 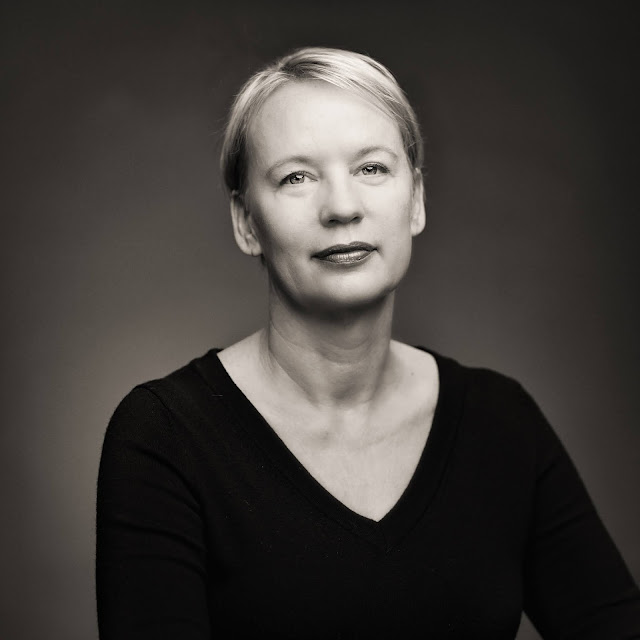 Vera owns an advertising agency in Austin. I do work for them from time to time. She contacted me just before the holidays last year and asked if I could do a portrait in my favorite style of black and white photography.

I set up the studio and we spent a quiet hour making portraits. I used the Lumix S1R and set the camera to shoot in a 1:1 (square) crop. The original files are in color and I did most of my post processing in Photoshop and then switched to Luminar 4.x to do the conversion to black and white.

The lens was the Sigma 85mm Art lens for the L-mount.

I'd love to hear your responses to the work. Thanks.

Posted by Kirk, Photographer/Writer at 12:35 22 comments: