The perils of divided attention. Or...why audio stuff is always the video component that bites you on the ass. 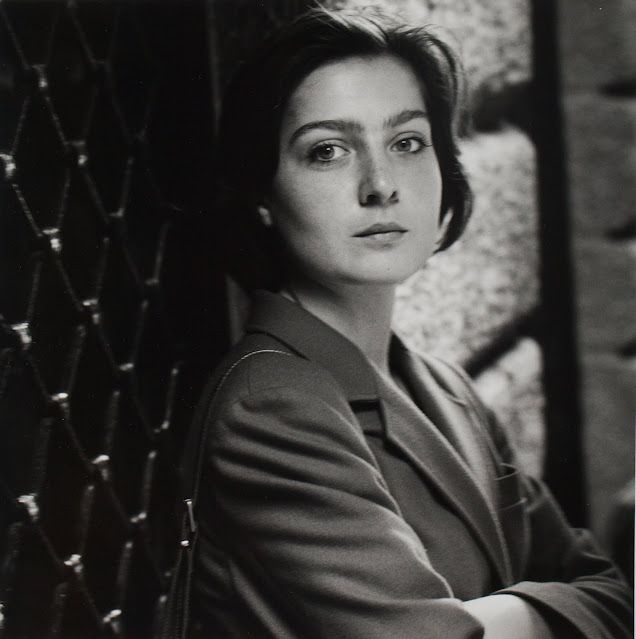 On a side street in Rome. Taken with permission. Mamiya 6 and 75mm lens.
You never know when but you know you're going to screw up something at some point.
I worked all afternoon on a video project with a good friend yesterday. We did our filming at a location about 20 miles from our respective home bases. I was working as a one person crew and every was going very smoothly. When I got up this morning I swam, had breakfast and then headed into the studio to scrub through my footage and make sure everything was good. I also wanted to get the files imported into a Final Cut Pro X library and also back it up on a second drive. When I spot checked each clip they all looked great. Same exposures, same colors and very good focus throughout. I was happy.
After lunch I circled back to check out the audio we did for the "opener" and the "goodbye" sequences but I wasn't too concerned as we were having Kenny lip sync the two (important content) songs from recordings he made in the studio --- which also sound fantastic.
I checked the audio in all the opening sequences and it was right on the money. I remember setting the levels and also monitoring the audio with a pair of earbuds. It sounded great. I was elated. We shot some other stuff in between and then took the camera off the gimbal, added the same audio interface I used for the "hello/welcome" speech and placed the microphone exactly. I must have been tired/distracted/stupid or concentrating too much on the visual side of things but at some point the phantom power button on the audio interface got turned off and no power flowed to the microphone. I carefully watched Kenny's performance to make sure we nailed focus and I guess I just assumed that we were getting the same good audio I'd monitored on the earlier shot.
The sad thing is that I know better and I got sloppy. I should have had a set of headphones on and been monitoring everything in the "intro" and "outro" speeches. I should have been paying more attention to the audio levels. I would have caught the mistake immediately. But I got overly confident in my "one man band" abilities and now I get to fix my mistake.
Our options are to re-shoot at the same location (more difficult) or to have Kenny come in to the studio and try to ADR to his original speech by watching his own lips (still difficult). We'll try recording in the studio first and if we can't make it work we'll default to plan "B" and reshoot that precious (and needed) 8 seconds of audio, along with its matching video, on Tuesday evening. Thank goodness we don't have an immediate deadline to deal with.
So, I make mistakes. I'd almost forgotten that. It sure hit me in the face this time.
I'm putting myself back in remedial studies. For the next ten shoots I'll pull out the laminated check list and do every step by the numbers. Thank goodness I'm not a brain surgeon.
I just remembered why big productions have a sound engineer and a different guy on the camera and another guy on lighting and another......

The best way to deal with screw-ups is to figure out where you fell down and how to fix it and to own up to your mistake as soon as possible. Procrastinating can limit your client's options and make things worse. A timely "mea culpa" followed by a good fix is always the best way.

Jeez. And here I thought I had it all going on.

Posted by Kirk Tuck, Photographer/Writer at 17:07

DO you have such a laminated checklist?

I don't recall the title, but several years ago a doctor wrote a book about how using standardized checklists in the OR and ER significantly reduced the incidence of mistakes. He also used the "miracle on the Hudson" as a similar example.

When I was flying, I used my own checklist, which added a few items to the aircraft manufacturer's one, and re-ordered into a sequence that flowed more smoothly for me. I own up to the fact that fear of death motivated me quite strongly.

>>> I'll pull out the laminated check list and do every step by the numbers. Thank goodness I'm not a brain surgeon.<<<

or a flight instructor. Check lists include that important check to see if the wheels are down before landing. It can happen to the best of them, without checklist discipline.

Or you could land up like I did once, going away for a weekend and not taking any spare shirts...thankfully I was able to borrow!
Ever since then, whenever I go away, I do a list. In fact, there are usually two lists, one for my suitcase and one for my rucksack/ camera bag.
And of course there's my "to do" lists, also very useful!

Laminated check list is very good idea. Such "essential checks" cards are mandatory to use for pilots in the IAF. So you are in good company.

I wonder if some people avoid the laminated checklist because they feel it looks amateurish? When I was a liveaboard cruising sailor we regularly took on volunteer crew and found the LCLs really useful. The 'departure' checklist went through about twenty-five items and we used it almost every day. Our mantra: there will be no surprises, there will be no shouting!

Years ago I told myself, "If pilots can use a checklist, I can too." Since most of my photography is on location and miles from home I made up a packing checklist. Mine are not laminated, but that's a good idea.

I've gotten out of the habit of using them, but need to get back to it. Not too long ago I headed out for a shoot, got out on the interstate before I realized I had left my phone on the desk. Luckily I'm compulsive about extra travel time, so was able to circle back for it and still make the shoot on time.

I used to tell my assistants, "They hire me because of all the mistakes I've made." In response to the puzzled looks, I would go on, "They know I won't make them again."

I had to scratch an interview once because we hurried the moment and assumed the audio was good. The wireless mic didn't get turned on and I wasn't wearing my headphones until about 15 seconds into the interview. We corrected and started over, but much of the emotion of the moment was lost.

About 3 years ago we shot an entire day of guitar videos that ended up having no usable sound. We shot them exactly (or so we thought) like the previous time that were spectacular. We learned to play back the first recording and make sure it's good before proceeding. Your equipment is not going to work every time! Everything breaks.

The book is called "The Checklist Manifesto" by Dr Atul Gawande, noted Harvard surgeon and accomplished author.
Highly recommended...I urge everyone to read it.

I'm sorry about the mistake but no lives were lost, no blood was shed, no sheet metal was crumpled, and you'll do better next time

First rule of being a pilot: "Fly the god damned aircraft."
Second rule: Do it well.
Third rule: Do the checklist.