A lens update. A very satisfactory outcome. And a walk through America's most sought after city with the new lens glued at f2.0. Time to amble. 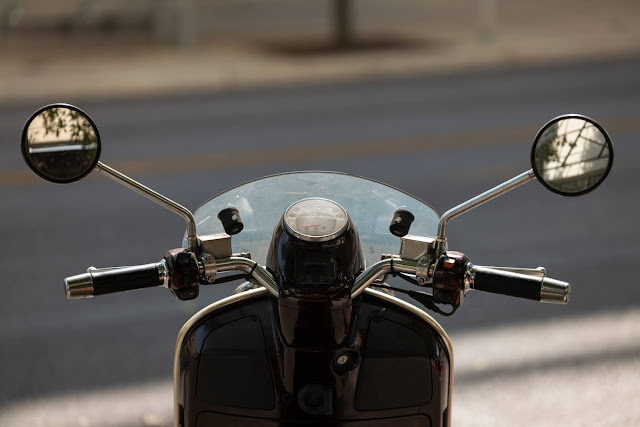 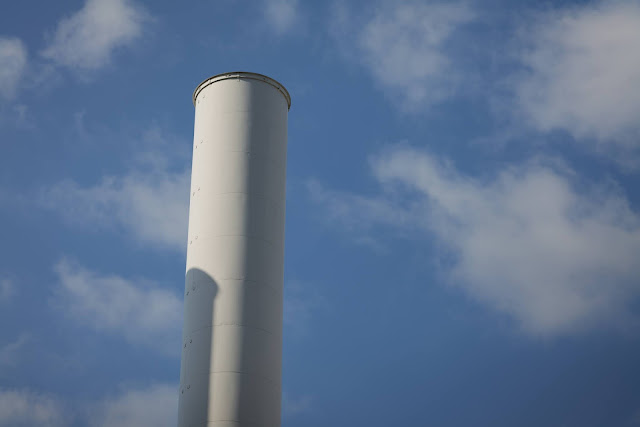 Today was the first time since I bought the new lens that I've had time to put it on a camera and take it for a spin. It was a beautiful day so I took the new 85mm and an S1R out for a pre-lunch walk. First observation: It's a good compromise between the speed and the size. The lens balances well on a good sized body and is comfortable at the end of a well made shoulder strap.
Since we always like to say that no one buys a fast lens to shoot all day at f8.0 I decided to shoot every single image at f2.0, which is one stop down from wide open. I could have shot everything at f1.4 but that's such a shallow depth of field that I'm not sure how much I would have learned today; other than whether the camera focused accurately there.
So, all the images here were shot at f2.0 and minimally processed from raw files. I am very happy with the performance of the lens and can't wait to use it for a night shoot coming up on Wednesday.
If you look through the images you'll find several building shots where I've included a direct reflection of bright sunlight off highly reflective window glass. While I can see a slight flaring on small parts of the image there is no veiling flare at all and everything remains "crispy" even though the super bright highlight is included in the frame.
It seems that Adobe has included an 85mm DN DG lens profile now in Lightroom because there is none of the pincushion distortion in the frames which I had seen in early reviews, which were pre-software update.
This is a situation in which trading up to a newer design pays off well. The lens is infinitely more manageable and easy to carry. It's easy to use and has more features. But more to the point, Sigma was able to deliver all this at the same price point as the older model. We even got extra goodies such as the external aperture ring. That's a plus even if you never shoot a second of video. It's all about having operating options. 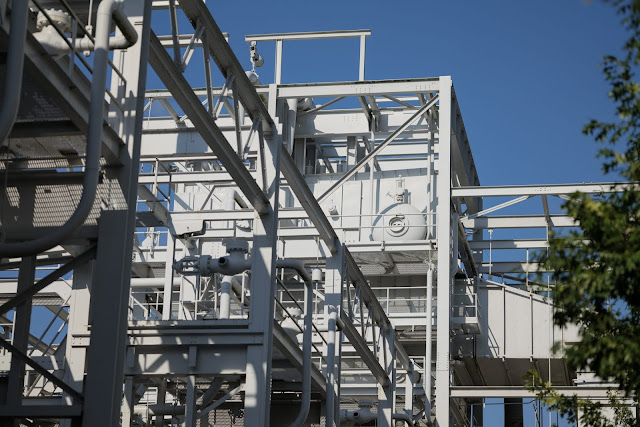 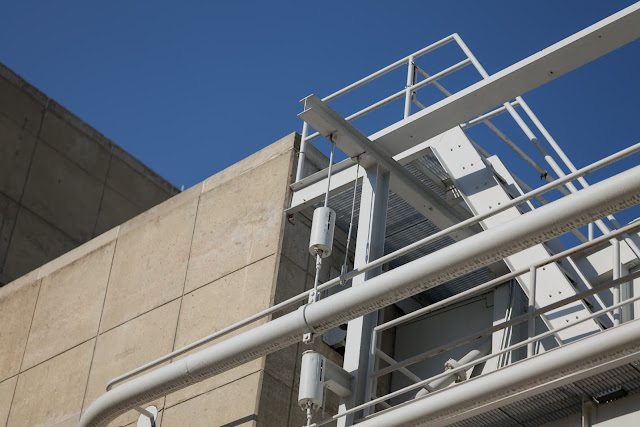 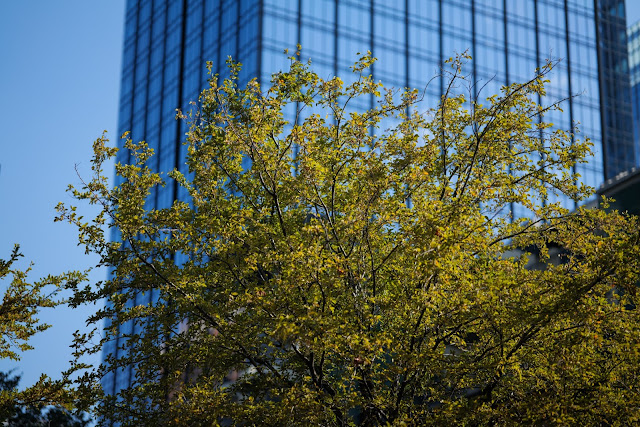 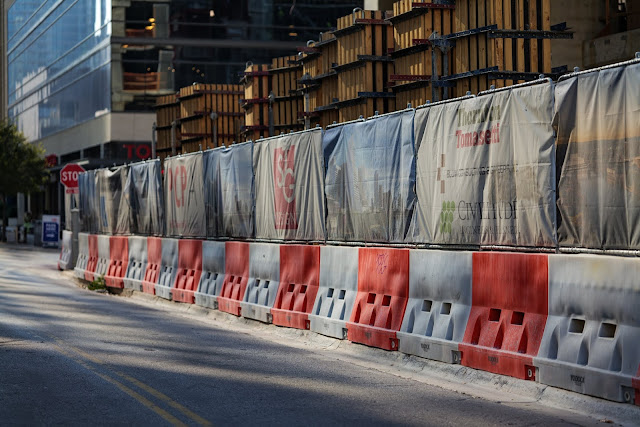 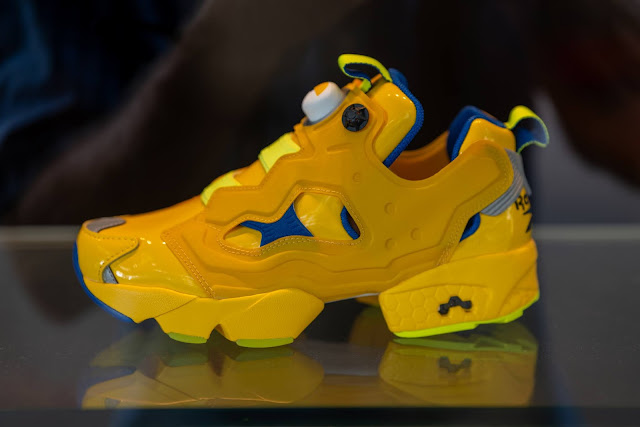 That is one bright running shoe. Damn, that's ugly. 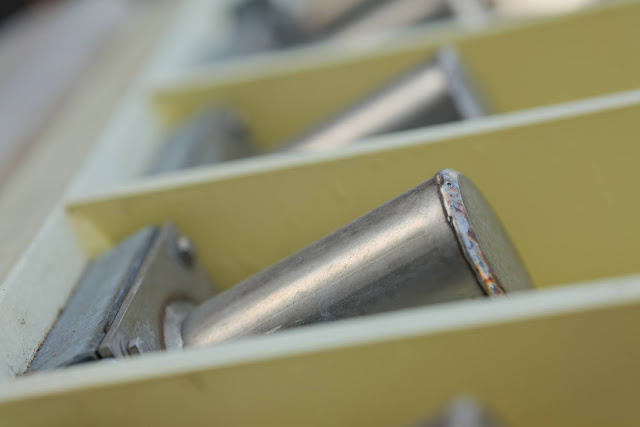 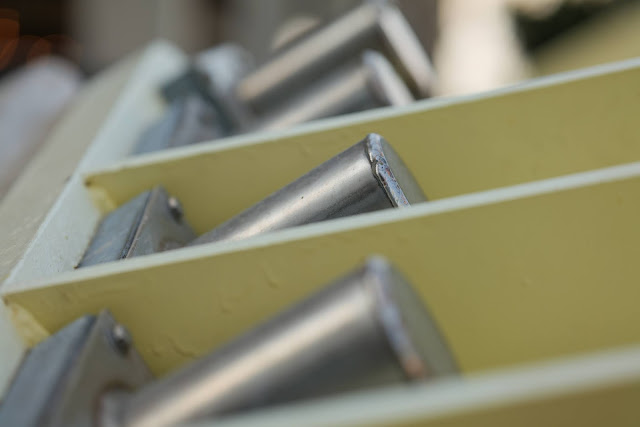 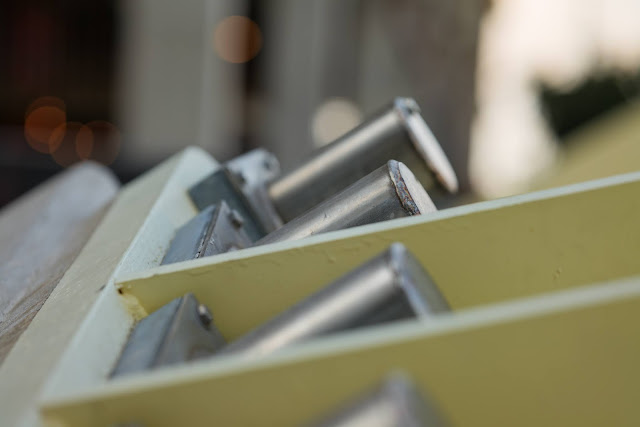 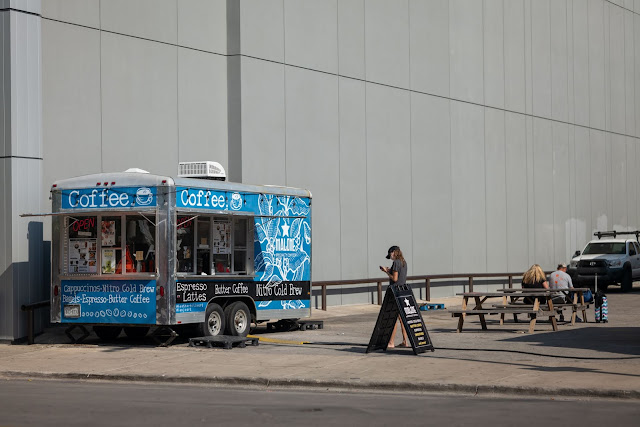 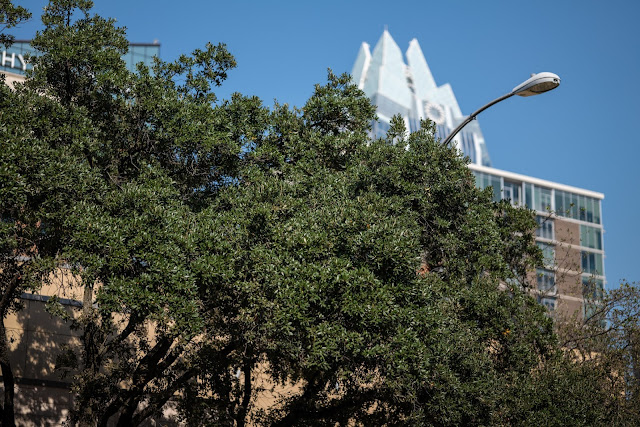 I shot a number of images like this one where the foliage is in focus and the buildings in the
background are out. It's interesting to see the effect. More depth? 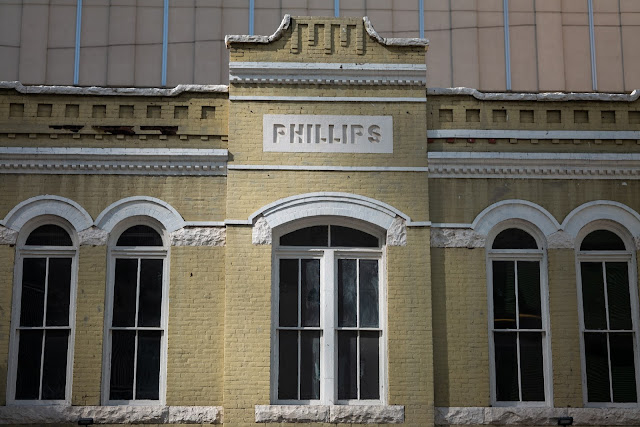 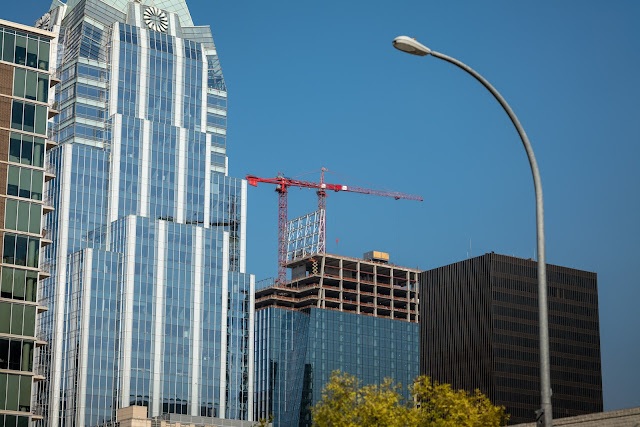 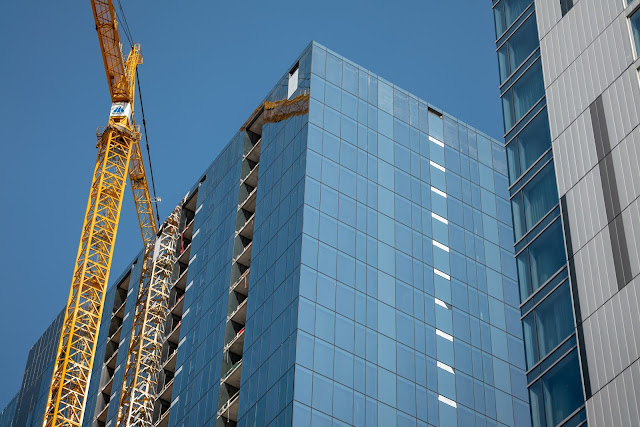 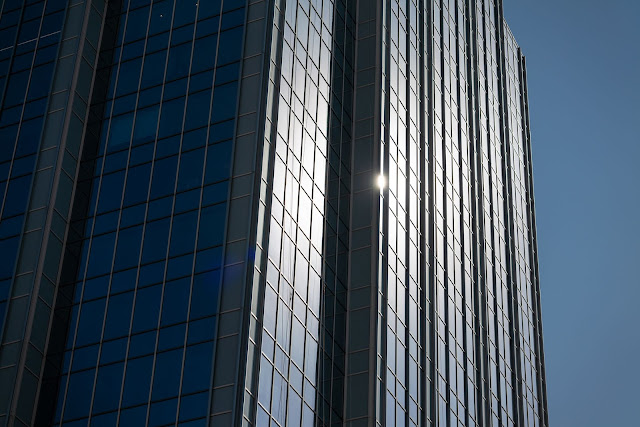 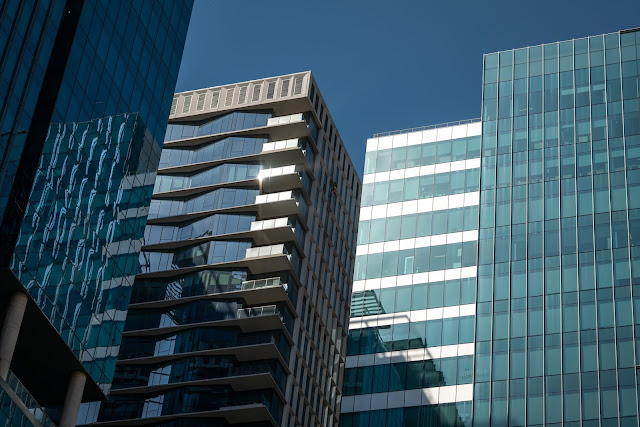 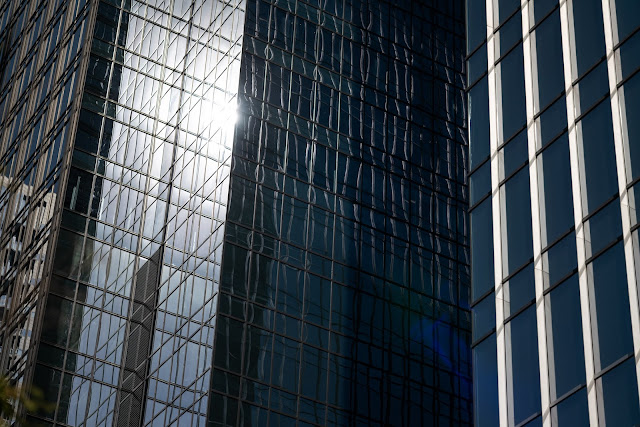 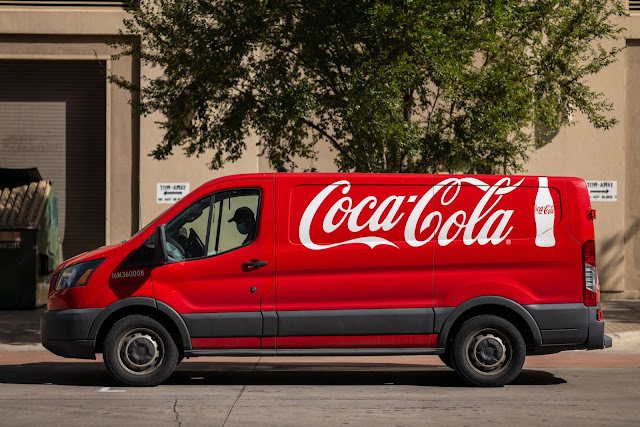 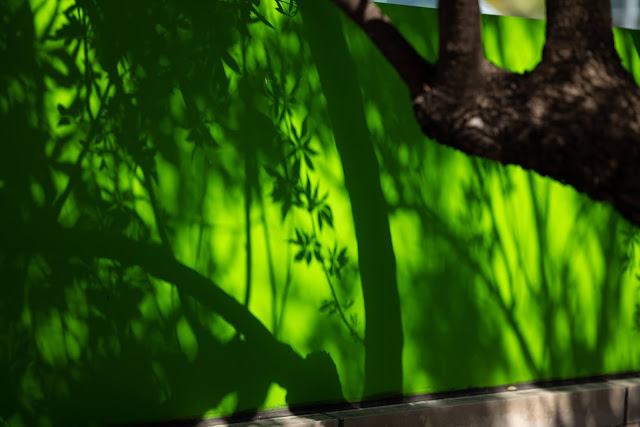 I mentioned in the title that Austin is now, once again, the most sought after re-location destination in the entire United States, according to a recent article (today) from Forbes. You can read it for yourself:
https://www.forbes.com/sites/petertaylor/2020/10/11/covid-19-has-changed-the-housing-market-forever-heres-where-americans-are-moving-and-why/#2ff5989861fe
People are moving in droves from last century cities looking for warmer weather, the ability to be outside for more of each year, the presence of smart jobs and the presence of an embarrassing oversupply of high tech employers. The wildfires are chasing people out of California and Oregon, last century hate politics  and lower educational achievement are making Southeastern states unbearable for nice people and smart people, and the rust belt has run out of jobs. Everyone else is trying to escape the cold.
But if you have visions of re-locating to Austin you should know that it's currently the most expensive city in all of Texas in which to live. Property taxes are high and housing prices in the city proper are much higher than national averages. You'll need one of those high tech jobs to make it all work. So dust off those post graduate degrees before you fire up the mini-van and load up the roof rack.
Current prices for "tear downs" in the most desirable neighborhoods of West Austin have, on average, breached the one million dollar mark and even at those prices the market is red hot. I never imagined we'd see single family house lots hit that dollar amount but here we are. And if Forbes is right this is only the beginning.
Funny that "bluest" city in Texas, replete with a liberal, democrat mayor, boasts first place as the desired destination for employers and families in a comparison with the rest of the country.
On my walk today I saw and cataloged at least ten new 20 story or higher buildings in various states of construction in the core of downtown. That's just in one small area. The giant cranes are a fixture in every corner of the city and in many of the quickly growing small towns that surround our city. It's a region poised for quick and continued growth. Just remember, markets ebb and flow...
Posted by Kirk, Photographer/Writer at 15:49 9 comments: