The best way to drive is to look out through the windshield in the direction you want to go. Too much time spent looking in the rearview mirrors is dangerous and may cause one to loose situational awareness in the moment. 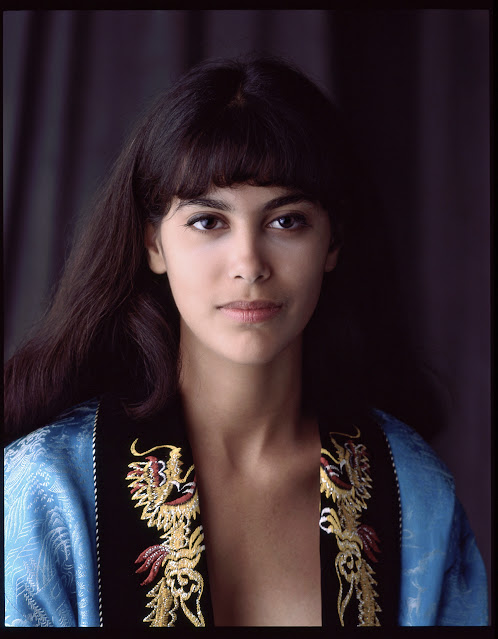 Posted by Kirk Tuck, Photographer/Writer at 14:11

Spot on as always. Such great metaphors with writers and artists. We are both aren’t we.

I am totally in love with the act of creating art / photographs. It consumes me. I ache for those highs ( those peak experiences), that fell me with natural highs... the photographs later become triggers for my own memories and experiences.

So much like writing it so often heads out into the world to be seen and interpreted. The visual arts has such a looser language I suspect, with so much more emotional reactions in the viewer.

You have me thinking and reflecting on my own practice.

Despite looking ahead as you look forward. Driving a car is still very rooted in the here and now. Which I think is vitally important. Yet I too often look too far ahead, possibilities. I love dreaming.

Great analogy. Great portrait. I like to reminisce occasionally, but I much prefer to keep moving. I still feel like my best days are ahead of me.

I come here to read posts like this. They make me feel optimistic, which is never a bad thing.

There are always exceptions to any rule, I actually learnt to drive reversing coaches (bus?) out of a wash and parking them up, all in reverse, someone else froze them in and through :-) I did eventually get a car and drive forwards I’m pleased to say.

Phew! I took the headline for this post too literally, and thought it was a preface to a post-by-phone from the ER following a rear-ender.

Sorry to rattle you, Chuck. All good here. No one flying through the windshield. And my Subaru has that EyeSight safety stuff and will hit the brakes for me if I become overwhelmed with checking my profile "likes" on my phone...

Probably a rough time to make a visit to the E.R. I'll remember that when I'm driving.


Thank you for a thoughtful and sensible post. Reading this article was very worthwhile. Sitting on one's laurels, and thus wearing them there, is never edifying, nor even fun.

One thought: there may be interludes for all of us when revisiting the past and becoming reacquainted with older techniques, such as slow, careful large format BW, can be a revivifying change from our current run-and-gun digital world, supplementing and broadening current techniques, not supplanting them. ( My resulting 5x7 BW negatives are digitally scanned and printed, though.)

Spot on my friend

Excellent points on GAS--I really like the analogy with writing and "writing machines." My writing seems to be the same whether I use WordStar or MS Word. I periodically sit down and write a letter out by hand to a friend or a relative...it is a bit of a different process all around, and enjoyable on another level or three.

Now if I can only find a good Bluetooth keyboard for my iPhone 12 Pro Max...

Great post, BTW, I really enjoyed both reading it, and the insights you provide.