My continuing interest in both micro four thirds cameras and Sigma lenses. 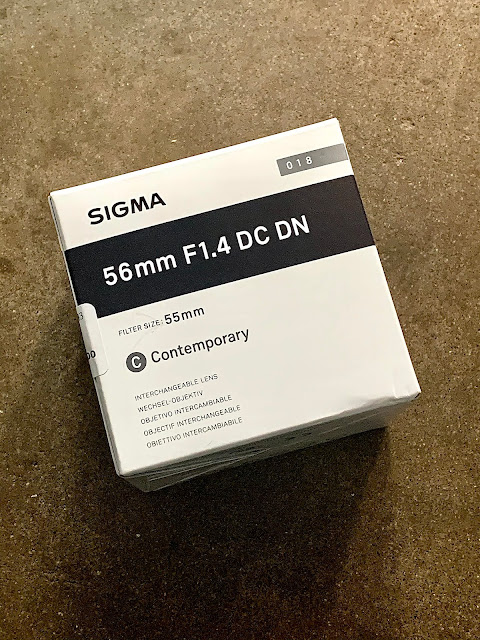 I had a tough time practicing self-restraint today. I saw, via their website, that Precision Camera had taken in a used Panasonic GH5S which was bundled with the battery grip and a SmallRig camera cage made for the GH5S with the battery grip. The price was $1,499. I went up to inspect it and I have to say that the camera was in perfect condition. Not even a tripod mark. I wanted to buy it on general principle because I had one once, before I was smart enough to appreciate it, and it's wonderful camera for making video. The biggest advantage is also the camera's biggest disadvantage: The camera is equipped with a 10 megapixel sensor.

For video this is a distinct advantage because the sensor is absolutely right sized for 4K video. The bigger pixels on the sensor make it more light sensitive which translates into better high ISO noise performance. The relatively low number of pixels means that the system gets data off the sensor and into the buffer much more quickly that would a higher density sensor, which reduces rolling shutter. It's all wins in the video category.

And, of course, the disadvantage is that you only get 10 megapixels of resolution for photographs. Enough I think for the web but probably not enough to satisfy most picky users.

The camera also lacks in body image stabilization, which some find to be a full-on deal-killer. I would have thought so a few months ago. In a blurry time I call: the Pre-Gimbal-anian period. But the lack of IBIS has one great advantage, the camera will run for a long, long time and never get hot because the sensor is wedded to a big, internal heat sync; something you can't really do with a stabilized sensor. And the smaller sensor with fewer pixels has less to process and generates less heat to begin with.

(Read the full comment below by Hal. "...And out of curiosity, are you sure that camera overheating is more related to the sensor itself or to the CPU/GPU in the image processor? I always thought the heat was more driven by processing than the data flow off the sensor. If so, that would not make IBIS any more problematic than a fixed sensor from a heat generation standpoint, as the thermal bottleneck is downstream from there."

I'd never made that connection before. It's an eye-opener for me. Thanks Hal !!! )

At any rate, I stood around at the counter and played with the camera and the cage/rig for a while before deciding that my real interest in acquiring new video cameras all hinges on whether or not they can create ALL-I video files. This one can. But then so can my S1H and my GH5. Oh, and also my Sigma fp. Would I really be gaining anything? Not so much.

Sure, it might make a really good dedicated gimbal camera but the GH5 is doing a fine job at that since it acquired the latest firmware update. I use it now instead of the G9 mostly because the GH5 offers the ALL-I format and I think I can see a difference in the way motion is rendered between the two file types.

In the end I decided not to spend another $1,500 for a camera I don't really have any pressing need for. Sad. If I knew of an up and coming videographer who needed a great camera to start and grow with I couldn't think of a better one than that GH5S at that price. For me it would be just another excuse to move from a three camera set up to a four camera set up and at that point the editing of hour long video projects would become overwhelming.

But on the way out of the store I spied a lens I'd read about recently. It's the Sigma Contemporary 56mm f1.4 lens which is available for m4:3 cameras and also for Sonys. I asked to see one on a Lumix G series camera and loved the finder image. I decided it would get much more use than yet another camera body. So I brought one home. Now I'm on the way out the door to go into a gray and inconsistent weather day to see just how much I really like the lens. Or not.

That's the next report.

Also, we're shooting video for another concert at the theater tomorrow night. It's the same show I shot stills for this past Wednesday (Female Rock Stars from the 1970's). I've changed video tripods and fine-tuned every aspect of the rig for stability and ease of use since last week. We're still going to do three cameras but I'm determined that our follow camera work get much, much better. Wish me luck.

Posted by Kirk, Photographer/Writer at 14:29 7 comments: