So, if full frame cameras are Eldorado then why do I keep passing up the ones I have in the drawer and grabbing the GH series cameras for serious work? 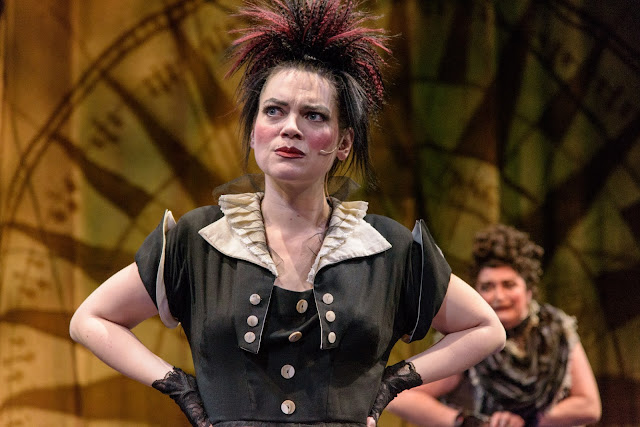 And, of course, I am inconsistent enough to illustrate this particular post with a photo
from a full frame camera.... go figure.
This isn't going to be a long and deeply considered essay on choice but instead just a few observations about my own peccadilloes. Since 2009 I have been unable to let go of micro four thirds cameras no matter how hard I try and no matter how logical that move would be. There's something a bit addictive about the smaller format cameras that keeps me coming back for more.
I thought we were done when I jumped whole hog into full frame digital cameras with my adoption of the wickedly good Lumix S1 series cameras around this time last year. I still admire them and I still use them on most of my photography assignments. They create big and richly detailed files and that's what I should always be looking for. At least that's the current, popular point of view, but I find myself not especially excited by the "idea" of them. With perfection comes a bit of boredom.
I started to gravitate back toward the smaller format cameras from Panasonic about the time that digital video started to grab for more and more of my bandwidth. When I focused on making more videos and fewer photographs a few things became very apparent to me.
The first is that sensor sizes are best taken in the context of your imaging intention. If you are on a quest for narrow depth of field and a noiseless file then a full frame (or bigger) camera is what you want. But if you are making videos and you want to move around while keeping deeper subjects in focus the logic gets slipperier. This is compounded if you'd also like to use your camera and lens on a gimbal. Then you start thinking about weight a lot more carefully.
I've shot with so many cameras and they all have distinct personalities. While most photographers seem to gravitate to cameras based on their imputed performance and their pedigree I've always felt like a bit of a contrarian.
Have you ever noticed that all those guys who march around and say things like, "It's not the camera! It's the photographer!!!" and "The most important gear you possess is positioned right behind your camera!!!" are fully equipped with the latest, greatest, fastest and most well spec'd cameras and lenses they can lay their hands on? I've been doing this for a while and my anecdotal evidence says that's true.
I like the smaller cameras because they feel right. They've evolved beyond the need for technical supremacy and their reason for existence now is to make images that feel right and look good in the modern media we mostly use now.
I'm packing to do a video shoot for a friend this evening. I could pack out a bunch of sinisterly good Lumix S-Pro lenses and an S1H with its buddy, the V-Log enabled S1, but my immediate and gestalt packing spasm found me stuffing the rolling case with a GH5, GH5S and a G9. That and a nice assortment of both native and third party lenses. Each one of these cameras has proven itself to be more nimble and graceful on a Ronin-S gimbal and all of them are capable of video that's as good as anything on the market --- at least if I do my job and light each scene well.
I've been practicing today with a feature in the GH5S called "focus transition." You can use it to set up to three points that you want to rack focus between and the camera will do perfect focus pulls every time. You can set the speed of the transitions and even the start time. You have total control but the camera does the heavy lifting and the precision moves. I'm sure the feature is also somewhere on the S1H but I haven't looked for it. The GH5S just feels so familiar and friendly.
Ben needed a portrait for work this week so we set up the studio and I found myself grabbing the GH5S and the Sigma 56mm f1.4 because, again, it felt comfortable and transparent in use. I found myself ignoring the camera almost altogether and concentrating on getting a sweet, smart, profound, happy look out of Ben.
The list goes on and on. I've transitioned in my shooting of the outdoor concerts from using, almost completely, full frame S1x cameras to using nothing but m4:3 cameras to shoot the 4K video. And you know what? If we stick to using ISO 800 or even 1000 there isn't enough difference to justify spending more and hauling more.
I'm spoiled. I'll keep both systems. Someone will always want a 47.5 megapixel file. I might want to play around with near zero depth of field. But more and more the GH5's are the ones on the way to getting their shutters worn out. I can hardly wait to see what Panasonic delivers if they ever roll out a new, GH6!
Off to play. See you tomorrow.
Posted by Kirk, Photographer/Writer at 17:26 10 comments: