My newly unleashed super-cam finally became a high performance competitor after I, painstakingly pulled $7.95 out of my plastic squeeze purse... 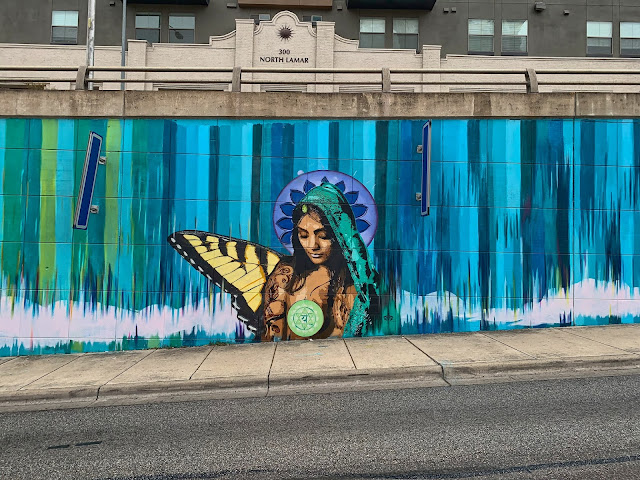 New art on the underpass walls where Lamar Blvd. runs under 2nd St.
This is the west wall.
do you know someone who spends money like a drunken sailor on hardware but is as cheap as Ebenezer Scrooge when it comes to buying inexpensive software and apps? I do. The guy I'm thinking of makes impulse buying seem like long planned strategic acquisitions. He can go from, "How much is that plastic nifty-fifty?" to "Oh hell! just give me the one that says 'Leica' on the front." In seconds.  I've literally experienced him going out for a quart of milk and coming back home, hours later, driving a new car. But ask him to drop five or ten bucks on an app for his phone and he clams up and goes comatose. It's astonishing to watch. It's like spending pocket change on productive apps causes him physical pain (ellipses desired but resisted).
Sadly, I'm basically describing myself. I can rationalize a $2300 50mm lens but I actually agonized for days last Summer about whether or not to spend $7.95 to acquire what all my cinema-intensive friends assured me was the best software package to give me complete and easy-to-use manual control of all the video settings on my iPhone XR. Once I decided to make the purchase, and spent a few hours getting up to speed, I couldn't see how I had managed to live so long without it. That app is called, Filmic Pro. It turns any recent iPhone into an even better video camera than it was to begin with. I use it all the time.
In fact, I found myself wishing, a few days ago, that I could get as good an app to do still photographs with my iPhone. Silly me. I should have known that Filmic would have that covered with an app called, Firstlight.
Before I continue, a disclaimer: I don't have any links or advertising of any kind on the on the current blog. There may still be some dead Amazon Affiliate links from 2019 or early on some of the blog posts that are still up and readable but those links don't work and I an not an affiliate agent for any company. Nor do I get stuff for free. I learned my lesson on that back in the Samsung camera days. It's hard maintain a posture of strict neutrality when readers see you getting free stuff and then read your posts talking about how great the free stuff is. I just am not interested in that whole program right now. Go scream "paid shill!!!" somewhere else. End Disclaimer.
So, I think iPhones are really great everyday cameras for a lot of people but my biggest aversion to joining the cult was not being able to wrest complete control away from the phone's native app and bending it to my will. Of course, my friends at Apple would laugh and tell me I was just feeling threatened because the phone's apps know how to make great photos better than I do. (ellipses sorely desired).
Filmic's Firstlight (for stills) gives me a ton of control. I can change focus deliberately and in conjunction with a focus peaking feature that works great. So, highly controllable manual focusing. I can change shutter speed and ISO as well as WB. I can lock focus and lock exposure. And I can shoot in four different still photo file formats: DNG (raw), Tiff, Jpeg and Heic. There are filters for artsy interpretations as well as several different, and highly usable B&W settings. It's actually both amazing and makes the phone much more useful. Click on any image to see it bigger. 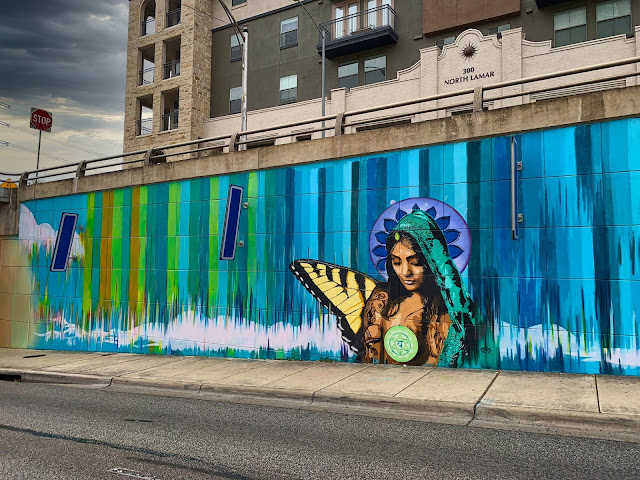 I loaded the software on my phone, took a quick, online tutorial, and went out in the rain to see what I could do with the new combo. The app and camera/phone worked perfectly together. The only things that hampered my shooting were my glasses continually fogging up and the lack of exciting, half-naked super models roaming the streets, demanding auditions and test shoots with graying art photographers. 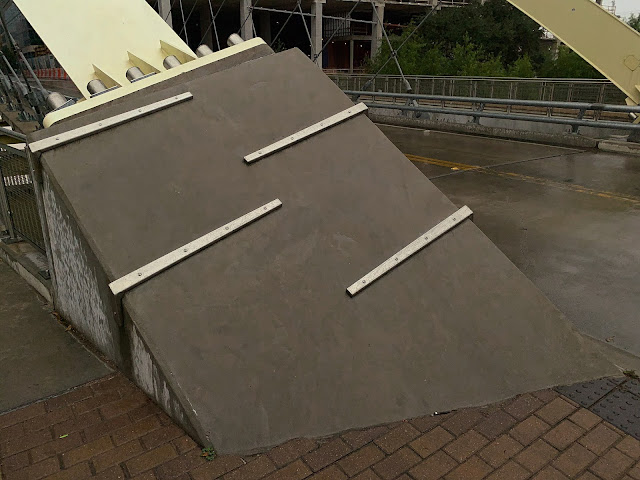 My watch tells me that I spent an hour and a half walking around on the downtown streets and that I walked a little over three and a half miles today. That was to be expected since our pool is closed today, as it was yesterday, out of some misguided concerns about the holiday. Surely the coaches could have abandoned their families and friends just for a couple of hours each day so we could get some swims in. (ellipses so strongly desired it's become painful--- must fight the urge). 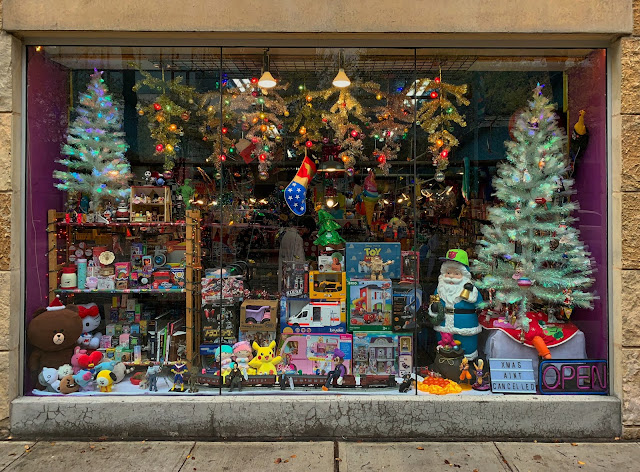 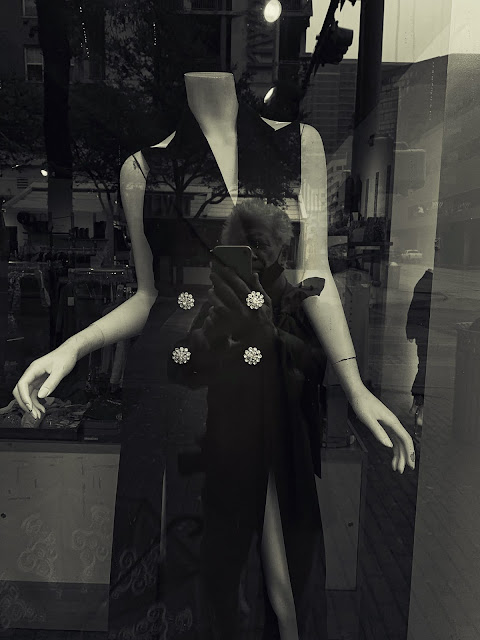 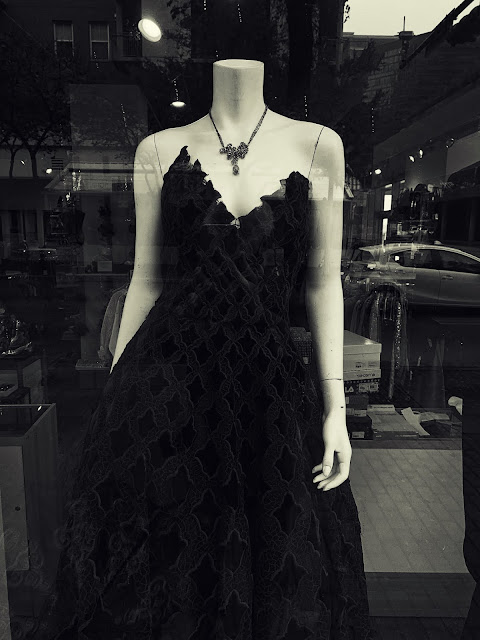 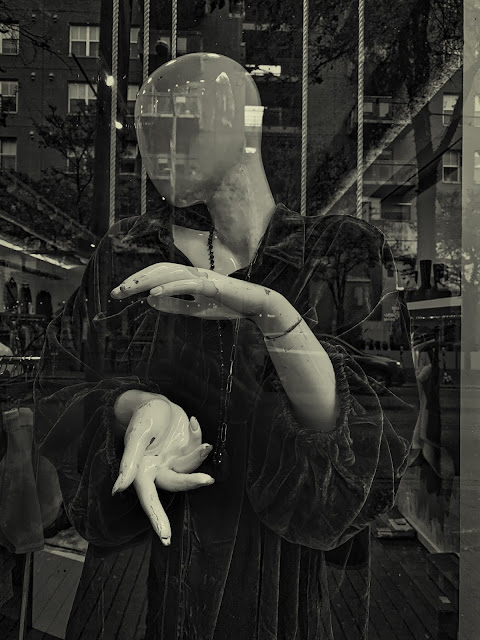 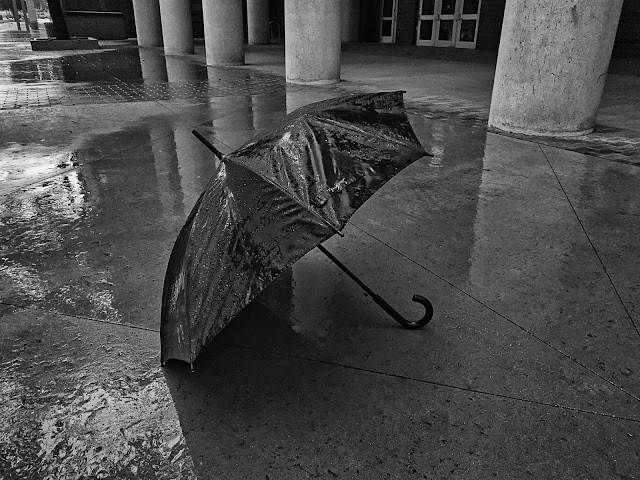 This is the last photo I can take of my ancient and long serving, favorite umbrella.
It's recent tenure in the back of my little SUV caused structural damage that
I can't repair. I bought if from Starbucks nearly 20 years ago.
It's been a noble and wonderful umbrella.
It's black on the outside but on the inside the lining has a nice, iconic
coffee cup drawing and the repeated saying:
"Into every life a little coffee must fall."
It's still partially functional so I left it on the pedestrian bridge in case
someone needs it. Perhaps someone more practical than I can
fix the bent strut.

A screen shot magically appeared. I have no idea how it got there. 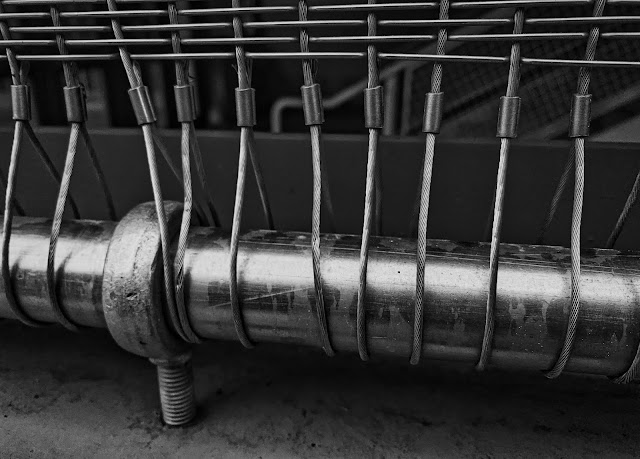 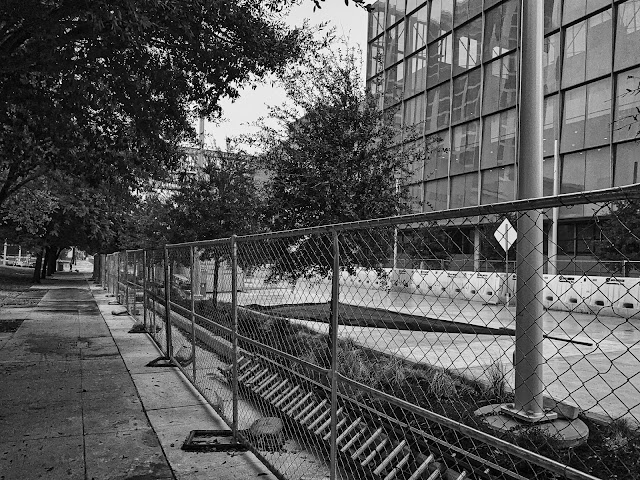 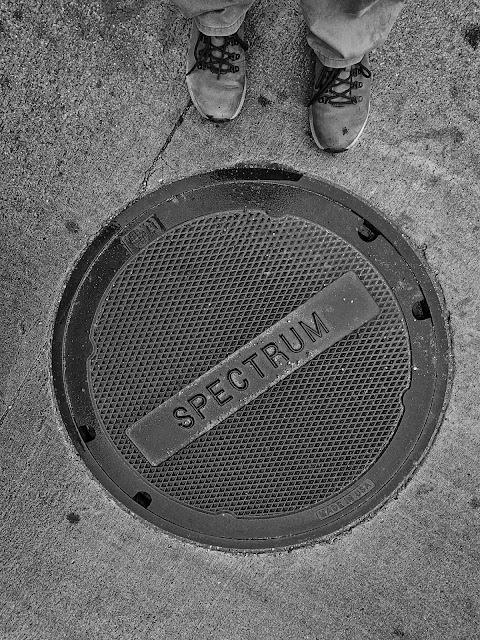 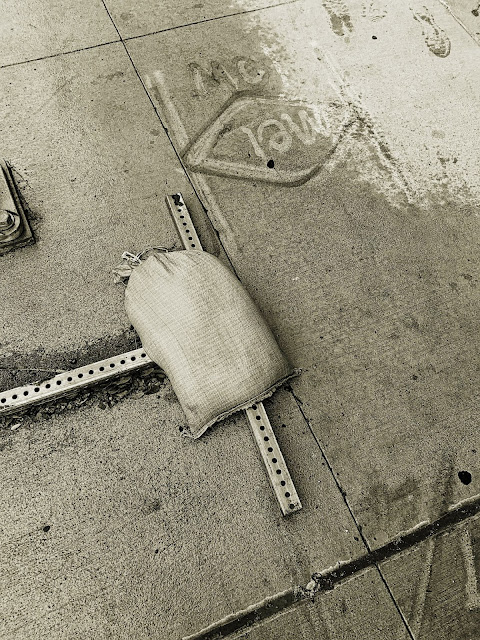 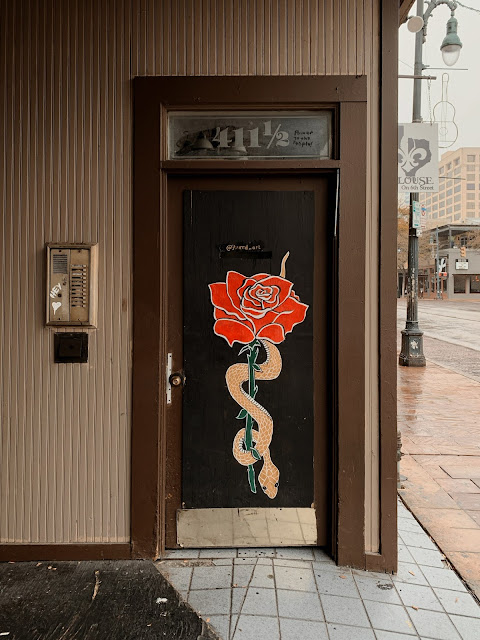 I'm now changing my tune and will embrace new apps when they very first seem useful to me. I just downloaded the same company's "remote" software. It allows any iOS device to monitor and control another iOS device. I'm going to use it to trigger the video on my B (iPhone) camera next time I shoot some video. I have a collection of old phones that might just work.

Posted by Kirk, Photographer/Writer at 14:37 10 comments: