Finally got around to diving into the Panasonic/Lumix S1R firmware update and assessing the new features. Some were surprising. Surprisingly great!

You know how you can sometimes get really busy with lots of pressing details and you've upgraded something, made sure it still works, and then moved right back to getting your ongoing and not-related details sorted out? Well, that's where I was with the S1R. I did the firmware updates for all three of the S1x models and then turned my attention right back to finishing up jobs and doing year end taxes. I shot a few still frames on the S1R, determined that it still made nice photographs and then put it back in the drawer where it normally lives.

This morning though I stumbled across a video that outlined the differences in feature sets between all the full frame, Panasonic S series cameras and it immediately became apparent that I had not spent enough time understanding and testing all the goodies that were bestowed on the S1R at the time.

The video above is about 15 minutes long and might bore the socks off you. On the other hand it's a sample of what you might expect to get out of your S1R in terms of how well it focuses on me throughout the video, how much detail is retained in the files and, the charming image quality of the video.

I don't want to cover every upgrade to the camera because only a small subset of you own that camera model but I do want to call out a couple of major, and newly acquired, feature improvements.

Or, you can sit back and watch me ramble on in the video. But if you are looking to make visual quality judgements I'd suggest you click on the link above to Vimeo and watch it there after selecting the largest available size.

Focusing: I've always found the Panasonic S1 cameras to be very fast to focus but that's probably because of the way I use them. I'm fond of single AF and equally fond of selecting a single focal point or square to use. If you use continuous focusing with back button manouvering your experiences in the past will no doubt be different than mine.

But what people complained about 90% of the time was the just average performance of continuous autofocus in video. That the cameras were slow to lock on and had a tendency, in non-optimal situations, to hunt or pulse. Panasonic true believers hemmed and hawed and talked about how "real" cinematographers only used manual focusing lenses anyway. Well, even I know that a whole new generation of film makers are thrilled to use continuous AF for their projects. One of my best friends made that a primary consideration when recently upgrading his gear from a Sony FS7.

After the firmware update I believe that the S1x cameras have become much more competitive with their C-AF focusing. But instead of taking my work for it just go look at the video I posted. There's no "pulsing" between the foreground subject and the cluttered background. None that I can see, anyway. And the camera goes from out-of-focus to nicely in-focus smoothly and without any obvious over-shoot and re-focusing. I thought the results were confidence inspiring and will consider using C-AF for on-camera interviews, going forward.

So, that's the first big feature set, which I approve of, but I will add a caveat. Many users are experiencing some interference in focusing performance when working under flickering, non-continuous light sources. Mainly fluorescent lights and cheap LEDs. These conditions make focusing much slower and sometimes inhibit focusing altogether. Yikes.

I haven't experienced this but enough people have written about this that I felt duty bound to report it.

5K video: For me this is the biggest improvement. Right out of the box the S1R had the poorest selection of available file options for video. You didn't have the choice of selecting .Mov. You could only work in M4p. There were also no options for 10 bit color depth and nothing beyond 4:2:0. Still, the files coming out of the camera in 4K looked good. It's just that the paucity of higher data rate files reinforced the idea that the camera was more squarely aimed at photographers and that most everything else about the camera was merely a polite nod to hybrid users--- and Panasonic's camera heritage.

The update delivered a new choice. Now you can shoot in 5K and you can do so with 10 bit color at a data rate of 200 Mbs. The camera delivers tons of detail but it does so in an odd aspect ratio. The native 5K files at 30p or 24p are 4992 pixels by 3744 pixels. It's a much more square-ish format than we normally expect to see out of a consumer video camera. But it works. Go look.

The 5K files are only available as .Mov files and that's fine. The increased bit depth and higher overall resolution mean that your final video, exported as 4K or 1080p is going to look great. Really great.

If you want to stick to 4K the S1R has some interesting new advantages there as well. You'll be shooting in M4p but if you want to shoot at 60p you'll find that instead of mandating an APS-C crop as is required by nearly every 24 megapixel camera shooting with current Sony full frame sensors (not fast enough read speed to write our the full width of the frame!!!) you'll have only a 1.1 X crop with the S1R at 60p. And that's almost no crop at all. You'll get the nearly full advantage of the format all the way up to 60p and that's while writing to an internal memory card.

There's also a bonus level. Go into the HDMI menu and you can choose to write to the camera at 8 bits or to an external recorder at 60p, 10 bit, 4:2:2. And you still get almost the full width of the sensor there too. If you take the clean signal out with the HDMI and write the files at ProRes 422 you'll also get the advantage of an ALL-I codec. Suddenly the S1R goes from a good video tool to a great one.

The final bonus of using the external recorder is that you lose the 20 minute, 4K time limit. The system will run as long as the camera battery and memory card are able. Pretty sweet!

And while you are in the video mode you can also set the camera to show shutter angle instead of shutter speeds. It's a quicker way to work and helps assure that you are in the right setting for good, clean, jitter free video. Sorry, no wave forms...no vector scope...

With the update the cameras shares an exclusive feature with the S1H (which I actually consider to be the system flagship). If you use the XLR audio adapter from Panasonic the new firmware unlocks "High Res" audio. You can record your audio at a much higher sampling rate which should improve the sound and decrease noise in the files. Go ahead and listen to the sample I created and see what you think. It's not available on the S1 or the S5...

I'm very impressed that Panasonic took a camera I already liked a lot and made it even more valuable to me. Like all the S1x cameras the S1R has a full sized HDMI which makes me want to connect it to my Atomos recorder along with headphone and microphone jacks on the body. I'm very happy right now. If you just updated your S1R you're probably also happy. Ah, happiness. Fleeting but tasty while here.

So, that's what I experimented with today. Thanks for all the comments on yesterday's post. Seems like many of you have found great ways to work around the pandemic. Gave me hope and a smile when I read the comments.

Video notes: The video I embedded and linked to was created in a small corner of my office. Everything you see is unedited, not color graded, not corrected for exposure or tonality. It was recorded directly into the camera so it's 5K, 10 bit, 4:2:0. The audio is 96kHz. I shot at f2.8 and 2/3rds of a stop with a Sigma 45mm f2.8 L-mount lens. The scene was lit with a single 500 watt tungsten light in a Lowell Tota-Light fixture.

So, both the audio and the video are absolutely STRAIGHT OUT OF CAMERA. No monkey business. No LUTs and no Log files. Nice to see the camera delivers so well with so little intervention.

Next time I'll try to find a more glamorous on camera model. This one was definitely not cute enough.

Posted by Kirk, Photographer/Writer at 16:42 9 comments: 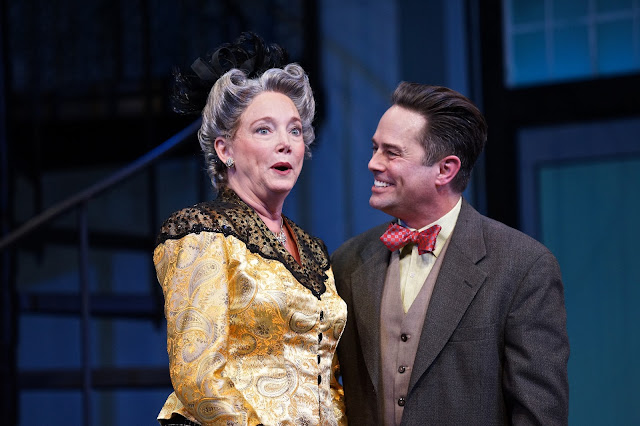