A bit slow on the draw here with a blog post. Here's why.... 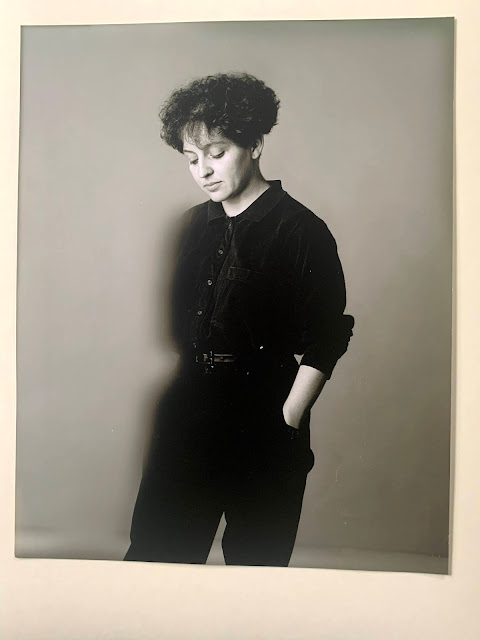 photo of B. is just for fun and has no relevance to the blog post.
Just FYI.
We're about to get socked with cold weather that most of us central Texans are totally unprepared for. The forecast low for Tuesday morning is 3 degrees Fahrenheit. We've never, ever seen three degrees in Austin, Texas before. Never. Most of our water pipes are buried about three inches down in the ground and we all fear that the number of pipes rupturing next week will be mind-boggling and horrible. We're also pretty sure that most of the plants we've loved and nurtured will be dead as a doornail by the end of a week that will feature lows in the teens, and low 20's, throughout. I'm making a valiant attempt to put a foot of mulch over the root beds of my smaller trees; like my Japanese maples and I may wrap my smallest Japanese maple with a Christo-esque swirl of muslin background fabric.
I found the spot on the property where the water pipes meet the meter box and realized that about six inches of pipe is above ground!!! I've actually built an enclosure for them with layers of insulation around them in all directions and a 8 inch layer of hardwood mulch over the top of the construction. We'll keep those faucets dripping on Sunday (12°) and especially on Monday (3°). If we get through that we'll hold our breaths for the rest of the week as we pilot through the low 20's.
I went for a walk this morning figuring that today and tomorrow will be the last really walkable days until maybe Wednesday. We don't have snow blowers here, or snow shovels, and there's not a ready supply of rock salt for driveways and sidewalks. In fact, I was on a main road this morning that still had lots of icy patches from last night. All the pedestrian bridges downtown were icy this morning and untreated. I think the city has a different set of priorities. Like sheltering our large and growing homeless population.
Belinda headed to the grocery store earlier this morning and when she came back home she told me that the store (an enormously large operation) had been well picked over by last night and they were waiting for re-supplies which come from San Antonio. The delays right now on IH-35 are legendary and people are being cautious after hearing news of last night's 100+ car and truck pile up just north of Ft. Worth, on IH-35. Seven people, so far, died on that icy stretch and estimates are that 70 or more were injured. The news footage looked as through an aerial bombing run had taken place down a long stretch of the interstate.
I'm heading out to put mulch are one or two more trees and then I'm coming back to spend some time writing about some impressions of the Leica SL2 as well as the Sigma 70mm f2.8 Macro L Art lens.
I know that to northerners our sense of almost desperation over the winter weather conditions seems overblown but imagine if the conditions were reversed and you found yourselves living through a week or so of 112° days with high humidity and it was something that was rare enough to be maybe a one hundred year cycle.
The emergency sales of air conditioners would be off the charts. And sunscreen.
Wish us luck. It'll be touch and go for a week. Then we should thaw out and get back to normal.
Additional tragedy? The pool is closed today and will be closed Sunday, Monday and most probably Tuesday. I am almost inconsolable.
Hot tea to the rescue.
Saturday afternoon addenda: The Weather Service has revised our forecast down to 1° on Monday, as a low. They have also revised Sunday's low down to 10°.
Heading into Canadian Territory now. Not sure what vegetation will survive. The end is near....
Posted by Kirk Tuck, Photographer/Writer at 11:44 28 comments: