Back at work. Photographing people in lab coats. But for a really cool advertising campaign. Which camera and why. 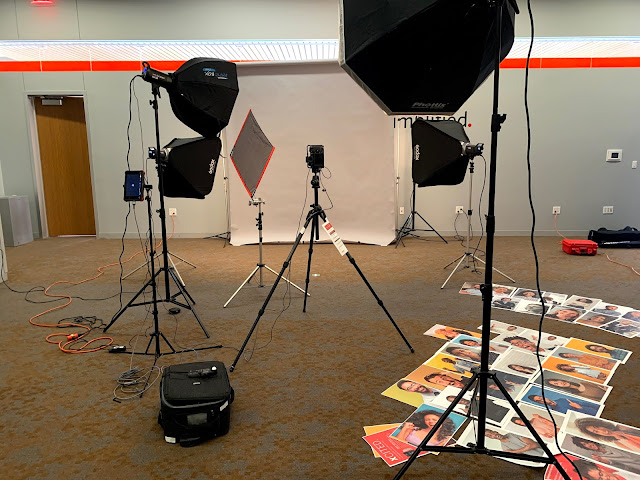 We had an auditorium that could safely seat 300 people at our disposal today
as our main studio. It was an embarrassment of square footage riches!
Easy to distance at a shoot when you've got a huge lobby for the talent to wait
their turn in and five or six thousand square feet to shoot in.
I just finished up the first big, juicy photography job of 2021. It felt so wonderful to be back in the middle of a project. I can't show today's images since the client hasn't even seen the finals yet, and I don't want to mention the client by name because they are in a highly regulated industry and might not be comfortable with the too much information floating around, but I did want to write about which I camera I chose to use for the job and why. 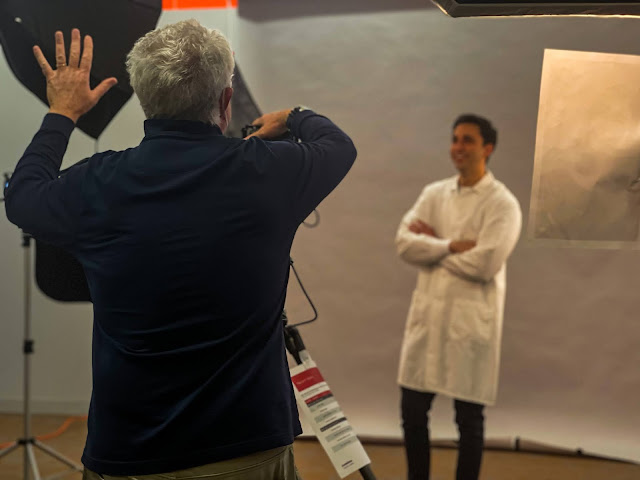 photo: ©Austin Brown
Note the "cheat sheet" taped to the leg of my tripod. It was there to
keep me on task and help me remember to work with the talent
to get six different "looks of excitement." 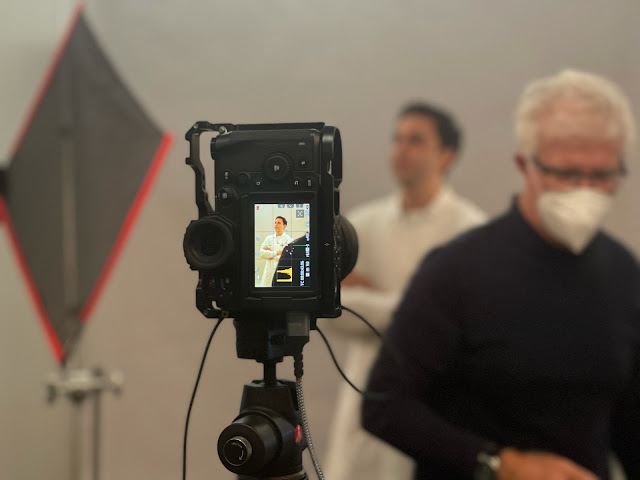 photo: ©Austin Brown
We were checking the histogram on the camera and then
double-checking it against the waveform monitor on an Atomos.
Note the N-95 mask on your heroic photographer ... 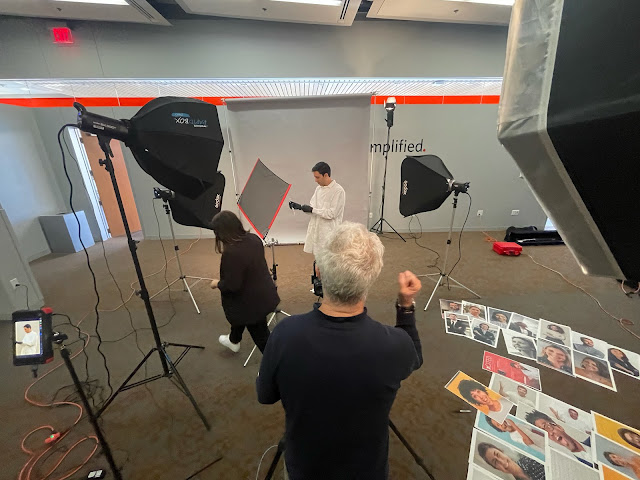 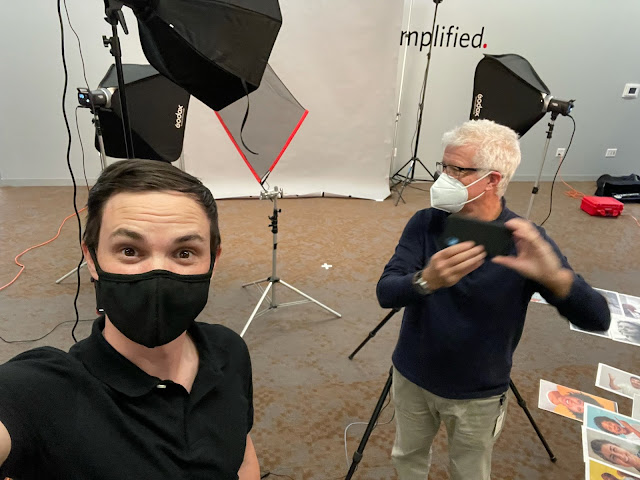 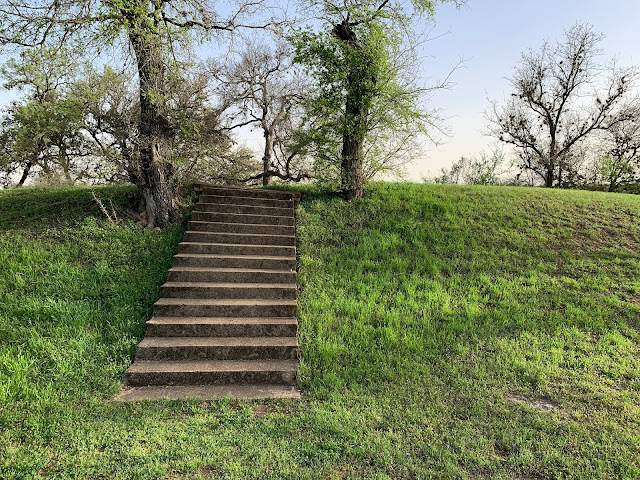 One of my quiet spots from the day before.
I got there to ruminate over how I will design my shooting
process for the next day.
It's good to have quiet places around town in nice settings.
Stairs. No buildings...
Posted by Kirk, Photographer/Writer at 20:41 11 comments: