A "grab shot" prior to a rehearsal at KMFA's studios. I was there to shoot some video. Good thing I brought a third camera along for fun. 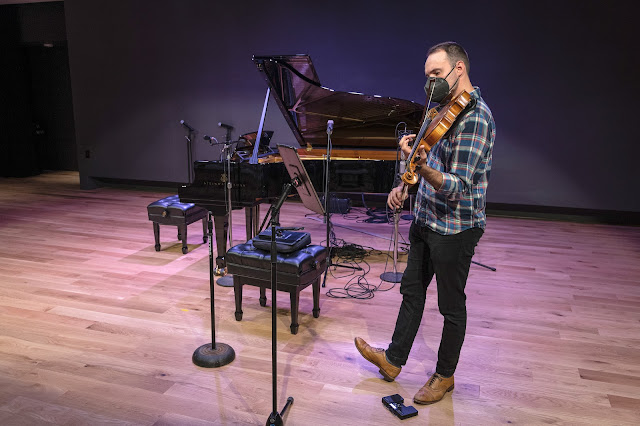 I had two video cameras set up and I was just marking time before the start of a concert. There would be a rehearsal prior. This was the first of four musicians to show up and to pass the time I grabbed the camera I wasn't using for video and snapped a few pix. I think the Leica SL2 and the Leica 24-90mm do work together to create a nice sense of depth and structure to an image. Or maybe it's just the placebo effect of spending too much money on gear. 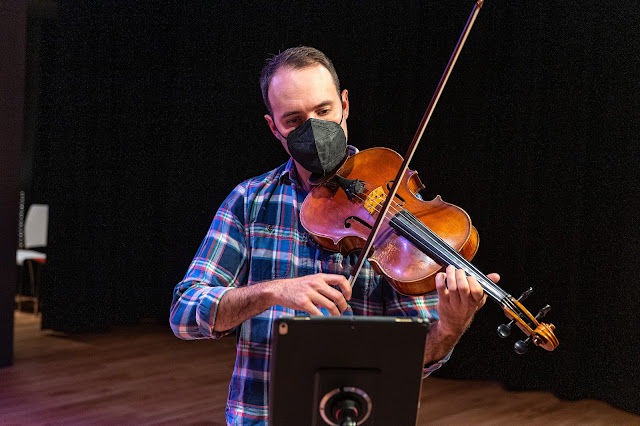 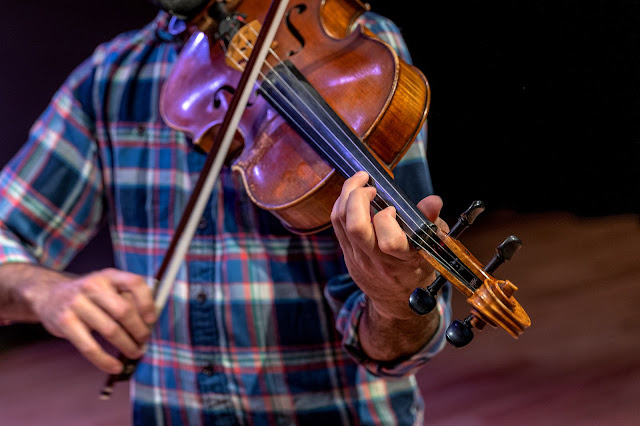 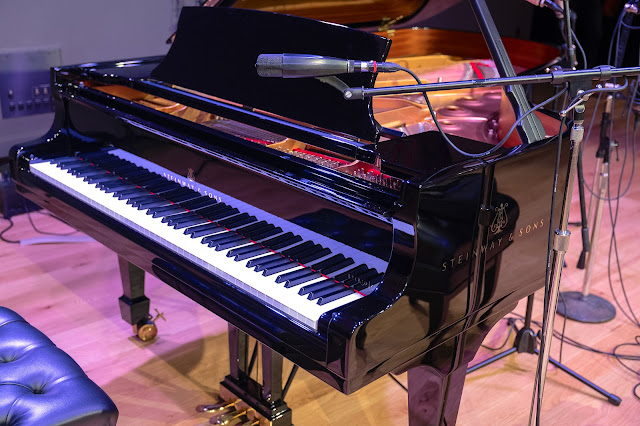 Posted by Kirk, Photographer/Writer at 14:39 3 comments:

So...at one point I really was smitten by small sensor, long lens, compact cameras. I think I still am. 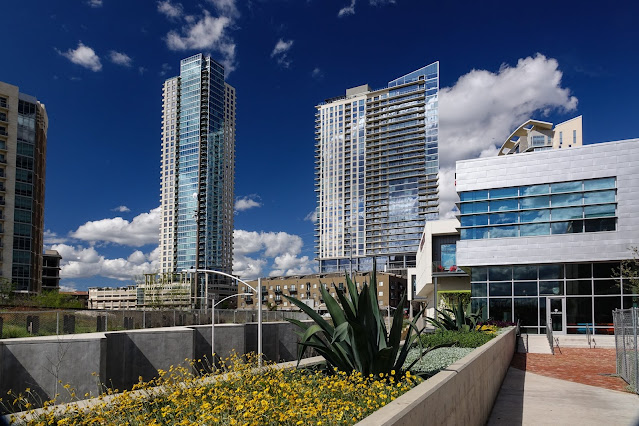 I was looking for an older photograph that I wanted to send to an art director who works in an ad agency in San Antonio. We'd been e-mailing back and forth about a project and I remembered an image of a woman working in an office that more or less encapsulated the look and feel that I was trying to steer him towards in a contemporary project. I found the image but I also stumbled across this image from about a decade ago. If you compare it with images from a similar viewpoint today you'd find that this image is missing three or four (or more) tall buildings.

It's not a particularly clever shot but it does show off what smaller sensor cameras can do well. The can include huge swaths of a scene in sharp focus. The depth of field is different from current tastes.

I walk through this area frequently and seeing this image from a long time ago brings me back to how fresh this particular retail development (a re-use of a retired electric generating plant) looked and felt at the time. And how much fun it was to document progress in the downtown Austin area.

I haven't seen any announcements or rumors that would lead me to believe that Sony is on the cusp of introducing a new model in the RX10 series and I think that's too bad. The final one, as of now, is the RX10-IV and it's pretty darn good. It's got an enormous range of angles of view, fast AF, great color, good 4K video and also good image stabilization.

The retail price is still around $1600 for the camera and to my mind you are getting an amazingly good lens; it may be the selling point of the whole package. If the camera used a bigger battery it would be close to perfect for those photographers and videographers who really aren't smitten by super thin slivers of sharp focus. This camera trades "bokeh" for information.

I'll be a bit sad when the RX10-4 is finally discontinued. For some people it's the perfect imaging solution.

Posted by Kirk, Photographer/Writer at 12:14 10 comments: