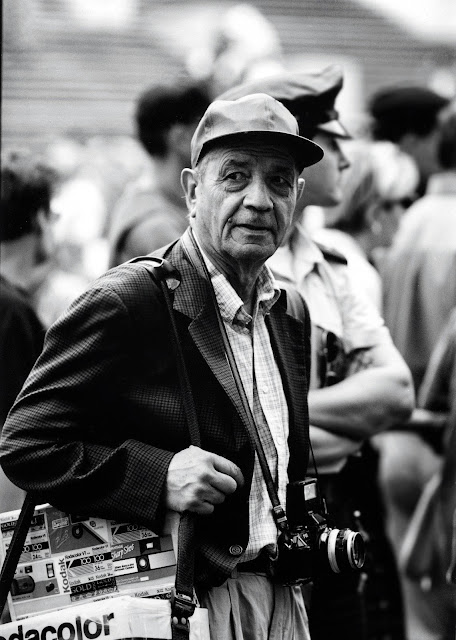 © Kirk Tuck
Posted by Kirk, Photographer/Writer at 20:19 No comments:

My preferred camera in 1978. The Canonet QL17. Used here in Avignon. 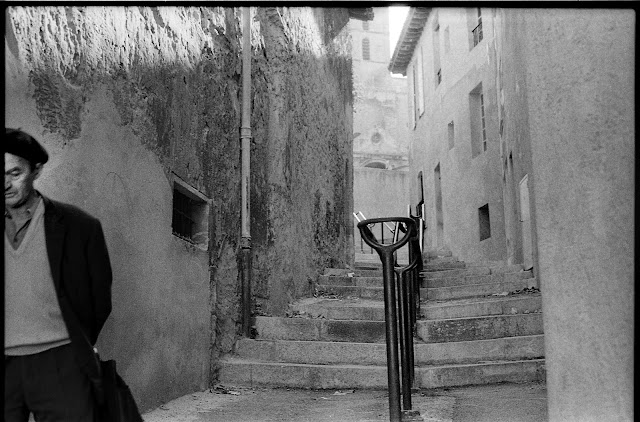 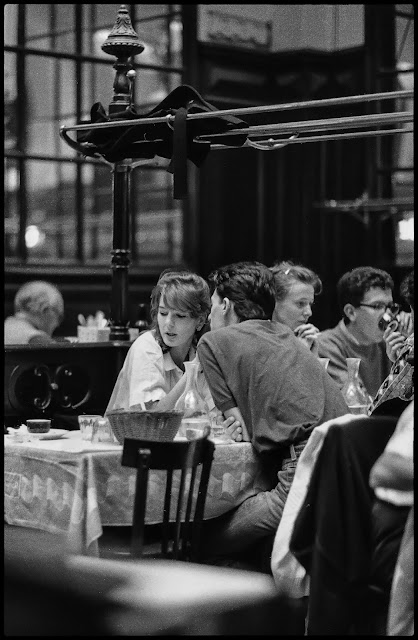 Posted by Kirk, Photographer/Writer at 20:14 2 comments:

You know that power plant I always seem to love photographing? You can't get this view any more. Why? It's surrounded on three sides by giant, high rise buildings. Layers and layers of them. 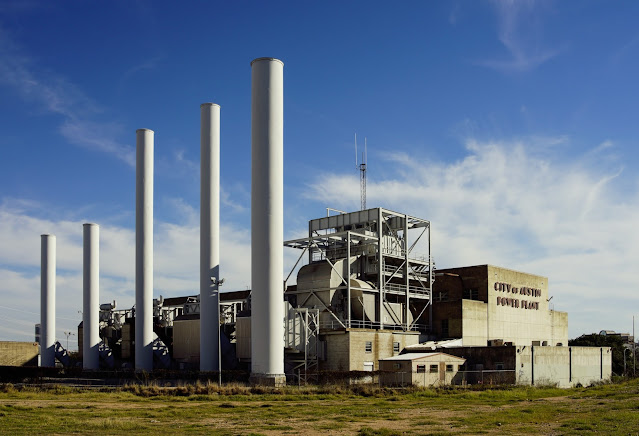 But at one time (2010) it was out in the  middle of a field and the nearby warehouses were old cinder block buildings with one or two stories and a lot of lonesome space in between.

Time flies when you turn a city into a Boom-scape.

Ceiling Detail at the Alexander Palace in Pushkin, Russia. Just 400 meters from the Catherine Palace. 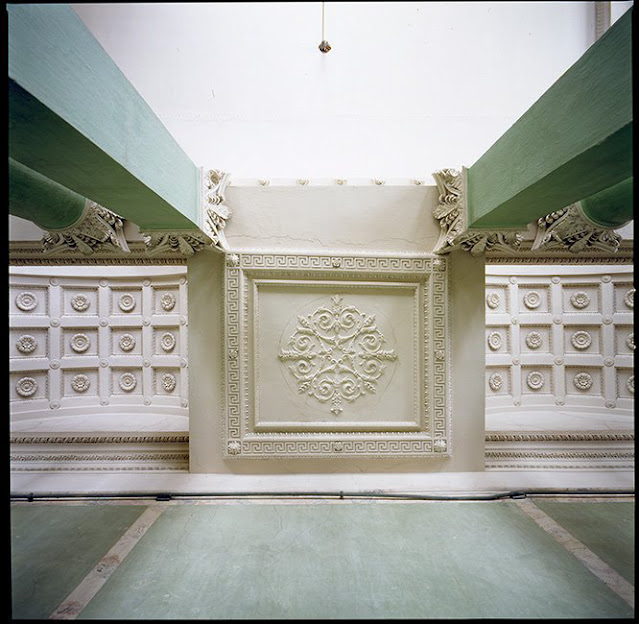 1995 was also the year I spent a couple of freezing cold weeks in St. Petersburg, Russia. I was there with a team from the World Monuments Fund documenting art and artifacts from the last palace of the Czars. While I was looking up and photographing this detail in the Palace (then the headquarters of the Russian Naval Intelligence Agency) I was escorted by my translator and a military officer who came complete with a sidearm and a list of things I could NOT photograph.

One of my "fondest" memories was standing knee deep in snow in front of the Alexander Palace shooting Polaroids to share with the two tank crews who were manning the tanks just in front of the entry way. It was a successful bribe that granted me access to photograph the exterior of the building on a chilly February afternoon.

One of my most used Hasselblads on that trip was the SWC/M. The one with the super-wide Biogon lens permanently attached to the camera body. Ah, the film days....

We were, I think, the first western survey team allowed in the Palace in about 70 years. It was an interesting time in Russia....

Summer passtime. Looking through photographs. Finding stuff I liked. Figuring out why. 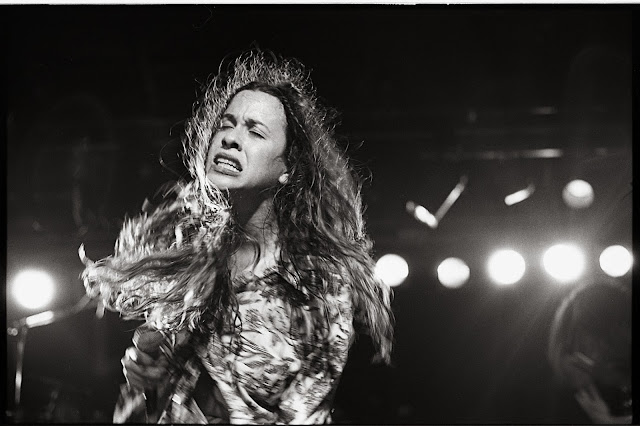 Alanis Morrisette at Liberty Lunch for Sony Records. August 29, 1995
What I wrote a few years later....

"...The distinguished members of the photo-press operated in the space between the barrier and the stage.  As memory serves there were exactly three photographers at the concert. It was a time of film and getting fun shots actually required some.....knowledge.

All I needed was one good shot. I was shooting in black and white and I took two cameras to the event with me. One was a Leica M4 with a 50mm Summicron, loaded with Tri-X film. The other was a Leica M6 ttl .85 with a 90mm Summicron, also loaded with Tri-X. I didn't plan on shooting much with the 90 but it sure made a nice semi-spot meter with which to gauge exposure."

The keeper image for me was the one I posted here. I used up one 36 exposure roll of Tri-X film. Of course it was all stage lighting as flash in the press pit was not allowed. It was a time when you really did have to know how to measure light with a meter, how to focus on a fast moving performer and how to wait for the right moment so you didn't run out of film.

1995 is a nostalgic year for me. That's the year Ben was born. The year I went to Rome on a personal photo adventure with two medium format Mamiya 6 cameras and hundreds of rolls of Kodak's new chromagenic film, T-Max 400 CN. along with my photographer friend, Paul.

When we got back from our Rome shoots Paul and I both made big prints and had a two person show at Austin's best Italian restaurant, Madam Nadalini's. Nearly 400 people came to the opening. It was an amazing time back when photography/art still had the power to enthrall ordinary people. And back when openings were a big social draw.

And in the middle of all that year's fun I found myself sandwiched between the stage and the crowd at Liberty Lunch photographing one of the most popular musicians of the moment. It was August in Austin and we were all drenched in sweat. The crowd of young kids, mostly women, roared every time a song started. It was a bit intoxicating.

I made a print in the darkroom the next day and that was the coda. When I look back to see what we could pull off with completely manual cameras and "slow" film I am embarrassed for all the "photographers" now who can't conceive of working with anything less than complete automation and endless technical "training wheels." Or limitless ISO sensors.

But I'm sure the guys who photographed out in the wild, with glass negatives in giant bellows cameras, a hundred years ago, would feel exactly the same about my generation of photographers.

Posted by Kirk, Photographer/Writer at 16:05 No comments: