I was told in a comment that pros overwhelming use Nikon and Canon gear and that Leica users are "B" team. No mention of Sony? 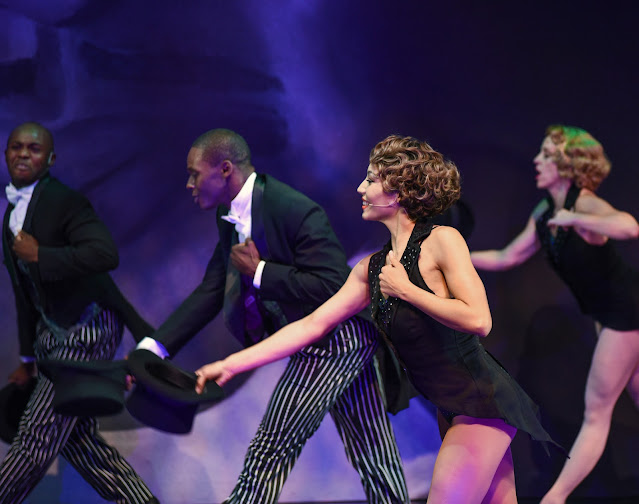 People tend to get stuck at whichever point in time they seriously entered into photography. That makes sense; people are most comfortable with what they think they know. They are less comfortable with facts that point out how the world has changed since they acquired whatever knowledge they persist in relying upon.

Is a fat SUV with a big V-8 motor really faster off the line than a Tesla S? Is a Nikon D850 really a sharper and better camera than a Sony Alpha One? Is coal the ultimate power source? Are we still cranking out large, glossy color brochures on thick, premium paper? Do we care at all which camera someone else is using?

Photographers, like nearly everyone else, tend to be tribal. They embrace the ethos of the tribe and then part of their sub-routine of life is to fly the flag of their tribe whether it's right or wrong. It's more important to remain within the tribe than to try new things and risk being cast out.

If you tap on the shoulder of most people who've been in the photo industry as photographers for a decade or two you'll find their understanding about what tools content creators use in real business is more or less ossified and set to the standards they learned on entry.

I wrote a blog post talking about firmware updates for the Leica SL2, which is a camera I own and use for a bunch of different commercial projects. It's a good camera with an easy to navigate menu and a color palette that's more pleasing to me than the Canons or Nikons I've used (amply) in the past. I knew a fair number of photographers here use Leicas and would be interested in the information. But one photographer was not at all interested. And he or she let me know. His/her argument being that (and I'm paraphrasing here): most professionals use Nikon and Canon and most of us don't give a "hoot" about Leica news.

I hate to tell him/her but....professional photographers are a tiny, tiny segment of the camera market (far less than 1%) and no one really gives a flying fuck anymore about what "pros" use. No even the pros. The diehard Canon fans of yesteryear, who work professionally seem to have found a nicer home in the Sony camp. Sony users who've tired of the Sony color palette and atrocious menus seem to have found a welcoming tribe over in the Nikon camp and the "real" professionals have long since moved on from DSLRs and small sensor cameras altogether, transitioning (as they probably should) to medium format digital cameras from Hasselblad, Leica and especially (because of the price advantages) to Fuji. Can you really hold your head up and call yourself a "professional photographer" if you aren't currently using MF? (sarcasm implied).

Well sure. Because with the exception of wedding photography and event photography a huge swath of actual business photography is being done now by people who don't really identify as "professional photographers" but are multi-disciplinary "content creators." These are the people who work in marketing departments, in-house a large companies, and at huge advertising agencies across the world. They create the majority of images that are used for commercial advertising and.....I'm sorry to tell you....but many of them use their smart phones to create images for their clients.

Why? Because, if you disregard broadcast television and radio formats, the main target for most ads now is web advertising and social media. It's mostly going onto the internet. And given that most users are seeing the end results on the screens of iPhones and Android phones there is no technical reason to use any of the cameras our generation learned on and coveted. Their reign is over. Except for that tiny percentage of advertising photographers who are still called on to shoot big campaigns the likes of which have multiple uses across multiple formats, including print. You know, the guys who are using the big MF cameras because they are the ones who have the clients who can pay for them and uses that might actual still demand ne ultra plus technical quality. For everyone else? There's an iPhone. Or somebody else's phone.

Today's ad agencies are filled with young people who've grown up using stock images and making composites and adjustments in post processing. Once web ad placement crested 75% of their total usage of photos, and their targets stabilized at approx. 4K resolutions, just about any camera they could get their hands on that was near 12 megapixels filled the bill nicely. These folks are hyper proficient in dropping out backgrounds, creating artificial but believable bokeh and piecing together the reality they want to see in an ad. But mostly they are now transitioning more and more to quick videos. Another area where Canon and Nikon are just now catching up to Sony (in non-dedicated video capable cameras) and an area where smart phones really shine for just about anything that's web use.

So, if the majority of content for commercial intent is generated by smart phones is it really true that "professional photographers" only use Nikon and Canon? Of course not. Not anymore than most taxi drivers drive F-150 pick-up trucks. Or that most professional caterers serve Big Macs. Or that fashion models source their wardrobes from Walmart.

It's funny that the commenter took a swipe at Leica, saying that their users are the "B" team. But that's such a subjective thing that I'll just ignore it and soldier on, remembering that when I entered the stream of professional photography the only photographers who didn't have or want a Leica were the ones who could not afford them. Today, at least with their camera bodies, Leica's prices are right in line with the top of the line cameras from N&C. They just look and feel better and have nicer menus and better color. But I guess that doesn't matter.

Sure, there are still people making a living with older DSLRs and such, and the latest rash of high resolution single purpose cameras. It takes time to turn a glacier around. And yes, there are still projects that benefit from larger, more potent cameras but.....

The owner of this particular blog is currently using a handful of cameras from Leica so, logically, you're going to see samples shot with those cameras, articles written about using those cameras, and even posts that note additions to the capabilities of those cameras. If all this is as agonizing as broken glass in one's eyes to you then this might not be the blog you want to read. "These are not the droids you are looking for...."

comment at will, I'm feeling feisty today. And I have the power of moderation.

Posted by Kirk, Photographer/Writer at 12:46 29 comments: