Street Shooting. Part One. Why the hell would you want to do that? 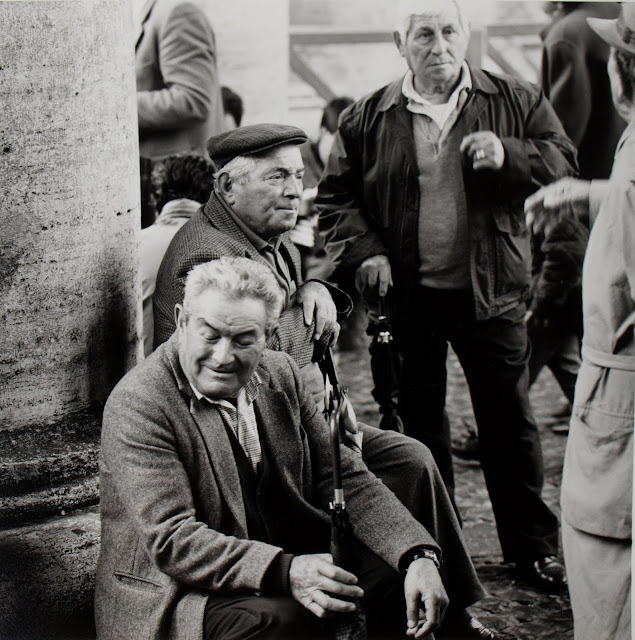 Just hanging out at the Vatican soaking up the ambiance.


For a  generation of old codgers, raised on the images of Henri Cartier-Bresson, Robert Frank, and that new upstart, Josef Koudelka, street photography is photography.  Those artists fostered two or three generations of Leica M toting,  Nikon F toting, Tri-X shooting fanatics.  What were these guys thinking?  I guess they were thinking that the world around them was going through tremendous upheavals caused by wars, human migration, the conflict of generations, the smell of the new,  the evolution of fashion and so much more.  And all of it was playing out right there on the streets.

Well, guess what?  The world, right now, is going thru tremendous upheavals caused by wars, human migration, the collapse of the world economy and the move from post industrial service economies to a future we're not sure about yet.  Gee.  It all sounds very familiar.  Except now it's playing out for the most part in front of big screen televisions in the service of endless video games, shopping and social excursions to ubiquitous and homogenous malls and in the sealed, air conditioned cars streaking back and forth from home to mall to quasi-fast food restaurants and back again.  Makes it a lot harder to be a visual "cultural anthropologist" on the street and yet photographers are reconnecting with the old tradition of trying to get a handle on what is "now" by documenting the evidence of their eyes.  Or maybe the thrill of street shooting never left us.........it was just napping through the Flickr age of endless cat whiskers, chunky girls lit by off camera flashes at dusk, and ninja's with smoke machines. 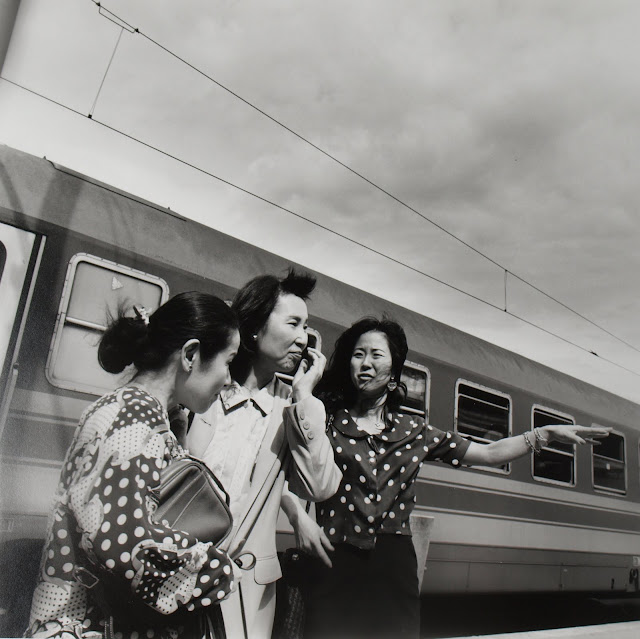 People at the Termini train station in Rome.
I've absorbed books like, "Why People Photograph 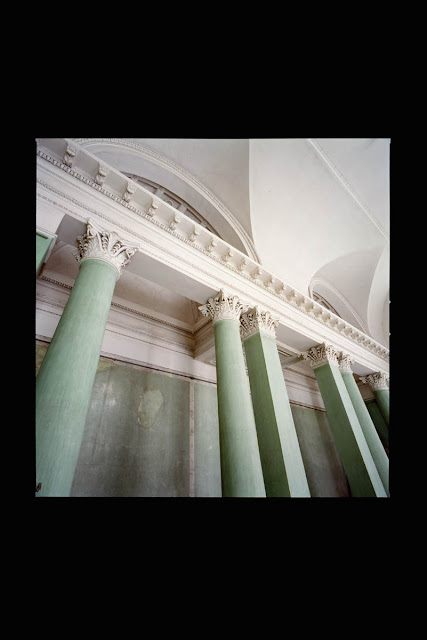 Detail of the entry lobby at the Alexander Palace in
Pushkin, Russia.  1995.
Posted by Kirk, Photographer/Writer at 18:49 24 comments: