Roar with intensity. Be clear about your path. 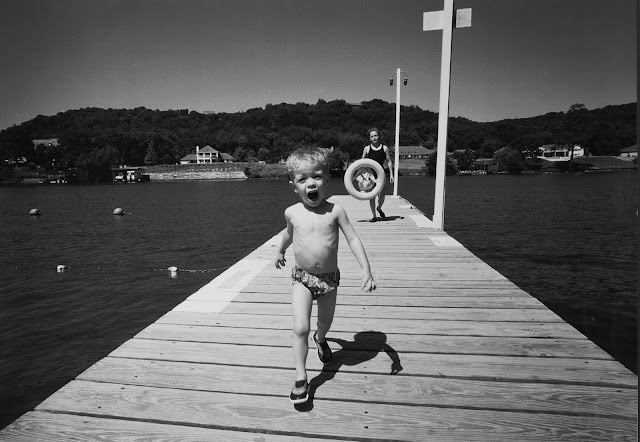 I've done so many things over the years.  And shot so many different kinds of photographs.  I still like the challenge of bringing tiny microprocessor dies to life and making big, industrial machines look sexy and potent.  On a good day I can even find pleasure in photographing products on white backgrounds.  There's a meditative charm to doing good clipping paths, after the fact.  I love to shoot events.  The constant flux and mixed vibrance of people hellbent on sharing ideas is alluring.  And the exchange of knowledge can be intoxicating when something totally new is broached.

But those things are not really why I got into photography, either as a hobby or as a profession.  To be absolutely truthful there are only two types of photography I wake up thinking about.  One is shooting on the streets and the other is classical portraiture.

The shot above was done on film with a Contax G2 and a 28mm Biogon.  Ben was running towards me with a joyous bluster and his mom trailed behind him.  It was a Spring day and we were at Emma Long Park, which borders Lake Austin.  The park was nearly empty because we were there on a week day in the early afternoon.  There's nothing planned about the shot.  I just pulled the camera up to my eye, focused and shot.  But  I like so much about the shot.  I love Ben's little shadow.  I love his stride.  I love the diagonal pattern of the boards in the dock.

I never leave the house without a camera.  There's just no way of knowing what you might miss.  I see street photography and this sort of ongoing reportage as a way of writing a visual book.  It's all part of a larger narrative that I just haven't been able to tag with a beginning, a middle and an end.  But it's writing a visual novel all the same.  That's why I love this kind of imagery.  It unfolds chapter by chapter and you work in collaboration with chance, fate and destiny to distill the images from the swirl of life around you.... 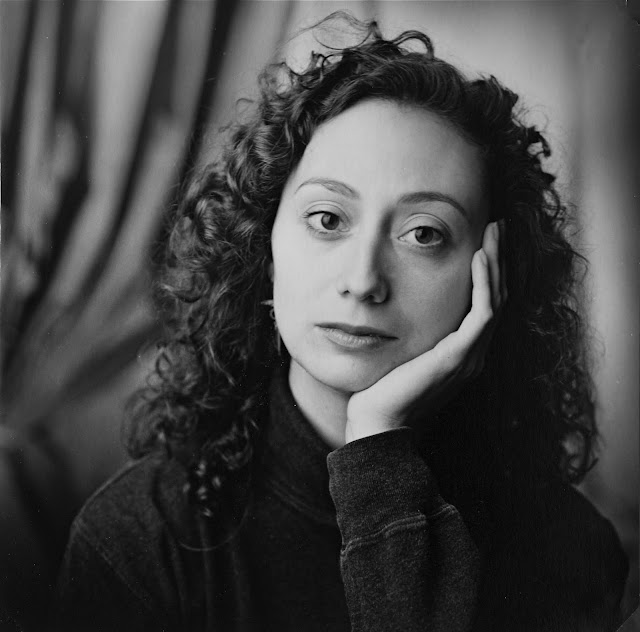 And then there's classical portraiture.  The image above, of my friend and former assistant, Anne is my favorite portrait ever.  I know I'm supposed to like portraits of my kid and my wife better but this is the portrait I'd be happy to have define my work for my entire career.  And in a way this image sums up everything that I think is wonderful about portraiture in the studio.

If I could customize my career I would spend the next twenty years doing portraits just like this.  All that's needed are a few lights, a few backgrounds and one camera and one lens.  That, and the time to sit quietly with each subject and get to know them as individuals.  As fellow human beings.   I would shoot sessions every day and spend the rest of the time massaging the tones and textures into prints.  Not screen fodder, but actual prints that people could hold in their hands and cherish.

In many ways these kinds of images are almost unattainable now.  People want to move too fast.  Get stuff done and get on to the next thing.  Do you remember the last time you had an hour long conversation with someone?  Did they glance at their phone every so often, reminding you of the split nature of their attention?  Were they booked so tightly that, from the minute they arrived  they were anticipating when they would have to go.  Between planning to arrive and planning to depart did they give a thought to how they would be "in the moment?".

As artists we have control.  We can set the parameters for a session.  We can ask that phones be extinguished and we can create a space and a mood that invites sitters to linger.  In exchange, we can try each time we shoot to give our sitters a very, very special image.  A portrait that defines this moment in time.  This moment in their lives.

How did this portrait come about?  I'd been experimenting with backgrounds.  I loved the look of folded drape going off into an increasingly blurry distance.  The drape on the left side of the prints is perhaps 12 feet back from Anne.  The drape on the right perhaps 20 feet back from Anne.  Each set of drapes was lit by it's own light in a small softbox.  In this way the amount of light on each drape, and even where it fell, could be individually controlled.

I put Anne in a favorite old, rickety chair and had her lean her arms against the back.  She's quiet by nature and doesn't fidget around much so she makes a wonderful model for a longer session.  I wanted a big, soft but directional light source for my main light.  Like the soft light from a cloudy day billowing through a window.  This was provided by a 50 by 72 inch softbox covered with layers and layers of white diffusion cloth, clothespinned to the front panel.

A white wall over to the shadow side of Anne's face created too much fill so I put a big, black card in between Anne and the wall.  The camera was a Hasselblad with a medium telephoto lens, used at f5.6 (almost wide open for medium format....).

We talked for a while before I started shooting film.  I wanted her to settle comfortably into the space.  When both of us stopped being diligent and trying too hard I started to shoot.  I shot three or four rolls of film and there were many frames I liked.  But as with most portraiture there is one frame that clearly stands above the rest.  In our minds, this one was that frame.

What a wonderful career it could be if I can make more and more of these.......

Posted by Kirk, Photographer/Writer at 10:48 2 comments: