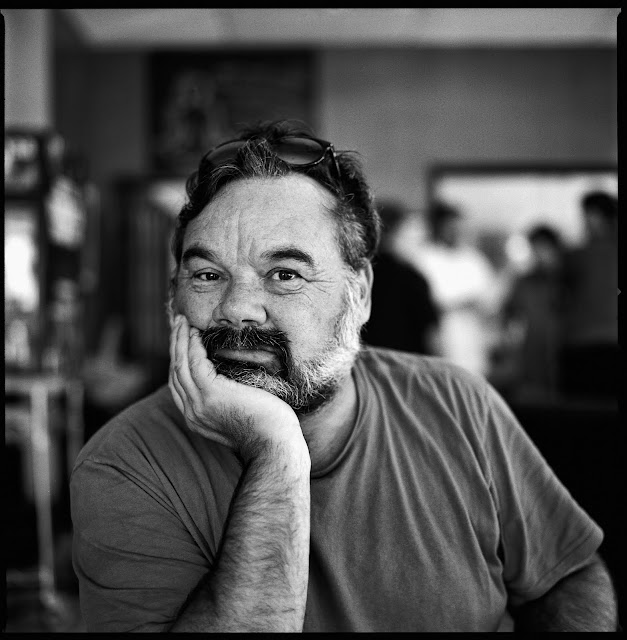 
I really don't have much to say about this portrait (which I really, really like) other than to point out how nicely the stuff in the background goes out of focus.  A really nice side benefit of shooting with larger format cameras and longer lenses.  I'm loving the whole process.  Since I only have waist level finders I get to stand up and say, "Hold that!"

It's all so much fun!
Posted by Kirk Tuck, Photographer/Writer at 17:00 13 comments: Links to this post 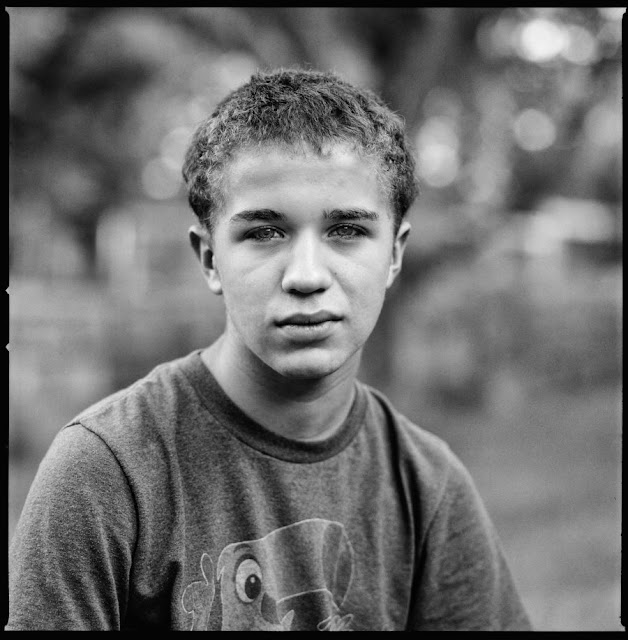 
I want to call out a good, long term supplier:  Holland Photo in Austin, Texas.  They've been souping my film for the last decade and they do a great job.  My Tri-X is always the right density.  And the price is bearable.  If you are interested in getting back to shooting film, or trying it for the first time, I have a little bit of advice:  Go slow.  Don't shoot a bunch of film, drop it at the lab and only start evaluating your technique when you get the film back.  Even though I've been shooting film on and off for decades I started my newest flirtation by shooting one test roll (training wheels) and having the lab run it.  Then I scanned it five or six different ways and messed with the files for contrast and what not in PhotoShop until I got just what I wanted.  Only then did I start shooting a bit more.  Now I feel comfortable shooting a couple rolls at a time.......
Posted by Kirk Tuck, Photographer/Writer at 16:00 7 comments: Links to this post