Making the most of your time. 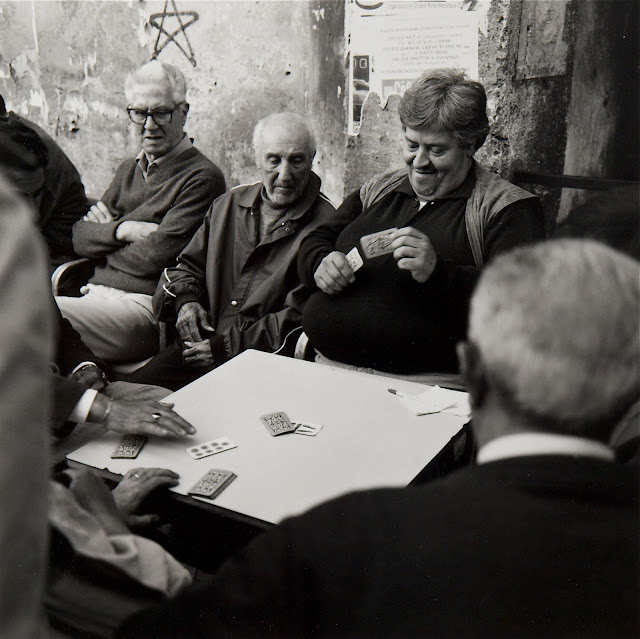 When I finish writing this blog I'll toss my cellphone in the top drawer of my desk, grab a camera and head out the door.  I don't always have a destination in mind but I know that just about anything I find outside my door will beat time wasted searching for the holy grail of technique on the web.

On the other side is the path of most resistance.  On this path the choices are:  (the bane of all creative people) Pick up the phone and schedule some portfolio shows.  Pick up the phone and call someone and beg them to come over and sit for a portrait.  Grab a camera and go out looking for something wonderful and interesting to shoot.  This path is much harder but in the long run it's a lot like weight lifting.  If you keep doing curls with a five pound weight it's hard to see much progress down the road.  A bit of heavy lifting and you can feel it the next day.  To build muscle you have to overcome the resistance.  To build creative muscle you have to leave the safety of the creative den.

I took some time off from blogging last week.  Too much seat time.  It only takes you five minutes to read one of these but it inevitably takes me forty minutes to think and write one.  I did client jobs and I did portfolio shows but mostly I walked around, met people and took images.  And it re-energized the way I feel about my work.

The one important thing I did for my art was to find this image (above), have a large print framed, and hang it over my desk.  It reminds me that I'll never find what I'm looking for in my own work if I'm glued to the computer.  Nice.

It reminds me to unplug and move.  Because at the core, photographers are like sharks.  When we stop moving we stop breathing.  And that's when we die.

There are times when the EP3 doesn't do what I need from a camera..... 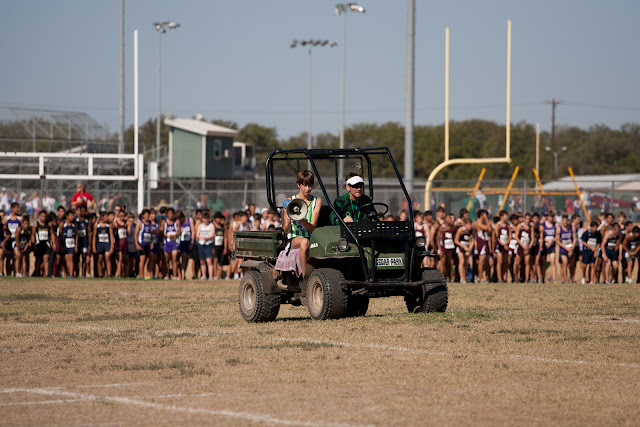 All last week I had a wonderful crush on my EP3.  Right up until I used it to shoot some theater stuff at ISO 1600.  I also packed an old Canon 1dmk2n in the bag, along with a 70-200 L lens.  The focus wasn't an issue but getting really clean, sharp files from the EP3 at 1600 was.  (And I didn't expect them to be....).
The EP3 does lots and lots of stuff right.  The images, from ISO 200 to 800 are nice and clean and saturated but at 1600 they don't really stand up to the larger pixels on the larger sensor in the Canon.  That was my first incidence of dissonance.
This morning (Sat. Sept. 24) I had occasion to wake up my kid at the way too early hour of six a.m. to get him ready and deliver him to a cross country invitational race in Cedar Park, Texas.  I packed the EP3 and the same Canon rig again.  In bright morning sun both cameras are superb.  The Canon is a giant brute of a camera and, with it's white lens on the front, it weighs a ton.  The Olympus fits in my hand perfectly and is nearly weightless.  But a few minutes of trying to track runners running at speed, coming toward my camera, had me tossing the weightless wonder back in the bag and grabbing for the 2005 vintage sports camera. 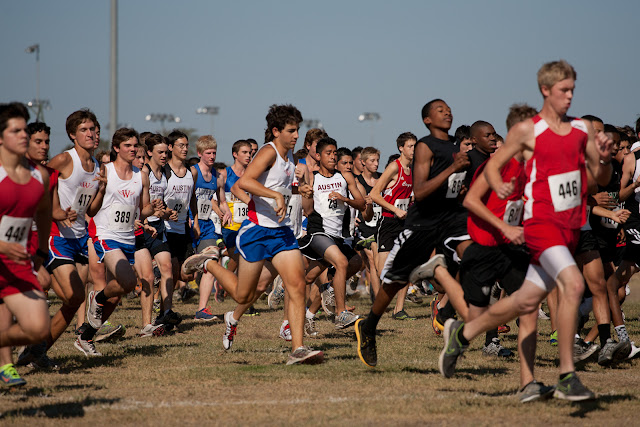 The Canon 1d series has three attributes that make it a top choice for photographing your kid running cross country:  1.  It focuses incredibly fast.  Maybe faster than it's descendant, and with a high degree of accuracy.  Even when you are in AI autofocus and tracking.  2.  It can shoot at 8 frames per second which gives you options for framing and foot placement of your subject.  3.  It has an inherent color palette that works well for sunny and shaded scenes. 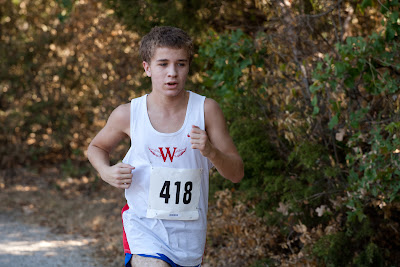 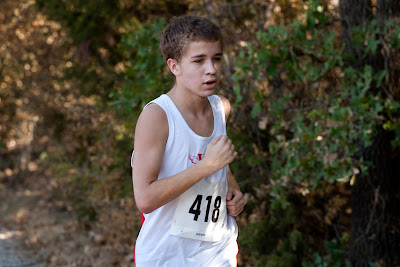 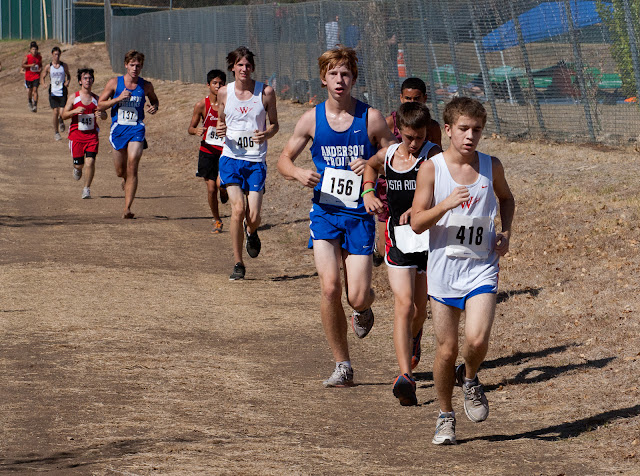 This is not some sort of "mea culpa." I am not "wrong" to sing the praises of the Olympus EP3 because it's a very capable camera.  But it is a cautionary blog to remind you that, when I buy a new camera I don't usually divest myself of all the other cameras in the studio.  Each one is a different mechanism for seeing.  Each has its own personality and its own set of strengths (and weaknesses).  I would not select the Canon and a few L lenses for a fun walk across a city.  I'm not into recreational weightlifting.  The EP3 is the perfect camera for that kind of work.  But it's good to acknowledge the weak points of the gear as well.  But I've been repeating, since I got my first EP2, that these are not sports cameras.

The Canon 1Dmk2n is a wonderful sports camera and built to a price point of around $5,000-$6,000.  It was almost custom made to do exactly the kind of work I put it to above.  The focus is better than anything else I've ever owned, from Nikon, Canon or Olympus.  But it's not nearly as much fun to shoot on a downtown street or in a crowded club.

If you only have one camera you'll need to make some practical choices.  If you buy some previous generation cameras that are specialized, along with current cameras in other niches, you might end up with the best of all possible worlds.  Just not at the same time.
Posted by Kirk, Photographer/Writer at 06:00 16 comments: