Mass Mind Control and the homogenizing nature of the web. 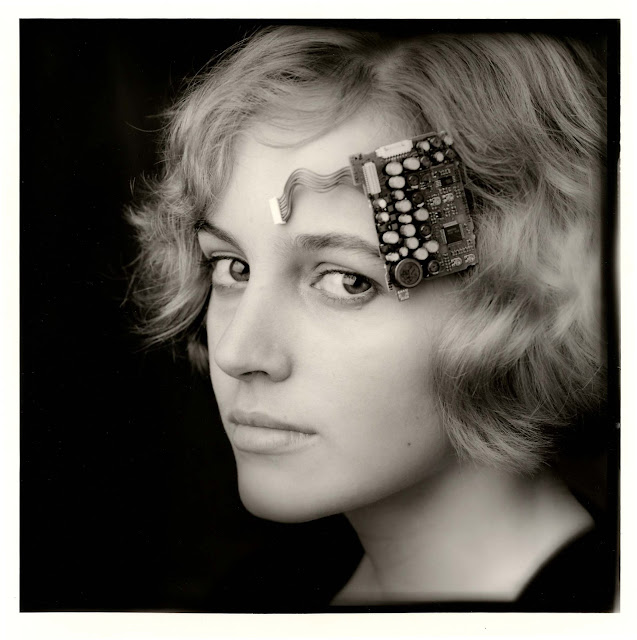 A thousand shrill voices screaming the same pseudo-fact doesn't make it so.

I've been pondering what I think is an interesting question lately:  "What comes after the web?"

Imagine a time in the not too distant future when everyone is on the web all the time.  All the messages become diluted to the point that the content will come to resemble distilled water.  I read in Ad Age Online yesterday that big companies like the Gap and Nordstroms and many, many more national retailers rushed to establish pages on Facebook in the last year and a half only to pull the plug on their pages in short order.

The big retailers found that the audiences were enthralled with the narcissism of talking about themselves but there was very little attention bandwidth to actually listen to messages from anyone else. The clicking of the "like" button was little more than a grudging quid pro quo designed to cement a listening (reading) audience with the promise of, "you read my crap about little Johnny and his soccer game and I'll pretend to read and be interested in your stuff as well."

Might work in the dynamic of personal relationships where there's no hard currency at stake but it's hardly the foundation of success for a mass marketer.  And the numbers bore this out.  Hence the wholesale exodus of retailers from facebook.  (The big guys, with a constant eye on the metrics, went first, it will take a little longer for the smaller businesses to "get it" and move along...).

In my estimation the web is now functioning in bifurcated manner.  On one hand it is a portal for companies with products and services to sell.  They see the web as a target for online press releases (and isn't that exactly what the launch of a new camera or car is?).  They see their websites as a virtual rack upon which they've arrayed their product sheets, their spec sheets.  And they do it because it's as cheap as free.  But car dealers and car makers learned something important when they tried to herd us all to the web for more information.  They learned that when people come into their showrooms to shop for cars they are intent on leaving with a printed, color brochure of the product of interest.  They're not asking for an iPad download or a link to a 360 VR walk through.  They want/demand a paper and ink souvenir of their visit and the brochure will have an efficient effect on their ultimate buying decision.

On the other hand the web is performing a function as free entertainment for people who are addicted to meaningless information.

I have an analogy for the landscape of the web in which mature product segments exist. (And sites about photography exist, in the final accounting, in order to sell product.  The endless discussions and reviews are part of the marketing that drives the endless sale cycle.)  The analogy is of a very, very large room with very acoustically  bright walls, a hard ceiling and a concrete floor.  The room started out nearly empty in the old days.  A few people congregated to talk about gear and art.  But soon the room filled up and continues to fill up.  The volume of the discourse is so loud (everyone talks at once) and so intense that no one can really hear anymore.  It's become noise.  The signal's been lost.  It only takes a few conversational bullies to drown out an area of the room.

But here's the logical disconnect:  There are hundreds and hundreds of products in every category.  In cameras the catalog ranges from little plastic cameras that still take film and off no controls to massive, medium format cameras which cost more that nice cars.  And every camera purchased generates a little electron of loyalty that orbits around the nucleus of that product's atom.  If the atom is stable and attractive it continues to generate new atoms and eventually the products become a molecular construct.

And to combat post cognitive dissonance every atom finds a rationale for undying loyalty.  To the point where they are able to believe that the unique assemblage of features, benefits, swtiches and sensors is the perfect formula for photography as they know it.  Once the logic chain is locked anything else becomes, to their minds, indefensible.  The inertia is breathtaking.  How else to explain the Nikon Pro's loyalty during the dreaded D2x years when they could look across the atomic chart and see all the Canon atoms revolving around a full frame nucleus?  How else to explain the rabid defense of the new Olympus OM-D which has been annoited "god-like" among small format cameras even though its launch is more than two months away?  Allegiances form around myth.  Myth drives wedges into discussions.  Religions form.  And pretty soon the value of discourse dwindles away.

The question is not, "What to look at on the web?" The real question is, "Should we be wasting our time on the web at all?"

What does the next model look like?  Look to the things that haven't changed.  Galleries still exist because people want to see what art really looks like, not just a simulacrum of the art.  Photowalks exist because people long for real groups to belong to.  Books still exist because the joy of reading them hasn't been extinguished by "opinion content" on the web.  People still go to the movies, I think, largely because movie critique, Pauline Kael, was correct;  there's something scary and fun about sitting in a large room, in the dark with a bunch of strangers,  sharing an experience.  Stores still exist because people want to touch products and weigh their actual appeal.  They want to experience, first hand, what the electron affinity is for them.  People still kiss other real people because there's nothing at all like that experience on the web.  And people still go out to eat because it's performance art in which they can actively participate.  An art that wouldn't exist without a non-virtual audience.

This blog is sometimes a substitute for coming to grips with what you really should be doing.  It's fun to read what I say about products or inspiration or even love.  But like everything else on the web it's just one string of constructed reality wedged into a ball of string that's parsecs wide.  People come here to nod in agreement, smug in the feeling that we're part of a special atom.  Others come here prepared to hoist the flag of their own allegiance and to try and capture ours.

But the signal to noise is growing to the point where the web will become nothing more than the SEAR'S catalog of your generation.  And the cool people will move on to what's next.  And what's next is all the stuff that's tried and true.  All the stuff that we've been doing for decades, both before and during the ascendency of the web.  Follow the things that do not change.  That's where reality exists.

Content trumps everything.  Technique trumps technology.  Technology makes things easier and sometimes quicker but not necessarily better.  Resources are limited.  You give up hard won experience every time you abandon one tool for a newer one.  And in the end the only thing that matters is how the work of art works.

I'm going out into real life today and listening and watching and smiling and looking.  It's different than looking at Tumblr or 500px.  It's real.

Come to grips with what life would be like without the web.  Start today.
Posted by Kirk, Photographer/Writer at 12:05 34 comments: