I have to laugh, sometimes, when people talk about cameras. 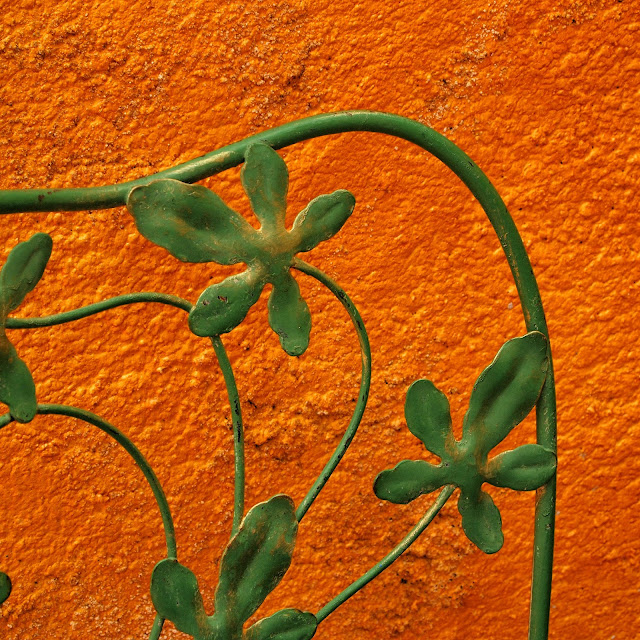 They think everything should be sharp, like the images of earth from outer space.  But remarkably, the images most people seem to like don't really have much to do with sharpness or lack of sharpness.  The real parameters seem different.  People are engaged by subject and, with life documented sharply and accurately twenty four hours a day they may be more interested in photography that's an interpretation of a thing instead of it's literal molecular construction. 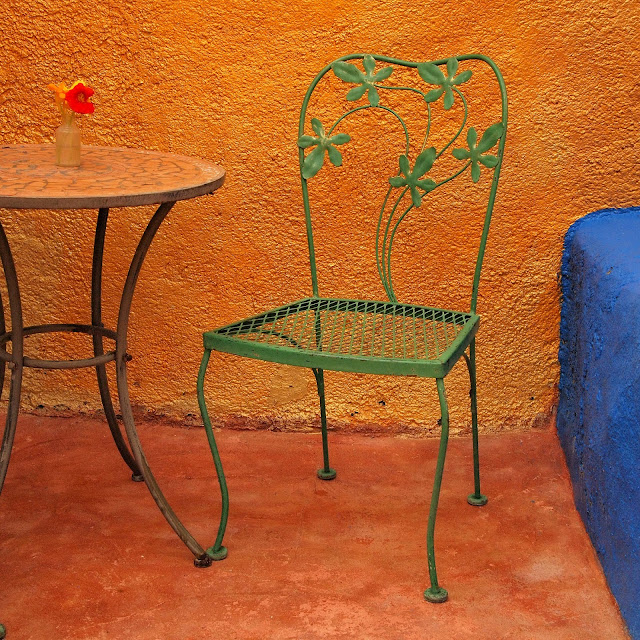 Both of these images are of a green chair.  The second image totally describes the chair. The first image alludes to something that might be a chair.  I like them both but the more abstracted reality of the chair wears well, day in and day out.

I looked back at these photographs as a counterpoint to the chatter all over the web about the new Olympus OMD EM5 camera.  Half the people discussing are convinced (as I am) that it represents the next real generation of tools for a large subset of photographic artists.  The others either don't care (which is shrewd) or they cling to what they know best and assume a defensive stance.

The arguments rage as to whether the camera is sharp enough (for almost everything I can think of  it is...) and whether it is a worthy tool (most cameras are).

But it got me thinking.  Were all the cameras that came before just a charade?  Were they some sort of place holder between film and digital perfection that we had somehow been duped into accepting because we had no other reasonable choice?

I didn't think so either and so, by way of a reality check, I went back to these files from a trip I took to west Texas where I took only two cameras:  an Olympus EP2 and an Olympus EPL-1.
After the hysteria of the web I expected that, when I opened the files, I would find only mush.  Baseball sized electronic noise and hideous color shifts that would render the files unusable.

But, in fact, I am quite pleased with all the files I scrolled through.  They seem to have more than enough bite to please even the most stringent and critical viewer.  I was pleased to see the squares again.  And pleased to see that the colors were as I remembered them.  Not hampered in the least but a nice rendition of what I'd seen and remembered.

When I finished pulling out some favorite files I was pleased by the thought that the work I'd done before the arrival of the new breed of revolutionary cameras wasn't in vain.  In fact, I think a lot of what I shot with the ancient EP2 is downright lovely.  In fact, I think I'll keep it.

Posted by Kirk, Photographer/Writer at 19:37 24 comments: 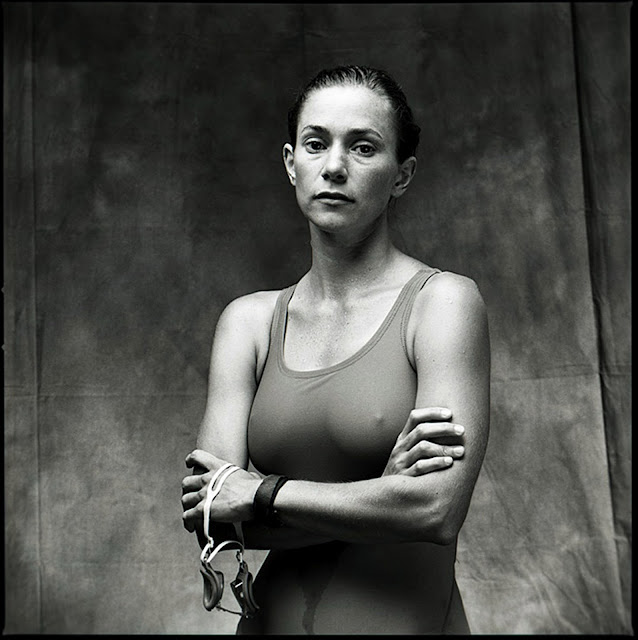 Portrait of Sarah after a swim.

Years ago, before people got so serious and so busy, I would often ask my friends to come over to the studio and stand for a quick portrait.  One day I asked my friend, Sarah, who is a painter.  She makes art for a living.  And she swims for the joy of it.

I used two lights.  One was a big softbox, mounted up high.  The other was a small softbox just behind Sarah, illuminating the background.  The camera was a Hasselblad with a 150 or 180mm lens.  ISO 100 black and white film.

I never ask people to smile.  I ask them to stand in a certain spot and to turn in a certain way.  We shot a roll of film.  Twelve frames. Sarah went off to paint and I headed into my darkroom to develop the film.

I like to look back at prints I've done of my friends.  It reminds me that I started doing photography for the fun of it.  That I work on projects for clients but I take images of people because it satisfies a human need to connect.  I could print this large or look at it on the screen, it has the technical finish to go either way.

People seem to think photography is all about sharpness or lack of grain and noise but it isn't.  It may be the imperfections in the processes (and the seeing) that makes images seem more valuable.  Very few people are really interested in perfection.
Posted by Kirk, Photographer/Writer at 19:22 10 comments:

He writes well and, more importantly, I like what he writes. 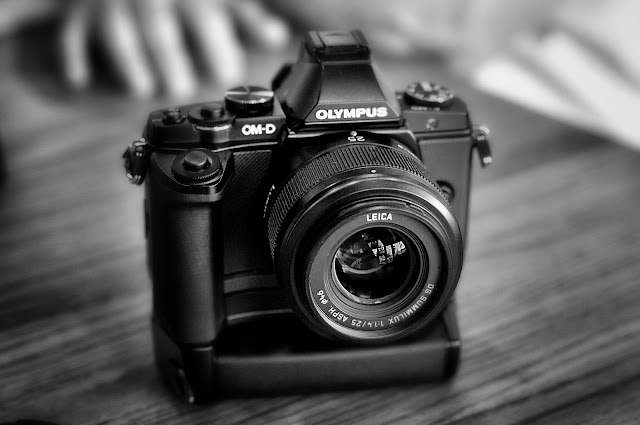 Gamechanger.  Coming (some day) to a store near you.

Posted by Kirk, Photographer/Writer at 14:36 6 comments: 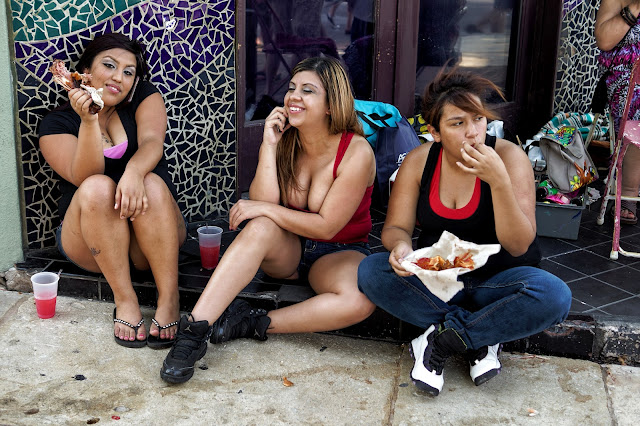