Technique in search of a subject. 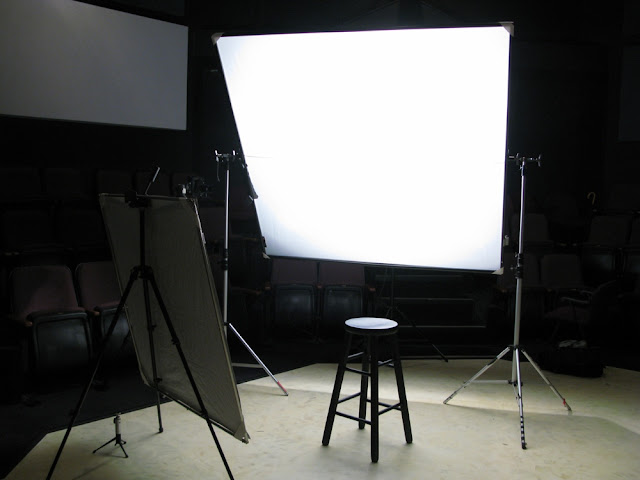 It's hard to find people who have time when you have time and have the same degree of motivation to be photographed as you do to photograph them. The most interesting people tend to be the most busy. They are deeply involved in whatever thing it is that makes them so interesting and, if they had lots of time to spend doing other things they might not seem so interesting in the first place.

As I get older and read too much I find that we can break down most photographers into two camps. The ones who master their craft in order to photograph the subject of their passion and the ones who get really good at their craft in order to be really good at their craft. To the first group the mastery of technique is a means to an end. The mastery gives them the potential to make images of their chosen subject in a style and a way that is unique to them. These are the people whose work comes to mind in a heart beat. Annie Leibovitz and Richard Avedon as people photographers. Patrick Demarchalier and Peter Lindbergh as fashion photographers, and Ansel Adams and Mark Klett as Landscape photographers. They pursue their passion. They've found their passion. And they explore(d) it relentlessly.

The second group are the universal shooters. They can shoot food, shoot a car, shoot a model, shoot a sunset or a sunrise, shoot a factory or a building or someone hanging off an enormously tall tower, or fighter jets or a child lit by a sparkler on a Summer evening. And in every situation they bring a technical expertise to the image that is arguably correct but, because it is largely a generic solution based on satisfying or solving the technical issues of the image it is homogenous and boring. Forgettable.

The images that effect culture and our understanding of photographic art come, almost exclusively, from people who have passion for one subject and a relentless desire to pursue that subject to the exclusion of all others. They may change gear like the rest of us but they stick to the subject at hand.

This makes them incredibly boring to follow. The do the same thing over and over again, always attempting to find just a nuance of new but mostly to unlock the interesting thing that they already sense in their subject. They don't make big changes. They won't be blogging about the latest light or the hottest lens.

The little circuit breaker in the brain that separates the first group from the second, as far as I can see, is fear. In a professional capacity it's the fear that they won't be asked to cover a wide range of assignments, that people won't like the one subject they choose and will seek other photographers instead. The fear for amateurs is different. And I don't really know what it is. It could be that the fear of committing to one subject is that they'll miss out on another subject. I watched the swell of image makers who had previously done street or candid portrait photos rush to embrace HDR and all of a sudden everyone was whipping out wet streets at twilight and glowering landscapes, rank with color. They'd switched subjects in order to satisfy their desire to master the technique du jour. Ditto when photographer, Joel Grimes rolled out his gritty lighting and post processing and applied it to sports photography. The same people who rushed to follow Trey Ratliff on the Technicolor V train did a 180 and began to make tons and tons of grit-o-graphs. There was a palpable feeling of the fear of being left behind. Of not mastering the mainstream. Of being passé. Attaining new visual tools was the process.

I would dearly love to say that I am of the first group but I know it's not true. While I love process of the portrait, and I can think of nothing I'd rather shoot and look at, I fear the idea that my favorite art directors will pass me over for lucrative assignments in food photography (which is enjoyable but not a real passion) or product photography for the high tech industry (which is not really enjoyable but very rewarding financially). And then there are all the times when I'm too tired or unfocused to research who I want to shoot and how to set up the sessions, and then I just capitulate and walk around shooting in the streets because I feel like I should be doing something photographic with all this gear I own. Maybe I have the hope that I'll discover my next portrait subject while I'm out walking around. Maybe I'm just convinced that I need to try out a new camera and see if it changes the way I approach things.

One of my fears is a construct of the last five or six years. I have this blog. People seem to like it. Tens of thousands of people come here almost every day to read the stuff that I write. And I don't want to disappoint them or bore them. On one hand my early rationale for the blog was to drive sales of my books, and then workshops and then affiliate links. But the books are in the long tail phase of their lives, the novel never seems to be ready to launch and, I suspect, the workshops will take care of themselves. The real reason now is that I have an audience and it feels good to be part of the community. I feel like I'm adding to a discussion that transcends national borders and has to do with the art I like.

But the disconnection is that if I wrote only about portrait photography I would have run out of anything to say in early 2009. Maybe earlier. It's a cruel two edged sword. I long to spend the time just making portraits but I have an equal need to connect and stay relevant. And I know the blog brings other industry opportunities to me. I desire them even though I know they are a distraction.

I often wonder what would have happened to my career if I stayed on one path and didn't vary. Shoot my one passionate subject with one camera and one set of lights and keep incrementally trying to improve the rapport, the pose, the collaboration and the feel of the light. I think of all the money I would have saved that's gone into gear. But I also think of the tangential lost opportunities that the solitary course would have meant.

Fear of being left behind or professionally marginalized means I made myself into the thing that is least satisfying for me. I've become a generalist. And now I'm adding video to the long list of tricks in my bag  not because I love story telling but because I'm afraid that might be the direction in which all of our business is heading and I don't want to be left behind. Not yet.

I guess the biggest fear that mitigates against doing what you really love is the fear that you might discover that you are not as good at it as you thought you might be. And no matter how disciplined and self-confident you might profess to be there's a little (or huge) part in all of us that tries to prevent us from failing. From falling on our faces. From over reaching. That's the thing that the first group has either conquered or come to grips with. That's the thing that keeps the rest of us practicing technique in the search of a subject instead of doing the art we wish we could.

Too heavy a blog for a Tuesday morning. Sorry about that. I seem to be turning into a Russian writer...

Posted by Kirk, Photographer/Writer at 09:57 25 comments: