I was playing around with a Samsung NX30 this afternoon and found a lens I really like. 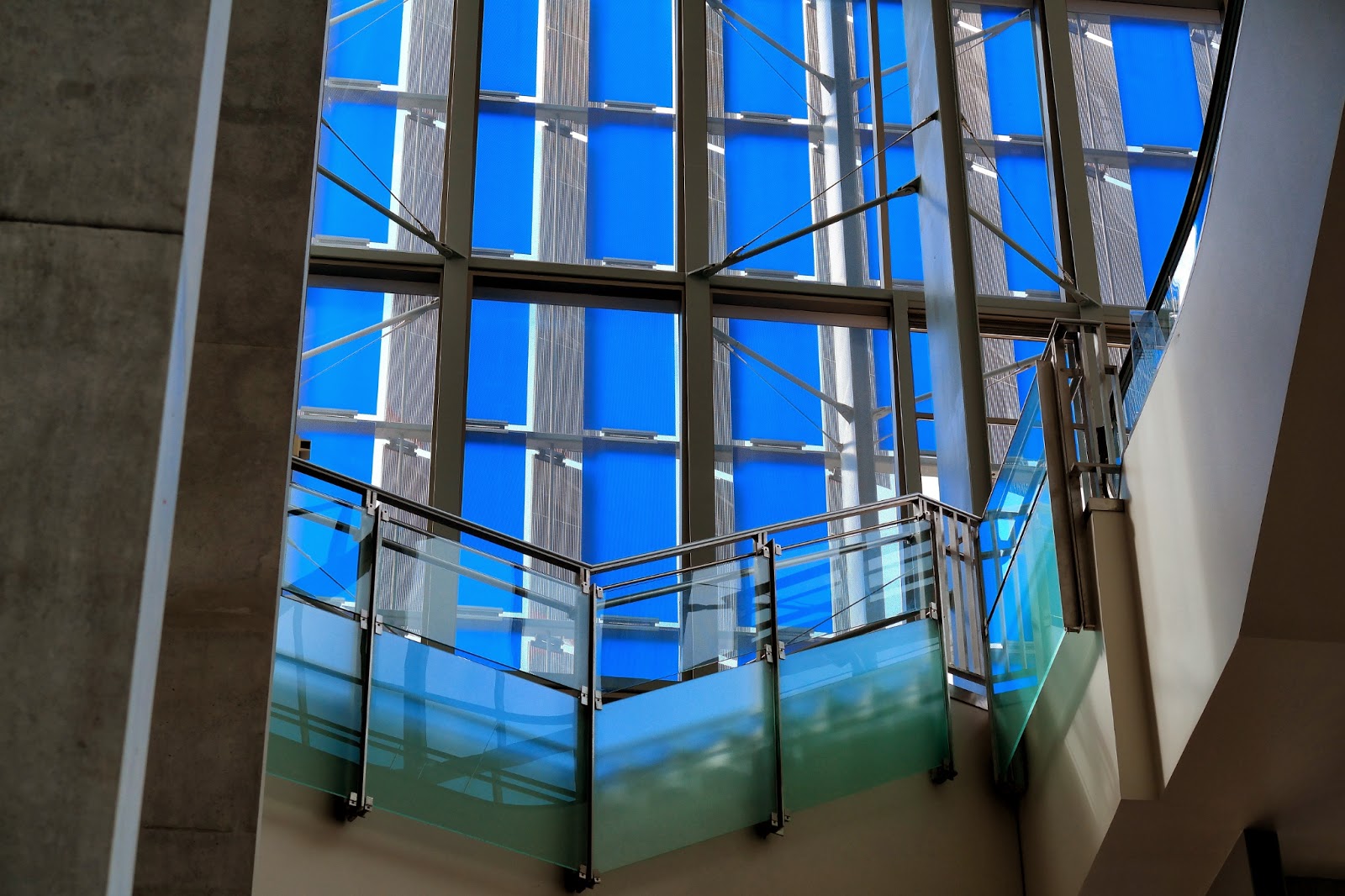 I've done so much work in the last ten days that I needed a small break. I needed to put down the cameras I've been using and also step away from the computer and just go out for a walk. To mix things up a bit I unearthed my Samsung NX30 camera and the Samsung 50-200mm f4-5.6 zoom, checked the battery and headed out the door.

I walked along my familiar path from Whole Foods flagship store to the Austin Convention Center (home to SXSW) and back again. When I made it back to WF I did stop in to buy a lovely Proseco, but that's another story...

I haven't spent much time with this particular zoom lens but it was just what I wanted this afternoon, and, after looking at the images, I have new respect for the lens.

It's small, light and image stabilized. It's sharp, contrasty and seems to handle flare well. The combination of the NX 30 and the 50-300 is pretty cool since it gives me the equivalent of a 75-300mm zoom in a small and easy to handle package. I'll be using it to shoot some theater with next week as a test of the camera's high ISO capabilities. I'll have more samples then but I did want to include one more because I was very happy with both the sharpness and the tonal balance in the image below: 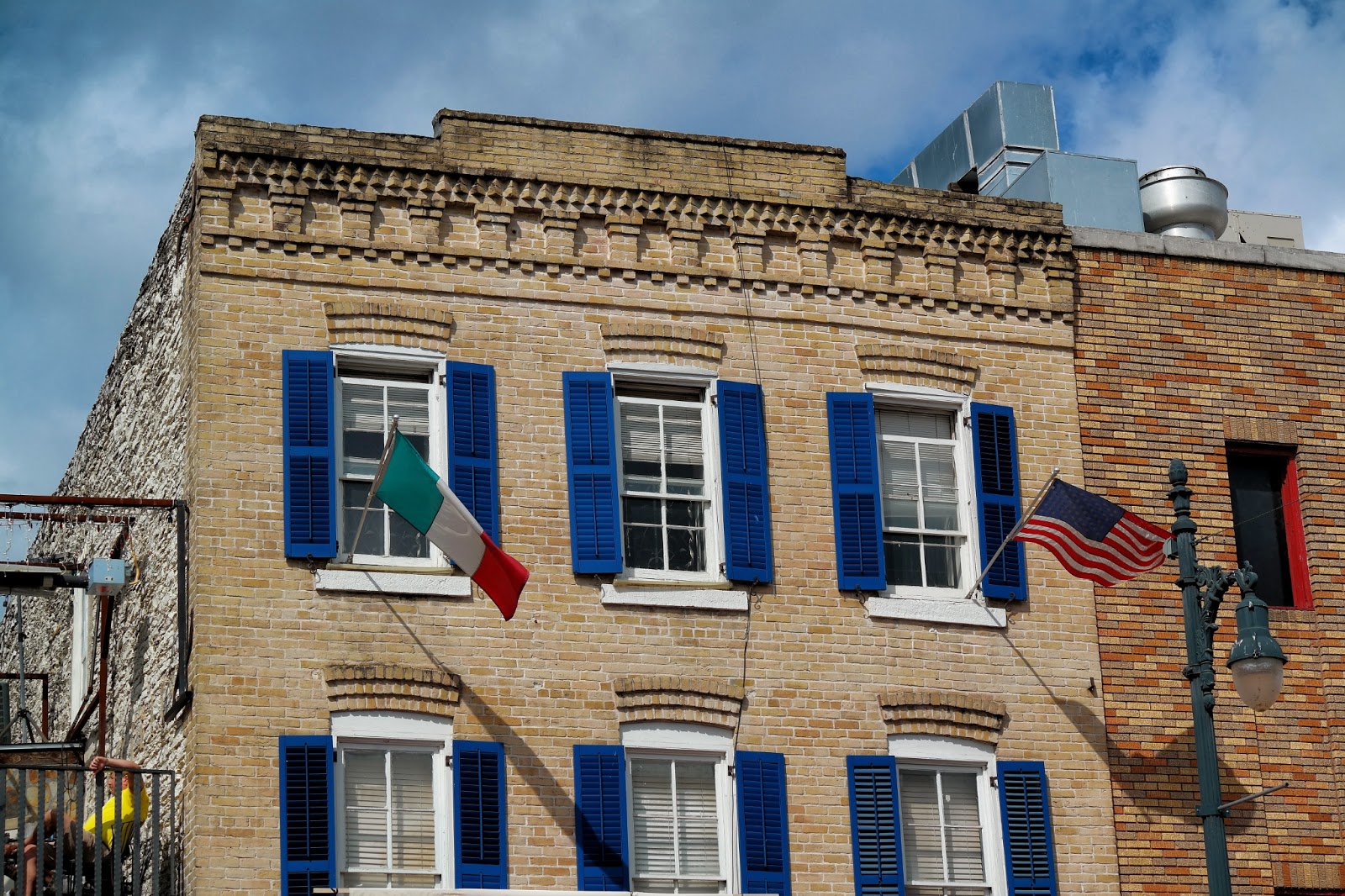 Disclosure: I am a member of Samsung's Imagelogger program and I am testing the NX 30 and several lenses which were sent to me by Samsung. I am not required by the nature of my relationship with Samsung to post images or articles on my blog with images from their cameras. I chose to do so because the camera returned to me images that I like and with a tonality and structure that is different from what I get from other manufacturers' cameras. The difference is more than enough to keep me intrigued. that and the fact that I really like the camera and lens combination's rendering of color. It's a rich palette. Especially when I process the best quality jpegs exactly the way I want them.
Other than the camera and two lenses I am not being given any other consideration at this time by Samsung or their marketing associates. Do I hope they will send me buckets of money and send me off again to wonderful locations? You bet. And I'll let you know straight up if they do.

For now the NX 30 is a nice change. Almost a busman's holiday camera for me....

Posted by Kirk, Photographer/Writer at 20:57 No comments:

I was too busy to notice but several days ago the blog (Visual Science Lab: Kirk Tuck) crested the seventeen million page view mark. Much writing but even more reading. I'd love to hear you check in and tell me if I'm still doing a good job.

I'll take some criticism too but don't cross that line.......

Seriously, thanks for reading.
Posted by Kirk, Photographer/Writer at 12:51 14 comments:

Experimentation is the spice of something. Adventures in narrow depth of field with m4:3 cameras. 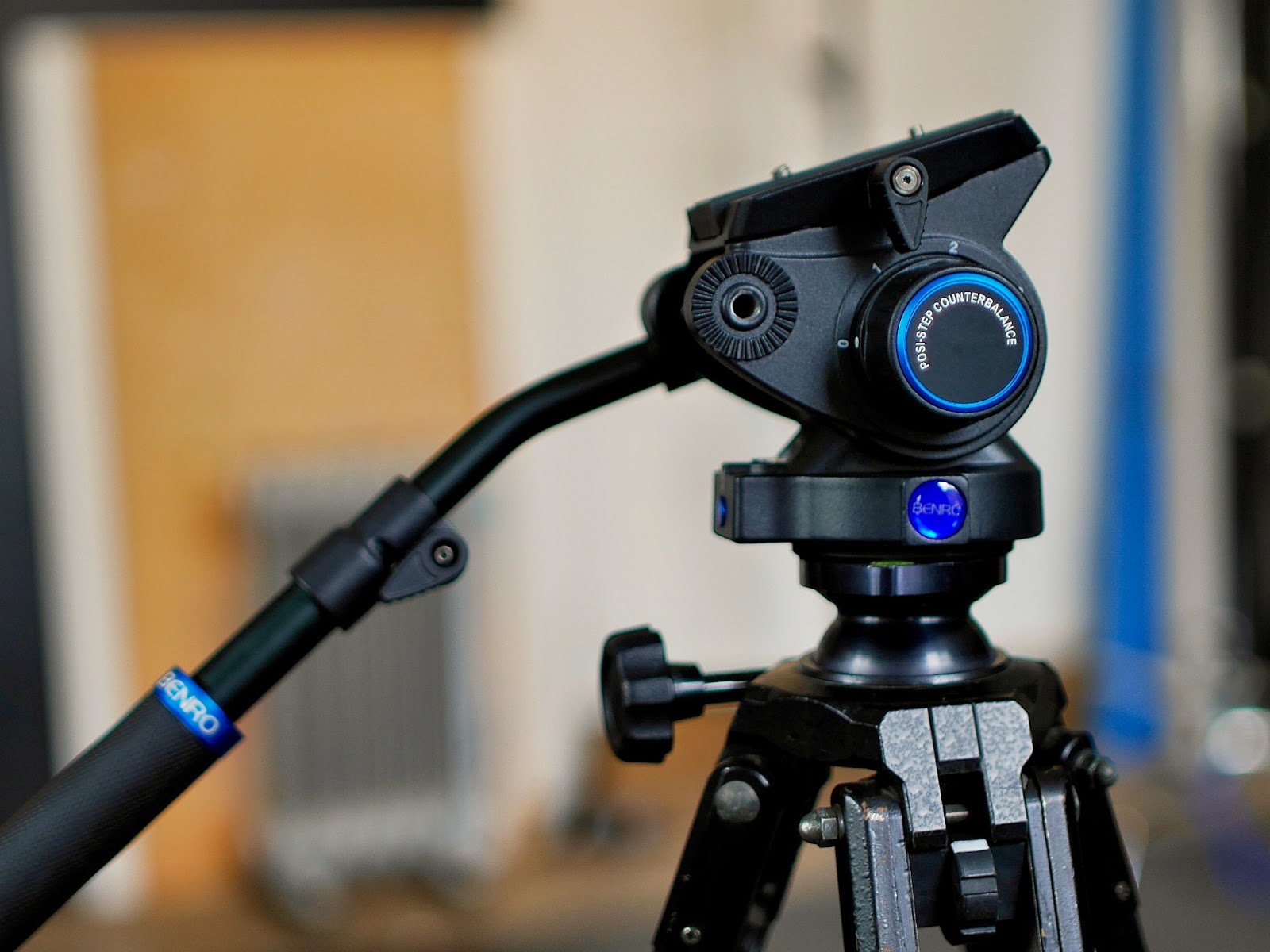 I've had such good luck with the Panasonic GH3 in the video realm that I am now trying out zany lenses to shoot with and I've come to like shooting with some of the same lenses for my conventional photography. On Monday this week I was making portraits of architects and while I wanted images with defocused backgrounds I just wasn't into carry around the bag of full frame Sonys and all the lenses. We weren't shooting studio style, I was shooting environmental portrait style. That means that I didn't mind supplementing the existing light but I wasn't going to set up backgrounds and soft boxes and flashes either.

I've had good luck using adapters to mine the rich vein of the manual focus Olympus Pen FT lenses such as the 60mm 1.5 and the 40mm 1.4 but I wanted something just a bit short and equally fast. My other option in the Olympus drawer was the Pen 38mm 1.8 but that lens is a bit flat and flare-y and really on gets acceptably sharp from 3.5 on down. Not what I was looking for in this instance.

I looked around the studio and decided to try the behemoth Rokinon 35mm 1.5 Cine lens. I had a Sony Alpha to m4:3 adapter just sitting there looking pretty on my (actual) desktop so I put it all together and attached it to the front of a waiting camera. Do the quick math and what you end up with is a 70mm equivalent that opens up to t-stop 1.5. Nice----if it's sharp enough.

I shot a number of wider, environmental portraits with it and I like what it does to the backgrounds and the tonalities in general. While it's sharp enough wide open it does better at f2 and better still at 2.8 where it is just about perfect.  Of course, by then you're starting to give up some of the benefit of the narrow depth of field. But overall, wide open it is sharper than the Pens.

The portraits look pretty darn cool. I also tried the Sigma 50mm 1.4 lens on the adapter and then I was really happy. The center part of the lens (the part I really care about) gets sharp really quickly and the equivalent of 100mm is just exactly in the sweet spot of my portrait lens taste profile.

Long enough to get close but not so long as to exclude all detail. It's a well done lens. Even (or especially) for micro four thirds. I can only imagine that the new version is that much better.

I am interested in hearing from m4:3 shooters about their favorite lenses for doing narrow depth of field. I presume everyone has a "go to" portrait lens but I'm especially interesting in reading about adaptations of older (and newer) lenses that are being re-purposed away from their original format targets. Whaddaya Got?
Posted by Kirk, Photographer/Writer at 12:48 22 comments:

Mystified by it all. 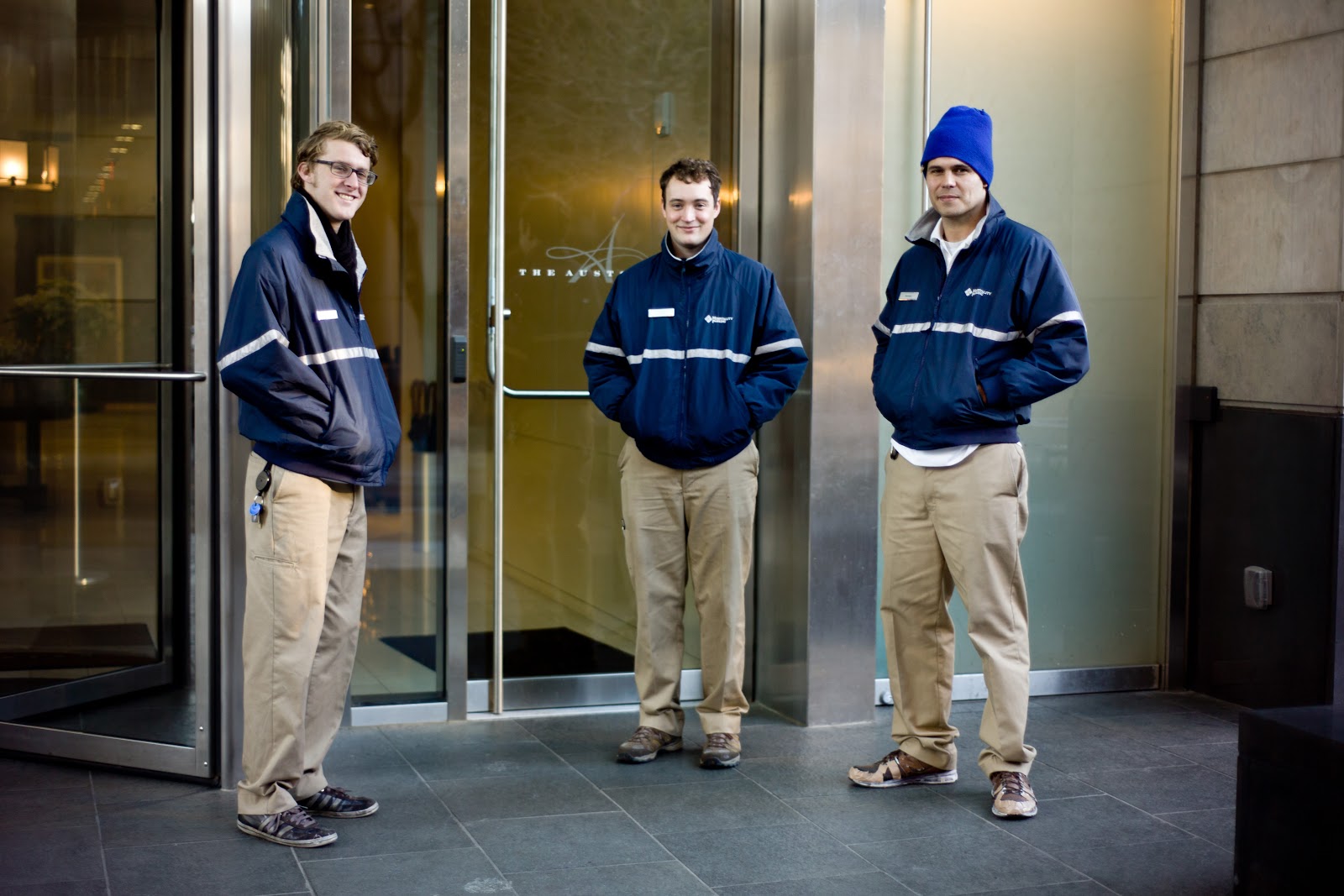 So. The Getty's new business model is to give the public whatever they want for free in return for creating a web site that's deemed worthy of advertising dollars. I guess that's the gist of it. They've capitulated to the larceny of the masses and they are going to put a best face on the reality of it all and drive as many eyeballs to their site as humanly possible, using photographs provided by photographers (free content for Getty no matter how you slice it) and they are going to turn around to ad agencies and clients and monetize the crap out of their site by selling consumer eyeballs to the advertising clients who can exactly target their potential markets. And buy advertising space.

No Getty photographer will make a single cent on the billions of free images that will be given away, over-used and quickly devalued for all time. Not a cent. Nothing. You can argue that the exposure will help their business but what does exposure really mean for a commodity product? Nothing at all.
Will the cream rise to the top? Sure. Maybe. Probably not. It's being crowdsourced by consumers whose overriding concern is price----or the lack of it. Understand that this is not a marketing ploy to sell more of the images that photographers are basically throwing over the transom to Getty. They (Getty) have no sustained interest in selling those images. The stream is the content in the same way that endless episodes of Honey Boo-Boo and endless re-runs of the Beverly Hillbillies exist only as  wrappers for commercials. You watch the stream. You ingest the ads. You never buy the stream. And Getty never sells the stream. They sell your eyeballs. They sell billboards next to your camera content. Content created and willingly given away.

If valet parking were free we'd never have to circle the block again.

How does all this effect real working photographers? I think it's a wash. People still need custom images of their people, their products and their processes. That's a basic. And in those markets it's always been a matter of taste intersecting the graph of cost. Some companies understand the value of really good work while others have always been in the camp of : "Good enough for government work."

The binge trough of free images does damage our ability to help clients understand usage rights and copyright but that's a whole different battle. One we're losing on our own through inertia, cowardice and ignorance.

The bottom line is that the world is awash with images and most of them are de facto free. The world of profitable commercial photography is changing and many of the niches that used to provide profitable incomes have morphed into crowd sourcing and lowest common denominator pricing.

How it will all turn out is a mystery. I think there's a huge bubble comprised of on line companies whose products attract hundreds of millions of users and their strategy is to capture the most attention and the most use by people in demographic that appeal to marketers and international suppliers of consumer goods like cellphones, cameras, cars, branded food products and techno-toys. They are delivering------AD SPACE. And they are brilliant because unlike the television networks who had to buy their content to wrap commercials around----or radio stations that have to buy the rights to air music or pay the salaries of on air entertainers---the new wave of media AD SPACE providers are crowdsourcing their content absolutely free. That's how Facebook, Twitter, Tumblr and now Getty work.

But just as in the newspaper business the market can only provide revenue for a small number of providers. Think back. It's rare even in the heyday of newspaper publishing that even a major city had more than two big newspapers. The web market is much more diluted and granular. Advertisers can more effectively pick and choose markets. The markets change more fluidly and quickly now. The Facebook and Getty of today will eventually become the AOLOnlines and MySpaces of tomorrow. It's not a tech bubble, it's really an advertising inventory bubble and every tech company is racing to be part of it.

But when consumers have no real sense of community or loyalty to a site or a concept the bubble is much more fragile than before. On the other hand there's really no infrastructure to most of the companies so the downside of a bubble bursting for most of the new starts is that 20 or 30 start up specialists move on to something else and the people who held the newly created equity have their generation's own Enron stories to tell...

Photography is morphing but done correctly and used correctly it still has real power and value for clients. I'm putting on my poncho so I don't get spattered by the explosion of free images when the AD SPACE TECH BUBBLE pops and creates a mess.

The free food at the buffet for a mass market promotional event is almost as good as real food....
Posted by Kirk, Photographer/Writer at 09:52 4 comments: