Photographing the Dress Rehearsal for the Gospel at Colonus. The Zach Theatre Production. 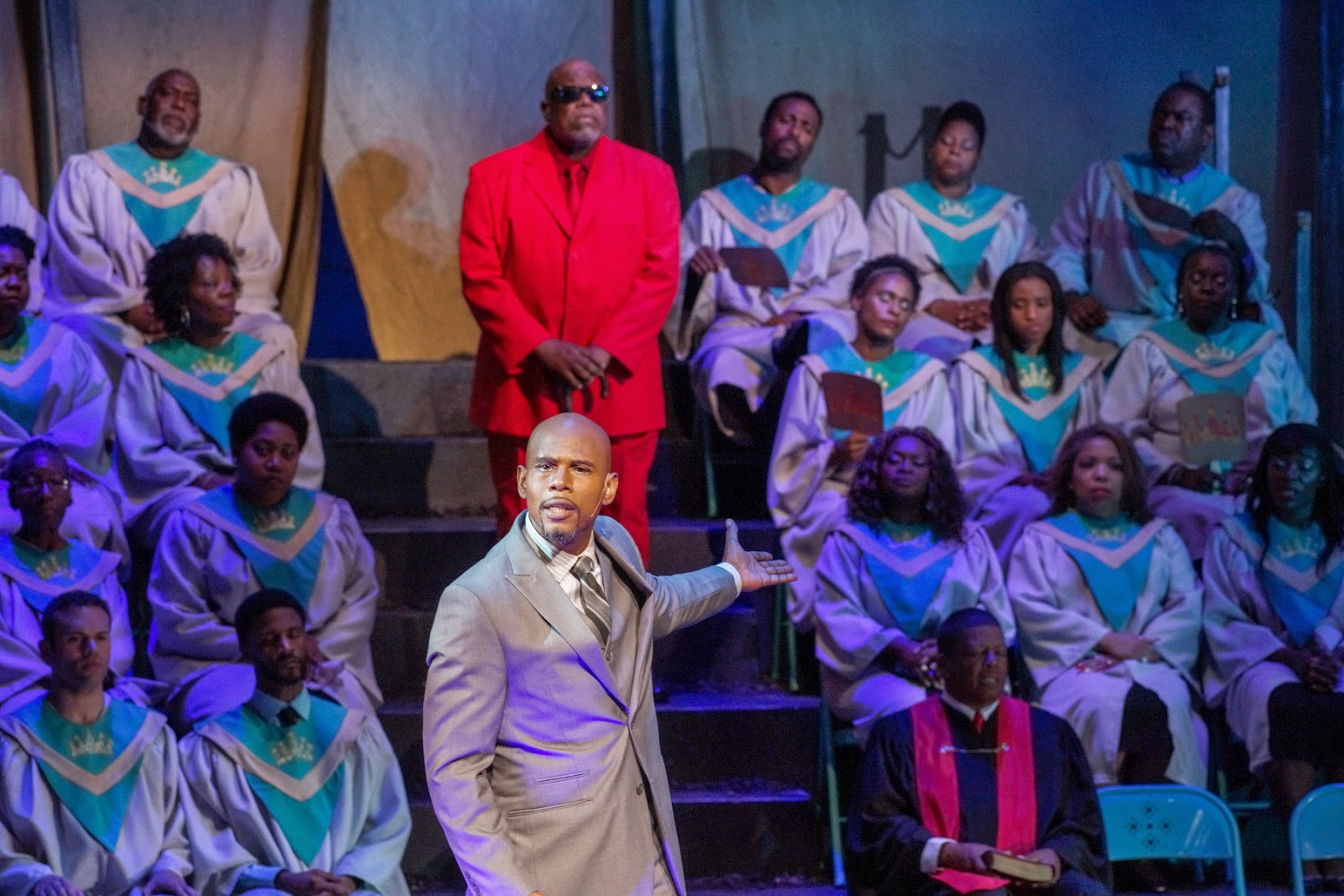 I left the studio with a motley selection of cameras and lenses. In a break with my past process I left most of the zoom lenses at home and went to shoot the dress rehearsal of The Gospel at Colonus with a motley selection of ungainly manual focusing prime lenses. Seemed a bit risky as my 58 year old eyes aren't the quickest manual focusers and the screens in digital cameras certainly aren't set up to aid in getting the best focus. But what the heck?

From the right spot in the theater the 35mm covers the entire stage. From halfway back in the house the 85mm is great for small groupings and the 150mm is a good focal length for head to toe shots of one or two actors.

I walked into the theatre about fifteen minutes before the doors opened for the audience and spent a few minutes chatting with the person who shoots video documentations of each dress rehearsal, Eric. He's a freelancer I've known for decades and his work is great. He was using a Canon C100 with the 24-105 as a wide camera and a Sony F3 with a long zoom for following actors and doing closer comps. Eric was taking a feed from the sound board into one channel of each camera and on the other camera he had shotgun mics. The shotguns were to capture room ambience should he need to layer that into the sound mix. Always good to have stuff up your sleeve if your primary audio is too good...

When the show started I realized that the 150mm, from my chosen position, was a bit short for more dramatic close ups so I bit the bullet and implemented the clear image zoom for some of the shots on which I wanted a tighter composition. Yes, I could have cropped the images in post and gotten the same effect but I don't always have the luxury of touching every file if we have a tight newspaper deadline so I wanted an in camera solution. It actually worked well.

My biggest concern was the ancient Hasselblad lens but it functioned very, very well. I shot a lot with it wide open and the rest of the images from it are one stop down at f5.6. I missed focus often enough but I do tend to shoot a lot and refocus a lot and my excess of zeal worked to my advantage in covering my butt. In retrospect I should have magnified the focus frame every once in a while just to double check. I'll do that next time.

The 85mm worked exactly as I expected it would. I tried to stay around f2.8 leaning to f4.0 and when I did that I was rewarded with sharp files and good exposures. It's nice to shoot theatre with a click less aperture lens on an EVF camera because you can slide in small exposure changes in a very fluid way and with an instantaneous feedback loop. It's nice.

The hard lens to focus was the 35mm 1.5. There's too much depth of field at the stopped down taking aperture to really nail focus the way I'd like. Again, a bit more time spent with the focus magnification on the a99 would have helped. And, again, there are plenty of sharp frames for each scene to chose from. I'm just used to AF lenses nailing everything you point them at. 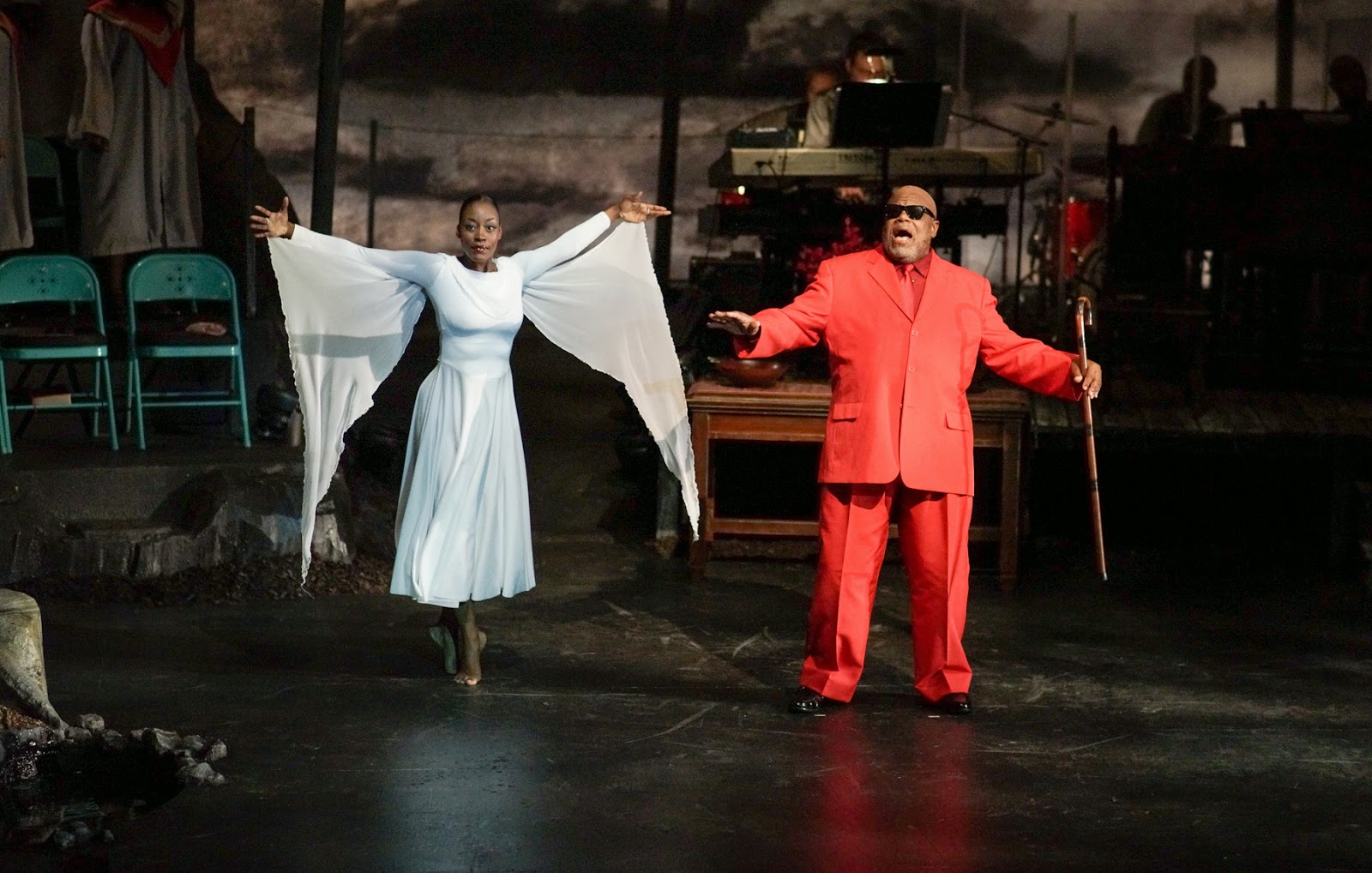 I ended up editing down from 1200 images to 580 images to submit to the theatre's marketing team and out of those I gleaned the images shown here. Nearly all of them are from the Hasselblad 150mm lens. Beyond the focal length the tonality of the lens seems very pleasing to me as does (dare I write it? the Bokeh). 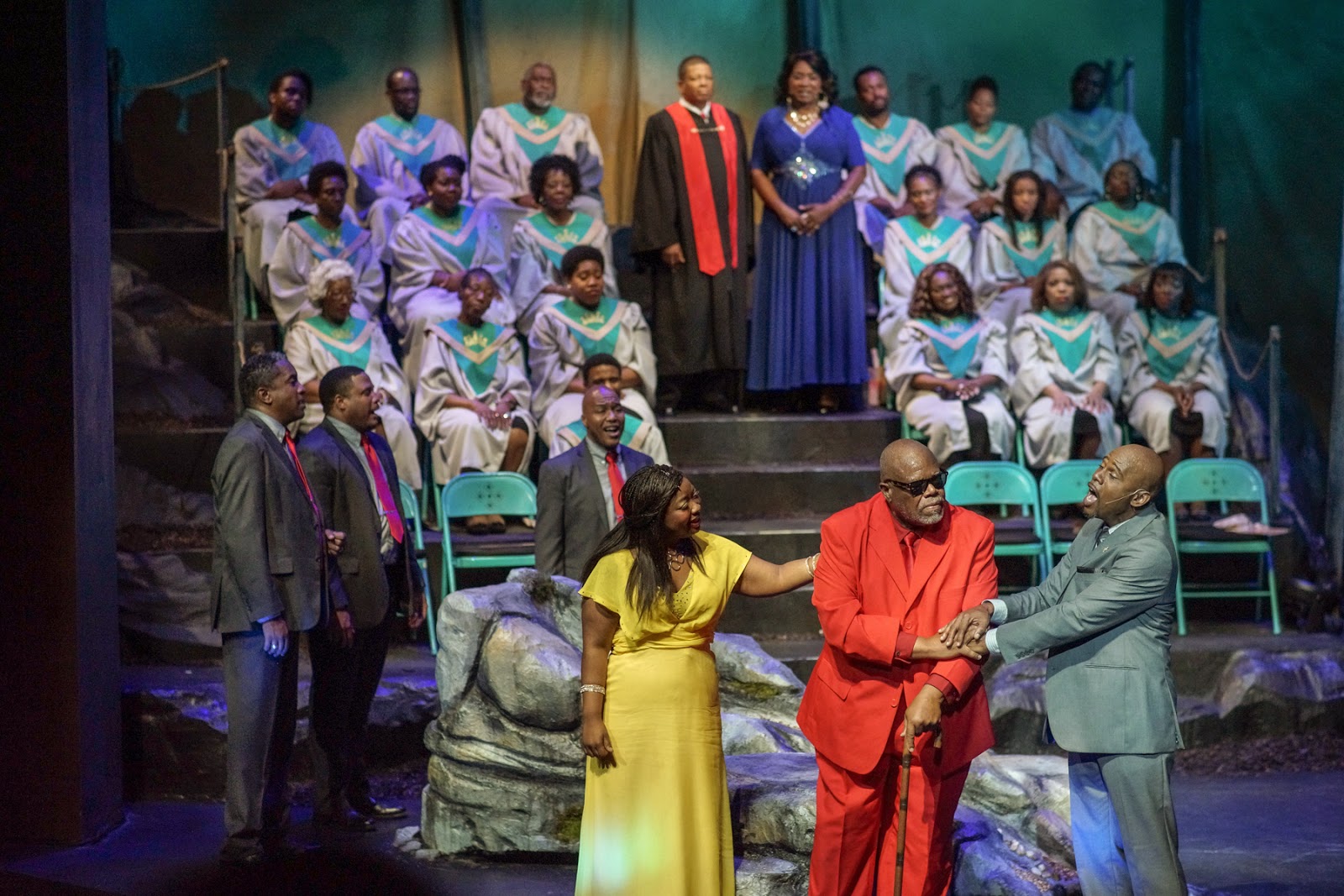 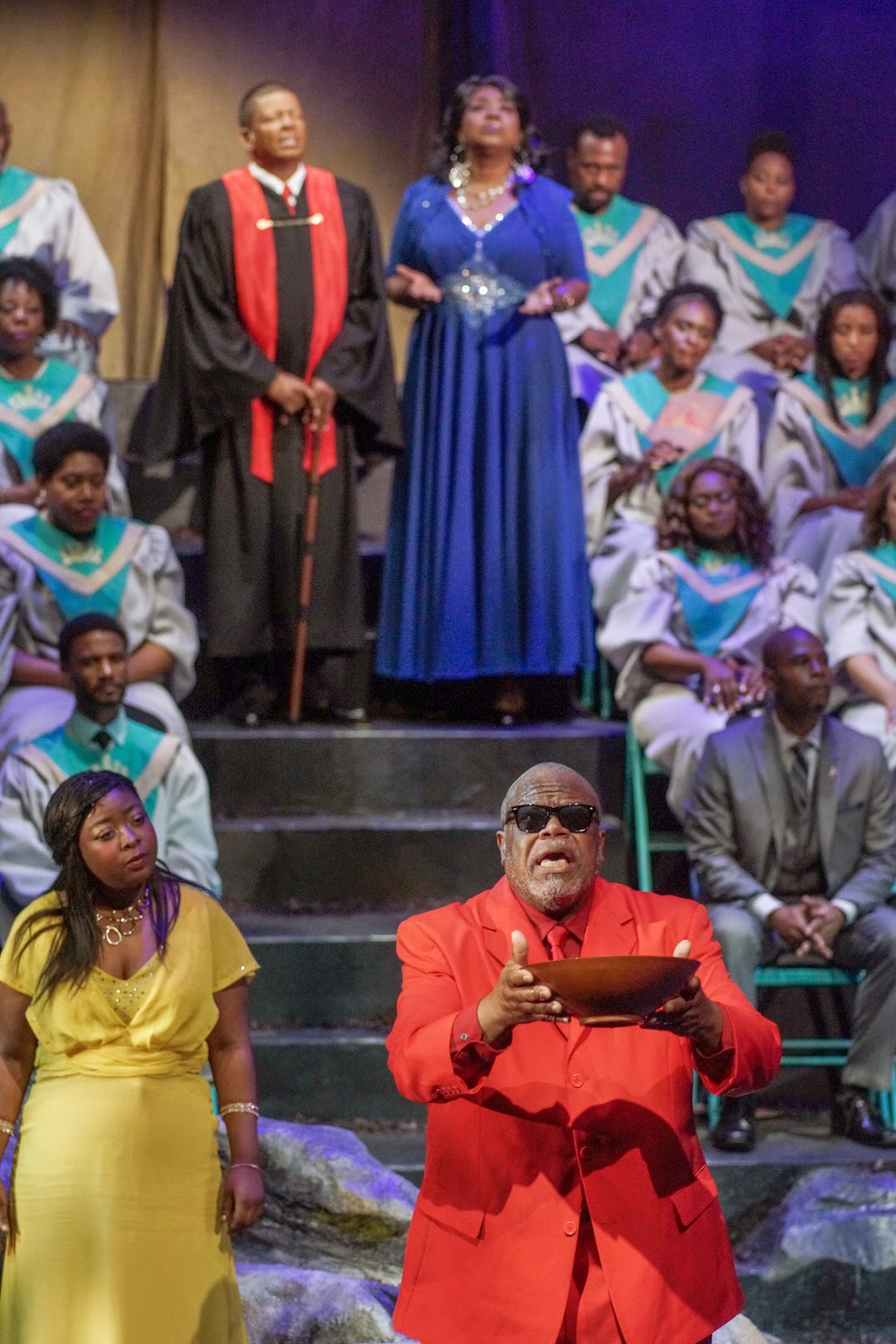 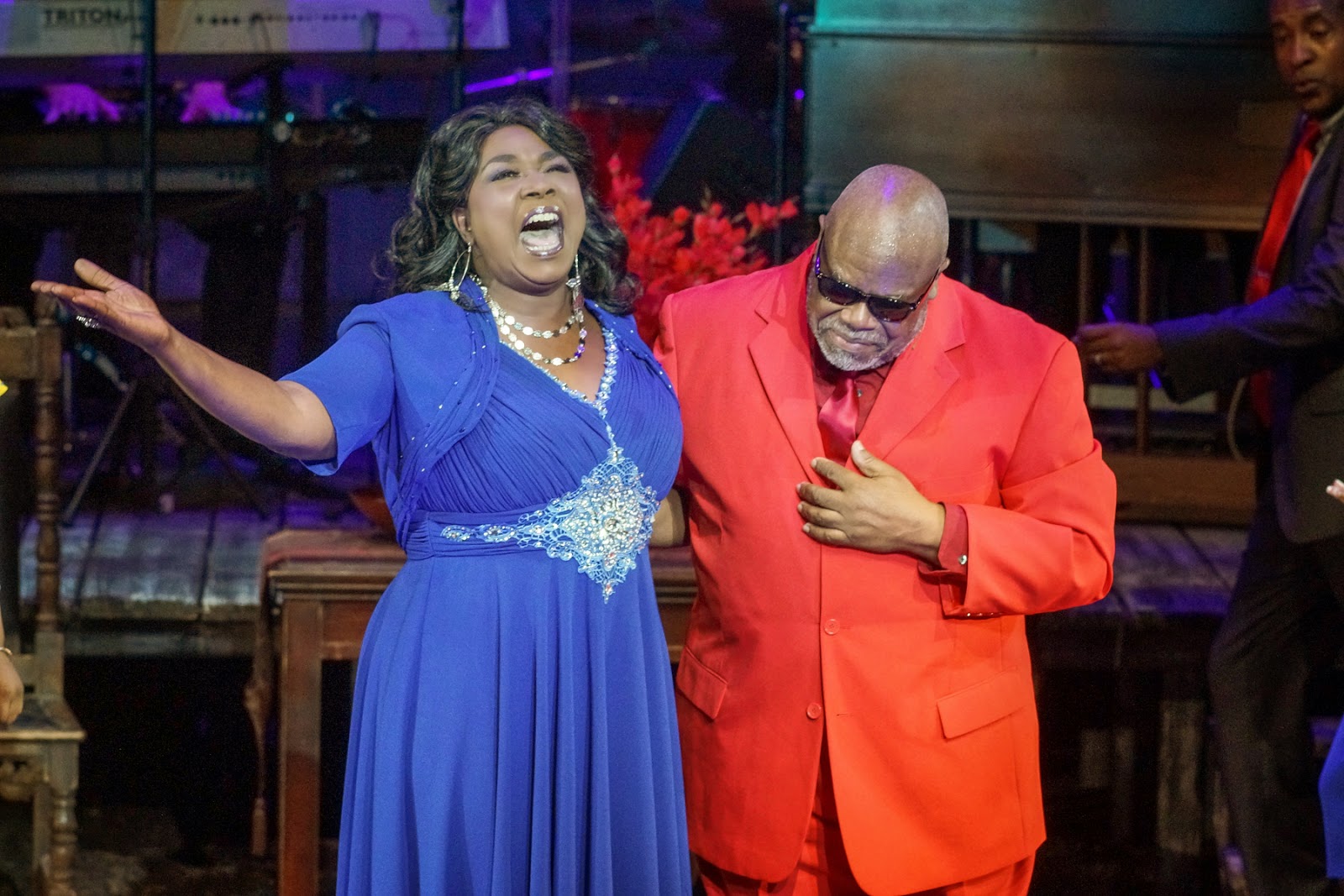 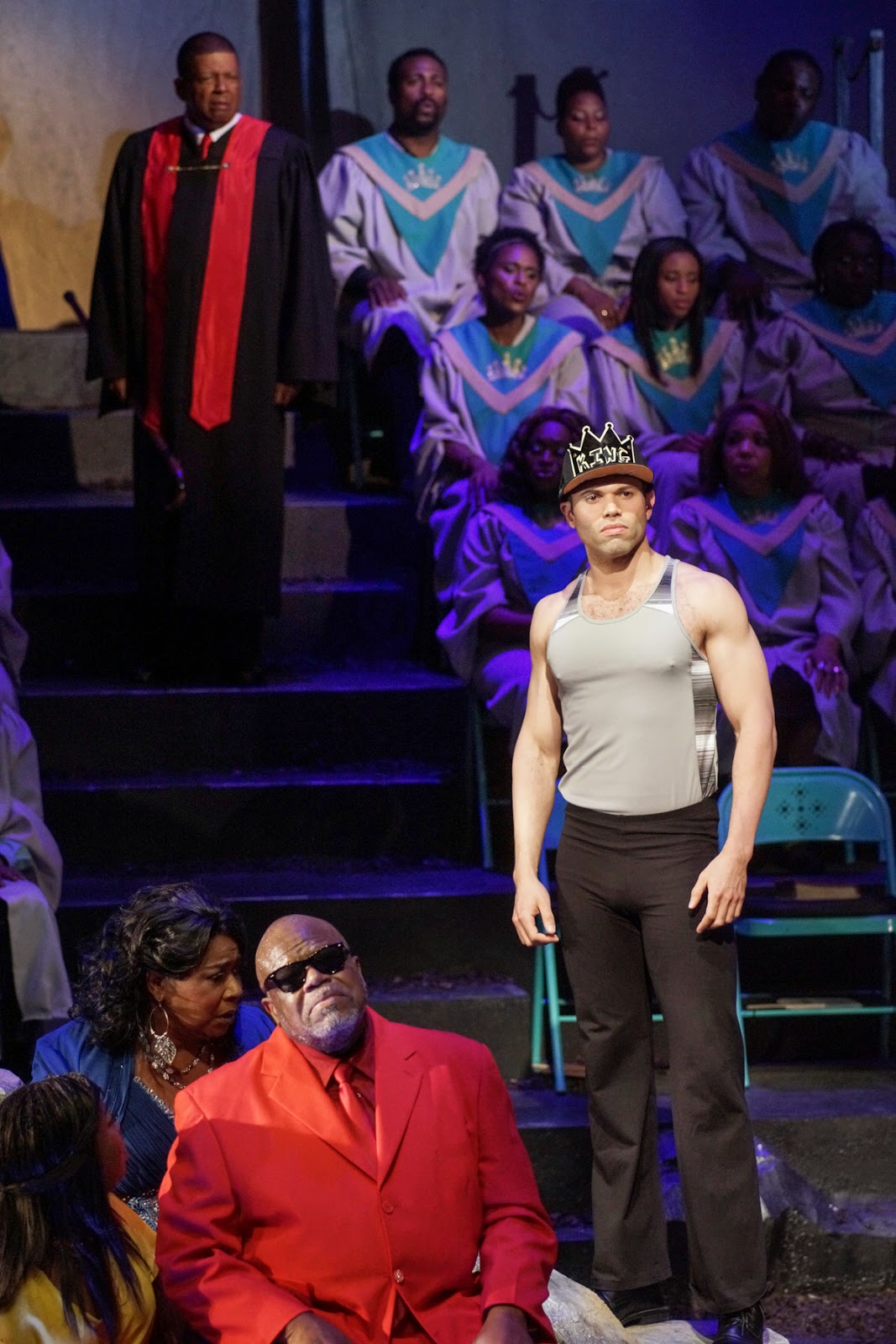 My happy surprise last night was just how well the Sony a850 and the 24-105mm lens play together. I finally got the camera dialed in for theater work. The secret is to turn the noise reduction down to low or off entirely and do your noise reduction in post. It's also wise not to go higher than ISO 800 with this camera. But the trade off is that when you follow these simple rules you can make the sensor produce very, very sharp files. The 24/105 may or may not be a sharp performer on its own but it shines when coupled with the sensor in the a850. I shot the lens wide open or nearly wide open all evening long and was impressed with the files at 100% on my monitor. Glad this lens didn't leave in a recent purge. Today I'm walking around with the a850 and the 24-105 and I feel like I got stuck in a time machine and transported back to a different imaging era.... 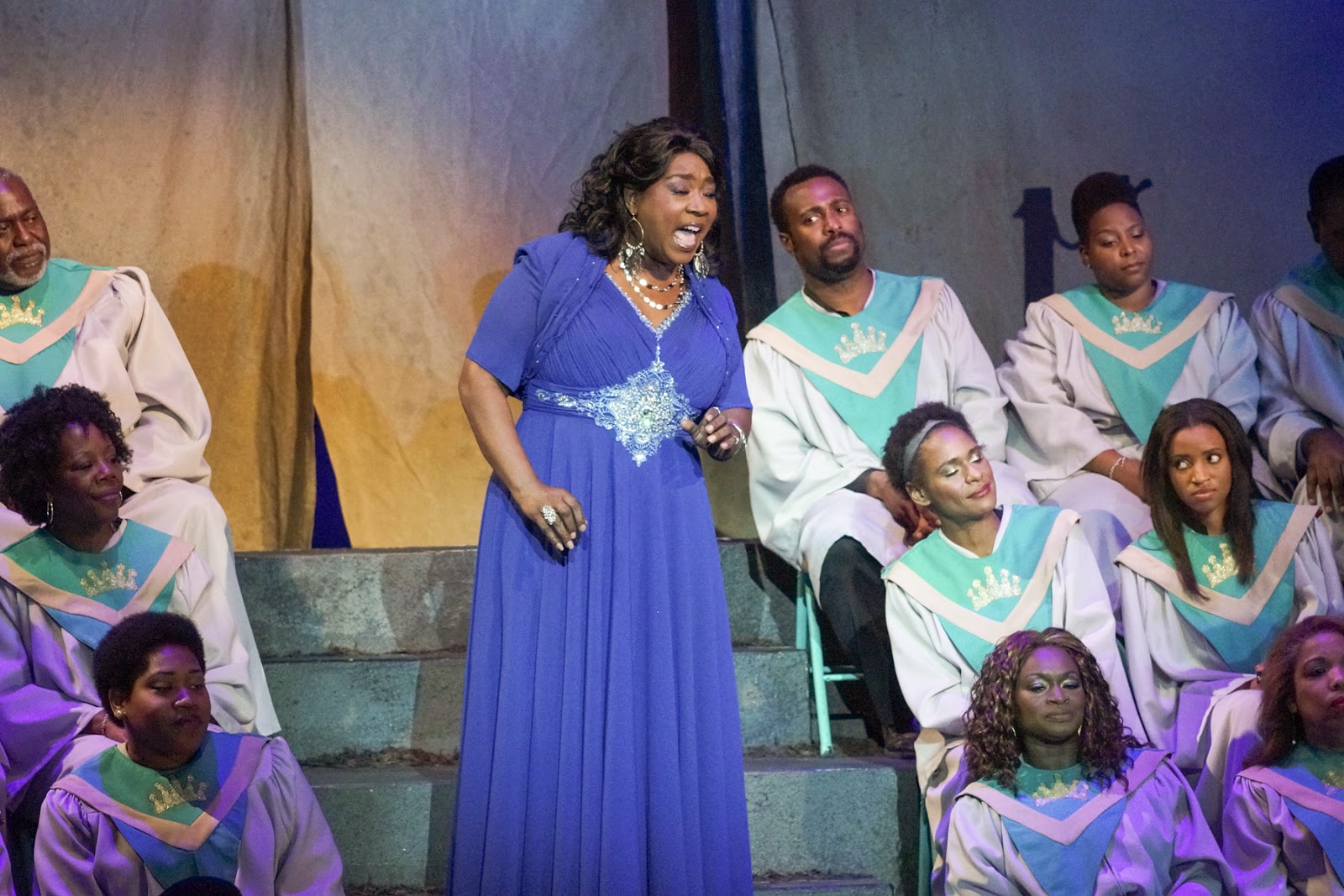 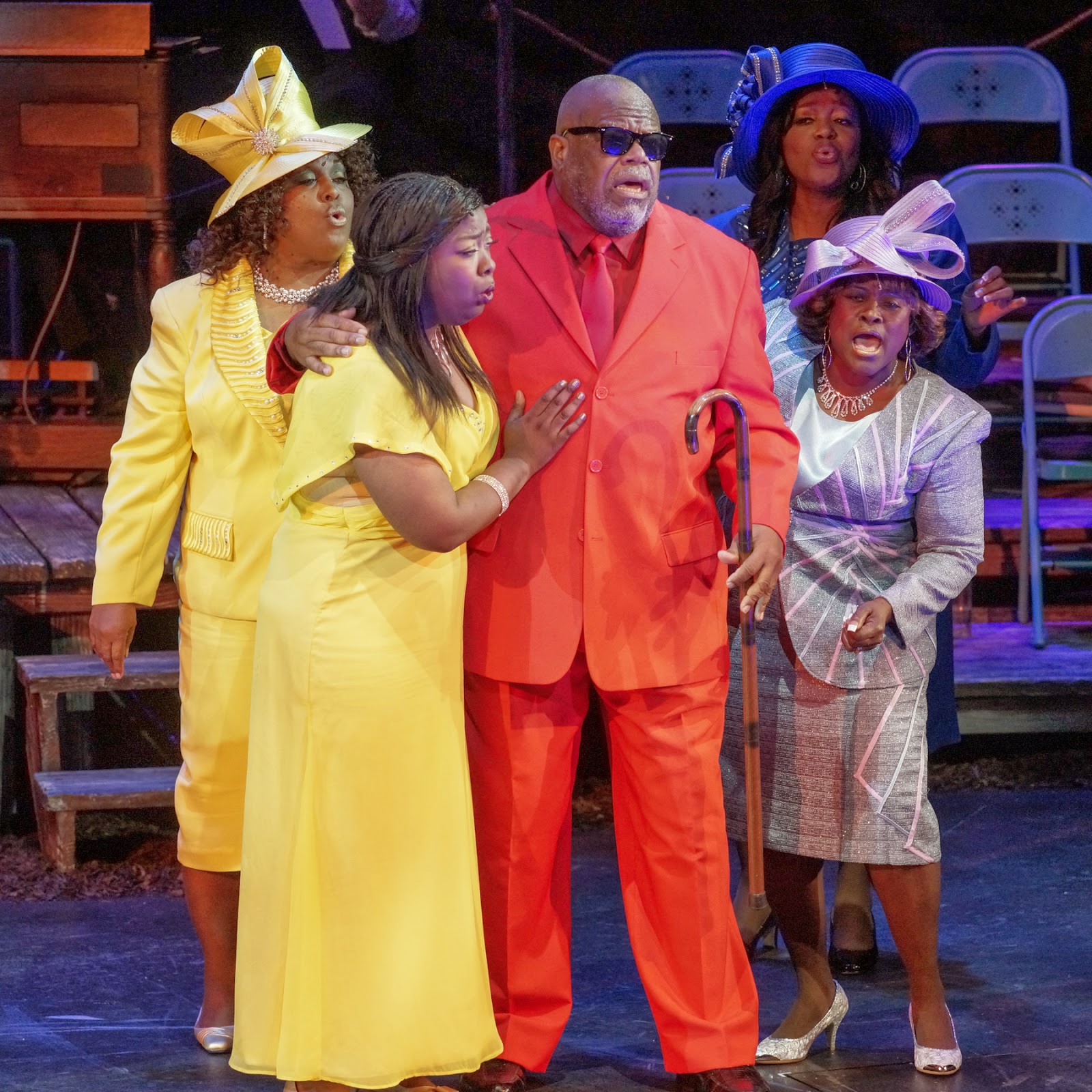 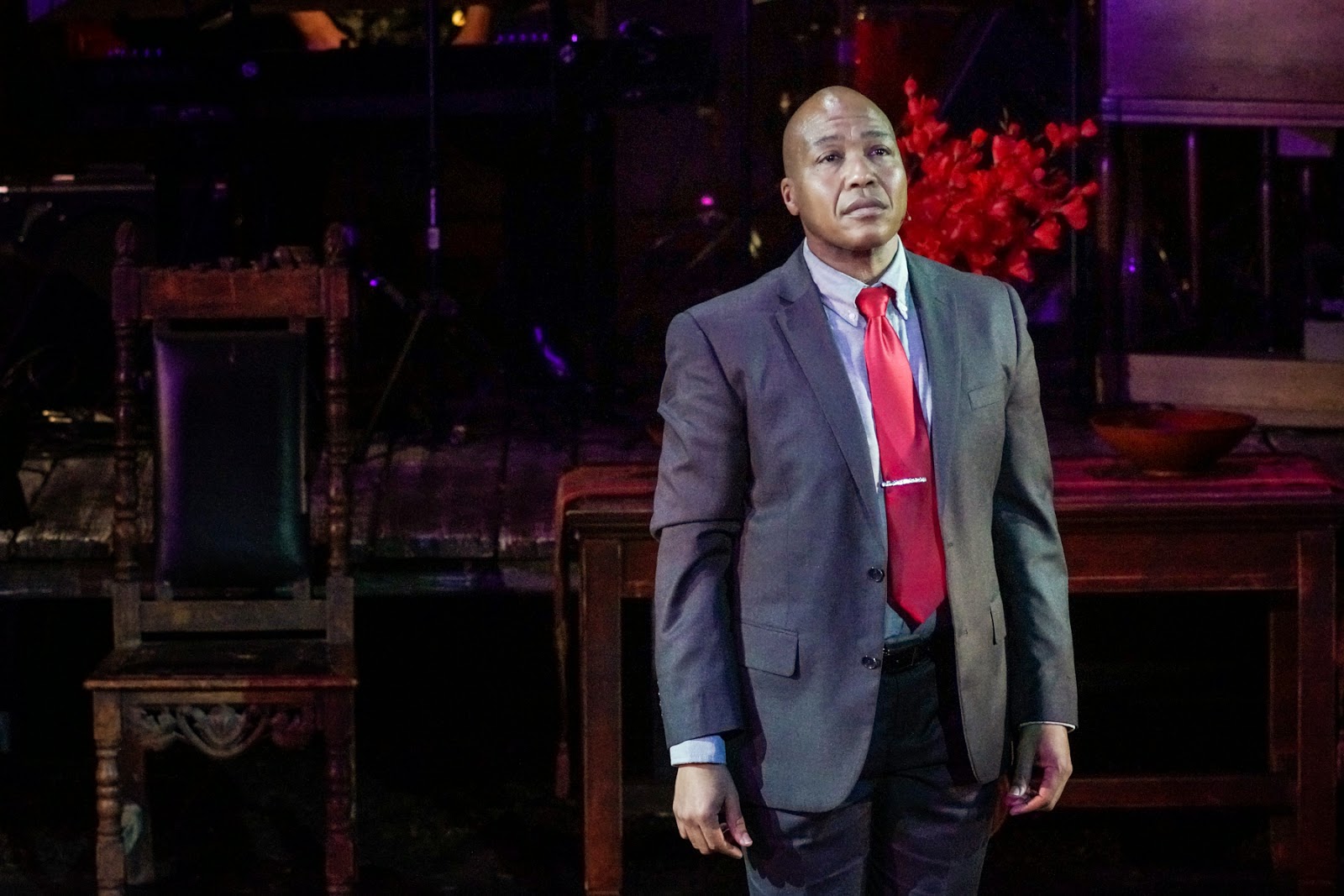 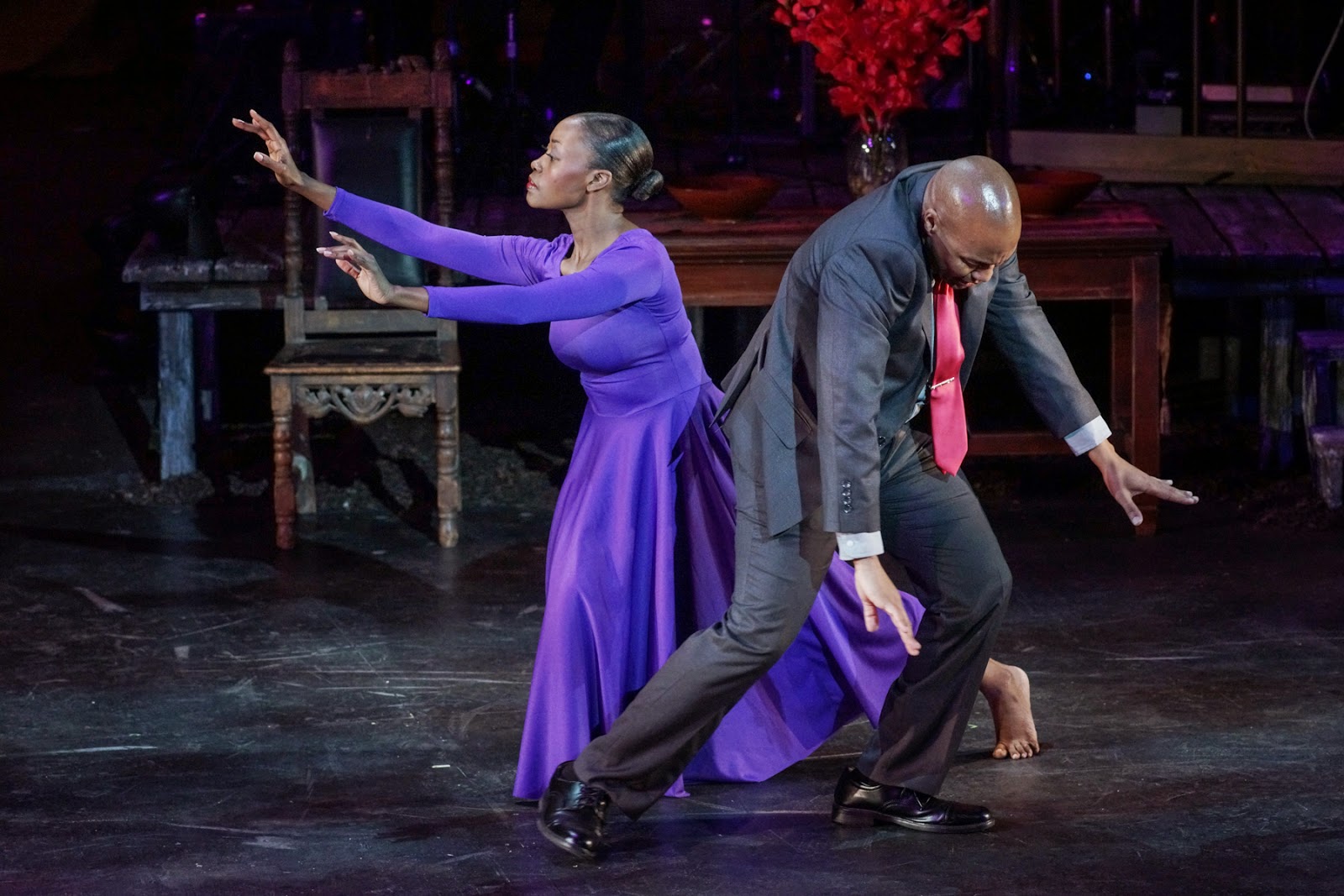 The play is directly by Zach's artistic director, David Steakley. It's absolutely beautiful. He is a master of directing dramatic musicals and his cast had the audience on their feet more than once. The Gospel at Colonus is an adaptation of Sophocles' original telling of the Oedipus Rex story but this story of forgiveness and redemption is set in a church tent revival. The mostly African American cast includes so many of Austin's finest vocalist that the show is really an embarrassment of riches.

I had photographed a production of the Gospel at Colonus 16 years ago in a smaller Zach Theatre. That production was also directed by David Steakley and it too was a wonderful production, but in a different, more intimate way. When last night's performance was over I mingled with the actors and realized that nearly a dozen had been in that first production so many years ago. It was like a homecoming for us. Many hugs and smiles!

As I sat through the play I realized that most of us, in our own ways, could use a bit of redemption and forgiveness from time to time.

Before closing I must say that the stage design, the costumes and especially the lighting are magnificent. Lighting is a tough thing for production photographers in that the lighting on stage is designed to appeal to the human eye and the dynamic range and color shifts are beyond the sensors in our cameras and our skills to change convincingly sometimes. We do the best we can to approximate the feel of the show but seeing it in person is so much more powerful than photographs can ever be. I look forward to going back again and again to see this play without a camera in front of my face so I can study the intermixed play of light and and expression on the faces of the actors. What a great workshop for anyone interested in the craft of imaging. 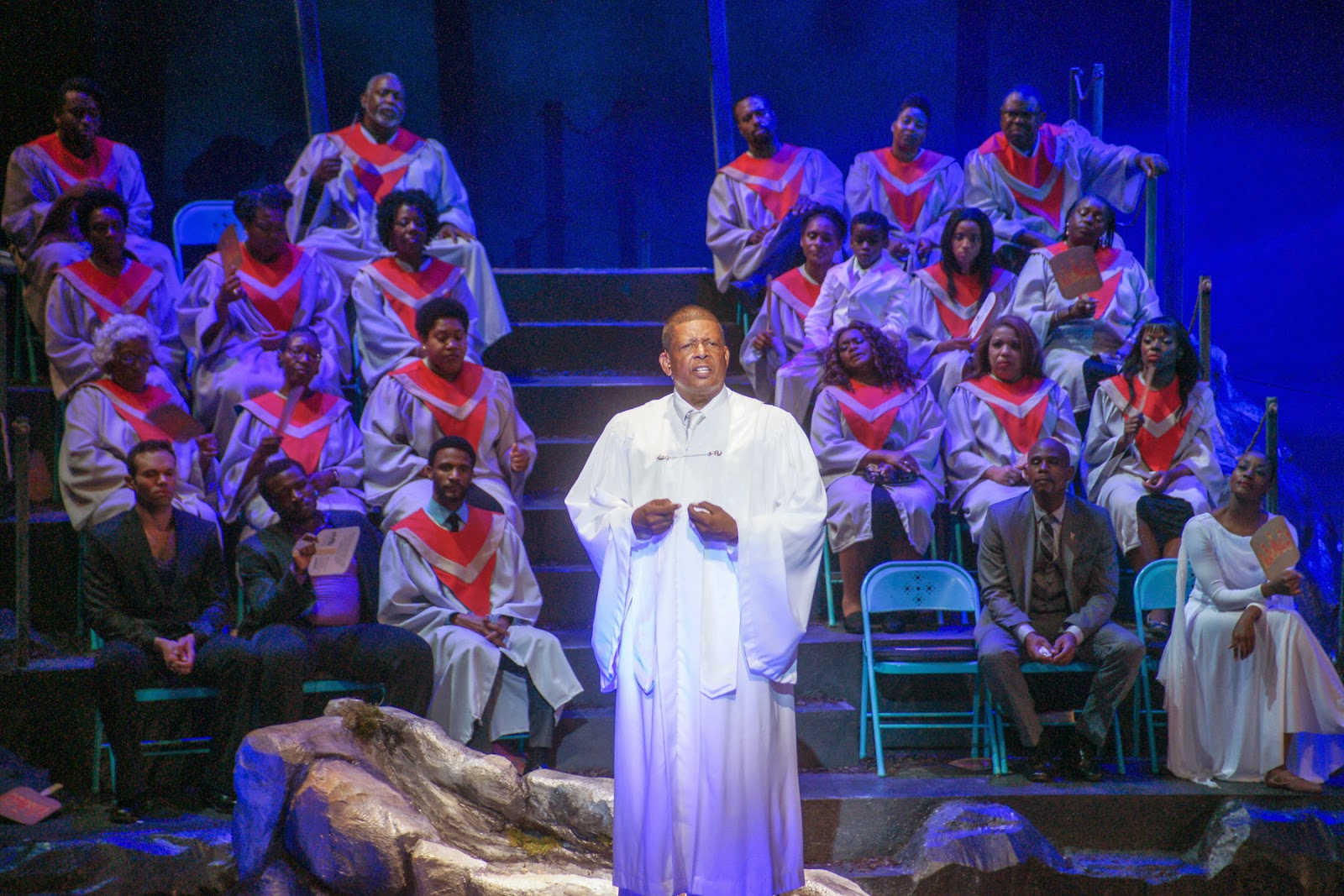