Getting back into balance. Mulling over the offerings at Photokina. Packing up for assignments. 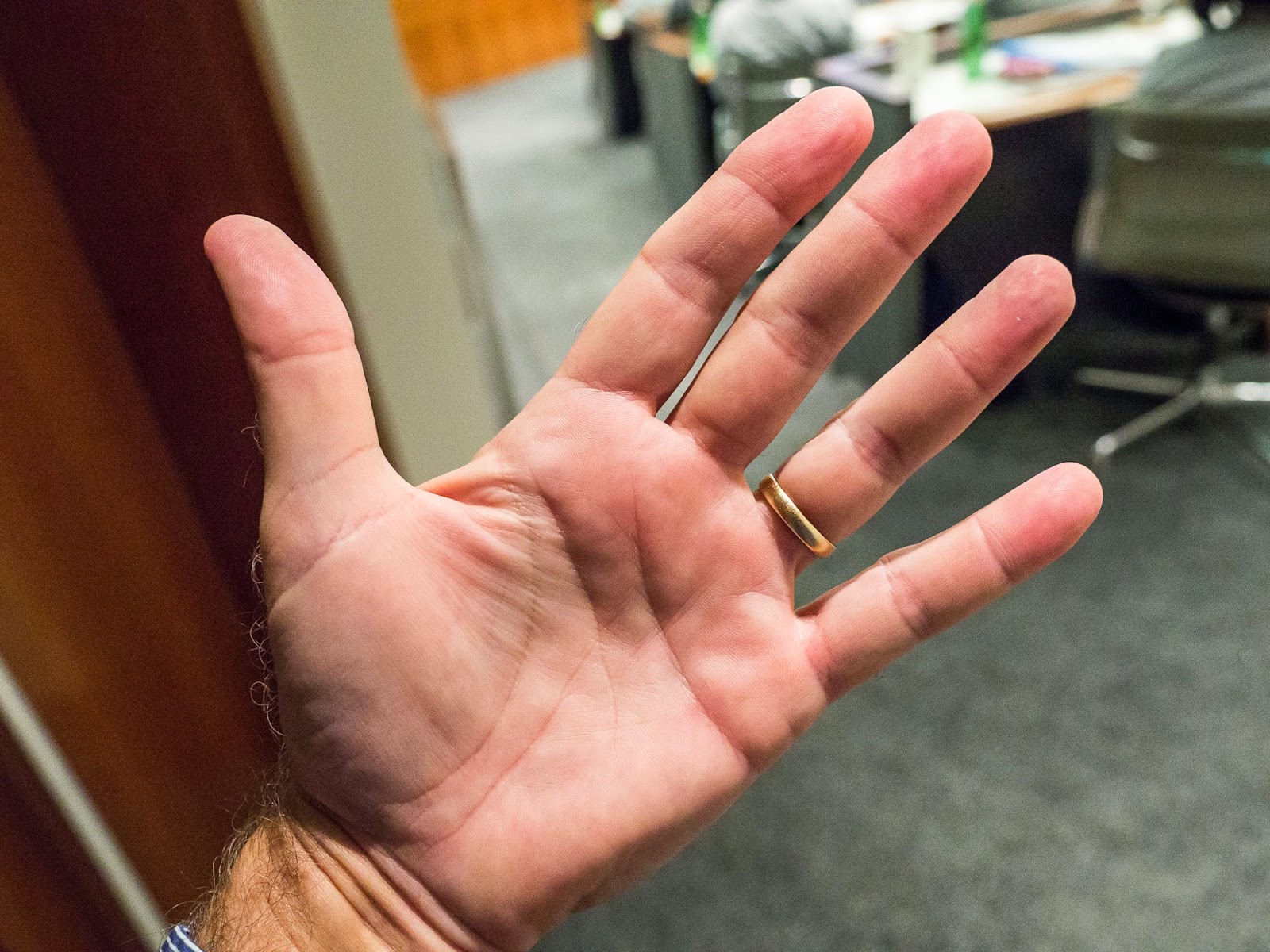 A week and a half of sustained photography work really cuts into one's swim time. I dragged my lazy self out of bed at 6:30 am for the first time in too long and just about crawled to the pool. Coach Kathleen was on deck all alert and chipper. "Haven't seen you here in a while..." she remarked. After great hesitation I finally threw myself into lane 3 and started the warm up. I felt like a old car left out in the cold too long, just trying to crank over into some sort of virtuous idle. Eventually I got back some feel of the water but when we exited the pool 3400 yards and seventy five minutes later I felt like going back to bed. I'm on a more manageable photo schedule of the rest of week and in the interest of accelerating the process of getting back into shape I've sworn off the occasional glass or red wine or refreshing cocktail for the rest of the month. Same with queso, chips, chocolate and puff pastries (the standard munching fare of corporate shows...).  Oh hell, in the interest of being fit I'll even boycott Pistachio Almond Ice Cream for a while.

Mulling over the stuff on display. I'm sure everyone is reading the same blogs and websites and marveling over the new stuff on offer at Photokina. There are a few products I want to discuss just because I either find them interesting or because I don't.

Canon 7Dii. I'm partial to EVF enabled cameras and cameras without flappy mirrors but I don't mind what Canon announced with their 7D update this week. I owned the original camera and I found that in almost every regard it was (at the time) one of the very best APS-C cameras I've used. It was the right size and pretty much bullet proof. The finder was very good for a smaller format camera. I like the solid improvements in video on the new camera and the one thing that baffles me is the sensor technology. Canon obviously knows how to make a great camera body. They also know how to make great lenses. They seem to be a little behind on the sensor tech, especially when you compare their cameras to Nikons on DXO. But here's the deal: Nikon isn't a hotbed of genius sensor making. They are smart enough to turn to Sony and Toshiba for better tech where it makes a difference.

Canon seems to be focusing on focusing instead of stuff like dynamic range, color and low read noise. Their new chip might be an aid to amateur videographers who like the camera to do their focusing but most of the aspiring video pros who will buy this camera will probably use it in manual focusing mode. Canon would have been better off skipping the upgraded phase detection points on their new chip and instead concentrated on where the rubber meets the road= image quality. But I guess we'll have to wait and see how the newer Canon sensor performs...

I'm pretty happy that they left all the good stuff alone. The camera itself was in need of a total make over it just needed imaging tweaks. I like APS-C cameras. It's a zone of very good compromise.

Panasonic LX-100. What's not to like about this camera? Saucy big sensor. (Mandatory for me) EVF.  4K video.  All wrapped up in a small and inconspicuous package. A nice competitor for the Sony RX100iii camera. But maybe even better...

Nikon D750. So they announced a little early. If you are into traditional and you really crave the full frame thing this is the camera that the 600 and 610 should have been. Mostly because we hope it won't leak oil and dust and tiny pieces of its own shutter mechanism all over the sensor. That's kind of a standard and expected bar to jump over in the field of camera making and you'd think that Nikon would have figured that out long ago... But, the camera is the perfect blend of IQ, performance and price for traditionalists of all stripes. That body, with a 35mm and an 85mm would be a nice set up for someone who does photography just of the unalloyed joy of it.  I'm happy they worked on this niche until they got it right. The reason it spiked my interest lies in my recent purchase of the 85mm 1.8G for the D7100. What a lovely, happy lens. If only Nikon would make me a mirror less D750. That would be a sweet system.

Olympus. Panasonic. Yes, yes, I am happy that both companies are upgrading their firmware to allow for easy tethering. Makes perfect sense if you want people to take your flagship cameras seriously as professional tools. The silver paint job? Not so much... Although I must say this for the silver bodies (which probably speaks more to the aging of my eyes that anything else...) and that is that in big, dark theaters (like the ACL/Moody) where the walls and ceilings are painted matte black and the room seems to suck out every random photon, the silver EM-5 I was using made it easier to see the buttons and the controls. I am thrilled to see the 40-150mm everything resistant fast zoom from Olympus. But all I really hanker for is that Nocticron. If only the boy had decided to go to trade school instead....

One more thing! Panasonic GM-5. They got that just right for its target audience and I am so happy that the EVF was added. It actually makes the little camera a potent, stealthy contender for a place in every Panasonic shooter's camera bag. Or jacket pocket.

Fuji. Circling back to the Canon comments...I am happy that Fuji keeps doing evolutionary improvements to existing products rather than changing direction at every cycle. To wit, the X100T. It's a camera based on incremental improvements of an already well loved duo of instant classics.

Samsung. Most of the camera (NX-1) and its specs look really good but I'm withholding final judgment until I can shoot that camera's 4K video. The new codec features pretty insane compression. If it works then we all cheer but like pros everywhere I have an innate fear of the unknown....

Packing up for two shoots.  When it rains it pours. We're busy and getting busier as the season roars on. Today I'm packing up for two shoots. One project is to take four different executive portraits via available light on the 26th floor of a downtown hi-rise. That shoot calls for a stout tripod and some reflector panels but I'll fudge by taking along two flash and a trigger along with a big umbrella and a light stand in case the ambient light throws me a curve ball. This is an extension of  a project we did last month. I'm packing the Nikon D7100 along with an 85mm 1.8G, a 50mm 1.8G and the 35mm 1.8 G. It's 1.8 in the afternoon. I'll do most of the shooting with the 85mm but I might go a bit wider on some of the variants, just for fun.

Then I come back to the studio and get re-packed for the dress rehearsal of The King and I, at Zach Theatre, starting at 8pm. I'm feeling whimsical so I'm packing the GH4, the GH3, two EM-5s and a brace of lenses, including the 12-35mm X, the 35-100mm X, the 60mm 1.5, the 45mm 1.8 and maybe even the Sigma 60mm f2.8. I have no reasoned plan but that's never stopped me before. Efficiency kills passion and passion kills efficiency. It's just something we always try to balance.

Obviously, no lights or tripods for the dress rehearsal. And a major reason for using the m4:3 cameras is the quietness of their shutters.

Well, that's where I am on Tues, the 16th of September. Hope you are having fun doing your own thing.