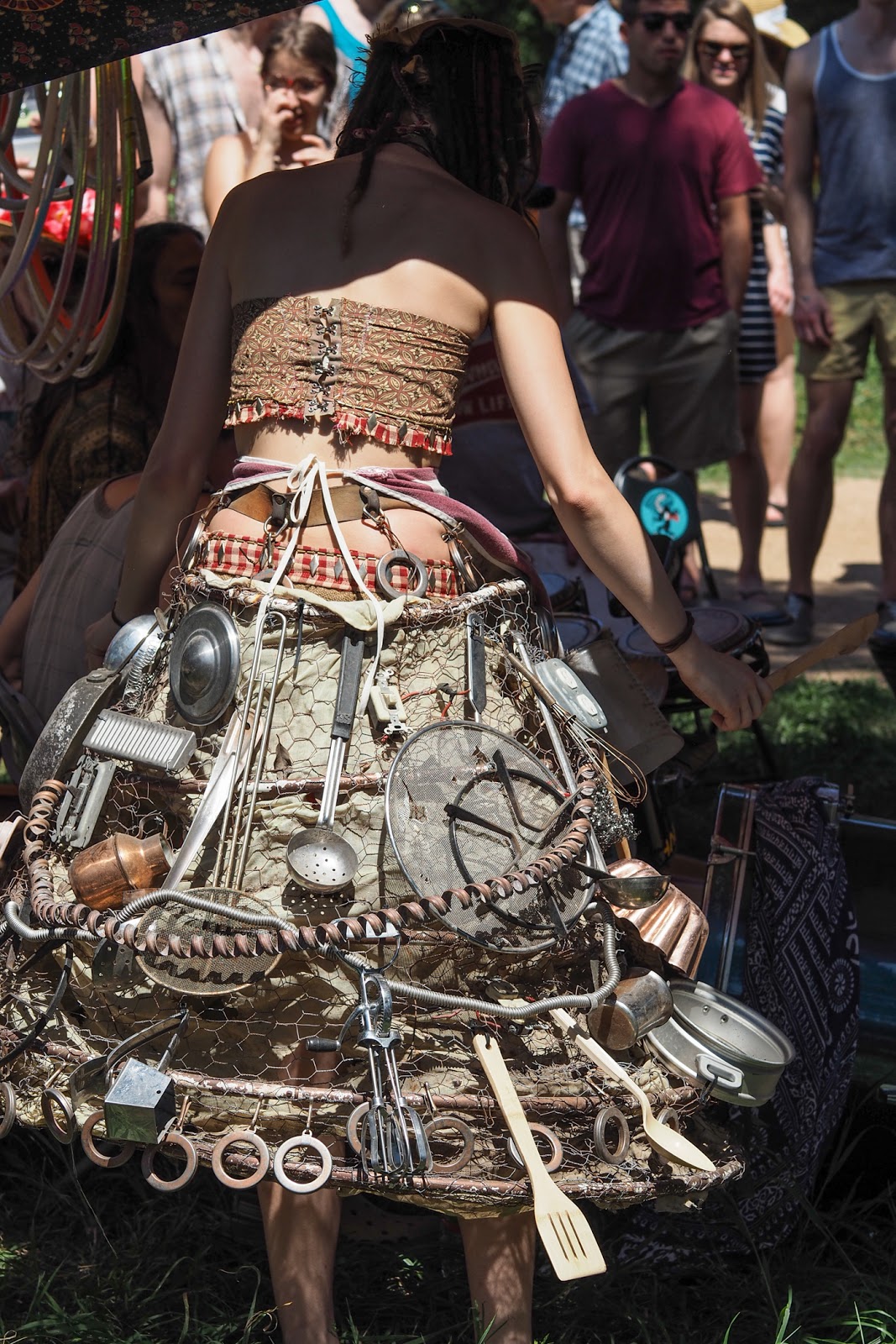 I wish I had been able to also show the front of this dress because the whole thing was pretty amazing. The woman who wore it also played it, as a multi-faceted percussion instrument, with drumsticks to actuate the different sounds. It was kinetic fashion at its best. 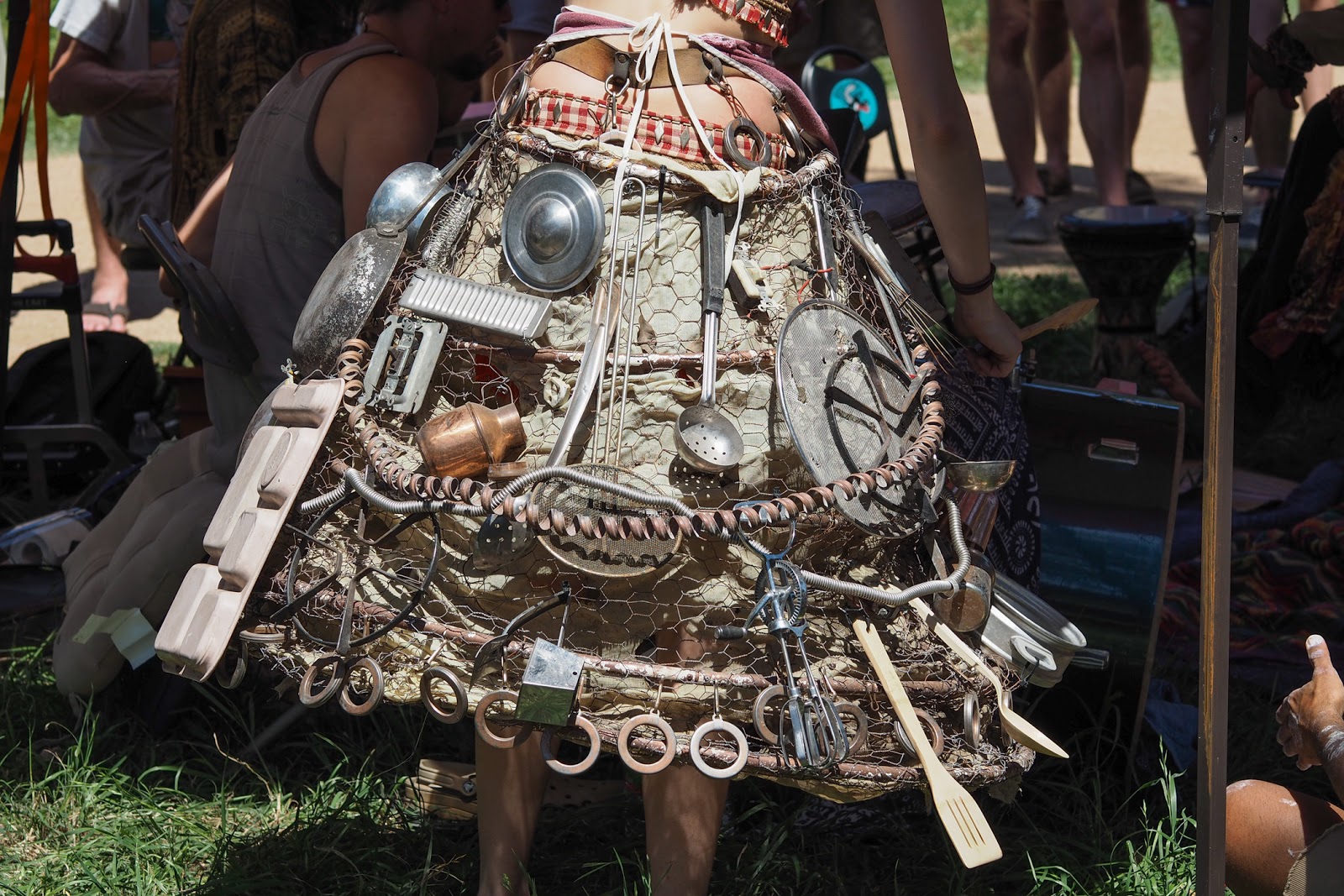 My big acquisition for the day? A chocolate pecan pie from Whole Foods Market. Finally a purchase I can eat. Certainly trumps lens lust for pure enjoyment at a reasonable price...

Posted by Kirk, Photographer/Writer at 19:03 2 comments:

Have you seen one of these in the wild? it's a Voitlander 17mm f0.95 and it's a pretty amazing lens. 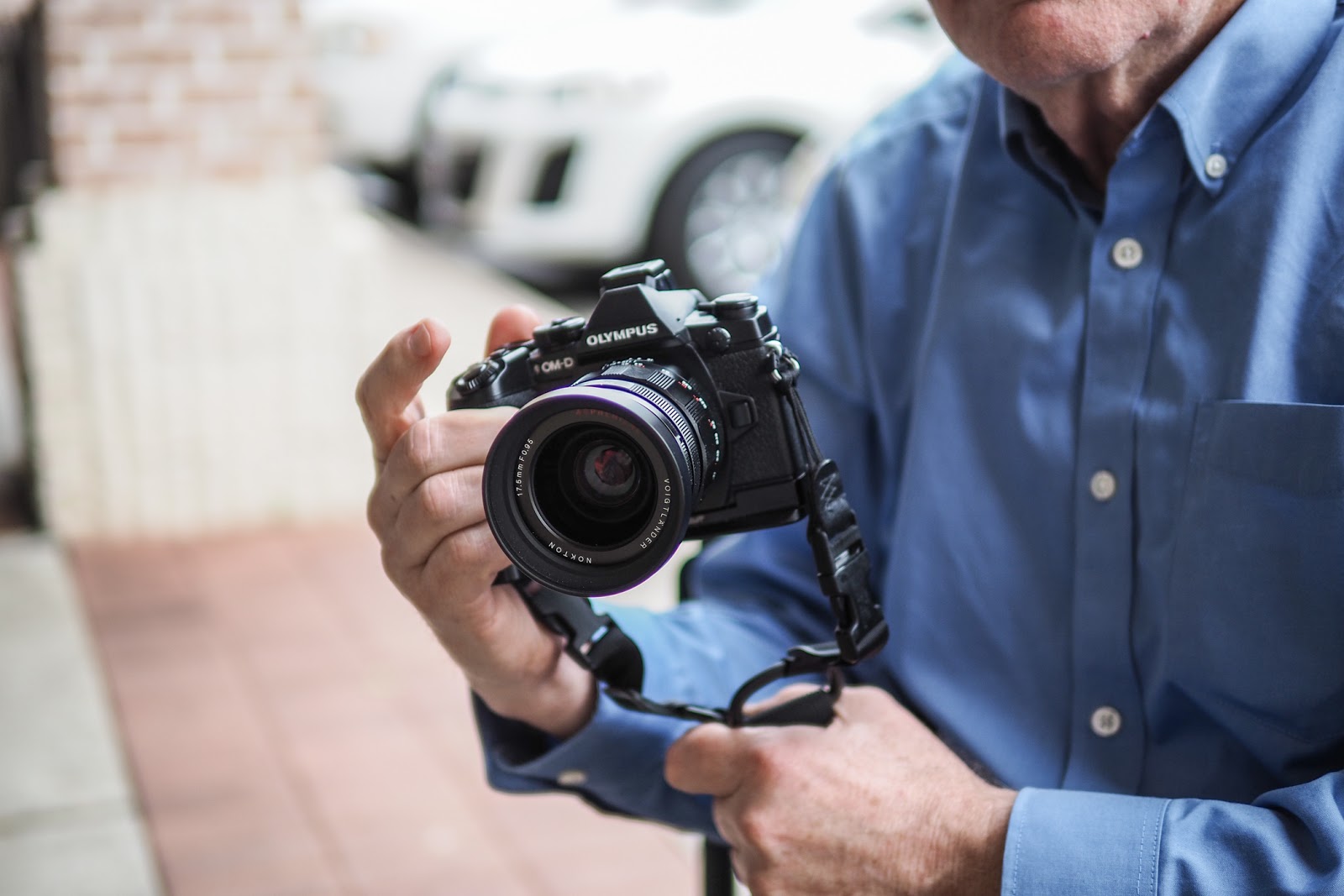 You never know what Frank will bring to coffee. Last week it was this combo, the EM-1 and the Voitlander 17mm f-superfast. I played with the lens for a while and was quite impressed. You can emulate the look of a 35mm on full frame right down to the narrow depth of field and from what I could see it was sharp, sharp, sharp. Of course where I was seeing the sharpness was in the center because the sides and edges were at a different focusing distance from the center and the depth of field limited the theoretical sharpness we could expect. As it does in nearly every fast lens. But, of course, no sane human is using these high speed optics to do copy work, right?....

I went to Eeyore's Birthday Party and I felt the magic but I just didn't get any great images. 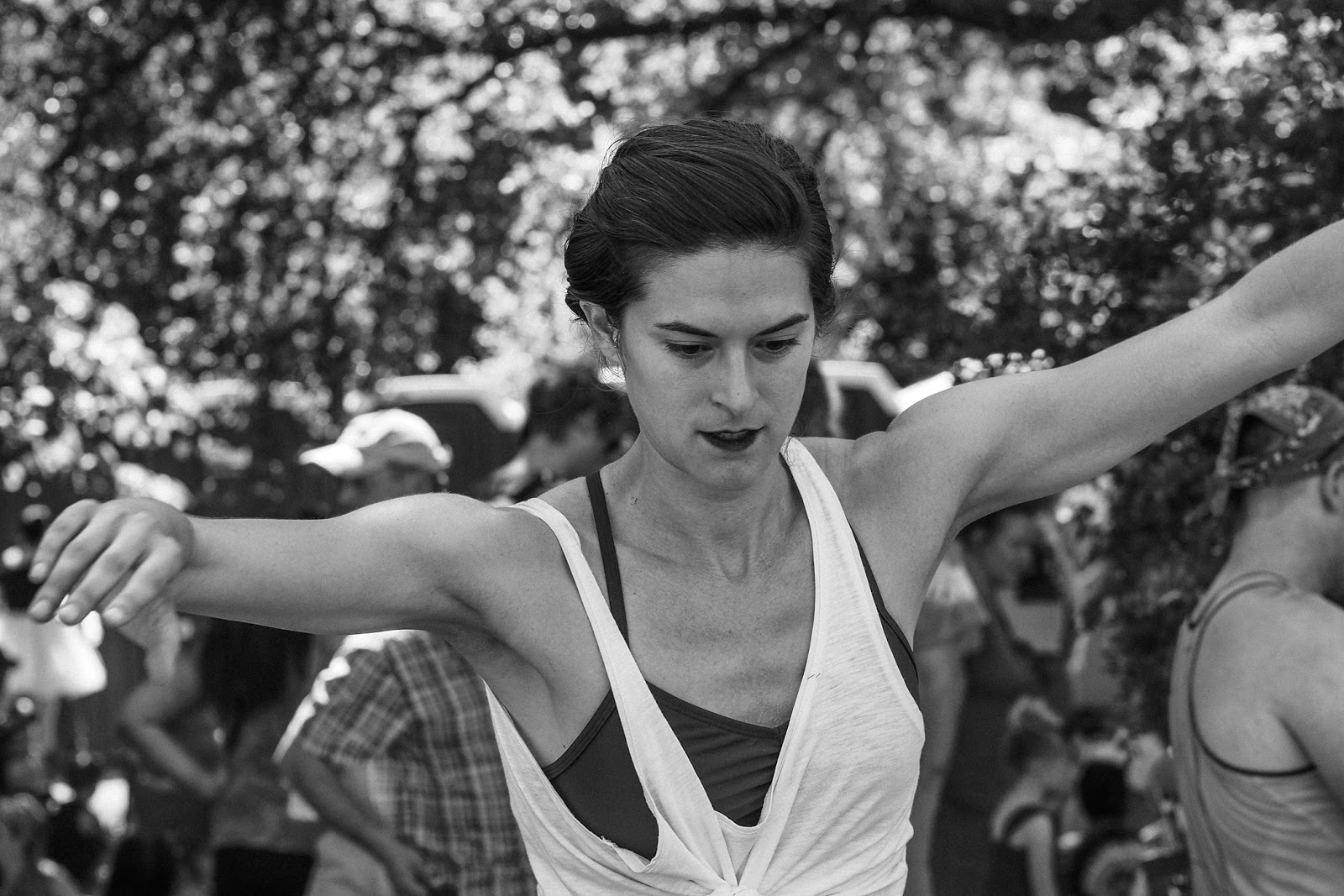 I'm guilty of going to Eeyore's with mixed feelings about photography. Every year the party gets bigger and bigger and every year I feel more and more like a tourist there instead of a documentarian. I guess that's how you come to know that you are really tapped out. Now, don't get me wrong, I still think Eeyore's Birthday party is one of those quintessential Austin events.

The drum circles were operating a full intensity and ringed with an asteroid field of observers that was so dense photographers defaulted to a "hail Mary" approach to shooting, holding their cameras above their heads and craning their necks to see the images on the rear screen in live view.

The forest was filled with cliques of counterculture types looking defiant while trying to be surreptitious in their consumption of cannabis. Jugglers juggled and topless woman bounded through the throng with their breasts painted in bright colors and funny patterns.

It was 94 degrees by the time I got there and the heat was oppressive after our mild Spring. I tried to force myself into a formalist exercise by taking only one small camera and one inappropriate lens (or maybe my lens was appropriate but my brain wasn't properly calibrated for it. Whatever the reason I felt as though I was just "phoning it in" and so I dropped the camera to my side on its slender strap and just watched the people play. And that was alright too. 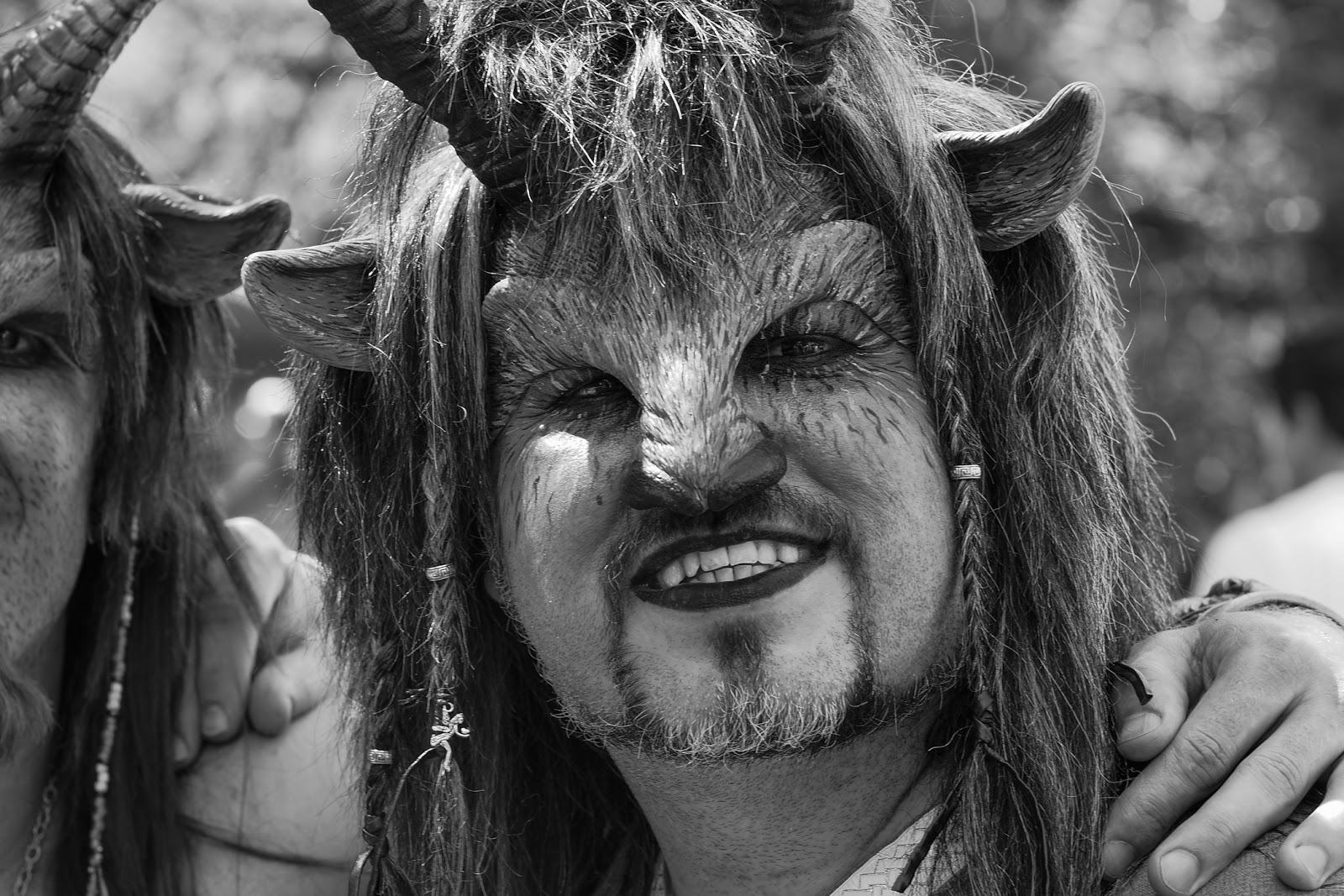 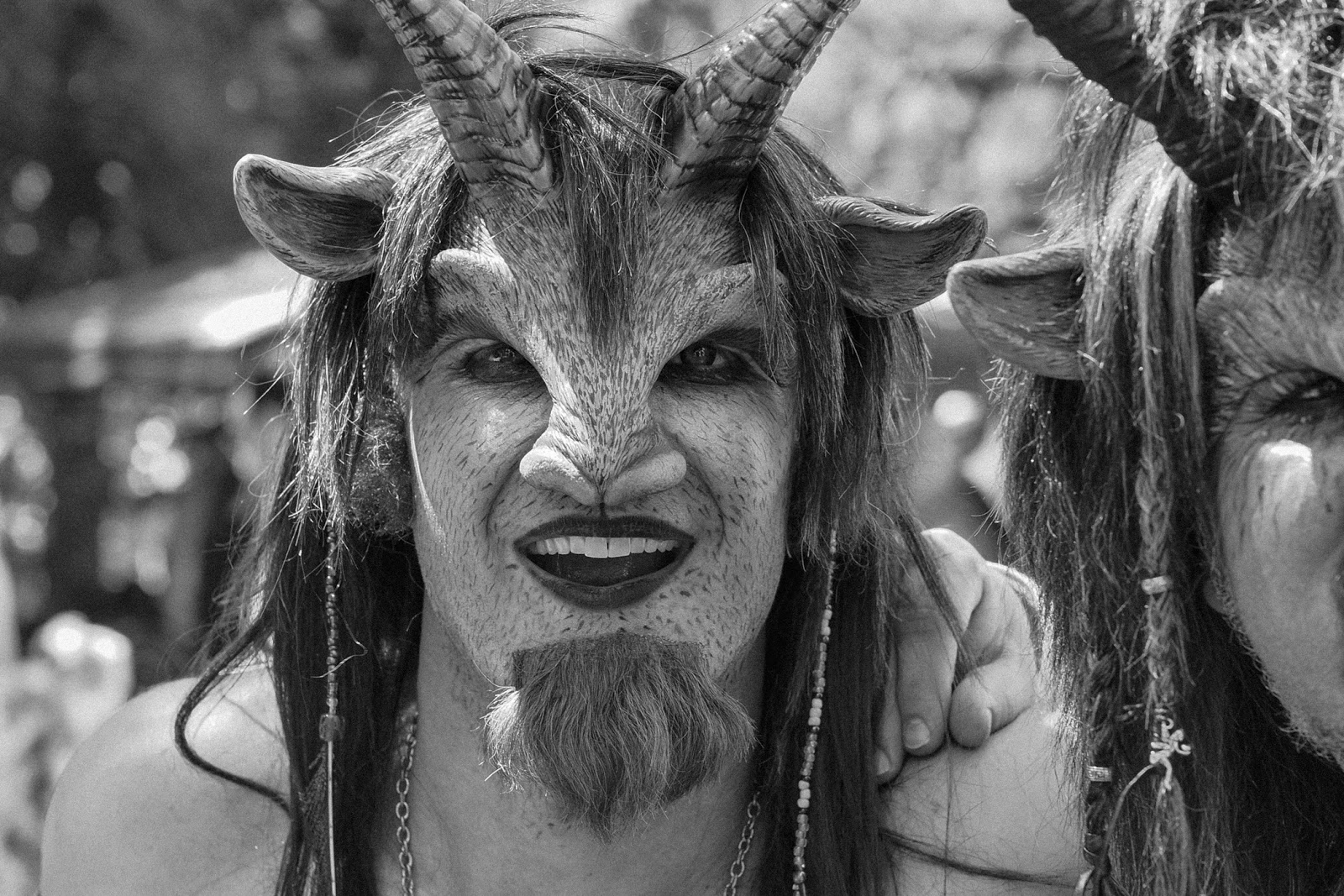 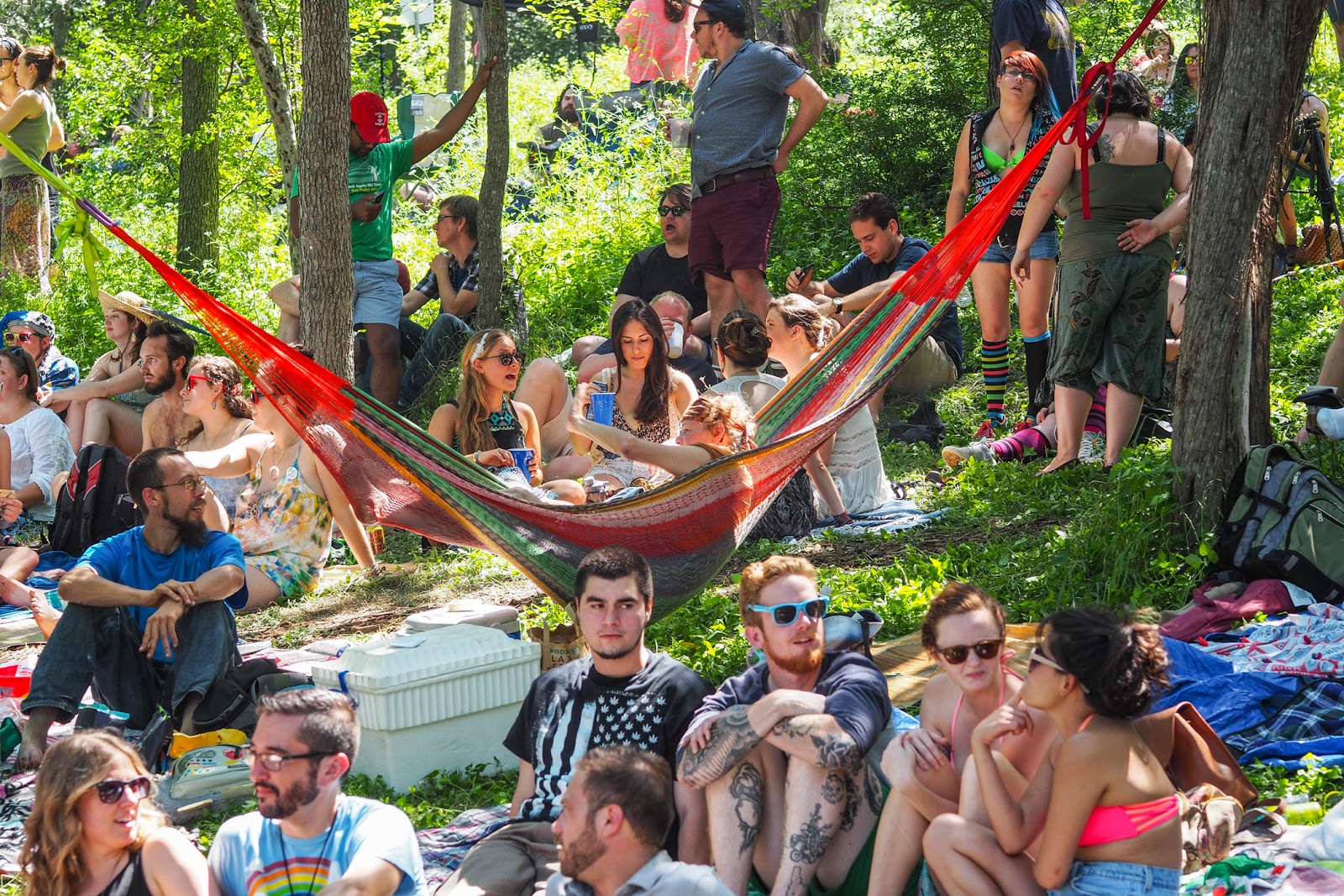 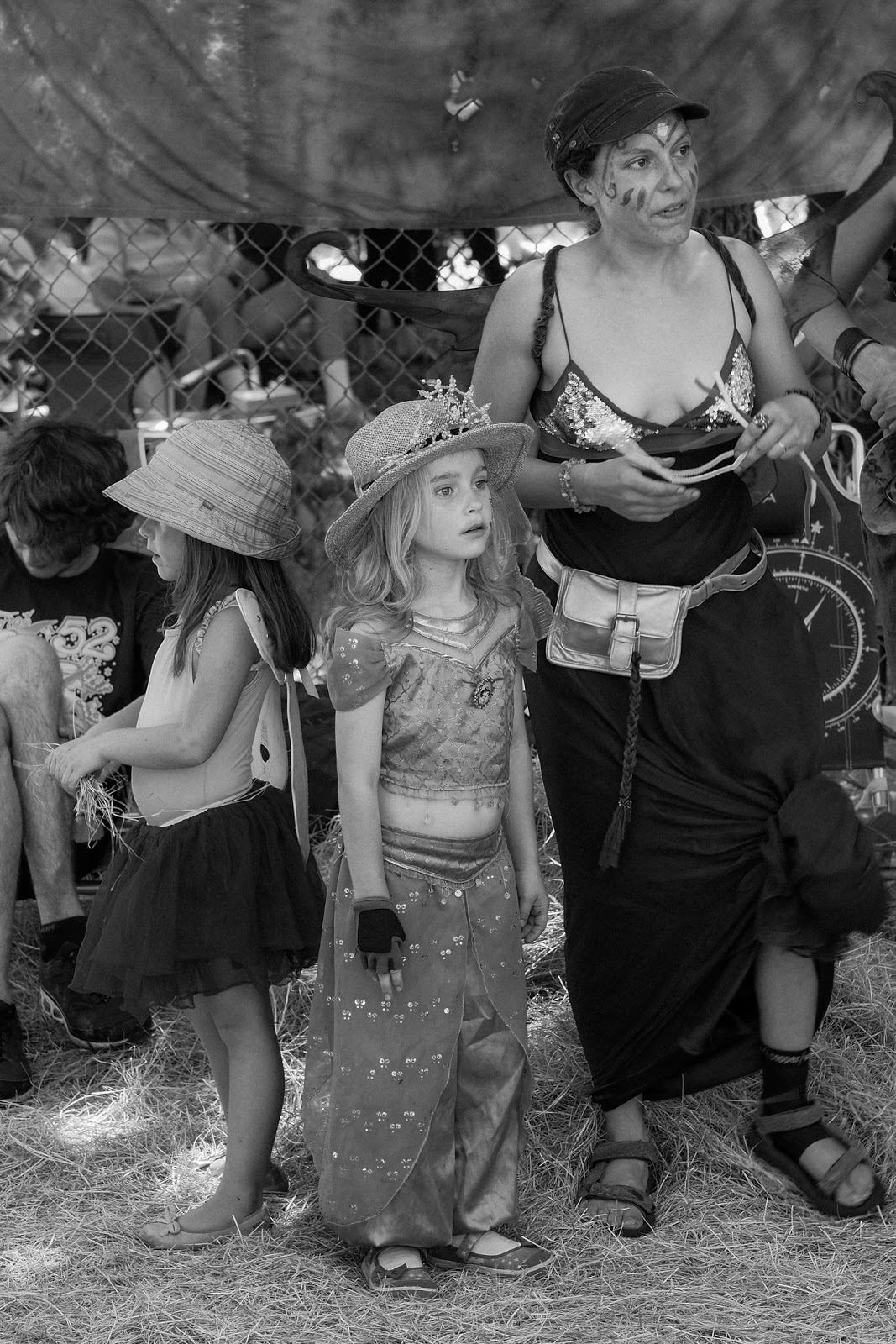 I can't really blame the camera or the lens. I was shooting with the Olympus EM5.2 and the Sigma 60mm f2.8 dn lens. It's just that everywhere I looked I had seen it all before....

Time to search for new experiences. Thinking about a shooting trip to Mexico City..... more later.

Posted by Kirk, Photographer/Writer at 18:53 2 comments: