Another lens review: The Nikon manual focus 25-50mm f4 ais. A classic from the film age that works well on modern cameras. 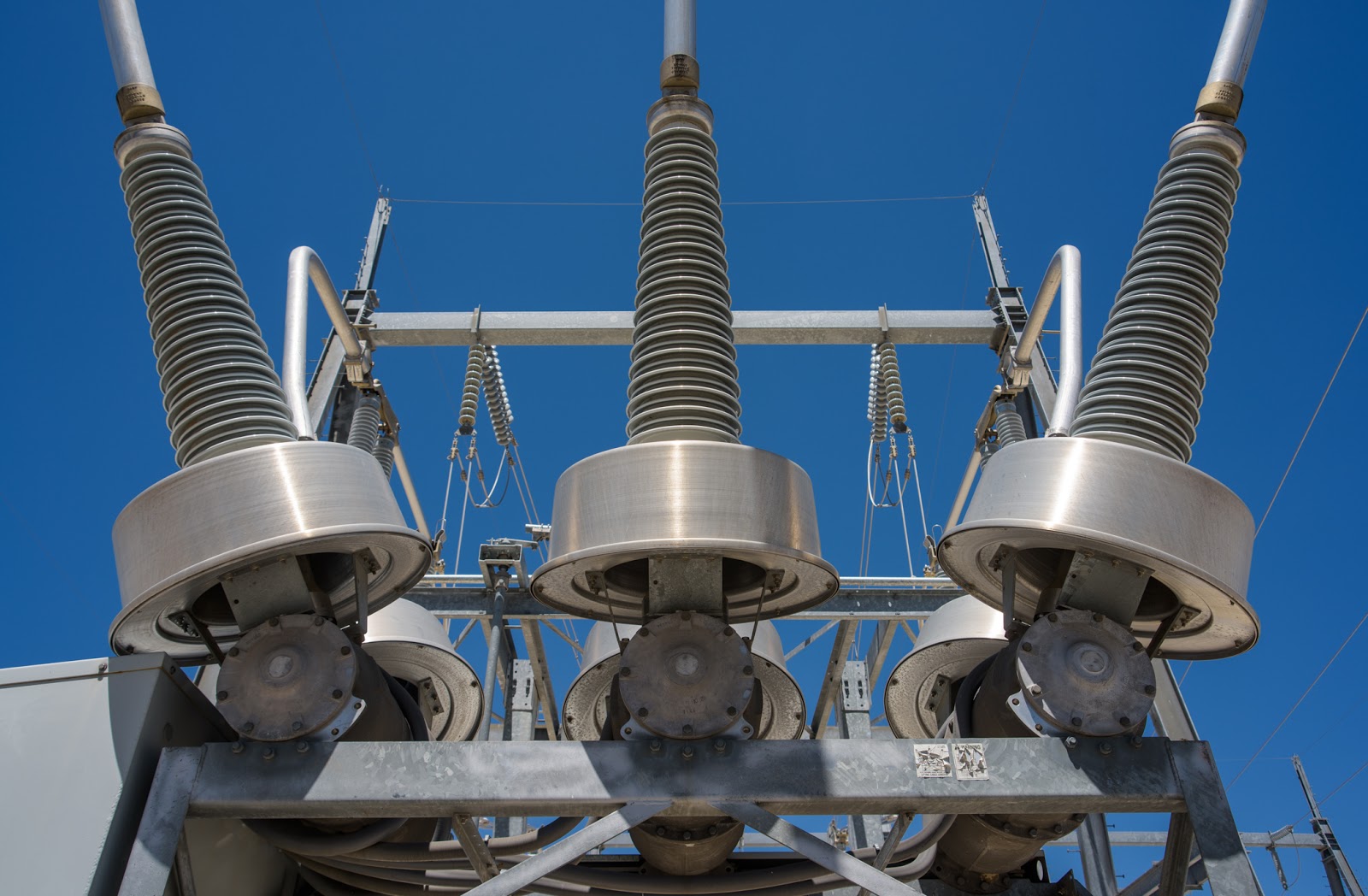 We often operate under the mistaken idea that anything invented or manufacturer more than a year or two ago is crap and that every newer iteration is much better than anything which came before. Where the only metric is efficiency or the only real value is the cost savings to manufacturers I tend to agree. When it comes to finely crafted tools, great lenses and well made grip equipment I'd strongly disagree.

In the past few months since I re-embraced Nikon cameras (and particularly the Nikon D810) as the primary shooting cameras for my commercial image making business I've auditioned a number of different lenses for the system. I've found that many assumptions about lenses are erroneous and little more than conjecture and the general re-spewing of advertising bullet points from the makers.

I don't use wide angle lenses very often. When I do use them it's usually on a tripod and with complete control of focus, exposure and depth of field. I use them when clients want to show expansive works of architecture or when they are looking for dramatic near/far exaggerations. What I want are lenses with simple rather than complex distortion patterns. I'd like the lenses to be sharp across the frame and I'd like them to perform very well at f8. I don't use wide angle lenses in combination with shallow depth of field very often, if at all.

Finally, since I don't rely on wide and ultra wide angle lenses for my day to day work, as an architectural photograph would, I don't want to invest a small fortune in them.  I'll distribute the bulk of my gear investments where I know they'll do the most good for me and that's in normal, slightly wide and slightly long focal length lenses that I can use to make good portraits. The idea of buying a Nikon 14-24mm lens for nearly $2,000 seems wasteful to me and the two samples I tried have lots of trouble flaring with side light and any light source in the frame. But I can make good use of an 18-35 or a 20-35 or even a 25-50 for the vast majority of all my work; including architecture and annual reports. After testing and returning a Nikon 18-35mm f3.5-4.5 G lens (way too much weird distortion and an inconsistent sharpness across the frame) I've settled into using my old 25-50mm f4 for most of the things I shoot that need to be both full frame and relatively wide angle-y.

When I need to go wider I put the 14mm Rokinon f2.8 Cine lens on the D810 and use a very nicely done custom profile in Lightroom to correct frame geometry. The lens is very, very sharp wide open in the middle and the sides and corners come into high sharpness by f5.6. By f8.0 it's perfect. If I need a longer focal length but one that fall under the 25-50mm or the 24-85mm G f3.5-4.5 I'll just shoot carefully with the 14mm Rokinon and depend on cropping to get me exactly what I want in the frame. With the huge amount of resolution provided by the D810 it just makes sense.

But for my All Around best buddy wide angle shooting lens I'm beginning to think that nothing beats the old, manual focus 25-50mm f4 ais.

Many of the newer lenses I've tested make a bad trade-off. The makers juggle distortion, sharpness and cost in interesting ways. While I understand the mania for ultra-fast lenses in medium telephotos and especially in long telephotos I am mystified about the usefulness of f2.8 lenses for ultra wide zooms. According to Leica engineers making a lens one stop faster requires about 8 times better manufacturing tolerances to make the lens equally as good (meaning sharp and consistent). In almost every focal length being able to go one or two stops slower in the design of a lens increases the manufacturing consistency when grinding lens elements. Since most people are using their ultra wides to shoot architecture and landscape the f2.8 becomes irrelevant and most knowledgeable shooters would gladly go to a lens that only opened to f4 or (God forbid!!!) f5.6 is they could be assured that the slower lenses would have much better resolution AND micro contrast.

To my mind the previous generations of optical engineers made the compromises I like for the 25/50. It's an f4.0 lens so no false heroics in design were attempted for the sake of marketing. It's a very short but very useful range of focal lengths that takes one from wide angle to normal and maintains a consistent aperture setting across the range. The lens design reflects an old school aesthetic wherein the first two stops are "good enough" but two stops down and three stops down are the sweet spot for the lens where the sides match the center for sharpness and they do so without introducing a mustache distortion signature that seems to be the hallmark of more modern zooms.

The 25/50 does have distortion at its widest focal length of 25mm. The distortion continues to about 30mm but the important thing to me is that the distortion is a simple "barrel" pattern in which the side bow outward on a consistent and simple curve rather than having several waving curves across the long axis of the frame. This kind of simple barrel distortion requires only the sliding of the distortion slider in the lens correction panel in Lightroom. The opposite design approach is that which is found in the Rokinon 14mm lens which requires a more complex, custom profile to correct the wave-y distortion and the plunging distortion at the corners.

I like the rendering of the 25/50mm lens. The colors seem rich and not brittle. The sweep across the frame (when photographing blue skies for instance) is consistent in color and value when the lens is stopped down to f5.6 or f8.0. The lens has very good resolution but a lower amount of apparent contrast. The lens is by no means "flat" but when compared to more modern optics it's a bit lackluster. Of course the remedy is simple and is, again, just the matter of moving the contrast slider or clarity slider in Lightroom to taste. It's much easier to add contrast to a file (if it's already rich in resolution) than it is to remove the effects of too much contrast in an image.

I used the 25-50mm lens a great deal last week while we were shooting photos for an annual report. Almost all of the uses were outside in available sunlight (where the lower contrast had the effect of enhancing apparent dynamic range) and in available light augmented by flash from umbrellas and soft boxes. I am certain that people who have had less stellar results than me with this lens stumbled in achieving good focus. A wide angle, manual focus lens with a slow maximum aperture is very difficult to accurately focus on the focusing screens of modern DSLRs. Their screens are optimized for brightness but at the expense of accutance which kills focusing accuracy. I find it impossible to accurately eyeball at the wide end. But when I use the lens on the D810 (in controlled situations) I am using a loupe and putting the camera into live view mode to focus a magnified image and then, once focused I revert to shooting with the viewfinder.

If I'm shooting in bright sunlight I generally use the lens at either f11 or f8.0 and then zone focus using the very legible and detailed focusing scale on the lens. This method has also been foolproof so far. While this lens was made over 20 years ago there are six or seven different images that are ready contenders for wrap around cover shots on the annual report. And they bow to none of the other images we took during the week regardless of the price or pedigree of the lenses used.

Not a bad investment for a couple of hundred dollars.
Posted by Kirk Tuck, Photographer/Writer at 15:51

"We often operate under the mistaken idea that anything invented or manufacturer more than a year or two ago is crap and that every newer iteration is much better than anything which came before."

Your first sentence just says it perfectly ! It's absolutely spot on !

Nice and refreshing article. It's always a pleasure to read. And the picture even make it a pleasue to look :D

Whats up very nice blog!! Guy .. Excellent .. Wonderful ..
I'll bookmark your blog and take the feeds also?
I'm happy to search out so many useful information here in the post, we want work out more techniques on this regard, thanks for
sharing. . . . . .

you're actually a just right webmaster. The website loading
pace is incredible. It sort of feels that you are doing any unique trick.

Furthermore, The contents are masterwork. you have performed
a excellent job on this subject!

Awesome site you have here but I was wondering if you knew of any message boards that cover the same topics talked about here?
I'd really like to be a part of group where I can get opinions from other knowledgeable people that share the same interest.
If you have any recommendations, please let me know. Thanks!

Take a look at my site - virility x3 review

What's up, always i used to check web site posts here
in the early hours in the break of day, since i like to learn more and more.

Wow, that's what I was exploring for, what a material!
present here at this blog, thanks admin of this web page.

Hello would you mind letting me know which web host you're
working with? I've loaded your blog in 3 different browsers and I must say this blog
loads a lot faster then most. Can you suggest a good internet hosting provider at a fair price?

Thanks a lot, I appreciate it!

Feel free to surf to my site; formula 41