Have you ever been sitting in a meeting and realized that the light just then was beautiful? 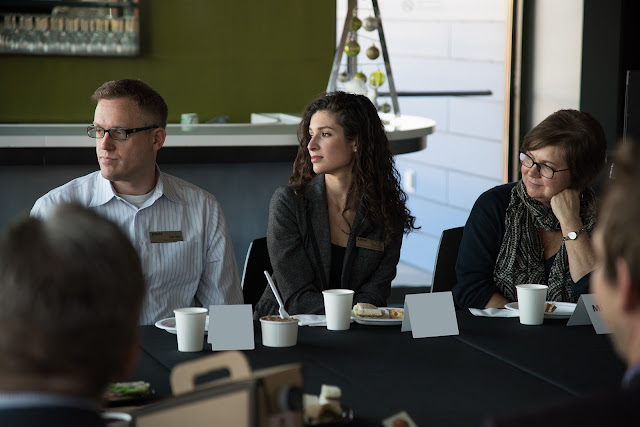 I was at a meeting today photographing. I looked around the room and the light coming through the floor to ceiling windows painted the faces of the people across the table from me in the most beautiful way. I had to take a photograph to capture it. Just the turn of the woman's head in the middle of the frame made it all perfect. I have no idea how the meeting turned out, I was too busy watching life being painted right in front of me.
Posted by Kirk, Photographer/Writer at 22:19 8 comments:

At what point do the camera and lens disappear and let the image just soak through? Oh. I know. When you learn to ignore the camera even when you have it right in front of your face. 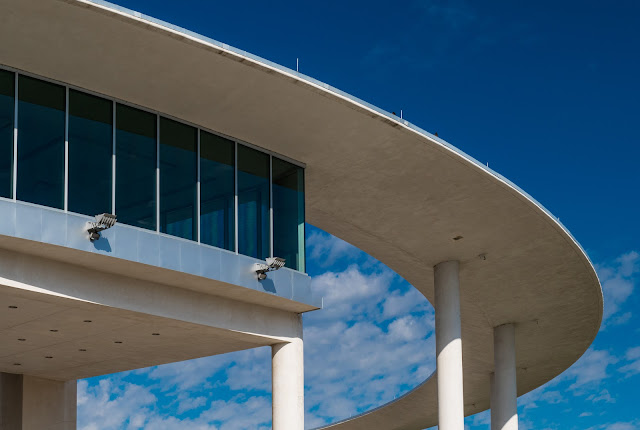 All bets are off when you see the Jetson's building....
Posted by Kirk, Photographer/Writer at 22:07 No comments: I can't remember what camera or lens I used but I sure like the position of the shadows and the intersecting lines on the wall and sidewalk.

When I finish up my jobs, back up my files and send out the bills I like to chill out and relax a bit by taking a camera and lens out into the world and practicing my craft. I can't imagine a day without a camera in my hands. I think the way to see photographically is, in a sense, to live immersed in photography.

I'm a little confused. Some reviewers say that the longest end of the Panasonic fz 1000 zoom lens is not as sharp as the rest of the focal range. I guess they need to work on their handholding skills just a bit more. Or use a tripod... 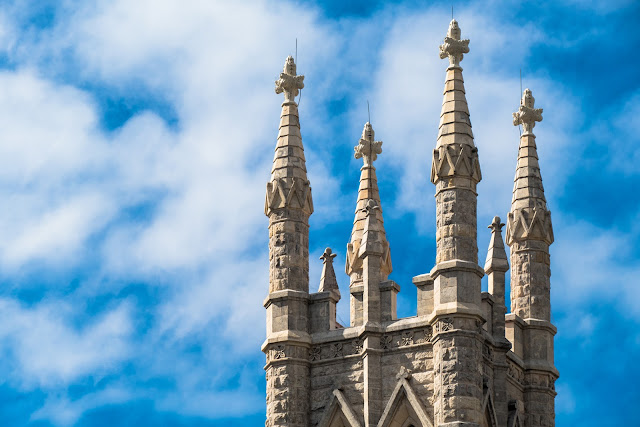 The average camera reviewer seems to buy into the "echo chamber" system of camera evaluation. Someone on a different site writes something about the long end of a lens being soft and the writer picks it up and runs with it. Sometimes the weather is crappy and a reviewer (not the camera owner) feels the need to go out in low illumination, gray muck and make some images anyway; after all, shouldn't state of the art image stabilization allow you to hand-hold a 400mm equivalent focal length pretty steady at 1/15th of second?

I read in a couple places on the web that the Panasonic fz 1000 was a little soft at the long end and this concerned me because the long reach of the Leica designed lens was one of the reasons I bought the camera. It's also one of the features I used extensively on my recent, downtown Austin project.

But I did something a bit out of the ordinary for web camera reviewers --- I actually went outside on a nice, sunny day and shot some tests. I shot the tests with the camera locked down on a stout tripod and also handheld. Guess what? The long end of the lens is sharp. The secret is to use it intelligently.

A primer for testers: To find out just how sharp any lens can be turn off the I.S. put the camera on a tripod and use a self timer for release. Make sure you focus correctly instead of depending on some automatic focusing point selection algorithm from the camera. Maybe use that boring, old, center, single point, AF method!  Now you have an understanding of the potential of the lens and if you want to you can take it off the tripod, turn on the  I.S. and shoot tests that might show you how sharp the system can be. But please, tell your readers if you shot the 400mm sample while riding on a street car over bumpy track at twilight, holding the camera at arm's length with one hand, to view the idiot screen, on the back, while your other hand grips the safety rail of your conveyance.

But really, the point I'd like to emphasize here is how important it is for one's credibility to actual go out and do the test instead of taking one of the other web shill's word for something, and then passing on flawed information.

Wow. That sounded like a rant. Okay, well I just get tired of reading misinformed crap.
Posted by Kirk, Photographer/Writer at 12:56 4 comments: