Thoughts about photography just here at the end of the week. 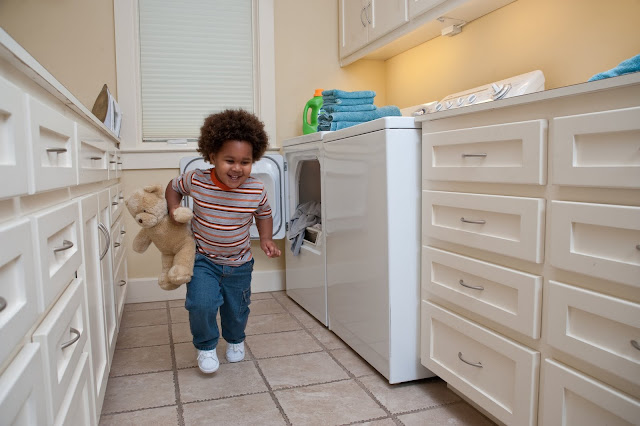 I just finished a long week of projects with my kid, Ben, helping out as an assistant. We shot for a German based medical devices company on several days, shot one day on location at a large, commercial printer; and shot more video. I love working with Ben because he's incredibly reliable, calm and smart. I like having someone around to help carry cases and to find the tiny screws that fall out onto the gray and black flecked carpets in the halls of corporate American.

I am getting ready to head to Denver, CO. for a marketing training seminar for Craftsy.com instructors and I will be there until late Sunday night. Ben is heading back to college on the east coast early Sunday morning; if the weather gods allow...

As I wind down from the week I think about the things that worked well. I also find myself continually marveling at how little actual camera handling and shooting gets done versus the necessary socializing and rapport building. That, and waiting for the next photo opportunity.

We used the Nikon D750 to shoot about 20 individual portraits over two days. The images are of sales team members, photographed against a very light, soft, warm gray background. I use the Nikon 135mm f2.0 lens but in a sharp break with my usual style I shot at f8.0. The application drove the style. That, and continuity with the client's existing work. These images will be used on websites and in small print applications. I chose the D750 over the D810 mostly to keep the files sizes reasonable.

The sales team portrait set up was lit with two Photogenic 1250 DR electronic flashes modified with medium sized Chimera soft boxes. The fine control of levels on the 1250 Drs is nice to have. You can figure out what f-stop you need and how close you want the boxes for your taste in light fall off and then just dial in the power to suit. Since we set up and took down the portrait lighting set up it was great that Ben mastered the packing/unpacking the first time and left me to the grander task of finding good coffee. It wasn't that hard since there was a Starbucks at the Westin hotel in which we were working for those parts of our adventure.

We also created portraits of several executives, in fact, presidents of their respective geographic parts of the global corporation. These are done in a style that I instituted in collaboration with the company's marcom dept. We placed the execs near the wall of floor to ceiling windows that run alongside the north of the building and let the soft, indirect light through the window work as a giant main light. We pulled some shadow contrast in by placing black panels on the opposite side of the subject from the windows to kill some of the spill from the white walls. I also used a flash into a 60 inch, white umbrella, dialed way, way down just to tweak color and add a little more to the catchlights in eyes.

For the senior executives I used a Nikon D810 and will take advantage of the monster sized raw files to tweak the heck out of the final, selected images before I get into the retouching. To a certain extent I chose the bigger camera to help me make my own mental break with the previous, less complex images we'd shot earlier. The window images have a lot of moving parts, including interior lights, open, out of focus spaces behind the subjects, as well as a bit of mixed light. The D810, in conjunction with the Nikon 105mm f2.5 was a perfect combination, even though I occasionally felt the need to drop into live view to check sharp focus...

We went from a resoundingly international corporate environment one day right into the world of craftsmen and hands on workers the next day. Ben and I got to the printing plant at 7am and got right to work. We were out to make presses (and their human masters) look monumental and intriguing. We shot environmental portraits, giant machine portraits and lots of production shots. When the clients (ad agency)  showed up around 10 am we had already shot 30 different set ups and angles. The client led us through a few more and we were happy to oblige. On this job I used several lenses that fit well. I got a lot of work done with the Nikon 24-120mm lens (which has distortion but also my respect) knowing we'd be able to correct that lens's distortion via profiles in Lightroom. It's very hand tool when working in a confined space and when you need to change focal lengths on the fly.

The other lens I made good use of was the 14mm Rokinon Cine lens which made my D810 feel much like a view camera in that I used live view for every shot with the wide angle. All the better to see the edges that way. That's another lens that benefits from profiled distortion correction in software and the D810 helps to ensure that you don't lose too much sharpness in the process.

Near the end of our engagement at the print shop the art director asked if we could do some handheld video of one of the fast moving (conveyor belt) binding operations. I didn't think we could hand hold the D810 well without a grip or stabilizer of some sort and I was about to explain why we couldn't do that to the client when Ben reminded me that we'd brought along a Sony RX10 and, with the firmware upgrades, coupled with the smaller sensor and built-in image stabilization it would be a natural for some quick, handheld video. We grabbed the camera, set it up and were shooting in minutes. The client loved it which, of course, led to some other video clips as well. The camera has the best 1080p video of any camera I've owned. We were successful. The shoot was successful.
Everyone was happy.

At the end of our short day of shooting at the printer we headed to PokeJo's for BBQ. You can keep the two to four hour wait at Franklin's. Most BBQ in Texas is pretty darn good and PokeJo's is a favorite BBQ lunch dive for us. Knowing he would not get decent BBQ again until his return in late Spring, Ben went for the three meat plate, choosing brisket, pork ribs and pulled pork. As a general nod to health he got fruit salad as one of his side dishes.

I was, of course, more reserved and managed to limit myself to a two meat plate with "just" pork ribs and brisket. We were happy to sit and talk having had lunch with corporate clients the day before and anticipating the same the next day.

Good tools, good food and good clients. Add in good coffee and a good assistant and you've got a recipe for a series of fun, engaging and profitable shooting experiences.

To summarize on the gear side: D750 = best all around shooting camera in my collection. The one I pull out when it has to be good, well focused and noise free. The D810 = a detail monster and the ultimate portrait camera for me because the dynamic range keeps shiny skin from blowing out to white when tangling with specular highlights. Also, this camera is a "known" camera by the exec class which is a good conversation starter. Sony RX10 = killer "grab it fast" camera and emergency, high quality video camera. Add one to your bag. Add one to your shoot. Add some numbers to your billing.

Well, I've run out of time for now. More after the conference. Now to summon my Uber.....

Posted by Kirk, Photographer/Writer at 12:39 6 comments: