Picking up a Sony A7ii as a companion for the A7r2. Why? And how do I like it? 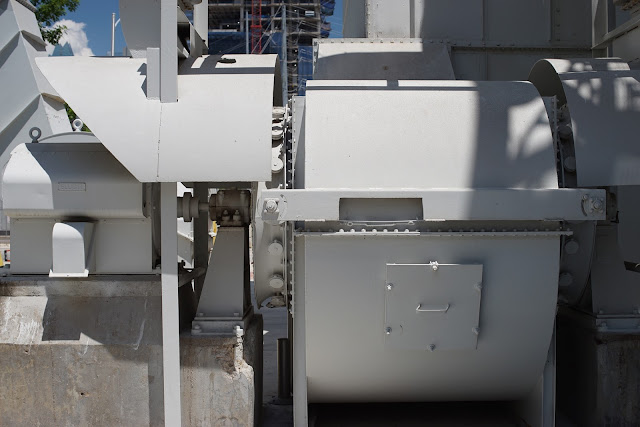 This is the first time in my career in which every camera in my inventory comes from one company. I've always had "main" systems and "side" systems. For example: Nikon full frame and micro four/thirds cameras. In the film days it was Hasselblad and Leica. But right now I'm three formats deep into the Sony world. And the sad thing about all this is that Sony has offered me no free cameras, no cash payments of any kind for writing about their cameras; heck, I can't even get a promotional mouse pad from them....(added for the delirious forum dwellers who are certain that anyone who is actually happy or satisfied with a product is on that company's dole....).

The "best" or most ultimate camera I have from Sony is their A7R2. It's very, very good. Focuses quickly, meters very well, does great white balance and.....42 megapixels! But one thing that is its strength is also a weakness in the hands of an overly prolific photographer, and that's the huge, 42 megapixel raw file. To be honest, while the huge file is impressively sharp and all dynamic-rangy it's also pain in the ass for shooting portraits. I want all the good stuff but I wish the camera would do the same smart camera trick that the Kodak SLR/n (the first full frame digital body on the market) could do over a decade ago; it was able to shoot three different raw file sizes. You could choose between 14, 6, or 3 megapixel file sizes and still get all the editing benefits of raw, but none of the storage headaches, and none of the processing pipeline clogs of today's all pumped up camera bodies. Firmware? Anybody?

I find myself defaulting to other cameras with smaller raw files, like the a6300 at 24 megapixels, or the RX10iii with 20 megapixels, when I head out to shoot anything but big client jobs (meaning client jobs that must have the potential to be used across media). And many of them would be well served with the full frame "look" but at a more modest 24.

The reason for most of us to use a full frame camera  hasn't got much to do with the pursuit of "ultimate resolution" it's more about getting the faster ramp in focusing ,which drives the background out of focus more quickly than smaller sensors used with lenses that have the same angle of view. Most of the time I'm happy shooting Jpegs with the A7R2 since it gives me nice files at the medium size setting of 18 megapixels. But, of course, we always want it all...

This past weekend I made a journey to the local bricks and mortar camera store to replace a lost lens cap. I forgot the lens cap but came home instead with a slightly used Sony A7ii. Kind of the middle of the road model for the current A7x series. On one hand you have the A7R2 which is the king of dynamic range and resolution and on the other hand you have the see in the dark A7S2 with its 12 megapixels. The A7ii is somewhere in the middle, about halfway between the two when it comes to the number of pixels. Not as high a resolution number as the S and nowhere near the sheer detail of the R. It's the essence of moderation, where the A7 system is involved.

I rationalize my purchase with the hoary excuse from the film days: redundant back-up. You need to carry a similar camera as a back-up on every assignment. My rationalization was a bit of a stretch as the a6300 that I own isn't far behind the middling A7ii, in terms of overall image quality (stills) while the a6300 is a faster focuser and has standout, 4K video files. But there is that out of focus background thing we all think we want and need. Another reason to buy the second full frame body is that, at $3200, I am loathe to drag the A7R2 around in the muck and mire to take fun, personal photos. It's become an important tool for work and I'd be upset if I took it out for a spin at a kid's swim meet and it accidentally got dropped into the deep end. A second (used) camera with 90% of the premiere camera's capabilities, but at 1/3 the price, was music to my ears.

Now, with Ben sitting in the video editing chair today, I finally had some time to go for a stroll this afternoon and to take the new (used) camera for a spin. Here's what I think: Feels great to hold onto. All the buttons are where I expect them to be. I've set up the function menu to match all my other cameras so the learning curve with the new body is minimal. The image stabilization works well. I used it today with an ancient, 50mm f1.4 (pre-ai) Nikon lens, on a cheap adapter, and it was great. Makes me re-think my irrational desire to go out and buy the 50mm f2.0 Zeiss Loxia lens.

The only thing I'm bummed about (but knew it going in...) is that the A7ii doesn't have a silent shutter mode like the A7R2 and the a6300. If it did I would replace the a6300 in tonight's equipment line up for the dress rehearsal of Buyer and Cellar at Zach Theatre. I could put the 24-70mm on one body and the 70-200mm on the other body and be so happy. But for the ten or twelve shows a year that we shoot rehearsals with audiences in attendance I think I'll continue to manage with the mixed format.

For regular commercial photography assignments the noisy shutter (not as bad as the original A7) isn't really an issue. My clients are keenly aware that they are being photographed. There are really no differences in the finders or the overall feel of the cameras when comparing the two A7x models. And there's really no difference in battery life either.

The other area that is different is their video capability. The R is a beautiful 4K shooting camera but the 7-2 caps out at 1080p. But it's a nice 1080p and the menu features the range of picture profiles while the body also features a microphone input and headphone output. Those are great things.

I am happy (though probably irrationally so) to have two nearly identical, full frame cameras to take out on assignments with me. I know that today's cameras are very reliable but being somewhat old school I always feel a bit naked when I go out with a mix of formats or, even creepier, no back-up at all.

I think my purchase came at an advantageous time. The earthquake in Japan seems to have stabilized the market for camera gear and halted the downward slide of prices. With sensors in short supply for the near future I think the prices of used A7x cameras will bump up a bit while discounts for new product will be aggressively curtailed.

All the cameras have their strengths and targeted uses. I'm happy that they share a universal menu interface and a universal function menu. It makes life easier when we switch gears to a different format.

If I lived in a perfect world I'd buy a second A7R2. It really is a magnificent camera. But living in the real world means paying for college and stocking some cash away for the inevitable post election economic slide. And that means a great companion camera at 1/3 the price makes good sense. But that's just me.

Posted by Kirk, Photographer/Writer at 18:21 5 comments: