I was going to shoot test targets in a boring office to see how the Sony RX10 iii performs at high ISOs but then I thought, "What the Hell?" let's just shoot a cool rehearsal at Zach... 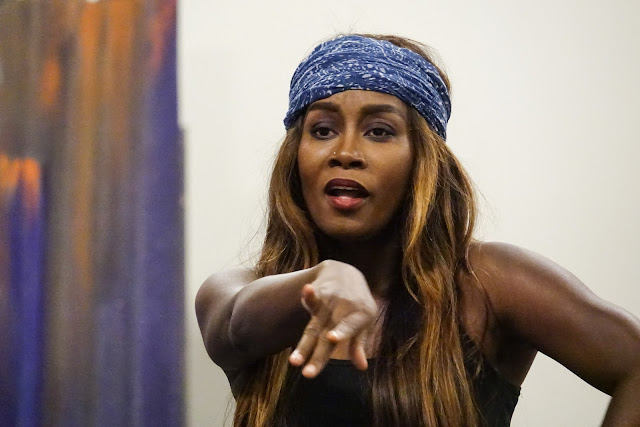 Priscilla, Queen of the Desert. Opening the last week of September at Zach Theatre, in Austin, Texas.
All photos ©2016 Kirk Tuck. All rights reserved.

Zach Theatre in Austin, Texas is less than two weeks away from opening their first show of the season. It's a big one! It's Priscilla, Queen of the Desert (based on the 1990's movie...) and it's going to filled with amazing sets and even more amazing costumes. But those come next week. Right now the case and crew are working hard in rehearsals to get every dance step and musical note perfect. Which they will. After seeing a second rehearsal last night I'd bank on it.

The show is so complex and visually rich that I wanted to see at least three rehearsals before I finally shot the dress rehearsal. I really want to feel the flow of the play so I'm ready to nail the shots we need to help market the production. And, as a side benefit of reconnaissance I get to produce some fun behind the scenes images to show how much work goes into ramping up a production of this magnitude.

Yesterday evening we had a group of supporters in to watch about an hour of rehearsal and I decided it would be a good opportunity to take another look. Whereas last week I brought out the big guns (Sony A7rii and a6300) and the fast lenses I took a totally different tack this time. I brought one camera and a couple of spare batteries. And it was a very counterintuitive camera! It was the Sony RX10iii that I've been writing about so much lately.

You see, one of the thing people always right about of forae and in reviews is the idea that this camera is useless over 100 or 200 ISO and that there is rampant noise everywhere. The second most talked about issue is the limited battery light. While I was mostly focused on using the camera at high ISOs I thought I'd pay attention to battery life as well. Since this was a rehearsal and not a paying job I felt okay taking a bit of a risk with the gear. After all, it's good to know what you can do with all this stuff....right?

A week ago and again on Monday I spent full days shooting small products on black velvet with the Sony RX10ii and Sony RX10iii. All of the images were shot as raw files at ISO 100. I spent Tuesday and Wednesday of this week post processing each one of 348 files. Dropping out backgrounds on some, dustspotting and general image housekeeping. My takeaway? At ISO 100 those cameras create files that are sharp, detailed and visually solid. As good as any 20 megapixel camera on the market. And it's important to understand that I'm judging the whole system; the sensor and the lenses.

So it was only logical to want to see what we could get at the other end of the spectrum: Handheld instead of locked down on a tripod. Bad light versus perfect light. Moving subjects versus totally motionless objects. Wacky Jpegs instead of very controlled raw files.

I set up the RX10iii to shoot highest quality Jpegs with normal high ISO noise reduction. I used the flexible spot focusing mode. I made on custom white balance for the whole space ( all lit by fluorescents living high up in the rafters of a converted warehouse; at least they were all running the same tubes...). That's about it. Oh, yes, I set the camera to shoot at ISO 6400. While there are higher settings on the ISO scale in the camera I am not yet that brave...

Calculating the exposure by determining that I could not go slower than 1/125th of a second and have a prayer of getting un-blurry images of moving dancer and performers, and knowing that the camera at most focal lengths has a real maximum aperture of f4.0 I found that ISO 6400 was pretty much the lower limit for use in that space. (note to self: The theater needs to invest in more lights for that rehearsal space!!!).

So, what did I think? Well, if you just look at the files the way they will most likely be used (on a webpage, on Facebook, on Instagram, on Twitter, on Snapchat ---- not on a printed poster or double-truck magazine spread, I think you will find them quite acceptable. Good, quick social media content. If you jump into magnification mode and pixel peep at 100% you'll see some painterly artifacting from the intrusion of noise reduction but, really, the files are head and shoulders above my old Nikon D300, my Sony a77 and any number of recent cameras with bigger sensors.

My biggest issue was the camera's ability to lock focus at these low light levels on moving subjects. Out of the 1,000+ images I shot last night I tossed out about 200 for focus issues. That's more than I'm used to but given my promiscuous shooting style I never left a scene without at least a handful of well focused photos. For this camera to work as a totally autonomous, one camera to rule them one camera to dominate all photography, Sony will have to add some sort of phase detection AF to make it truly awesome instead of just mostly awesome. The focusing in the Panasonic fz 1000 is better.

Given that the real color of the floursecents is like 2900K with a nasty green spike I'm happy with the color rendition and I'm happy with the noise profiles at 6400. I doubt I will use the camera at that setting much when I can get somewhat better performance from a few other choices in the equipment basket but it is nice to know that it's usable in a pinch, or when you just want to play with an enormously long zoom range and a really deliciously sharp lens.

That's my big revelation. Oh, one more thing. I shot over 1,000 images and still had 30% battery life left on the camera's gauge at the end on the evening. Turning off the automatic switching between back screen and EVF seems to conserve power. That's all I can figure. Anyway, here is an assortment of unvarnished Jpegs for you to look at. You can decide if the ISO 6400 setting will work for your next rehearsal. In the meantime, if you live within 100 miles of Austin you might want to go online and order your Priscilla, Queen of the Desert tickets. Show starts on the 28th of Sept. and runs through the end of October. Here's a link to Zach: http://zachtheatre.org 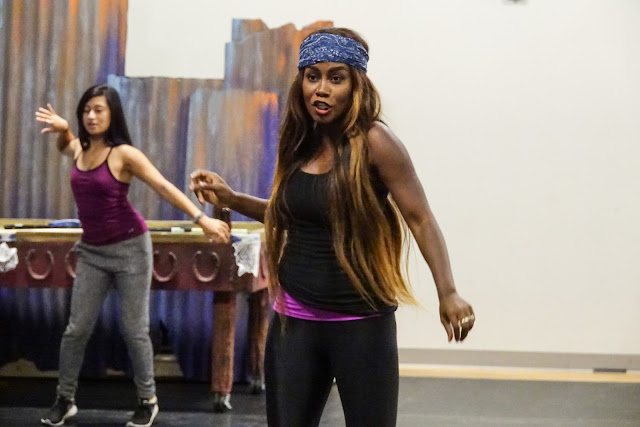 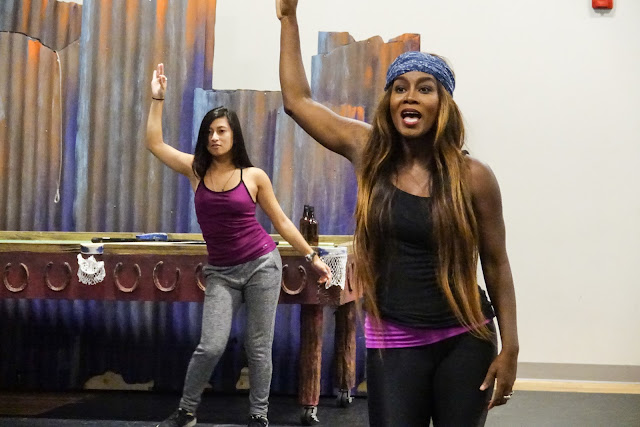 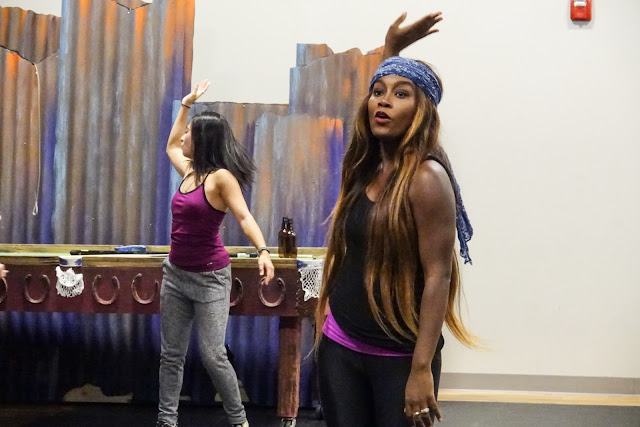 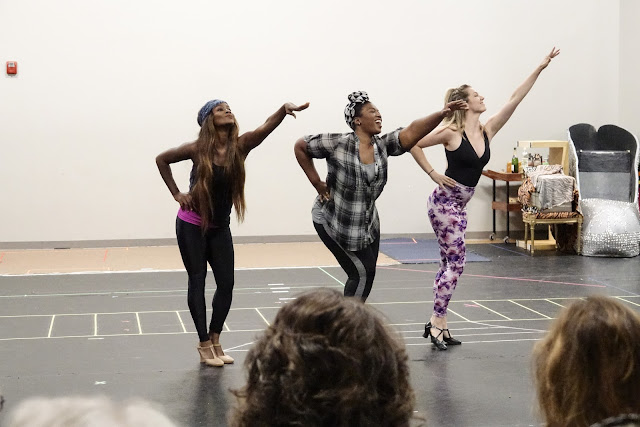 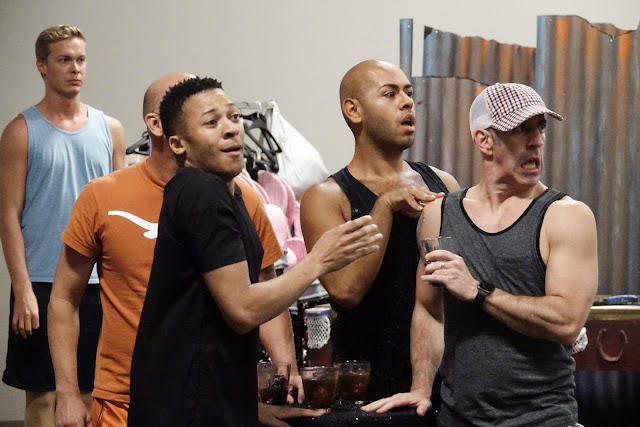 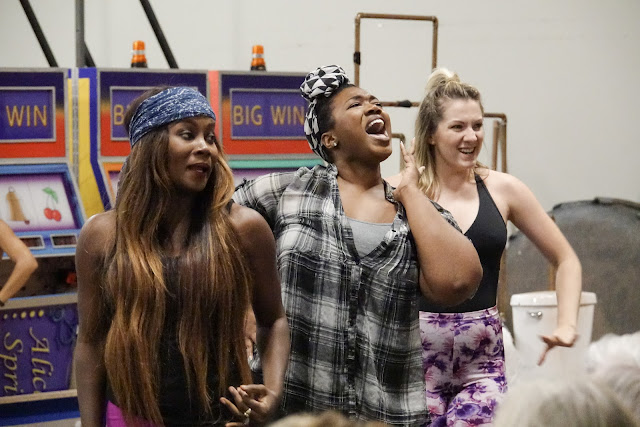 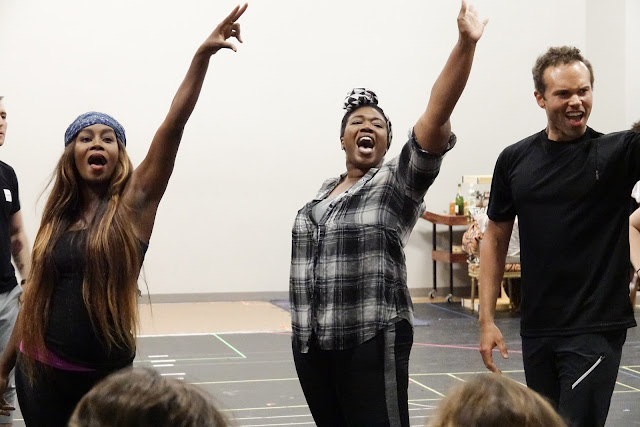 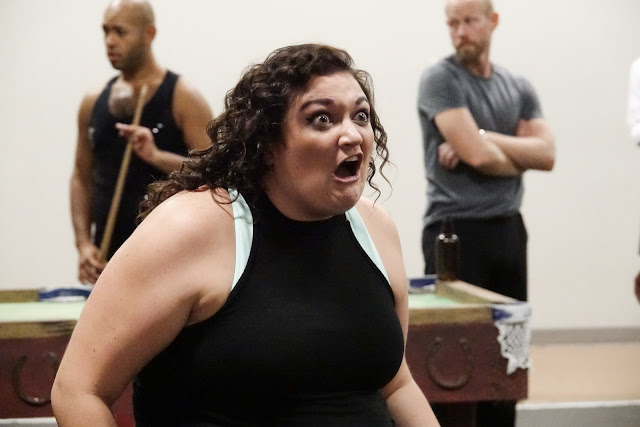 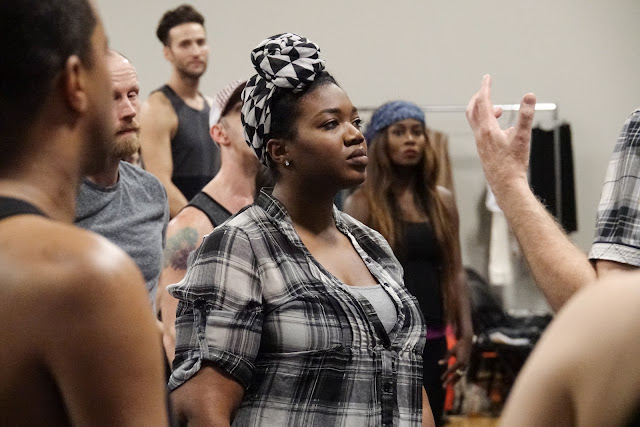 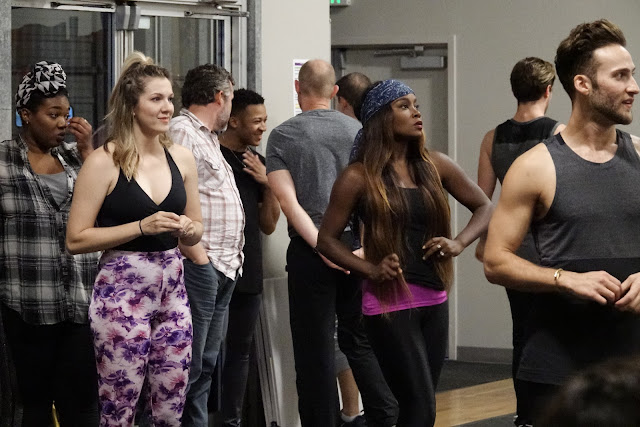 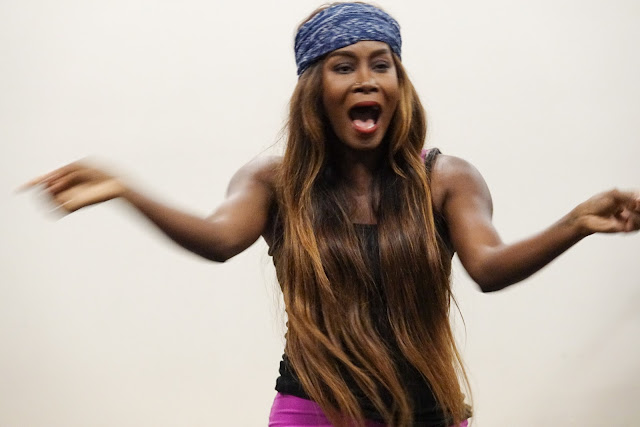 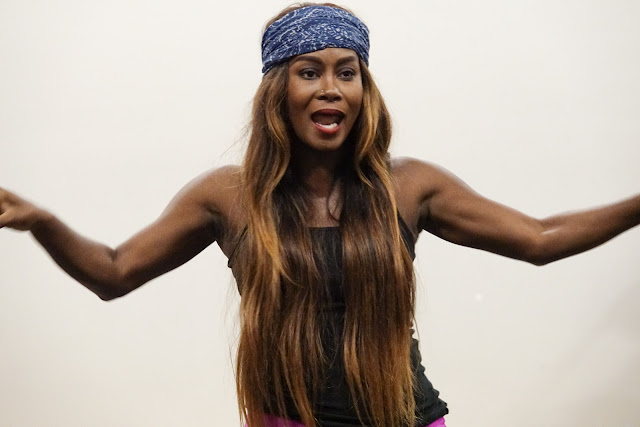 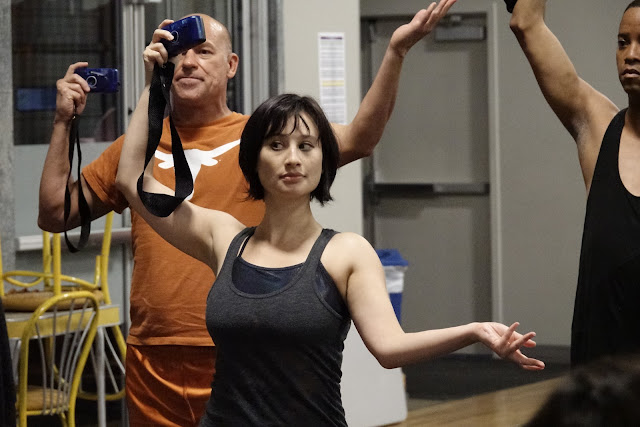 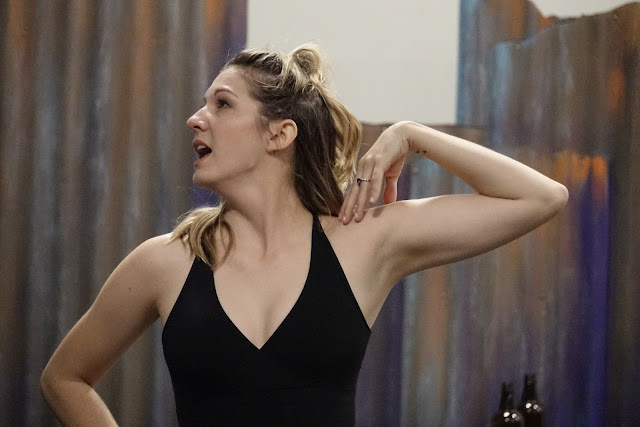 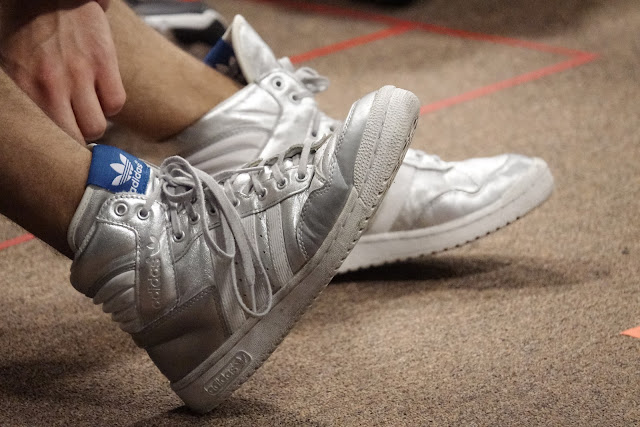 Posted by Kirk, Photographer/Writer at 14:37 6 comments: