Sony A6500 and the Panasonic GH5 are locked in a struggle for my attention. And my cash. 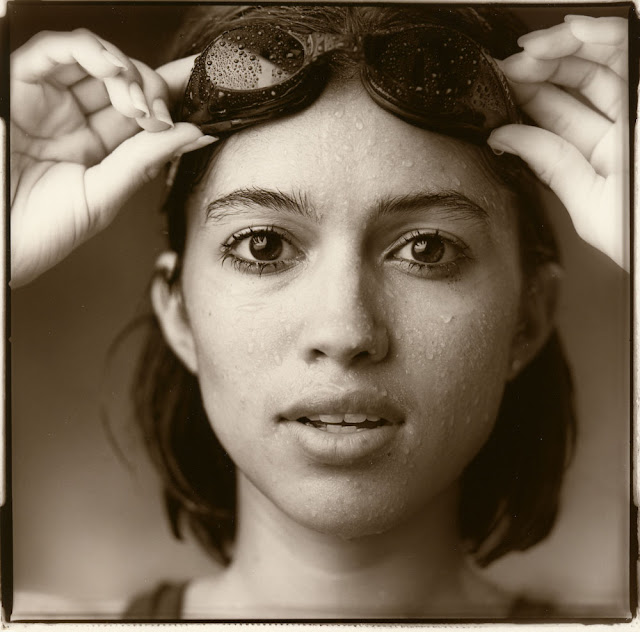 The Summer months are interesting. Everyone in Austin tries to escape from the heat and business slows to a crawl. We've kept our heads above water at VSL with a series of portraits and some nice corporate day jobs but in all honesty the second half of June and the first half of July gave me plenty of extra time for swimming and thinking (dangerously) about the state of camera offerings and the shifts in my business that might call for the adoption of new gear. I know that this is all a silly rationalization that stems form having too much time on my hands and an avid appetite for change but it feels real to me all the same.

I'll start out by admitting that there's no rational reason for me to buy yet another camera. I think the Panasonic FZ 2500 is an exemplary camera for the style of video I like to do. I think the Sony A7 series cameras and lenses are great for portrait work. I think all the cameras I own (with the exception of the A7ii) do really nice 4K video and I think they all do great still photography when used in situations where their strengths fit the parameters of the photographs. I hope I come to my senses and keep my cash in the bank. It would be the smart thing to do with the kid heading into his last (and most expensive) year of college. But I'm not always the most practical person when it comes to good planning versus instant gratification, and in this regard my fellow photographer friends are no big help. Two of them actively encourage me to buy, buy, buy and there's no paucity of targets of photographic allure at which to aim.

There is the old saying, "the grass is always greener on the other side." I'll add my favorite variation: "The water is always faster and bluer in the next lane." I think it is human nature that no matter how good or well researched is the equipment in your camera bag you will always suspect that there's a different system or camera that may be a better fit for you or for the imaging tasks you currently have in mind.

When I bought the majority of the nuts and bolts of my Sony system I envisioned that photography would roll along at a merry pace with only a few transient dips in what would be a long and graceful decline from relevance. I knew I needed cameras that would crank out decent video but conjectured that moving pictures might constitute only 20 or 25% of my total income; the rest being derived from my traditional, commercial pursuit of still photography. And yet, here I sit a year and a half later contemplating the reality of my individual market --- that in 2017 over half of our income has been generated by video productions.

If I really dig down deep and think without emotions clouding the metrics I would have to admit that all the work that generated this income was done with the cameras we already had in hand. The majority being done with an RX10iii and the A7Rii. I should take a deep breath and slide that hot and sticky credit card into the bottom of an ice cube tray and let the water freeze around it. At least that would slow me down on those days when I "decide" to rush out and change everything..... But maybe not. It would probably just entail the additional expenses of a Billingham, gold plated and leather bound ice pick and the heath insurance co-pay for having my hand stitched up after using poor technique in attacking the ice cube tray with the Billingham "Estate" model ice pick. I'd still be rushing off to the store but would be nursing the stitches spawned from the treacheries of gear avarice.

So, after thinking long and hard about how I might want to use cameras in the near future I started with the baseline of my Panasonic FZ2500 and thought about how impressed I have been with the files coming out of that camera and how well set up it is for video. Even in 1080p which seems to be considered already old hat by some, it is capable of generating, in camera, 200 mbs All-I files which edit beautifully. How can I get more of that action? What could my cameras be doing better?

That's when I start looking at the GH5. The brilliant and logical amongst you will just ask, "What is it in the GH5 that the current FZ2500 can't deliver? What feature/file set are you looking for that will improve your work?" If I am realistic I admit that running the current cameras into an Atomos Ninja Flame video recorder and getting lightly compressed, 10 bit 4:2:2 files written to fast memory in ProRes 422 gives me everything I ever wanted out of a video camera ---- and then some. But the GH5 is the current star of the under $5,000 scene and one imagines that those files, from the optimized processor, will be just a bit meatier and yet smooth. Just a bit more noise free and detailed. It's twice the price so it must be better, right?

I start imagining just how good those GH5 files are going to look when they go through the same process and into the Atomos miracle machine and I convince myself that even the vision impaired will instantly recognize and marvel over the difference in image quality (never stopping to remember that my paying clients were more than happy with the video files squirting off the SD cards from various Sony cameras). I also rationalize that the GH5 will write the 4K, 10 bit, 4:2:2 files directly to the cards so I wouldn't need to be encumbered by an external recorder for all those times I want to come off the tripod and handhold my camera rig.

Then I stop for a while and consider that a wiser person would take some time to see if there are new alternatives to a massive and highly disruptive system change. In re-reading several reviews of the GH5 I noted that everyone was comparing it with the Sony A6500 and the consensus was that their video performance in 4K was very similar. The A6500 was judged to be better in handling high ISO noise and it also has more detailed as a result of the 6K to 4K downsampling from the bigger sensor.

My brain switched gears and started contemplating adding an A6500. On paper it would make for sense. I can use all of my current lenses and I would be getting wonderfully sharp 4K video files. A plus for that choice would also be more detail and lower noise APS-C generated files. Did anyone notice that A6500s are currently selling for about $1300 which is $200 off the intro pricing? A whopping $700 less than the going price for the Panasonic...

I started going back and forth comparing featuring and examining the pluses and minuses of either choice. With the Sony I get more detailed files but I also gain moire and aliasing, along with more rolling shutter. With the Sony I give up the dream of delivering real 10 bit files even though I would gain 4:2:2 color  ---- but only into an external video recorder.

With the GH5 I get the video files I think I want along with the video niceties that make location production so much easier. Things like waveforms, a vector scope, a large battery with a long run time, unlimited recording time (limited only by internal cards and battery), as well as a handheld shooting package that give me state of the art image stabilization (when used with certain Panasonic lenses).

There are trade-offs all over the place. I'd like to stay in one system. But I've already screwed that up by adopting the FZ2500 (and really liking the handling and the output). If I stay with the Sony cameras I get to continue in the basic methodologies I grew up with: full frame sensor, fast lenses, etc. But I don't get the full video capabilities I really want. If I go with Panasonic I'll have to dump an accumulation of Sony gear which, emotionally, feels like tossing away a life preserver from my traditional career path.

And we have not even begun to think about lenses yet.

If I felt wealthy instead of feeling uncertain I would just buy a GH5 and add it to the mix. I could call it my video system and have some sort of fictive separation between the systems. But I feel a change in the market so profoundly that I'm not sure how relevant any traditional equipment will be going forward.

(Note: everything above was written yesterday. Below is what I finally decided today....):

So, contrary to my typical practice I did not rush out with boxes of my Sony gear and trade it in for a handful of (magic beans) Panasonic gear yesterday. I actually decided to take time worn advice and just sleep on the whole thing. I talked to two of my friends who have both had long careers in video production. In short, I waited for excitement to subside and logic to finally kick in.

Coincidental to my momentary camera lust was a last minute approval for a series of interviews of actors and a director at Zach Theatre for Saturday afternoon. Finally, more fun stuff to do with cameras. With the A6500 versus GH5 stand off fresh in my mind I decided to set up the camera I own that I trust most to shoot high value video; the FZ2500.

I wanted to see exactly what I could expect if I lit the interviews optimally, worked around an low noise ISO (200,400) and ran the signal from the camera into the Atomos Ninja Flame, recording the HDMI signal as a ProRes 422 file at 10 bits with 4:2:2 color. I also wanted to re-familiarize myself with the whole set-up to make sure there would be no confusion during actual production tomorrow afternoon.

The Atomos changes everything. The color and detail out of this $1200 camera is amazing. I pixel peeped the heck out of the files from the recorder on my 27 inch monitor and can't think of what I would change. Sometimes it's reasonable just to hook all the stuff up exactly the way you'll use it and actually test it for yourself before becoming hypnotized by all the stuff you can read on the web.

Of course this is bad new for both Sony and Panasonic as I have no motivation to rush out and buy either of their new cameras. Well, that's not entirely true. There's a thread of an idea that it might be nice to have a second FZ2500 for those (almost every assignment) times when you need two cameras with which to shoot simultaneously. An A camera and a B camera. It would be nice to having matching profiles and a matching look. Continuity in editing is important.

I've done a very thorough pre-production run through. I've experimented with all the controls on both the camera and the monitor/recorder. I've recharged the lithium battery in the NTG-4+ microphone. I've replaced the battery in the Saramonic SmartRig+ pre-amplifier. And now I'm packing with a check list in hand.

For the moment we've got the "new camera lust" under control. It's good to see just how great your current stuff can be when you start getting the itch to move on. July is a good month to go slow on new purchases.... Who knows what will be announced in September. Good to keep the fiscal powder dry.

Posted by Kirk, Photographer/Writer at 15:42 16 comments: