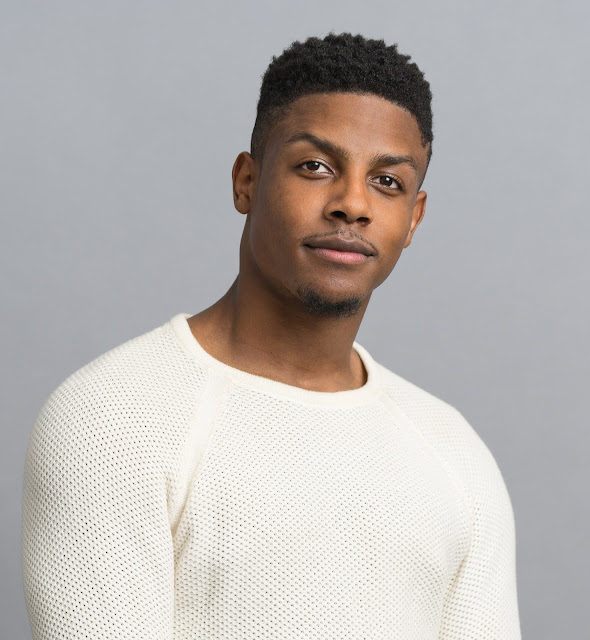 It's always all about the big, spot main light. For this portrait of a very accomplished theatrical talent I used a large softbox over to the right side of the frame. I realized though that getting the light in as close as I wanted it (approximately the same distance to subject as the diagonal measure of the light itself...) I would risk burning out his left shoulder. I used a Westcott FastFrame with a two stop net between the bottom, rear quarter of the softbox and his shoulder, feathering it so it would not cause an obvious drop in overall exposure. This allowed me to get the soft transition across his face and not worry about over lighting my subject on the main light side. I used a 50 inch, round, pop-up diffuser on the shadow side as passive fill and one light, dialed way down, on the background to bring it up just a hair.

The frame is cropped down from a 3:2 aspect ratio. I used a Sony A7Rii and an FE 85mm f1.8 to make the image. The camera was set to uncompressed Raw.

The main light is the Neewer Vision 4 battery powered monolight and the background light is the Godox AD200 using the standard reflector with its front diffuser.

If you don't like the expression on this image (I do...) then I have 519 others to choose from. Across four wardrobe changes.

Posted by Kirk, Photographer/Writer at 18:45 3 comments: