Why I keep coming back to the clever and elegant Panasonic G85. Especially now that I've found a great companion lens for it. 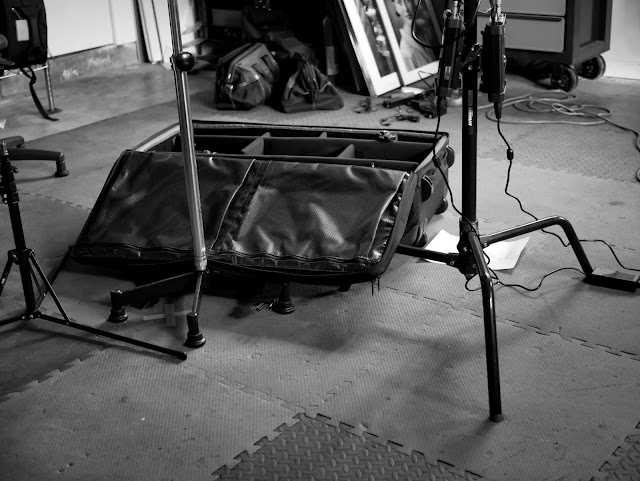 Tomorrow morning first assistant, Amy Smith, and I will meet at the studio, pack the car and head to Kyle, Texas for a daylong adventure in commercial photography. We've been awarded the assignment of photographing, in detail, the operation of a large radiology clinic there. We'll be photographing architectural documentations, procedures (with actors and technicians, but not with real patients...) and encounters with machines such as MRIs, CT Scanners, Mammography Imaging Scanners and much more.

In this instance we are NOT taking everything in the studio with you. I'm limiting the lighting gear to only what we can comfortably fit into a rolling case (see above) but that does include: Three Neewer Vision 4 battery powered monolights, one Godox AD200 flash, and two Godox V850s with their rechareable lithium ion battery packs. At first glance this may seem light but I'm really packing two systems; mostly for redundancy.

My well worn plan is to use the three bigger, monolight flashes for everything. Two bouncing off white ceilings and walls and the other one adding directional fill from a 60 inch white umbrella. But if the schedule drags out and the batteries start in the big units start to falter I'll have the more pixie sized flashes on which to fall back. I may approach it the other way around and start with the pixie flashes and work my way up.

The power of the flashes hardly matters. The clients and I had a meeting on Monday to discuss creative strategies and the "look and feel" they want to get in the photographs and actually less powerful (but no less controllable) lights might actually be beneficial. We want to shoot as wide open as possible in order to de-emphasize the backgrounds. This means we'll need to work mostly at f2.0 or f2.8 for effect. Even at ISO 200 it means that most of the lights will be operating in the 1/32nd to 1/64th power area and we'll need to be cognizant of "bleed" light from existing fixtures around the facility. No sense getting a great shot if we also get a lot of green tinge.

So, one roller case filled with lighting goodies and one Amazon Basics backpack for all the camera gear. Seems like a recipe for moving quickly while retaining good control of the lights.

We'll be working with the two Panasonic GH5s and shooting raw format all day long tomorrow. I thought I'd take a day off today and blow off some steam (and lingering anxiety0 by heading out for a walk this morning with what has to be the most comfortable and amiable camera I've ever, ever used: The Panasonic G85. With a whopping 16 megapixels of super-charged pixels and a shutter that's a sweet as an Adele song, the G85 is a stellar traveling companion. Across town or around the world. It's compact, smooth and, with the right lens, it can be a bit of euphoria in your hands. Yes, that's called "hyperbole." But in fact, the camera is a very, very well designed and implemented companion camera. The EVF is transparently invisible, the shutter sounds nicer than the gentle closing on a Bentley door, and the image stabilization is top tier.

My latest engagement with the camera was also an opportunity to test a lens I've had on hand for a while but have ignored, for no good reason. Maybe it didn't seem sexy enough just sitting, forlorn, in the drawer of the equipment cabinet... It's the 25mm f1.7 Panasonic lens that is often on sale for $149 and worth at least a hundred dollars more.

I thought it would be the perfect companion for the G85 and I was exactly right. I used it wide open, and at apertures up to f4.0, and was happy with the sharpness at every f-stop. It was a lens that instantly helped me channel my "Henri-Cartier-Bresson-Robert-Frank-Lee-Freidlander" classic vision. A vision in which the subject is king and not the visual strutting of unusual focal lengths with all their hysteric frippery. I was so happy shooting with today's combination that I neglected to stop in any of my favorite coffee shops or bakeries, such was my passion to continue on with my addictive photography rig. No visit to Voodoo Donuts. No cappuccino at Medici. No Vegan Lemon Hazelnut Scone at Whole Foods/Amazon. Just walking, shooting, walking, shooting.

It was 55 degrees and breezy when I started my walk and by the end we were careening toward the high sixties and that sweatshirt that felt barely cozy at the outset was starting to feel overly warm. Ah, winter in Austin. A few days of bluster and weeks of swimmable weather. Below are images I shot this morning. 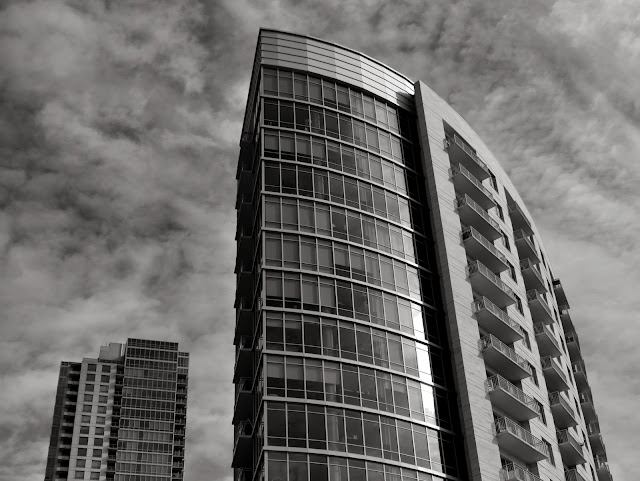 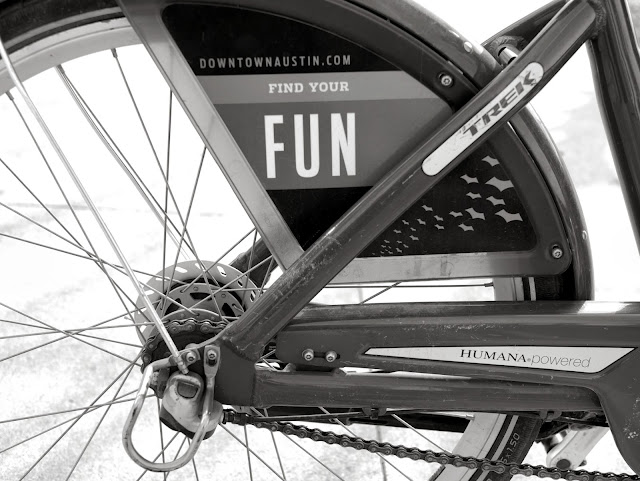 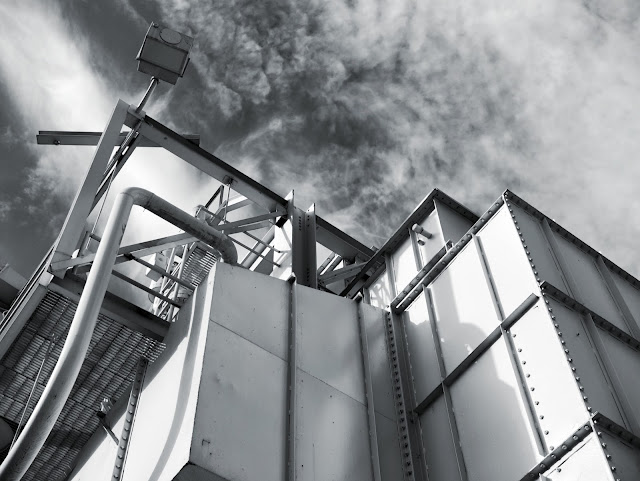 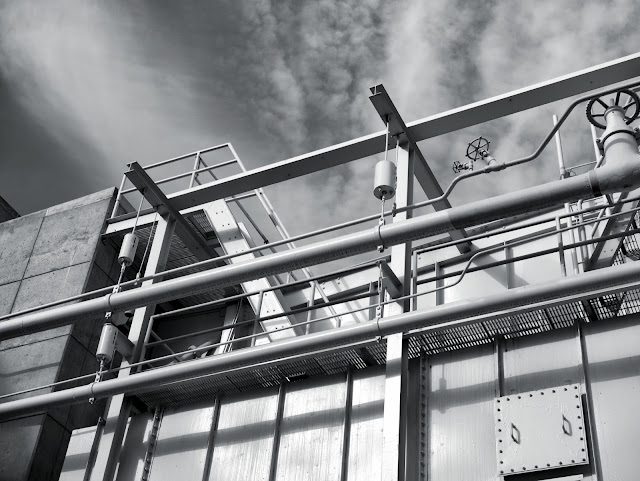 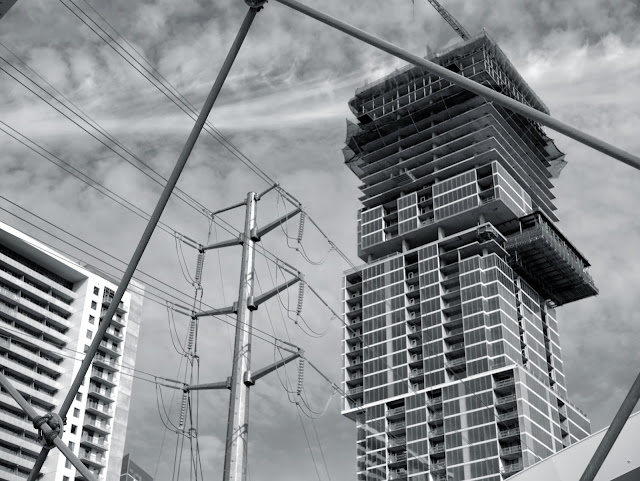 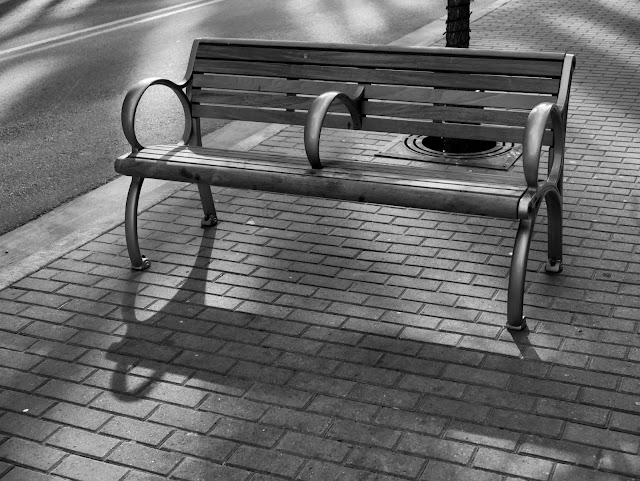 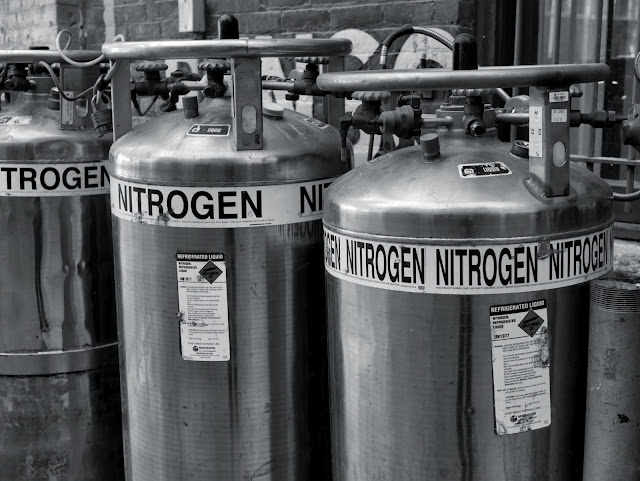 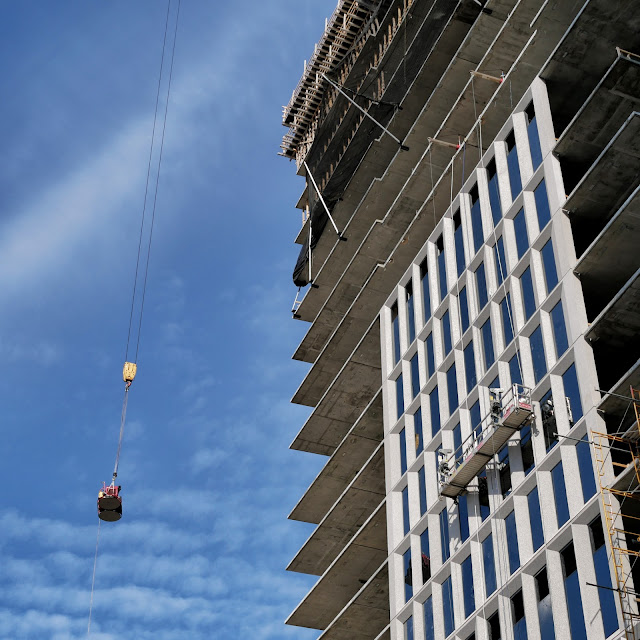 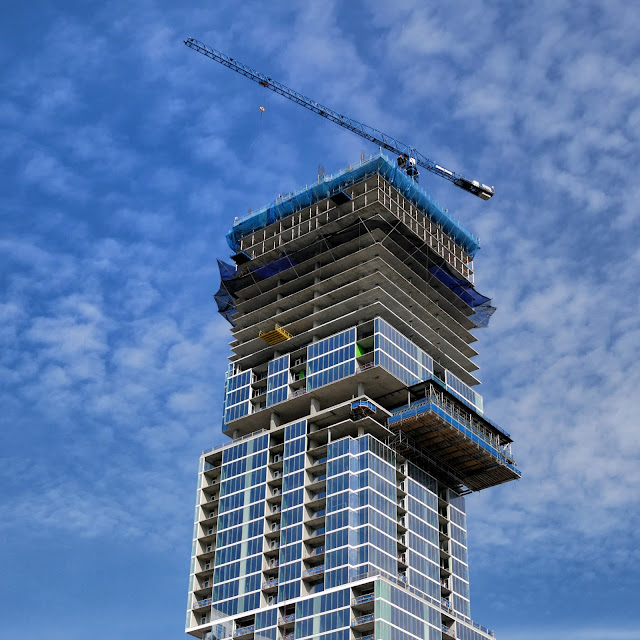 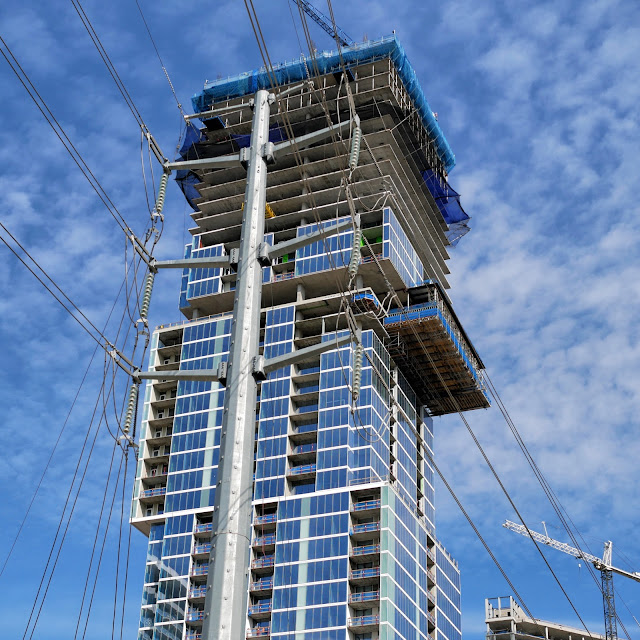 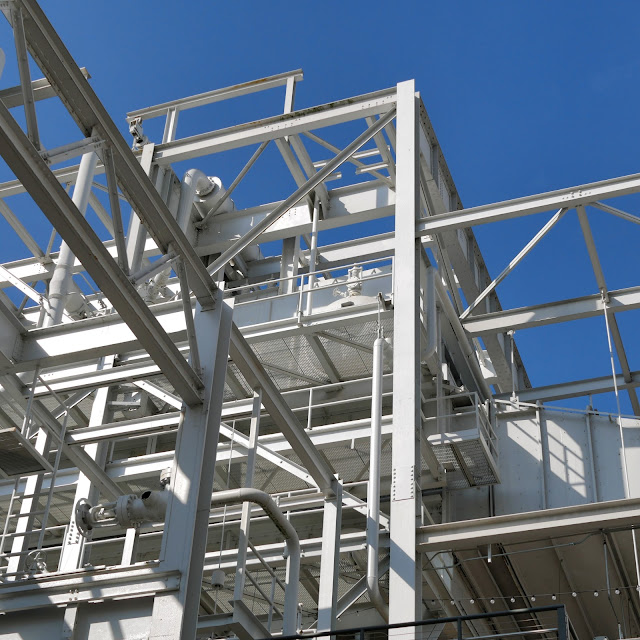 Posted by Kirk, Photographer/Writer at 13:48 11 comments:

Woke up this morning in the undecided category. 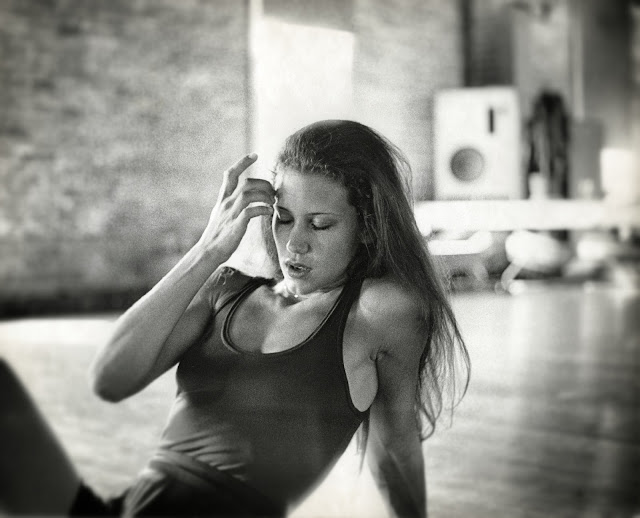 I envy those people who have one overriding sense of purpose in life. One all important goal at which to aim. They can wake up in the morning, drink their orange juice, and just get the ball rolling in the same direction they always have. Not so easy for those of us who intentions and interests are divided. (Just for the record, I absolutely hate orange juice. I am not anti-orange but orange juice seems to me to be disgusting, and always too sweet).

I woke up this morning and felt a wash of frustration froth over me. I love taking portraits. I love writing. I love walking around town with a camera in my hands; not in endless pursuit of the ghosts of H.C.B. or Robert Frank but as an observational walking meditation. The problem for those of us with multiple interests (those who've taken off their culturally induced career blinders) is that to excel at either portraiture or writing I think one has to commit and make a singular pursuit a priority. But, of course, I'm from the generation that wants it all and, in truth, has been fairly successful in getting most of it.

The pursuit of cameras, as Michael Johnston is engaged in on his wonderful blog, is a great way to sidetrack one's self into not deciding anything at all. You can research, test, buy, review and re-sell cameras all day long and they become their own occupation --- separate from taking the photographs you think you'd like to take.

Part of my ennui is that I'm satisfied with the cameras I have right now. Even the lesser cameras like the G85. Part of my lack of motivation to push photography harder in the business realm is that I'm not really forced into the hot pursuit of money. The issue with getting a second novel out is the same issue every dilettante writer has; it's hard as hell to get started ---- again and again and again.

Some days, lately, I feel as though I am stuck in quicksand. On those days the most helpful pursuit I can think of is.....a long walk. And a bit of introspection. I'm better at the walking part. 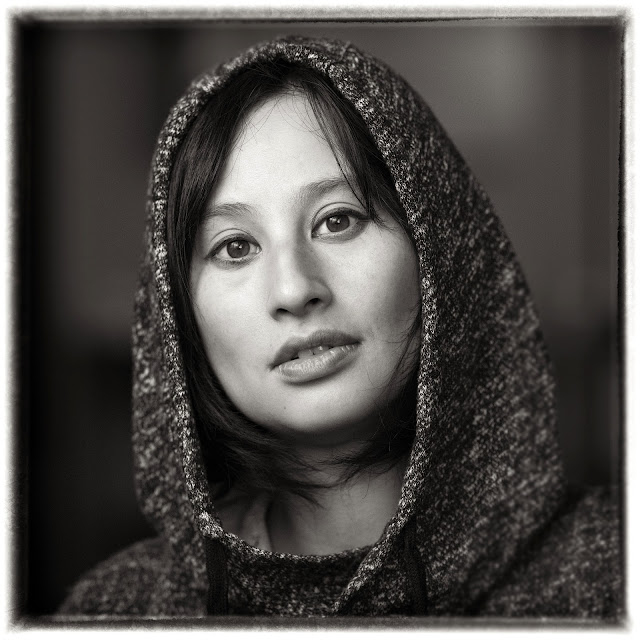 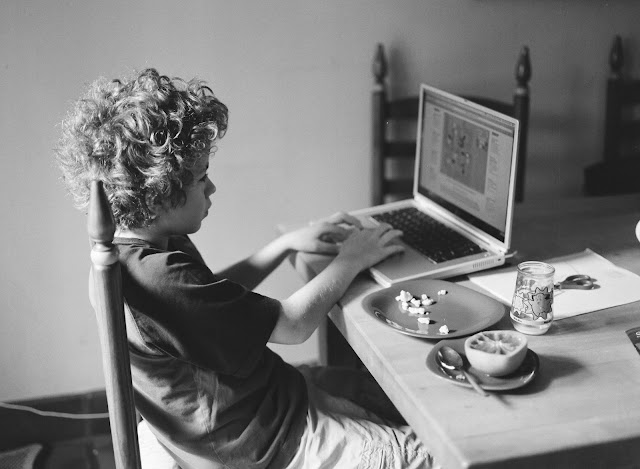 We should all be working
on our next project.
Otherwise nothing will get done.
If only I felt certain about the nature
of the next project... 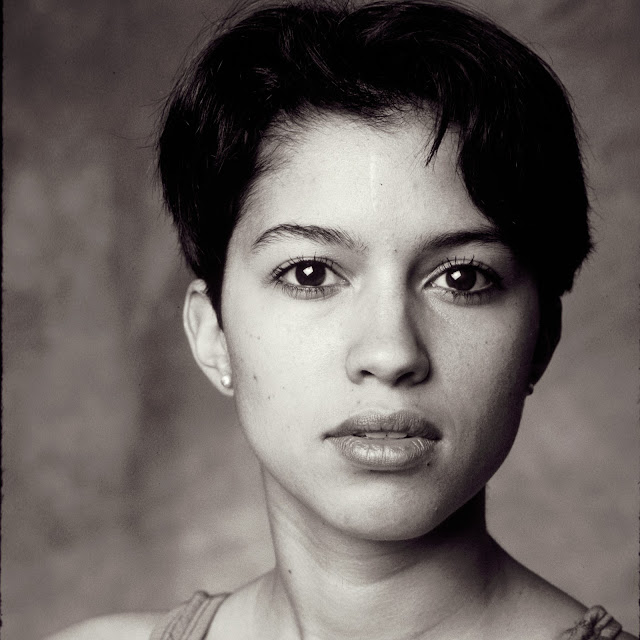 Posted by Kirk, Photographer/Writer at 09:33 10 comments: