A brand new camera from Nikon that is destined to save the company's bottom line. And make great photographs. 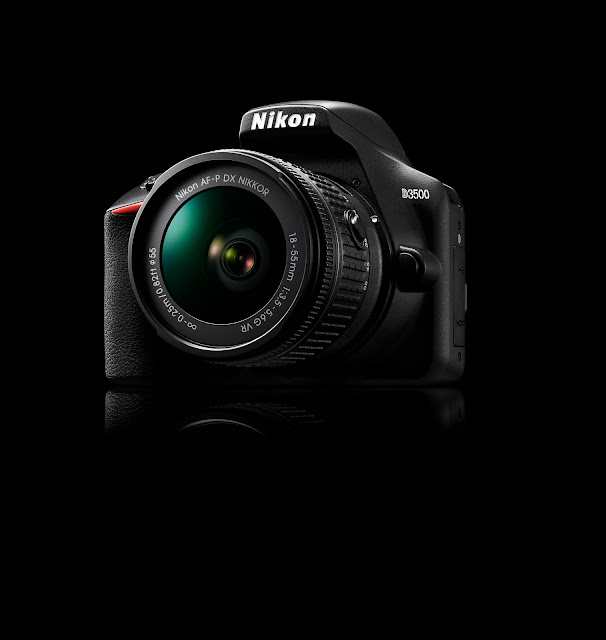 I'm pretty sure that the Nikon announcement of the Z6 and Z7 cameras was just a ploy to distract attention from other parts of their product line that were about to be announced. I'm sure they did not want Sony and Canon to gain too much pre-knowledge about the camera that will be the real money maker for Nikon; far outselling any of the models marketed to overly-excited, ardent camera "connoisseurs" that line up to spend thousands and thousands of dollars on luxe camera bodies that are 1 or 2% better than the models (bought a few months ago) that they will replace. Now that Nikon has pulled the decorative cover sheet off the D3500 I'm nearly certain that Canon will be rushing to get out a competitive Rebel model as soon as possible while Sony will gin up another cynical advertising campaign meant to move their ancient a5000 or a6000 stock in response.

As camera enthusiasts we like to believe (deep down) that good photographs can only be well taken with a "prosumer" or better camera. Afflicted Nikon worshippers draw the line at the D7500 as worst case, and really have come to believe that the only cameras that seriously matter to the true believers are full frame and as new as cheap wine. Likewise, the Canon camp will tolerate 7D cameras, with their tiny cropped frames, but secretly they suspect that "authentic" Canon cameras begin with the 6Dmk2 and hit their stride with the 5D models.

There are no current, newly launched, state-of-the-art cameras from Sony that can compete with a camera like the D3500 for one simple reason: The Nikon D3500 will come ready to shoot, with an 18-55mm version 2, VR kit lens (which is actually not a bad lens at all) for the princely sum of....
$499. Camera, lens, 24 megapixel sensor, no anti-aliasing filter on the sensor, and 1080p video for the paltry sum of $499. (yes, some would have killed for performance like this from a $6,000 camera only a decade ago...).

When the Z cameras were announced I was interested in the way a student of English Literature might be about some newly discovered poems by Andrew Marvell. I'd love to read the poems and understand how they fit in with the existing poems. But I would not be quite ready to bid on the original manuscripts... I think the Z cameras are interesting, capable, new and different but I don't think I "have to have one right away!!!!!!!!!" and I'm pretty certain that even the Z7 won't be that much better an image maker than the little collection of D800's and D800e's that I've been stacking up in the drawer just beneath the mirrorless drawer in my office. I probably won't rush to Precision Camera with my American Express Mocha Edition card with the intention of dragging home a whole new system. But the D3500; now that's a different story. And I'll tell you why.... 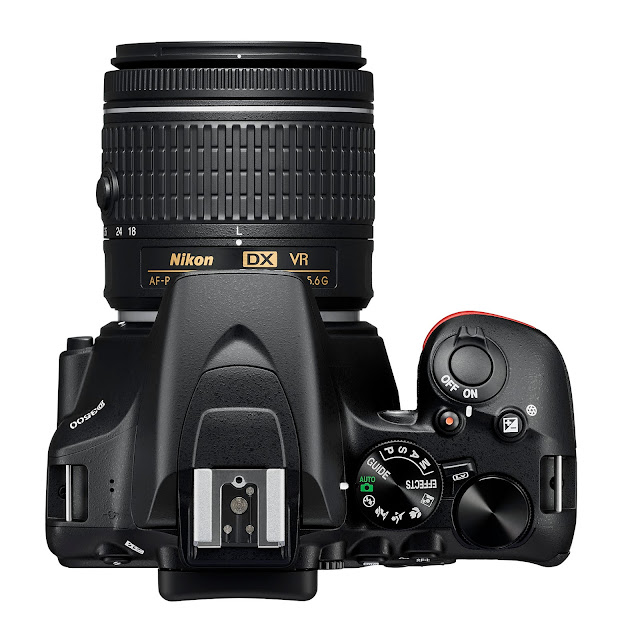 This is a mature, time tested product line which is limited, really, only by the lenses you choose to put on the mount. The sensor itself should be in the same ballpark as the Fuji and Sony APS-C sensors that photographers love to gush about. But instead of ripping well over a thousand dollars out of your wallet in order to own one you get basically the same level of performance, in the camera, that you could get from a $2,000 trendy body in a delightful and agile DSLR for > $500. Slap a $4,000 Otus super lens on the front of a D3500 and I bet you'd be able to generate pix that would absolutely blow away competitors' cameras, outfitted with "lesser" lenses,  that come with the same basic 24 megapixel, Sony derived sensor. So the limitations for the D3500 should not come from the imaging pipeline, they'll come from the glass you choose to use.

Of course the little camera will have a number of limitations that pricier cameras will not. But most of those features on the pricier cameras fall into the unnecessary category, equivalent to seat warmers in car seats of automobiles sold and used in Texas. (Believe me, there are maybe three days a year when you might actually want to use seat warmers in Texas....).

But the limitations will be concrete things like: A smaller buffer. A less impressive eye level finder. A slower frame rate. A less sophisticated autofocus implementation. Less battery life (although the press release states 1200-1500 shots --- so much better than all previous generations of exotic cameras like the 380 shot spec of my old Sony A7Rii...). AND THE MOST SAVAGE DEAL KILLER OF ALL TIME: Only one card slot in the D3500!!!!!

But if I already have GH5 cameras and D800 Nikons and D700 Nikons why would I be at all interested in a cheap-ass camera like the D3500? Hmmmm. Because it's small, quiet, almost disposable and able to take most of the lenses I used on my other Nikon cameras (sorry, no "D" series and absolutely no metering or automation with Ai, MF lenses). I can see using a camera like this when I want to travel with almost zero burden. I'm even considering using a camera like the D3500, combined with a lens like the 24-120mm f4.0 VR to shoot dress rehearsals with because the range is perfect in a way that it's not with full frame Nikons. And much quieter.

I also think it would be a nice camera for a challenge I have in mind for all my friends who walk around spouting things like: "It's not the arrow, it's the Indian." "It's not the camera, it's the photographer." "the most important thing is what's two inches behind the camera" etc. All while routinely dropping thousands of dollars a year on over-engineered cameras of which very little of the camera's potential is even tested, much less used. I would like to get all of them to buy one of these cameras (or the equivalent Canon, or entry level mirrorless) and prove to me (and the world) that it really is more about the photographer than the inventory of toys.

But here's the bottom line: Nikon may sell a bunch of Z cameras but they will sell a bunch x10 of cameras like the D3500. You'll be able to pick up your D3500, along with your 120 roll pack of toilet paper, from Costco. You could get one along with your driveway oil change kit at Walmart. Might even be able to get one at a Sears store, if one still exists... The Z is not the camera line that will make or break Nikon financially ---- it's the small, cheap highly competent cameras at the bigger bottom of the product pyramid that will keep the wheels turning. And each student, struggling to find a job millennial, mom-turned-photographer-on-a-budget, will  start out with a camera like this and keep the pricier cameras at the top alive by establishing a brand loyalty and by upgrading (as many of us have) over the course of their careers and lives.

I can hardly wait for the reviews to come in. I hope while DPReview and all the other "usual suspects" are thrashing and trashing that single card slot, and that smaller buffer, etc. they take the time to mention that, used correctly and with good glass, the images out of the camera have the potential to be every bit as good as those from a $1500 Sony a6500 or a $2200 Fuji X-Pro-2.

When I get mine I'm going full beginner chic and using the big black and yellow camera strap that will, no doubt, come boxed with the camera. No pre-order necessary. These will be flying off the shelves like candy at a supermarket checkout line but Nikon will keep these in stock.