Photographing a play made just for children ages 3 to 5. We made images during a rehearsal but not on a traditional stage... 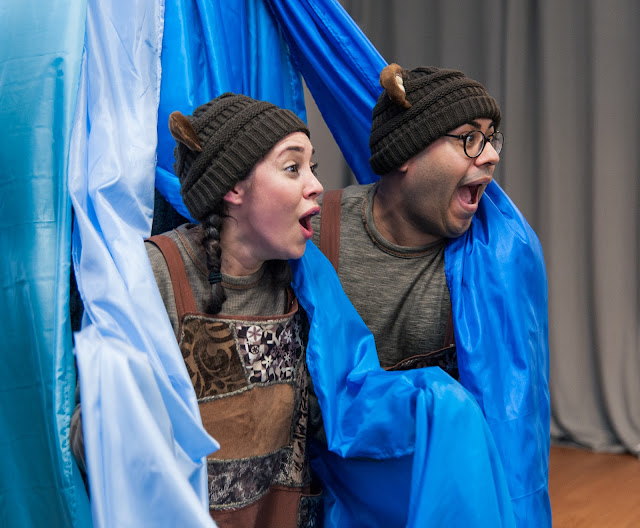 Leah and Michael as Brother and Sister Bear.

After a long week of making photographs and video at a corporate event in a downtown hotel it was fun to change gears this afternoon and photograph one of the final rehearsals for a kids' play at Zach Theatre's small, north Austin satellite mini-theater.
The "auditorium" is more like a regular class room and the stage set was spare but the actors are two veteran professionals with credits from Zach's main stage productions and other top companies in Austin.

I spent a lot of time in the last few days with a Panasonic GH5 or GH5S in my hands. I did a few portrait shoots earlier in the week with the Nikon D800e so it was a nice change of pace for me to grab a Nikon D700 body and shoot a thousand and seventy seven frames in the service of some fun art.

I'd gotten a "heads-up" from the program director just yesterday that the space didn't have any theatrical lighting; in fact, it had only the mis-matched ceiling fluorescents that seem to come as standard equipment in older shopping centers and well used classrooms. I brought along four of the Aputure LightStorm LS-1 lights and bounced them off the ceiling at strategic points in the room. I wasn't looking for anything fancier than a nice wash of better light than that which I'd get from five or six different varieties of fluorescent tubes mixed together.....

Once I got the space lit up I made a custom white balance using a Lastolite gray/white target and then actually used a handheld incident light meter to get an accurate reading of the light throughout the shooting area. I tried to space the LED panels, bouncing off the ceiling, so that no area was different in exposure than one half stop. If I could keep it in that area it would make post processing a breeze. I think I did a good job of achieving that goal as few of the images I finally selected needed any post processing compensation.

There was one additional wrinkle to today's shoot and that was a last minute request to also record the whole production (half an hour?) concurrently on a wide, stationary video camera. So after nailing down all the parameters needed for the still photography I got to work rigging up a Panasonic GH5S, the ever present Olympus 12-100mm f4.0 Pro lens, and several cardioid microphones (placed as close to the "stage" as possible without being in the frame...). My exposure for video clocked in at ISO 1,000, f5.6 (needed the depth of field) at 1/60th of a second. The audio will be a compromise as the air conditioning was noisy and turning it off was non-negotiable. That, and the fact that I was banging away with a photography camera that has a ...... profound shutter acoustic profile (to say the least). But I have a suspicion that the video is intended for b-roll with narration and music supplied.

The shoot was fun, primitive and low key, by comparison to all other  recent projects. But how nice it was not to have a pressing deadline, nervous clients and a committee to answer to.

Kind of reminds me that sometimes we do this photography thing because it can be fun. Novel that. A nice capper for the week. 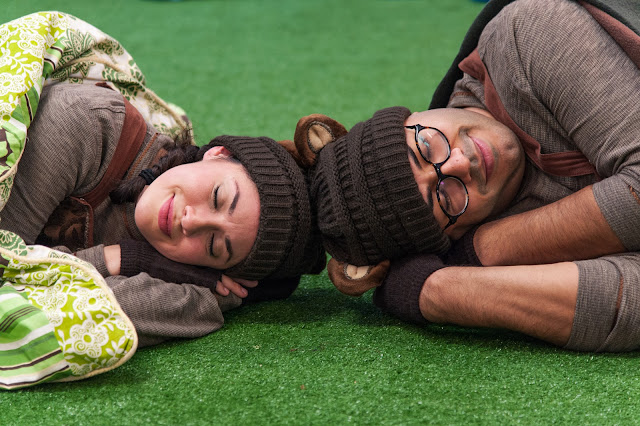 I'm thinking the images look pretty good for 1,600 ISO on an ancient camera.


Posted by Kirk, Photographer/Writer at 18:01 8 comments: