An "after action" report on the now ancient Pentax K1. 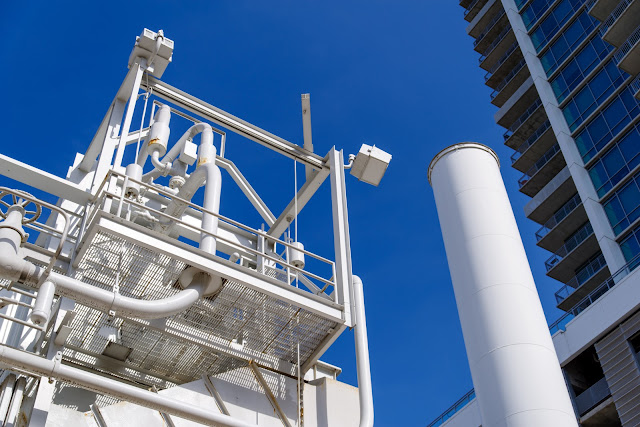 Photo not exactly related to this post except that it was done with the Pentax K1...

Where to start? I'll do the short history first. I've owned one other Pentax digital camera; the K-01 concept camera, which made great files but was a bear to use and didn't have an EVF or the facility to add one. I have owned and shot extensively with both of the Pentax medium format film systems; the 645 and the 6x7. I bought the Pentax K1, used, on a whim and I quickly found myself loving its potential to crank out beautiful files at the drop of a hat.

The camera is a 36 megapixel, full frame, DSLR in the traditional fashion. It has a big, bright optical viewfinder and tons of physical buttons with which to change commonly used stuff like focusing modes, ISO, AF areas, color profiles and much more. It's a camera that attempts to allay the anxieties of people who hate jumping in and out of perplexing and poorly designed menus. It is also big and heavy. Really heavy. The reason I bought it was that I liked the idea of it. My motivation was as simple as that. Oh, and the fact that it features in-body image stabilization and a host of other interesting and eccentric features!

I'm no stranger to cameras like this one, having been immersed in the Nikon full frame D800, D800e and D810 cameras, which I am told, share the same underlying sensor. But what I didn't think about when I tossed down the plastic for this adventure was that the K1 was the first full frame (35mm style) camera Pentax made since the film days and while the Pentax inventory of lenses is ample for APS-C cameras it's downright sparse for larger sensor cameras.  I looked everywhere for lenses and finally settled on the new-ish 28-105mm FA HD lens. (The FA indicates full frame while the HD indicates "designed for digital sensors..."). I supplemented the zoom (which is a variable aperture, f3.5-5.6) with a fast AF SMC 50mm f1.4 (which I like a lot) and also an older, manual focusing 50mm f1.4. I've yet to discern if one 50mm is sharper than the other but I'm not really so much of a "pixel peeper" to care mightily...

I think I'd like a fast, prime lens in the 85-105 range but I haven't found the right one yet at the right price. Many well meaning Pentaxers have pointed me toward the 77mm lens but I've read the test charts and on a full frame digital body the corners and edges just flat out suck. I'm thinking of getting a Rokinon 85mm f1.4 but I'm not sure I really want to keep sinking money into the system the way I have with the Fuji stuff. I'm worried with this particular brand that I'm buying into a system this time that will be cruelly orphaned in a year or so....

If I had more money than good sense (and that statement in and of itself speaks volumes...) I'd just pick up a second body (cameras, like rattlesnakes, want to travel in pairs) and pull the trigger on the 70-200mm f2.8 lens that Pentax makes for the system and then just rest my wallet for a while.

But, at any rate, that brings you up to speed about the "what" and "why" so let's jump into my contemporaneous experiences with the new-to-me mini-system.

I've been shooting the K-1 around town and, frankly, I've been enjoying it, with the exception of the need to constantly "chimp" to make sure that what you thought you were shooting really ended up in the files in pretty much the same form as you conceptualized it. The weight of the camera doesn't bother me, and I've marched around town with it even on the hottest days this August (we are currently having a heat wave and a moderate drought in central Texas).

The shutter is well damped and not too noisy and the mirror slap (at least physically) is all but absent. While the 28-105mm lens has turned out to be sharp, contrasty and well mannered; even when used wide open, I find myself gravitating to the 50mm f1.4 AF nearly all the time. After days of familiarizing myself with the operation of the camera, and after having watched Tony Northrup's tutorial about the features of the camera, I felt confident enough to start bringing the K-1 along on photo shoots (which I still do--photoshoots for clients that is, thank you very much!) and shooting it in and around the Fuji cameras and lenses (which I seem to be using as "lifeguard" cameras). On Friday night I took it with me to photograph a panel discussion at Zach Theatre, which took place after the performance of "ANN." I started by taking long shots of the panel of politicians and the actor with the Fuji X-T3 and the 50-140mm f2.8 but almost immediately recognized that getting closer and wider would be more impactful.

Since it was a panel discussion and not a play the shutter noise was inconsequential. I mostly used the 28-105mm and ISOs as high as 3200 and was rewarded by sharp and nearly noise-free images. I also used the Fuji X-Pro2 and the 35mm f1.4 and was equally happy with those shots. The Fuji was much more discrete but it's hard to hide the fact that you're there photographing in earnest from the people around you when you have one camera hanging on the right shoulder, a camera with a long zoom on the left shoulder, and a big, honkin' Pentax hanging around the neck, resting on one's chest.

When I looked at the files I quickly discerned that the Pentax Jpeg files (regardless of chosen profiles?) are much punchier and contrastier than the more "mannered" Fuji files. I ducked into the parameters menu and came up with the following formula for shooting well behaved Jpegs with the Pentax camera: color profile = natural. Saturation = minus 3 (out of five negative steps). Contrast = minus 2 and sharpness = minus 1. When the camera is set up this way the images look more like real life and less like a 2007 HDR fan's technicolor yawns.

Yesterday I took the Pentax, the 28-105mm and the 50mm f1.4 (AF) with me to a graduation ceremony at an Episcopalean seminary in central Austin. I photographed the matriculation ceremony, the installation of new faculty, the (very nice) reception afterwards, and also five portraits of new faculty members outside in the oppressive and brutal afternoon heat. To be clear, all the events except the portraits took place indoors; the marketing director was trying to match a look we did outdoors with previous faculty but the photographs of the first group were done in early Spring when the weather was...better.

The Pentax and the 28-105 did a fine job on the outdoor portraits even though the highest flash sync of that camera is 1/200. The slower sync speed was offset by having ISO 100 as the lowest marked ISO for this camera. The flash came from a Godox flash unit in a 32 by 32 inch soft box and ambient light provided the fill light and balanced, tree-filled background.

Where the Pentax actually delighted me was in photographing the reception. It was "flash on camera" with the flash pointed at the white ceiling and the the camera and flash set manually. The OVF made taking interior flash images fun again and since the light was consistent and the exposure was consistent the only heavy lifting the camera was doing was focusing;. I was using the 50mm lens and setting it at apertures like 2.8. The camera focused quickly and with no errors (it's incumbent on you, the user, to wait until the AF box turns green before mashing the shutter button) and no missed focus.

Most of the files I shot across the two systems were fine right out of camera and only a few needed to be "spruced up" with a judicious application of shadow slider. For the record, no one asked about either camera. No one seemed to notice the cameras at all. No one cared. And that's how it should be.

This morning I needed to make a series of portraits of a new hire at one of the non-profits I do work for. I got all courageous and took only the Pentax and the zoom with me. The only plausible back up at all for this shoot was the new iPhone I had in the car. I shot around 400 photos with the Pentax the night before but the battery indicator still shows at least 2/3rds power. Ever vigilant I tossed my one extra battery into the bag. I needn't have bothered.

Our portrait session was outside at 10 am, well before the blast furnace wind was fully wound up and engaged. It was a pleasant 89 degrees and muggy when we started. I used the same flash system I used the day before. It worked well.

I must admit that the sensor in the Pentax camera is pretty darned good. Nicely detailed raw files, and the system, given the way I use it, nails focus well. This, of course, got me thinking about all the possibilities in the market today. The combination of a full frame sensor, the built-in image stabilization and the robust build of the body caused me to start thinking about a "step up" from this which, to my mind, is the Panasonic S1. I think I'll borrow one and test it out. It adds everything I liked about the Pentax but the cherry on the sundae is that the S1 also has a state-of-the-art EVF.

Could it be the ultimate, ultimate camera? Let's find out.

But wait. Back to the Pentax. What's my assessment? Well, if you can find a "like new" body for around $900, and you like hunting for lenses, you will have just bought yourself one of the best image generators on the market, extant. Yeah, the mirrorless stuff does away with a lot of chimping. And some of the newer cameras shoot faster frame rates. And the video is no where near competitive. But if your goal is to make beautiful, quiet, slow photographs you won't find a camera that's much better in the real world. And certainly not for that kind of price!

I'm taking the week off from commercial work to learn how to relax, to swim more, to futz around with estate attorneys, and to enjoy life. Blogging is included in the program. Please come back and read more.