I met a tiger on stage yesterday. Thank goodness she wasn't hunting photographers at the time. 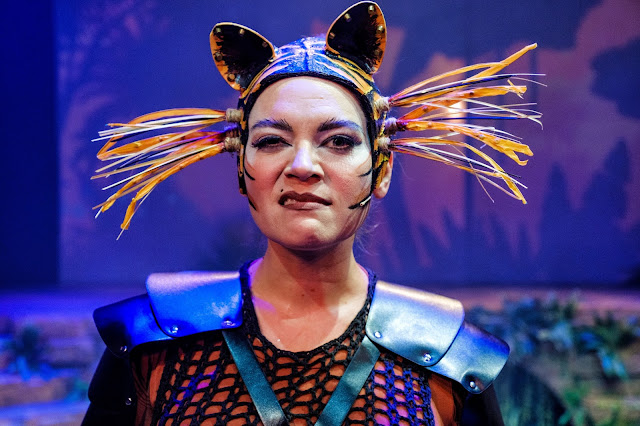 I don't know if it's me or if it's the people picking productions at Zach Theatre (I suspect that I really only like fun, happy uplifting plays and get quickly bored with bitter sweet or message-y dramas) but lately I've really enjoyed watching, photographing and doing video of the kid's plays much more so than the "grown up" fare. The kids are just so darn good at acting and dancing and having fun. And, by extension, infecting their audiences with a sense of joy and good energy.

That's exactly what I experienced yet again at the dress rehearsal of JUNGALBOOK at Zach yesterday. I went to the early swim workout so I wouldn't have to rush to make it in time for the 11 a.m. start of the dress rehearsal. I was packing three cameras and three lenses and I'd read the script this time, trying to script engineer how the play would unfold in front of me.

The lighting was contrasty and peppered with deep pools of shadow that switched almost at will to spots of bleachy brightness. It kept me guessing and had my fingers glued to the aperture ring so I could constantly make on-the-fly adjustments as actors moved through the space or lights dimmed or brightened.

My favorite lens and camera combo of the day (the camera won by default since it hosted the favorite lens) was the Fuji X-T3 coupled to the 56mm f1.2 APD lens. I tried to use it mostly at f2.5 but occasionally I weakened and gave into the lure of f4.0 with its promise of safety in the form of more depth of field.

I kept the shutter speeds up around 1/125th and above to mitigate potential camera shake and, with this camera and lens combo, I was shooting around ISO 640-1250.

When I got home and looked at the images I was very happy. Happier still that the play was so good and so immersive. Amber Quick is one of a small cast of adults in the play and she matched the kids for sense of humor, energy and sheer acting chops.

Okay, the kid's play restored my interest, passion and delight in live theater. The adults are now on notice. 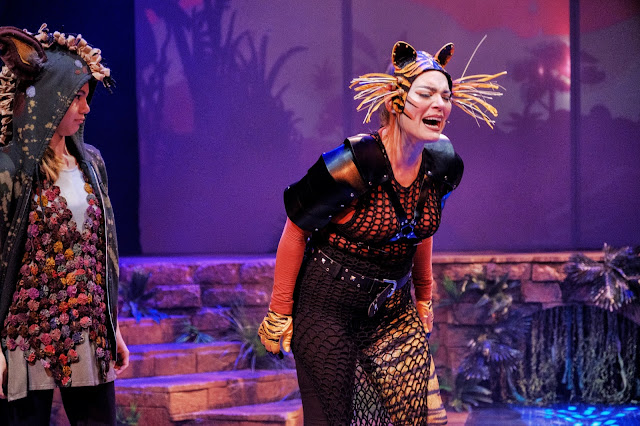 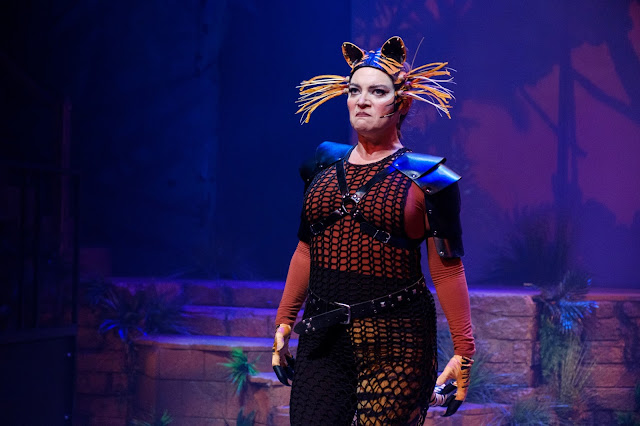 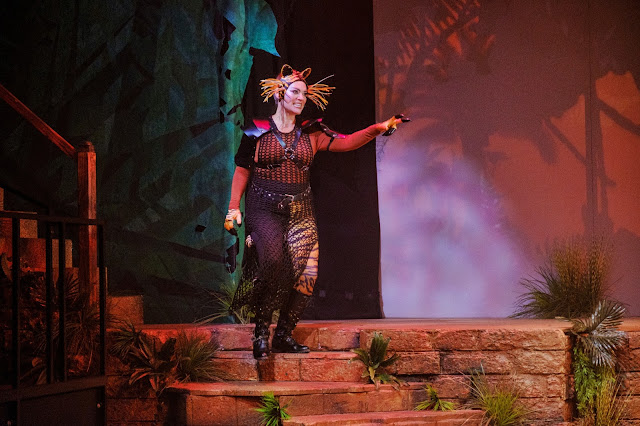 Posted by Kirk Tuck, Photographer/Writer at 17:33

Hey, Kirk. Always enjoy your photos and commentary. You mention using your XT-3, which I also have and share your opinion of regarding ergonomics. But it has been an excellent video camera for me, and I also enjoy it immensely with my adapted vintage Takumars. So, out of curiosity I purchased a Smallrig L-bracket and found it to add a great deal of ergonomic comfort and depth to the grip, including a little extra height to allow a pinky finger hold. I've been using the Smallrig cage for video work and it works perfectly, and shares a larger grip as well. I've also taken advantage of the Arca mount on the bottom of both the cage and l-bracket. Just curious if you've considered it yourself.

Thanks. The Zach Kids are talented beyond belief. Everything they do is fantastic!!!

Ronman, I used the X-T3 as my "A" camera on a recent video shoot because the audio is so clean. Everything else is great too. But the X-H1s looked at least as good and the three batteries made life on the production a breeze.

I have used the Smallrig stuff across a couple of systems and it's all good. I have a small, Fuji hand grip on mine now which also has an Arca Swiss plate on the bottom. It's great. Makes the camera the perfect size.

These Sherakhan photos have been carved into my eyes.
Those kids are amazing! And Amber Quick has an amazing expressive face!
Thanks heaps for sharing these.