Getting to black and white. From a raw file out of the Pentax K-1. 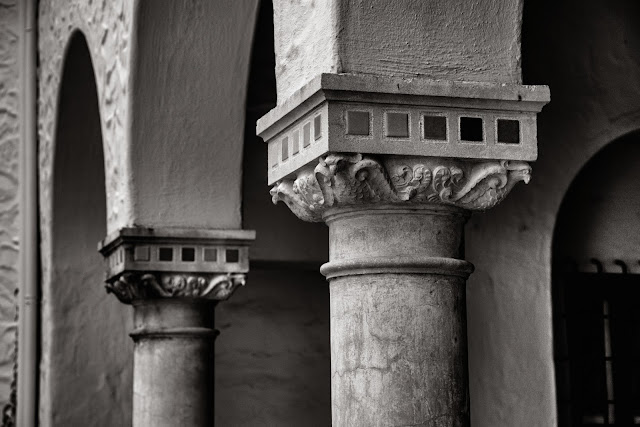 My formative photography years were spent learning to shoot, develop and print black and white images. Color was too expensive, too complex to do on my own. I still spend time trying to make conversions from color digital raw files to monochrome to see if I can get close to the feel of the images we used to make on some of the premium papers (loved graded Ilfobrom paper) back in the days of the wet darkroom.

These two images are the same file but imagined in two different ways. I like the black and white better.  But I think a propensity for liking one or the other is generational. And even within my generation there were those who were confirmed Kodachrome (color slide) shooters and the contingent of black and white shooters so there's also a divide there.

Curious how it breaks down amongst VSL readers. Anybody want to chime in? Which do you prefer and why? 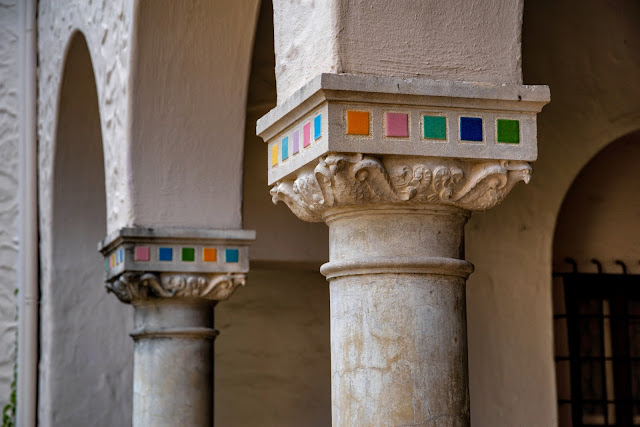 Posted by Kirk, Photographer/Writer at 13:00 31 comments:

The more "colorful" side of downtown San Antonio. Assisted by the original Pentax K-1 and the HD 28-105mm zoom lens. 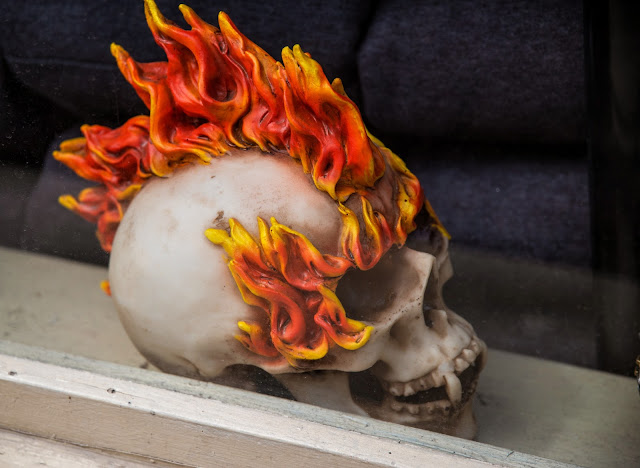 Who doesn't want a flaming scull to decorate their home with?

I've traveled a fair bit over the years and seen lots of amazing places, mostly with a camera over one shoulder. I've been in and out of Paris and Rome at least a dozen times each. Lived in Turkey for two years. Did a two week long project in St. Petersburg, Russia in the dead of winter back in 1995. Back packed through "classic" Europe for months and months back in the 1970's; slept in tents and hostels, cooked eggs nearly every day with a small frying pan that hung off my pack and a little Blue Gas burner. But over the last few years travel has become more crowded, more frenetic, more....mundane. I traveled 22 times out of Texas on business last year. Not much of the actual travel was fun...

That's what I love about having San Antonio close at hand. If I feel the need for a break from the  "exhausting excitement" of being in Austin, Texas I can hop in my car and more or less reliably be in San Antonio in about an hour and fifteen minutes.

What I love about San Antonio is that it has not (yet) been destroyed by a steely-eyed core of highly entitled groups hell bent on making it into the next Yuppie Paradise. There are many more working people and solid, middle class families than there are denizens of fortified enclaves of flashy wealth. Which means that the downtown area hasn't been made over as a hipster vacation spot, replete with avocado toast and an Aston Martin (or two) on every block. Which further means that the city has retained some authenticity and some of its historic vibe. Which means more street festivals, more diversity in public, less expensive attractions and dining and, a more welcoming disposition.

Sure, you can find expensive hotel rooms and pricey restaurants in The River City but you'll have to try a bit harder than you would in Austin. San Antonio depends on a different kind of tourism. Instead of executives flying in from some place chic to sit in posh hotels and plan the next disruption in their industry, or the pampered children of the upper middle class flying in from around the country for a three day ($$$$) concert in the park you get many less affluent people who drive in to San Antonio from towns and cities across Texas to see the Alamo, buy giant margaritas and take selfies in front of the giant dinosaur at Ripley's Believe-it-or-not. For the most part these tourists are: not big spenders, not obnoxious, not destroying as much nature (flying = massive carbon footprint) and, seemingly, more likely to be having fun. Not a gritted teeth, latest Patagonia outerwear, Let's run a marathon across the glacier and then have a bottle of Cristal at the lobby bar to loudly celebrate sort of fun but just casual, walking around, looking at stuff, eating gorditas and churros, hanging out in Tex-Mex restaurants, listening to mariachis, and buying Bart Simpson piñatas kind of fun.

All of which makes it a great city to visit if you just want to walk around taking photographs with a big, little, or phone camera.

Yesterday I posted images of mostly buildings from my time there last Saturday but I also wanted to show the silly, fun, zany, weird stuff that just seems to crop up when walking from the Alamo to the Mercado and back. All shot with a Pentax K1 and the 28-70mm zoom. No muss, no fuss. And home in time for dinner... 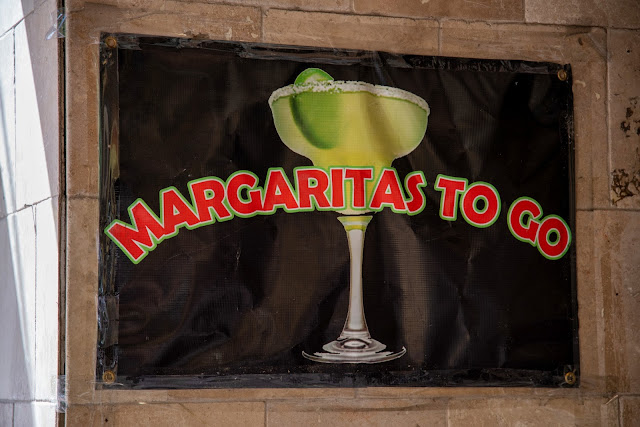 Make up your own caption... 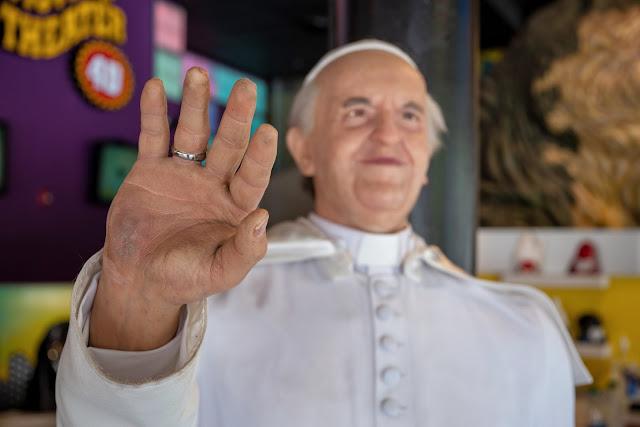 Above and below, the Ripley's Believe it or Not across the street from the  Alamo. 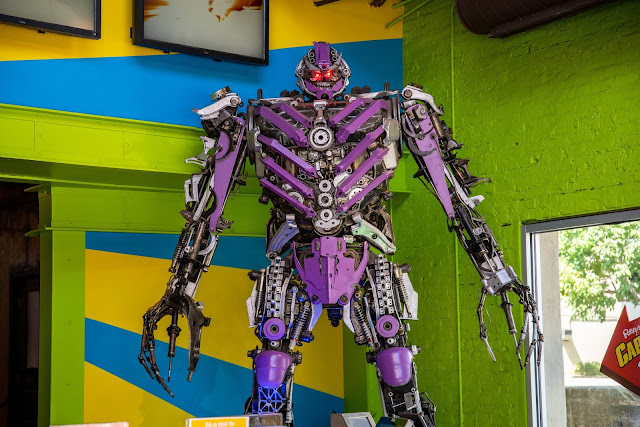 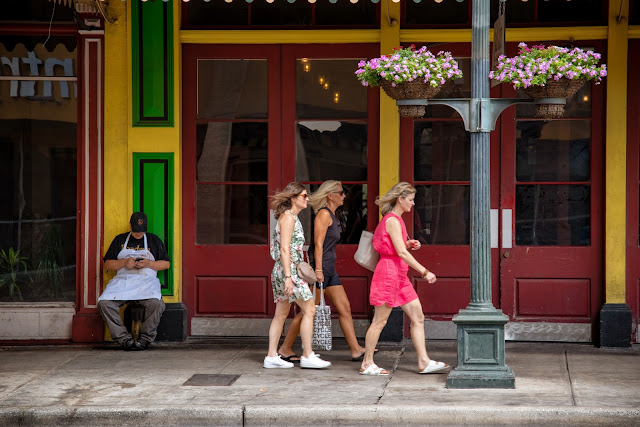 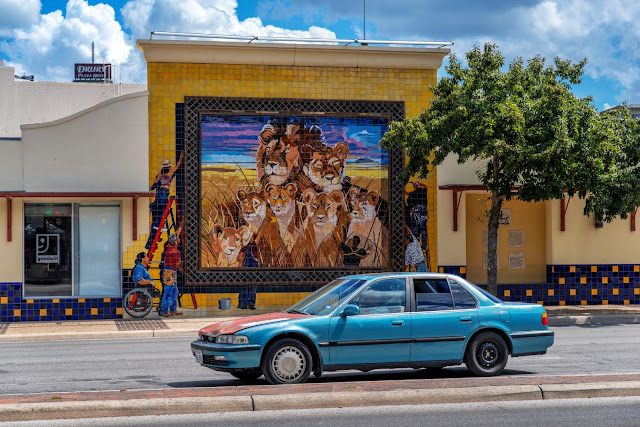 The workers depicted are also part of the mural. The car is the car. 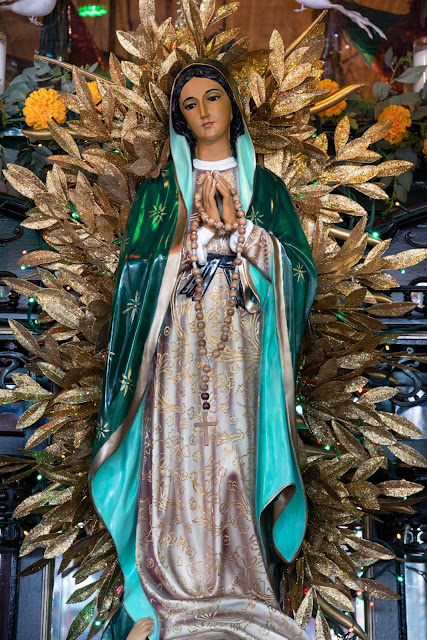 One above and two below: Altars at the entrance to one of the most popular,
24 hour operating Mexican food restaurants in the center of the city.
I should have gone in to look and see if the big altar to singer,
Selena is still there. 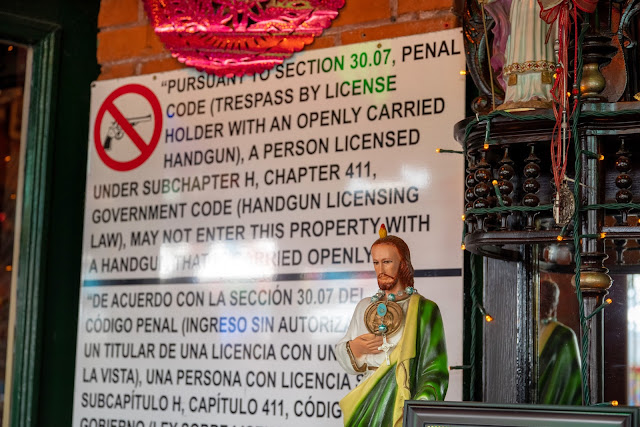 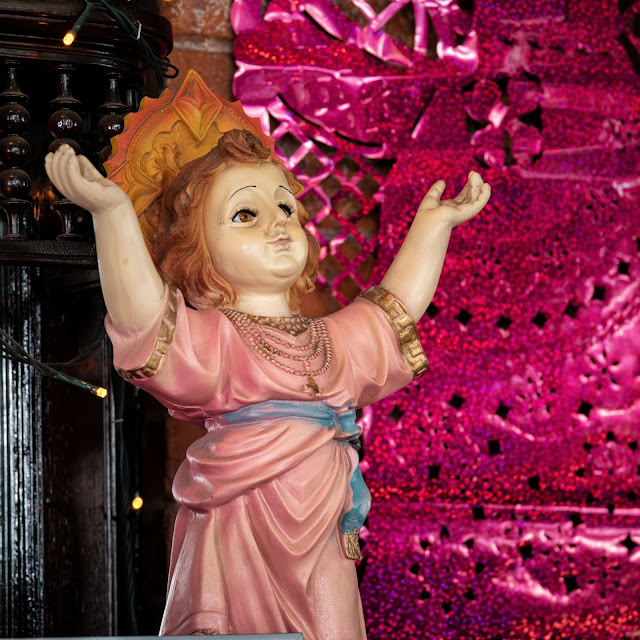 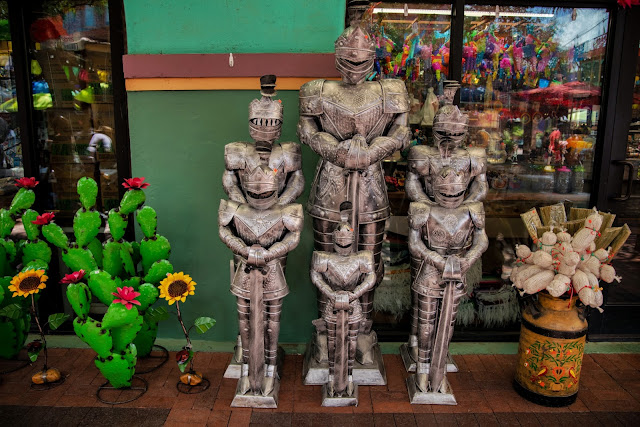 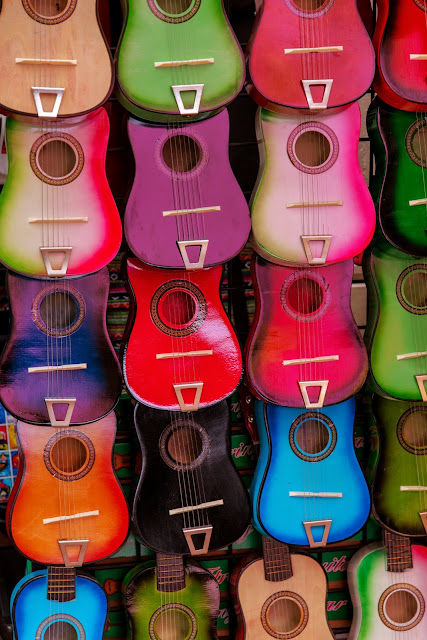 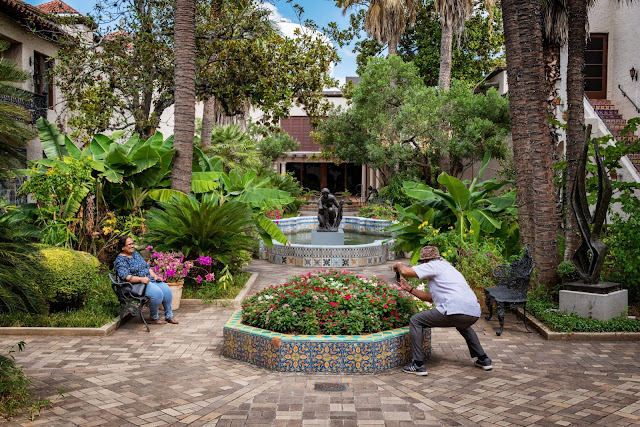 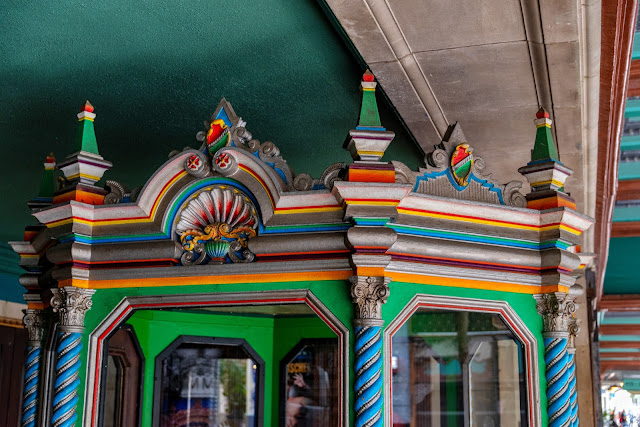 After all these decades I still love taking photographs of the ticket office
at the Majestic Theater on Houston St. 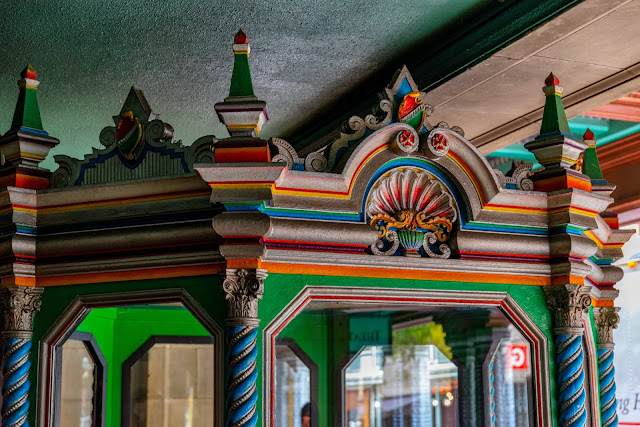 And they've done such a nice job keeping it maintained.
Posted by Kirk, Photographer/Writer at 10:14 2 comments: