I've heard and read so much about iPhones that I thought I'd take mine for a walk. It's good but....... (spoiler: still going need real cameras for the good stuff...). 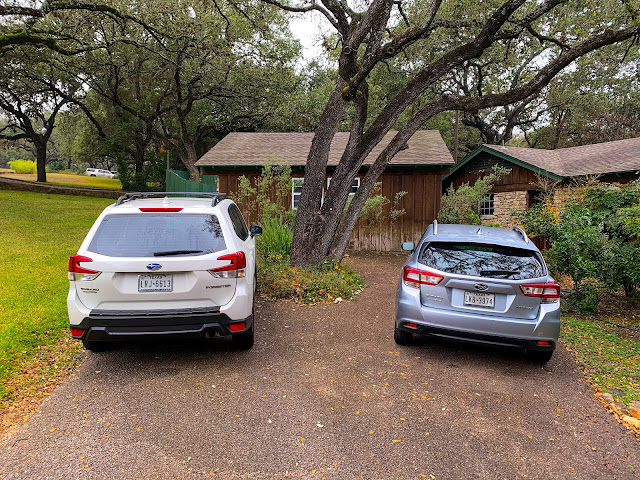 Everybody tells me the Lumix S1R and the 50 S Pro are too heavy to carry around on walks so I took them seriously and decided I'd stroll as the other 95% do and just take along my iPhone. It's an XR and it's supposed to have a great camera and lens. I thought I'd give it a whirl and see if it's really The Astronaut and not the Rocket... (secrets of space travel). To see if I could buy into all the iPhone excitement and use my ever present phone in lieu of a $3700 camera and a $2300 lens.

I started by documenting my departure from the house. As you can see from the driveway, it's all Subaru all the time. Mine is the one on the left. I had to get the bigger one so I can fit in all my photo junk and haul it around. I've had the vehicle for almost a year and have yet to go "off road" or to drive on ice and/or snow. So much for all wheel drive.

I did the usual Sunday walk. I parked on the south side of the river that bisects downtown Austin and walked over the bridge that you've already seen too often in blog posts. I did take some images of familiar buildings and venues so I could make real comparisons. 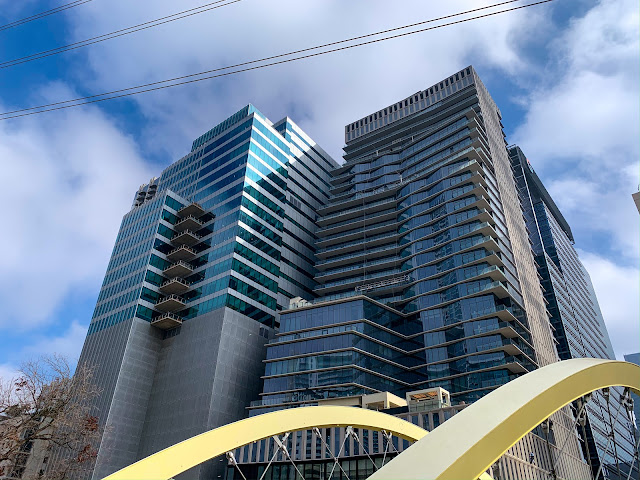 I have to give the phone credit for at least three things I like about shooting with it, speaking technically: I like that it does a very cool, automatic, multiple frame HDR file that just looks nice and "open" without looking stupid. I like that the phone seems to always nail exposure. And I like even better that the color balance seems to be pretty exact no matter what the shooting conditions are.

Culturally, I like that I can stop and take photos of anything and anyone and no one bats an eye or gives me a second look. You could probably photograph in the middle of a nuclear submarine and the authorities would think you just needed something catchy for your Instagram feed.

On a non-photographic note, I did love having the video capability be totally dumbed down and instantly accessible. And it looks good too. I did a slow motion clip of an escalator in a hotel and basically, all I had to do was select "video" and push the button. Nice. 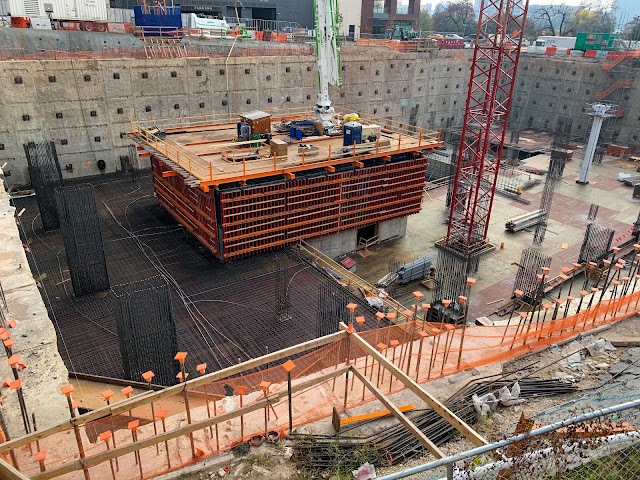 As a camera for documentation and quick snapshots the iPhone XR is perfectly fine. I hate only having the wide angle lens on it and wish I had the same selection of lenses that the newer iPhone 11 Pro boasts but after my afternoon of shooting I'm not ready to believe that I can ditch all the traditional camera gear I own and make myself happy with the results of even the best phone right now. And I'll tell you why: When you blow up the tiny pixels from the tiny sensor the images seem to fall apart pretty quickly. They hold together well enough for Instagram, on a phone screen, but they do get noisy when you push the exposure a little; and that's from frames taken in the best light. I also miss long, fast lenses and the aerobic exercise of carrying them all around 😆 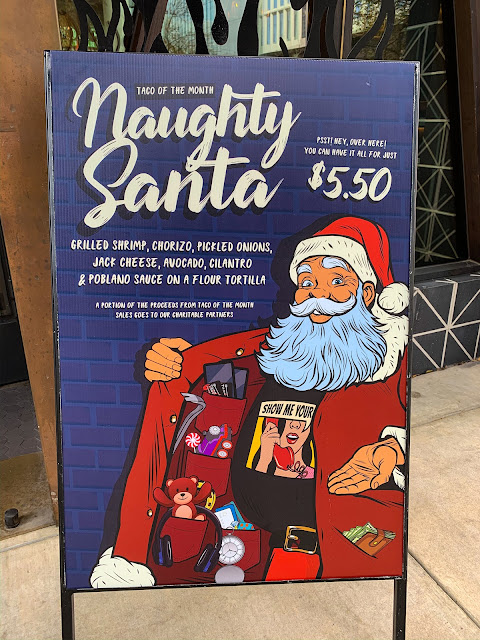 While I was out and around I saw some funny signage. The one just above is probably my favorite. It's an ad for the second best taco chain in town, Torchy's (the best chain taco place is TacoDeli; by a good margin....). But I have to say that Torchy's does a good job with their pleasantly irreverent signage. 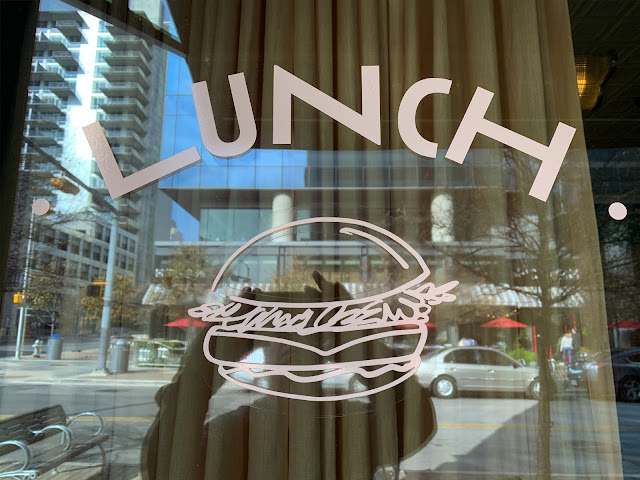 As an aside, I'd always wondered about a restaurant on 2nd St. called, Le Politique. I finally tried it this past week with an old friend who came in from out of town. On a Thursday at lunch time the place was almost empty. The food was good, the service was great, and the atmosphere most congenial for a slow, talky lunch; but the main dining rooms were nearly empty. Made even more obvious because it's such a large space. I also tried their attached Parisian-style bakery on Sunday and their pricy pastries are actually quite good. You forget what you spent on them after the second or third bite.... but really! $5.00 for a chocolate croissant (take out)??? 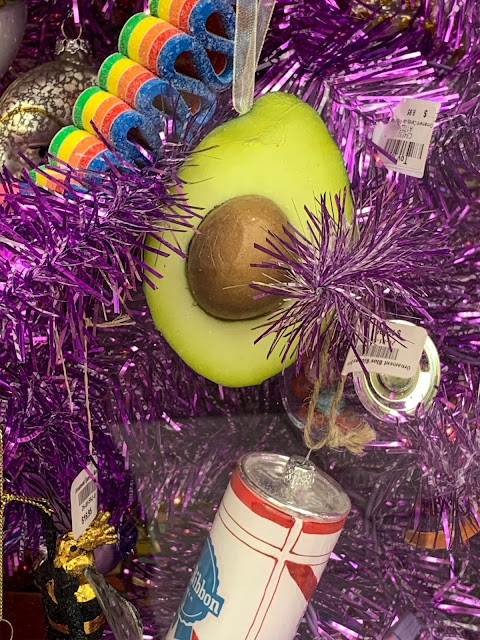 Nice Holiday spirit in the windows at ToyJoy on Second St. I personally love the avocado ornament (above) and wouldn't mind having another set of Rock'Em, Sock'Em Robots. (just below). 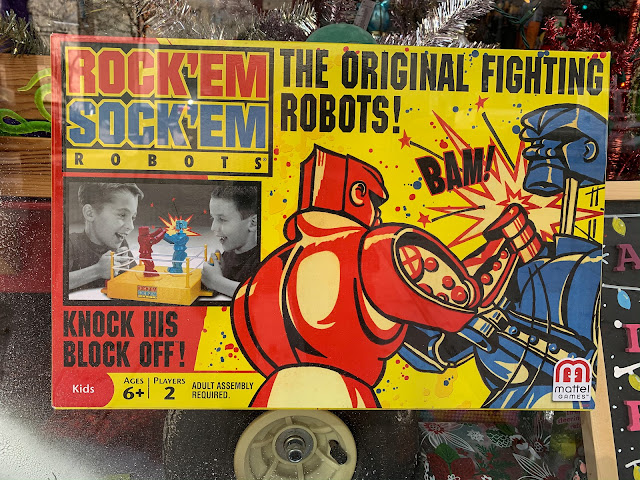 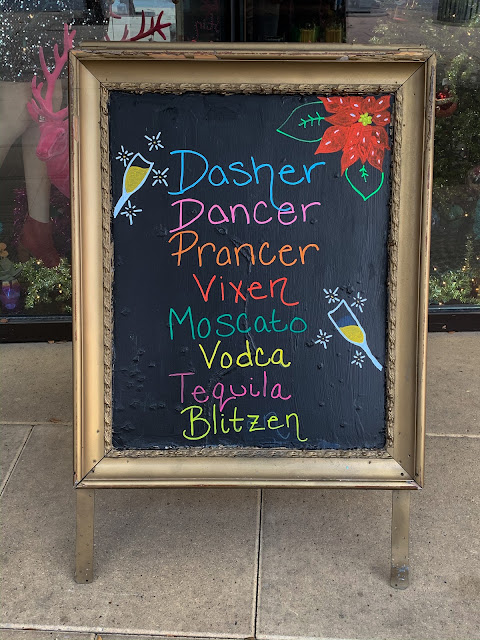 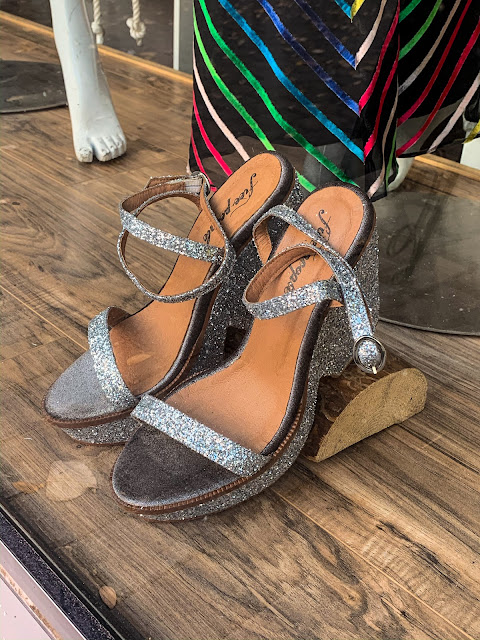 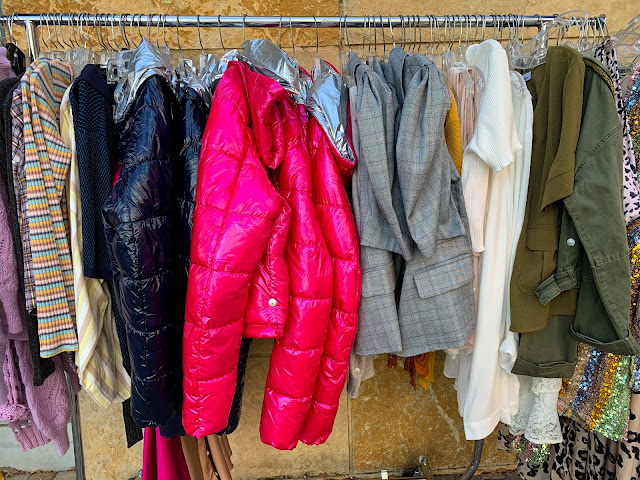 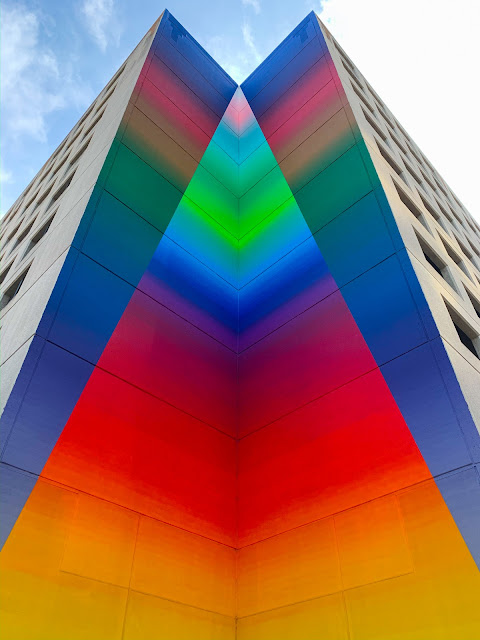 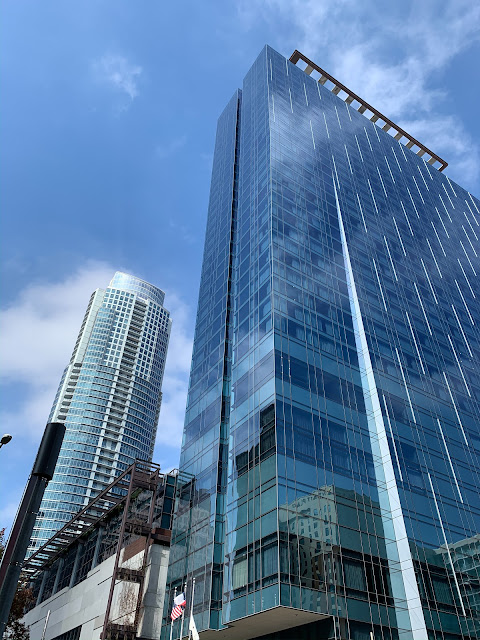 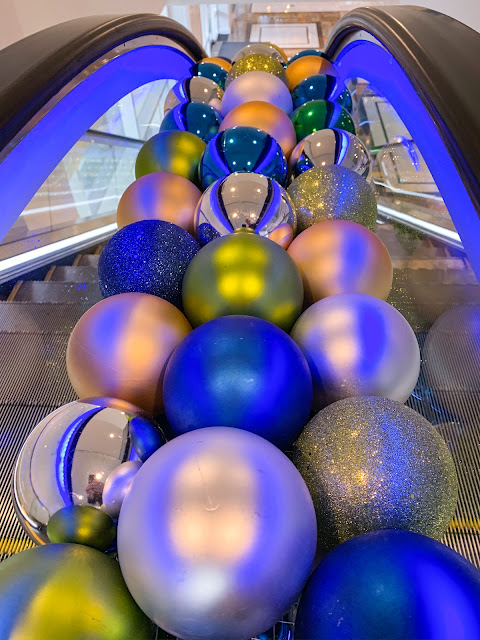 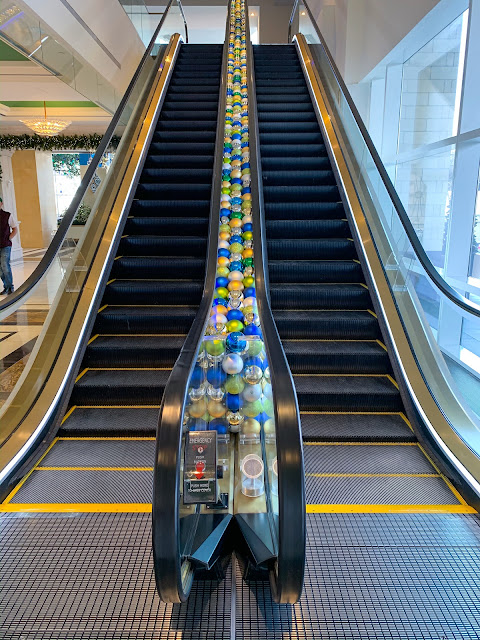 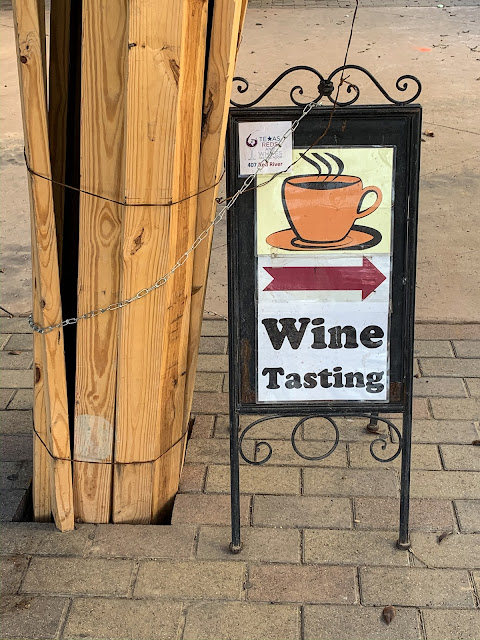 Some seriously mixed up signage.
Which is it? Coffee or Wine?
Or hot wine in a coffee cup? 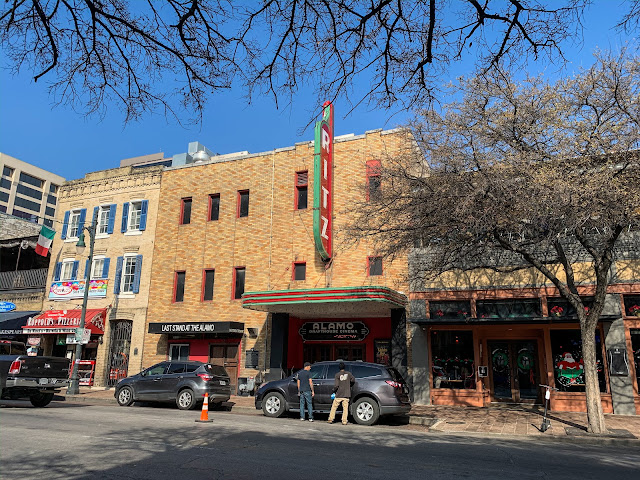 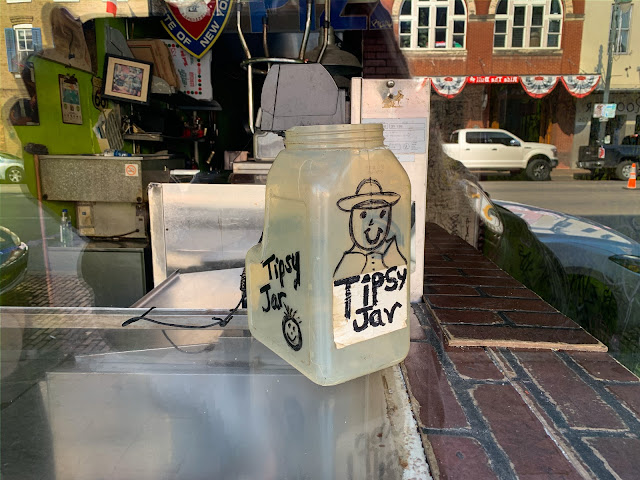 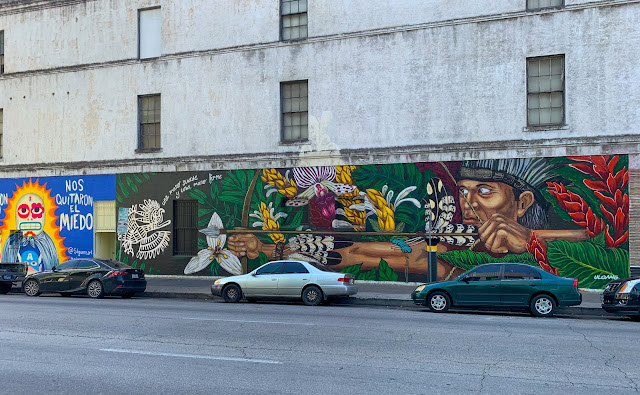 A good thing about wide angle lenses is their ability to get in the whole span of this mural, just off Congress Ave. I appreciated the iPhone for that since I so rarely carry around anything shorter than a 35mm. 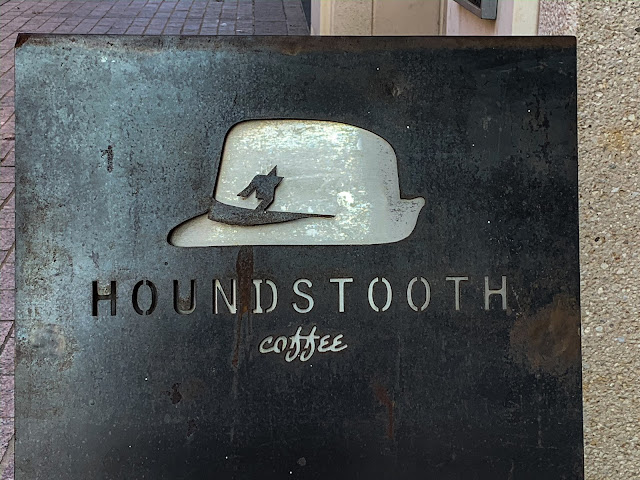 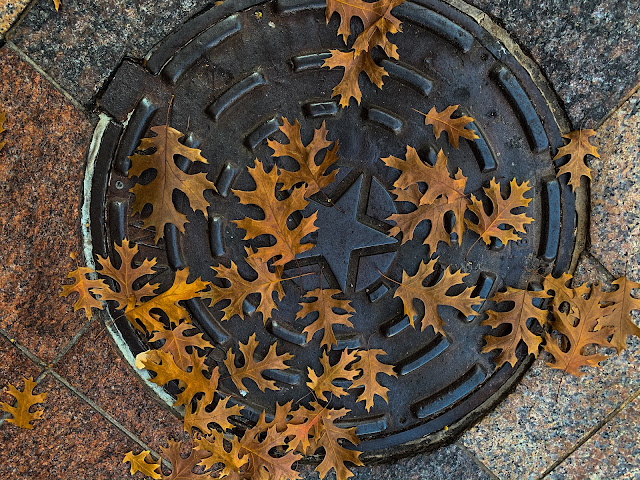 All three days of Fall in Austin. 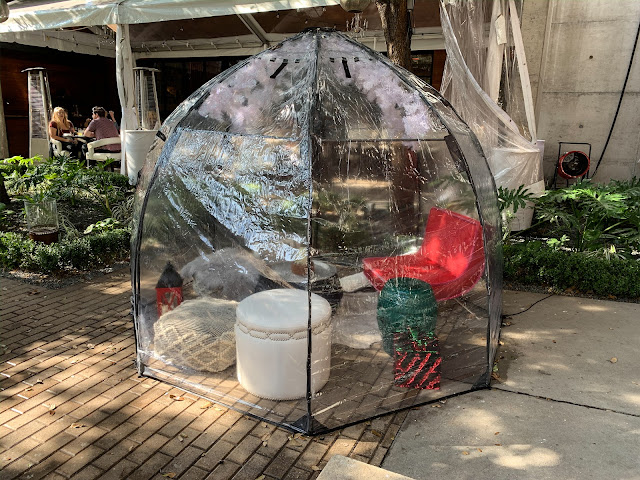 WTF? A culture in conflict. The happy hour patrons want so badly to sit outside at the bars and cafes but are too soft to handle the cooler weather. The W Hotel had three or four of these "bar tent" set ups for their patrons. I am instantly reminded of bird cages or terrariums. For humans
hell bent on being part of the sidewalk society. Sad. Tragic. Funny. 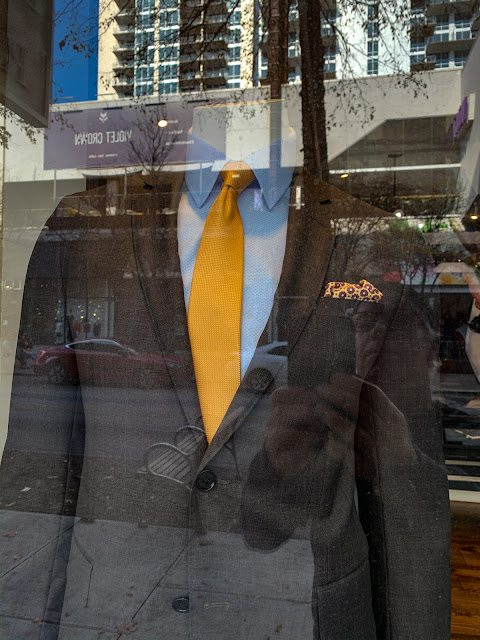 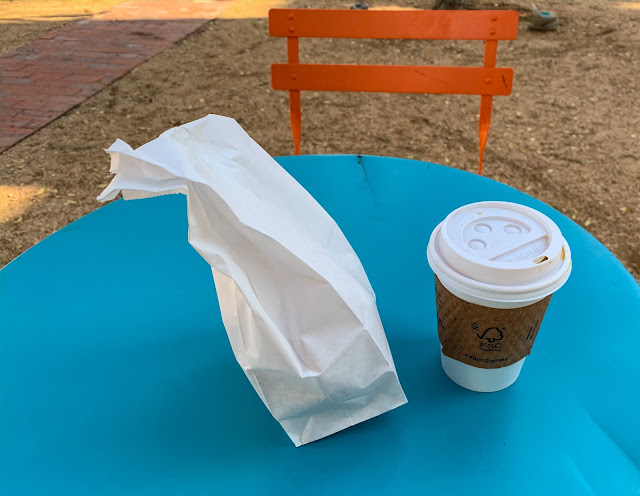 Near the end of my walk I bought an apple pastry from Le Publique, along with a boring and bitter cup of drip coffee and enjoyed half of my mid-afternoon repast in the shadows of the former Seaholm power plant. The other half I poured out....

So, here's the TLBREW (too long but read every word): Phone cameras are nice and easy to use but as soon as you move from viewing the results on another phone or on an iPad you start to notice the weak spots and limitations of the tiny sensors. It's nice to have a "take everywhere" appliance but I think counting on a phone camera as a sole art tool is premature. Keep your camera. Appreciate the added potential. Even if you never exploit it you'll at least know you could have....

Differences of opinion stoically tolerated. Have at it:

Posted by Kirk, Photographer/Writer at 14:55 26 comments: