The Sad And Frustrating Feelings Engendered When a Relatively New Camera Just Stops Working. Looking Forward to See How Panasonic Will Resolve the Failure. 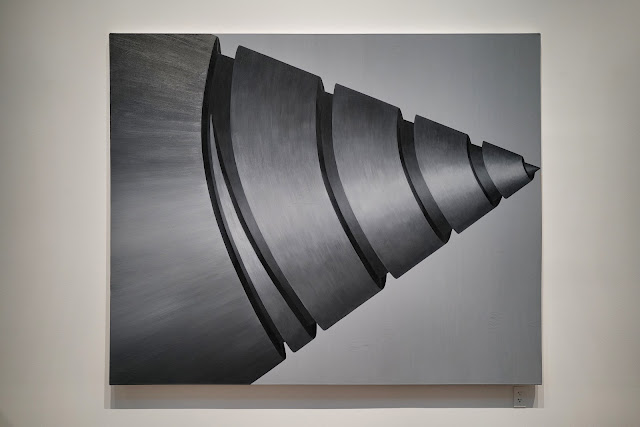 Ouch. Just...ouch! It's been a long time since I've had a digital camera body fail. Maybe all the way back to my Nikon D2x days. It's never a comfortable thing and the resolution; even when the company that makes the product steps up, is time consuming, frustrating  and ultimately erodes the idea of the camera's reliability. Dead cameras suck.

The camera in question is a Panasonic Lumix S1R. I bought it on November 28, 2019 and I've used it sparingly. I bought it as a back-up body for another S1R that I purchased about a month earlier. The camera has never been used in the rain, travels in a Think Tank backpack, has never been on a plane, or even a badly sprung pick-up truck. Of all my Panasonic cameras it's the one with the least mileage on it and since the advertising for the camera touts its robustness and impeccable build quality its untimely surrender of usability just galls me.

So, what happened? I'd set up a portrait session here in my studio with a good friend and had the camera set for a revisitation of my older style of portraiture. I was using it in the 1:1 crop mode and shooting raw files to a tested and almost new CFexpress card. The camera had a fresh battery in it and gave no hints of its impending demise. I was working with the camera on a tripod and lighting the session with LED lights. Room temperature around 68 degrees (f) and just enough humidity in the room to extinguish any static electricity.

I'd shot about 225 frames, reviewed some of them normally, and then stepped away from the camera for a few minutes to adjust lights and chat with my friend. The camera went into sleep mode and when I pushed the shutter button to wake it back up again it stayed dormant. I turned the camera off and turned it back on again. I got the following message: "turn camera off and turn back on again." We tried that a number of times but it was a loop that brought me back to the same message over and over again.

I didn't want to waste my friend's time or truncate the session so I reached into the equipment toolkit and pulled an identical body out of the drawer, put the 85mm lens on that camera and proceeded to finish the shoot (because that's exactly what professionals are supposed to do...).

After the session was over and my friend was off to some other engagement I went through the standard trouble-shooting protocol: I changed batteries. I tried different lenses. I swapped out memory cards. I turned the camera on while holding down various buttons. Nothing would allow me to leave the cycle of: turn on, get message, turn off.

My favorite camera store doesn't close until 7pm on weekdays so I called my trusty sales person and explained the problem. He took down the details and sent a message to the Panasonic technical representative. I'm now waiting for a call back from someone to find out what we do next. My optimistic side wants the resolution to happen like this: I get a secret formula of button presses and reset options from the tech support people. Once we bring the camera back to life we reload the firmware and everything turns out to be just right.

My second choice is that the store, the rep and the company decide to immediately make everything right by shipping me a new camera body overnight while the local store accepts the old one and takes responsibility for getting it back to Panasonic in trade for my new one.

My pessimistic self tells me an uncomfortable saga wherein fingers are pointed everywhere, the camera is sent in for warranty repair but it takes months to come back and then, two weeks later, the same problem resurfaces. I hope I'm absolutely wrong about this imagined option.

In one regard I've been proven correct about the need for professionals to have back-ups for their important gear. Lots of back-ups. That I was able to reach into a nearby drawer and pull out an identical camera model and finish the shoot the way I intended was a good thing and made me feel like a competent business person. I would never really tolerate having to tell a good client that I couldn't continue the job at hand because my "only" camera failed.

But this does break the feeling of trust in the equipment that I've been enjoying. Now I'll be on guard and nervous every time I take one of the S1R cameras out of my camera bag and start to use it. And that's a sad thing because it diminishes the joy of using gear you thought you could rely upon to work, as long as you kept it fed with batteries and safe from abuse.

I'm waiting (im)patiently for a response from someone today. There's still the second S1R and two S1s here in the office. I am not without workable tools. I'm just frustrated and a bit pissed off.

In other notes: We actually got a dusting of snow last night here in Austin. There was snow on the roof of the house and even across the windshield of my car. Studio Dog was delighted because she seems to love the cold (but I made her wear her sweater for her walk just so I'd be warm....) and now she's delighted because the sun is out and there are still spots of snow in the backyard that she can romp through and then track melted snow through the house.

It was 30 degrees (f) when I got to the swimming pool this morning. The air was cold, the water was warm and the sun was brilliant. The sky was clean with those nicely saturated blue hues I always like in photographs.

We did a good, long set and I worked on my freestyle technique with an extra dollop of diligence. I didn't think of my broken camera even once during the workout. I saved that nagging tug of concern for the drive back home.

Camera Death. So sad. I'll let you guys know how it all turns out. This is Panasonic's opportunity to show off their customer service and make a blogger who just celebrated his 26,000,000th page view this week happy....
Posted by Kirk, Photographer/Writer at 11:26 17 comments: