A few misconceptions about the Panasonic S1 system. Just my point of view. 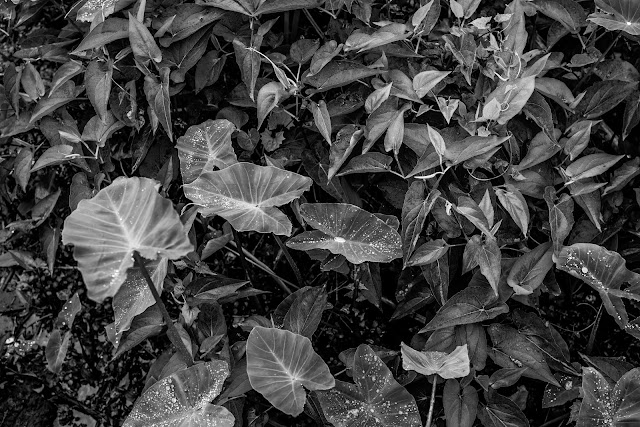 For decades most camera makers have attempted to build lines of cameras that would cover every price range and need parameter in order to garner the most market share and to give buyers a ready upgrade path as their skills and perceived equipment needs changed. At times the range from maker to maker was overly populated. At one point in their film days the number of Nikon SLR variants was out of control. From the EM all the way to the F5. From a super-cheap plastic camera with mostly automatic controls to a real, top-of-the line, professional camera. Lenses too were made in an astounding range of prices and capabilities. You could buy cheap consumer lenses or pricey, no-holds-barred lenses that mostly covered the same focal length ranges and you could spend a little or a lot.

Camera makers each wanted to be the "big tent" and offer stuff that people in every price range could afford. That was the standard business practice at the time and, during the early days of digital, the practice was ratcheted up even more. By 2010 new digital cameras were being introduced in lots of 5 or more models per year; by manufacturer. So it's little wonder that buyers today just assume that a camera maker will give a smiling nod to each income bracket and keep producing a wide range of cameras so that a buyer who like the idea of a system (or their advertising) can find a model they can afford. Or a model they can "move up to."

Recently I've read many articles, and comments on various forae, taking Panasonic to task for two things: (1). Not having enough inexpensive lenses for their S1 (full frame, mirrorless) system and, (2). Not having an entry level or mid-level body that would offer an upgrade path to consumers who are not yet ready to spend the big bucks it takes (relatively speaking) to enter the S1 system as it is right now.

The underlying presumption is that Panasonic, in order to compete in the full frame, mirrorless arena, must inevitably show up with a full complement of models that can satisfy the budgets of both professional users as well as new parents, students, casual users and all the other sub-categories represented by the great cross section of photographers.

But I'm of the opinion that Panasonic is taking a totally different approach to making and marketing their premium line of cameras than they would have in the past. Rather than make something for everyone --- within the S1 system --- they are focusing on providing tools for the higher end of the market: serious users. professionals. advanced artists. video specialist. and people with deep  pockets who want cameras built to a high level.

My conjecture is that Panasonic will continue to market their mirrorless m4:3 cameras to a wider target and will use the smaller format cameras as stepping stone products, the final step up being from very proficient cameras like the G9 and GH5 to the S1 system.

While there's no doubt that Panasonic could reduce the quality of materials and the feature set of their current S1 cameras and offer a $1500 model I have doubts that it would sell well because of the lack of consumer priced lenses. What Panasonic seems to be doing is trying to create a Japanese Luxe camera for the higher end markets, similar to that of Leica, around their S1 products.

And I think it's a smart move. They offer a differentiation in build quality and their basic approach to photography compared to their competitors. Every S1 Pro lens I've bought is pricey but optically spectacular --- and built to handle professional bumps and bangs. While there was a less expensive 24-70mm f2.8 available in the Sigma Art series L-mounts I chose the Panasonic S-Pro lens for its feature set and the performance edge I expected (and received).

My needs might be different from those of a more casual photographer and my budget, given that I make images and video for a living, gives priority to buying the tools I think will best satisfy my profit needs.

While other makers chase a broader market I think Panasonic, with the S1 line, will continue to focus on a smaller niche and provide cameras and lenses that create a brand identity of being the mirrorless professional camera system rather than the system for every use and user. It's a strategy that Leica is using to good effect since buyers of high end gear tend to be much less price sensitive and more insulated from the ebbs and flows of global markets. The shifting global economy is a paradigm shift that has to affect camera makers. People in the middle and lower income stratas will, by necessity, be more cautious about buying in downturns and recessions. That will affect camera makers with the broadest diversification more so that makers who have limited and highly targeted product lines.

Just as we probably won't see a budget, all electronic M camera from Leica at a price of less that $3,000 I think we won't see a raft of lesser spec'd products from Panasonic. If one is waiting for the S1-Z, with a 20 megapixel sensor and a polycarbonate body construction, for under a certain price point, or if they are waiting for the introduction of an APS-C model, I think they will be in for a long and fruitless period of frustrated anticipation.

The one place where Panasonic could help their marketing would be with the introduction of lenses that are slower (apertures) but still made to the same high standards. Not every photographer needs fast lenses to do the work they like. Sigma has shown the way with the 45mm f2.8 lens and it's proven to be quite popular even though it's priced higher than competitive products.

I would welcome the introduction of an 85mm f2.0 or a 135mm f2.8. If the optical quality is as high as that of the initial lenses the new ones would be a good value for photographers like me.

For the time being I'll keep cherry picking lenses from Leica, Panasonic and Sigma's L-mount Art and Contemporary lens lines. While most are bigger than I'd like I'm happy with the quality of imaging and the robust construction I've encountered.

Would I like a "lesser" camera body from Panasonic? Maybe. But if I really want a "beater" to use for day-to-day slamming around I'd probably just buy another used S1 and commit it to the "risk" camera set. Those are the ones I don't need to keep in perfect shape for client work...

Right now that's where my Sigma fp is slotted. It's my "take anywhere" and "leave on the floor of the car" camera. It's been great to have hanging on my shoulder for days like yesterday when I walked through an empty downtown in a gentle but steady rain.

Note: I'm not flexible enough to literally put my foot in my mouth although I am highly capable of doing so while writing. If I tweaked anyone severely with my blog about staying inside then I apologize. We're doing our best to stay close to home. All the city pools are closed now as well as my club pool. There's not much to do right now except polish the cameras and write silly stuff on the blog.

I hope some of it make sense. 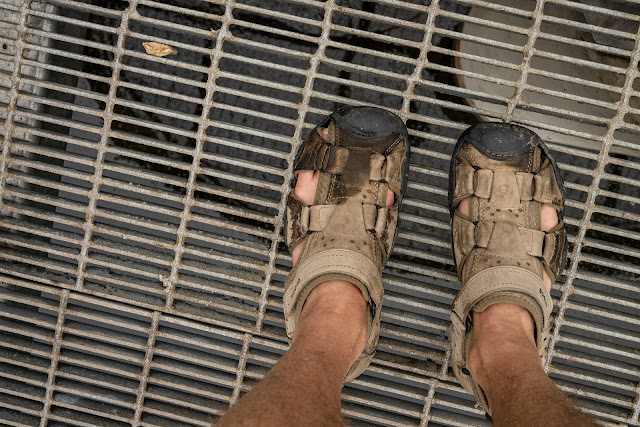 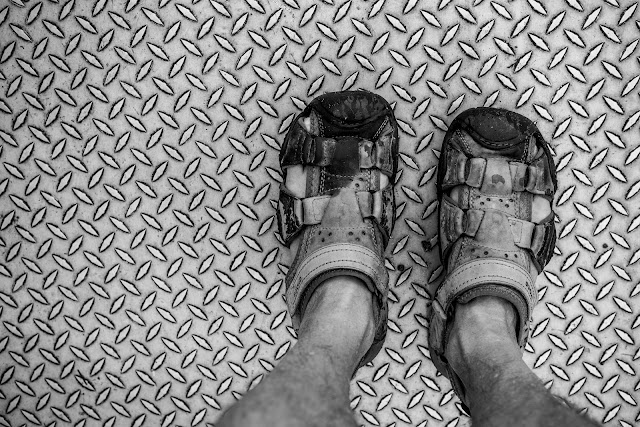 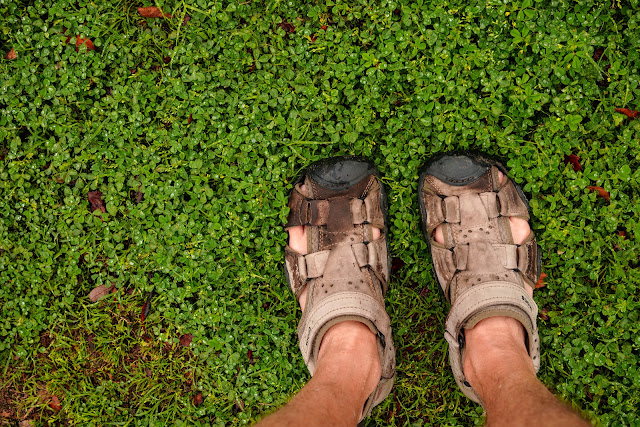 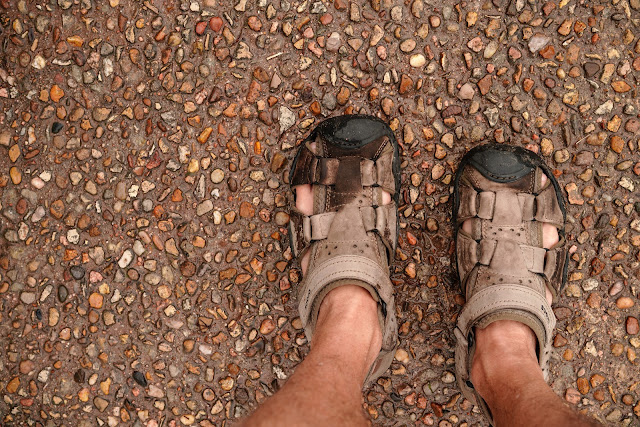 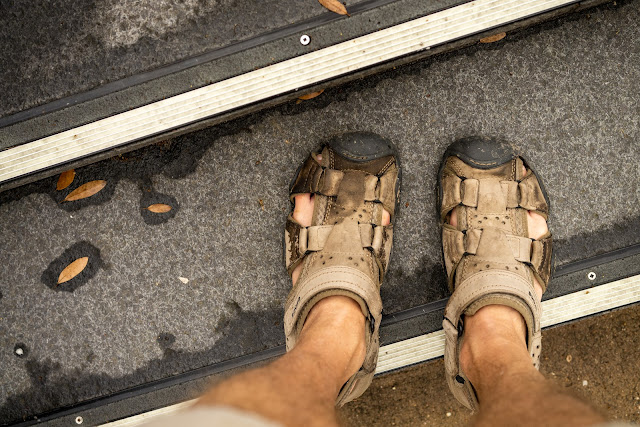 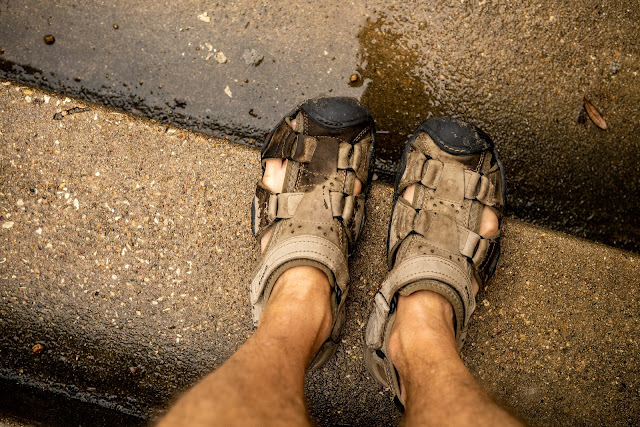 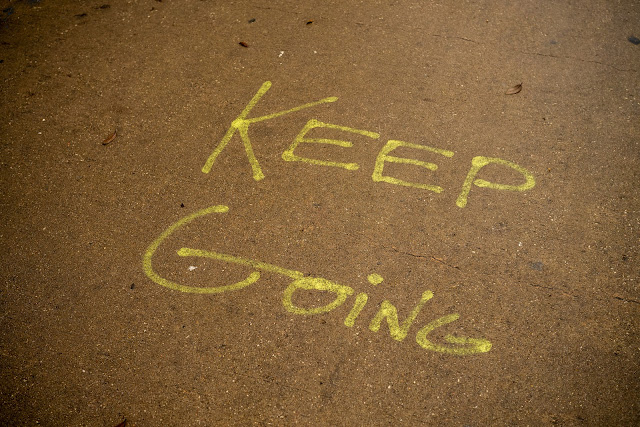