I get all excited about buying new stuff. Then I take the old stuff out for a walk and wonder when it suddenly got so good...

My apologies. This post was supposed to be about me finding out just how good the Sigma 35mm f1.4 Art lens is and how going out and using it on Sunday retarded my passion to run out and get the 40mm Art lens that everyone says is currently the best lens in the universe.... I also wrote a bunch of stuff about using the lens and the S1R body together.

But then, when posting, I accidentally posted over the good copy with an older post that had....no copy.

If I have time this afternoon I'll try to reconstruct. But for now, these were all taken with the 35mm f1.4 and I liked the results very much. Thanks! (the non-infallible) Kirk 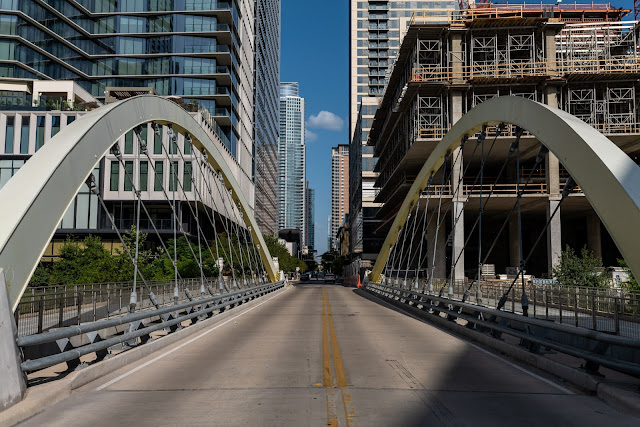 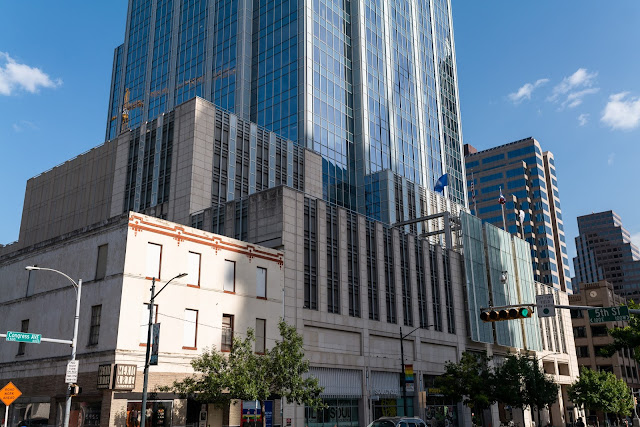 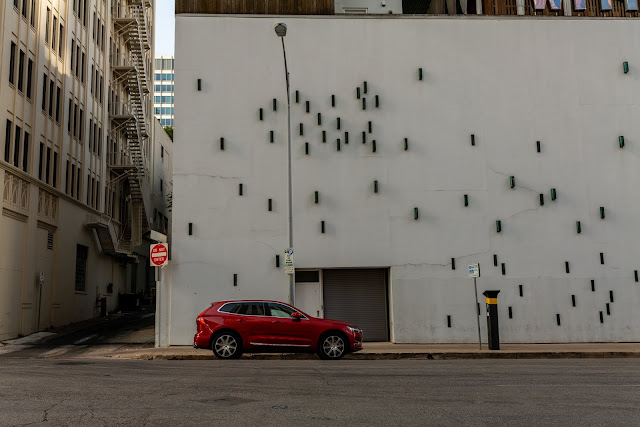 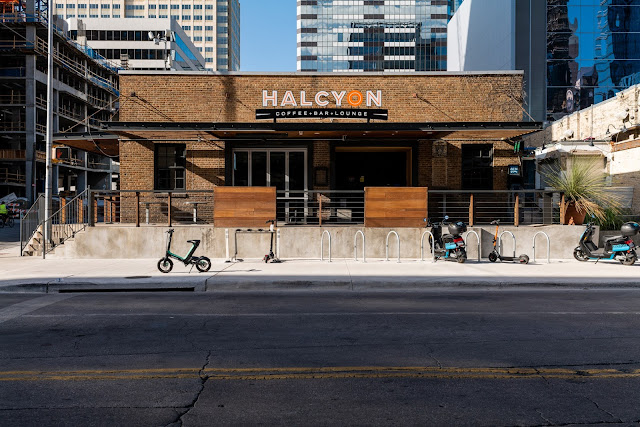 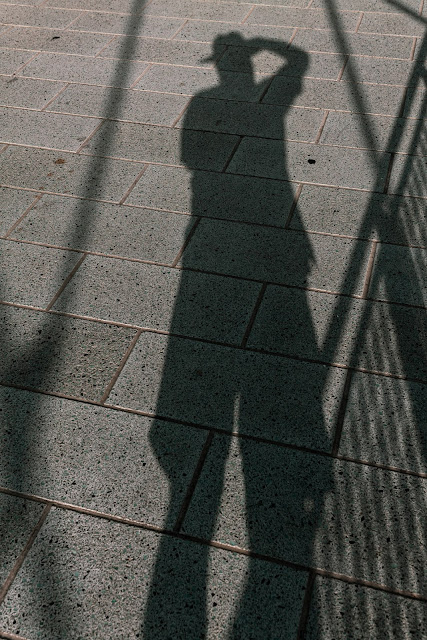 Posted by Kirk, Photographer/Writer at 17:23 5 comments:

Just out surfing in the Sunday (non) traffic. Latest count; city of Austin now has over 1 million residents.

We have no surf to speak of in Austin and we are hours from even the most placid beachfront but I admire those people I come across who just radiate optimism. Heading over to South Congress Ave. to surf? 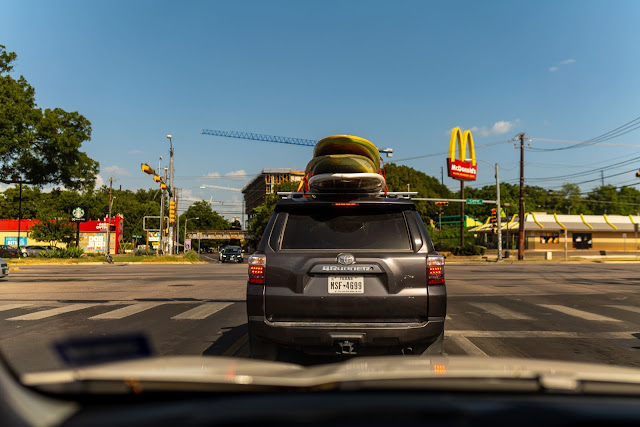 Posted by Kirk, Photographer/Writer at 13:20 5 comments:

OT: Virtual meetings suck. We might need to do business this way right now but the computer app-driven meetings uniformly suck. And the coffee is bad too... 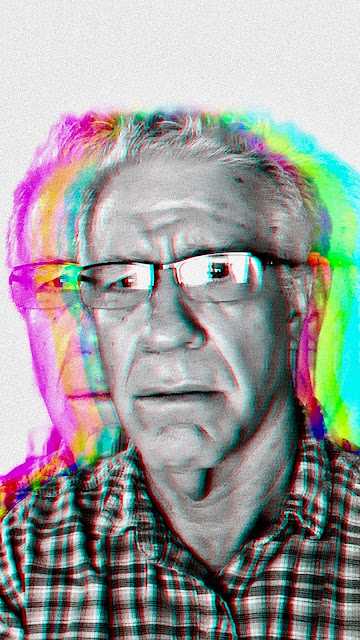 Face of photographer getting ready for video conference,

There we are on a call with our client here in Austin, a couple of his co-workers linking in from NYC and a few more from Seattle. We're talking about an upcoming project that started life as a really simple series of still lifes and proceeds, even now, to grow in scope and complexity by leaps and bounds.

It all starts innocently enough. You've had a phone meeting with an art buyer and you've gotten a shot list and sent along a successful bid. You've nailed down the shooting days on the calendar. You've done this a thousand times and you're going through your own check list to make sure you can deliver everything you said you would. Then you get the e-mail from your direct client asking/inviting/insisting that you need to be on a call with "a handful of people" just to make sure everyone is "on the same page..." but they never are.

You've mastered FaceTime, and Zoom, and a few other virtual meeting software applications but the client tosses you a new one that requires: 1. You download and install an app that demands, almost at gunpoint, that you agree to a Tolstoy-length T.O.S. You are compelled to give over control of your computer's microphone and camera. And they would very much like to use your GPS info to "locate" you. And the company that makes the app is sinister and almost universally disliked...

All that stuff gets tossed into your machine and then, about ten minutes before the "call?" you try out the link your person sent along. Oh Lordy! It goes to a 403 screen and shoves you into a downward spiral of asking you to....download and install the program-again and again. You do this a couple of times before you pick up an actual phone and verify the link. But you get voicemail so you punt to texting. And two minutes before the meeting goes live your person responds, apologizing for sending a damaged link and now providing one that looks nothing like the old one.

Person number three in Seattle can't figure out how to get their microphone to work for a while but it's obvious that this disfunction is not obvious --- to them. Someone finally texts them and, after a minute or two of frenzied activity their audio gets fixed. When they finally come onto the call with full service interactivity you find that they are the modern equivalent of that art director you experienced a while back when shooting for an arduous annual report. There was a model in the A.R. who reflected the "lifestyle" of their product. At the planning meeting some time was spent discussing wardrobe and it was decided that the blue, broadcloth, button down shirt was the best option. But when the shoot got closer you got a request to have available, and to shoot, with a pink shirt, a blue shirt, a white shirt, a striped shirt and...."just for fun" a forest green, polo shirt.  When we multiplied the choices by the number of people in the shots we found that there could be 24,969 possible combinations. And I'm betting the art director would have doggedly tried them all; if not for the timely intervention of a wiser client!

I guess when meetings become virtual and all engagement comes from a screen it seems like a video game and encourages people to ask for the moon.

The call continues and I try to keep track of everyone in tiny windows along the bottom of the screen.

All the people involved in the call are in the marketing and advertising field and yet their screens represent the worst "production values" I have see yet on a multi-player call. One person is sitting with his back to a window effectively silhouetting him entirely. Another person seems to have achieved sharp focus on the bulletin board in the background of her office but is so out of focus that we're not sure where her eyes end and her nostrils start. Or whether she has hair or is wearing a sickly hued yellow bowl, turned upside down, on her head. And yet another person seems to be making his appearance via a 1992 laptop which is currently delivering about 192 pixels (total) of resolution.

Even though we've all received the same briefing package, delivered as a .PDF days ago, we engage in the strange ritual of reading along through the entire document together. With that done the person who originally had audio issues begins the part of the call that every freelance image maker should dread. It starts with...."So, we need three different views of the new router and I see that we've included that on the brief but I'd like to show some of the accessories too. Could we do each angle with and without the charger, with and without the accessory antenna, with and without the packaging it comes in? Would that be okay? I mean, as long as we're there.... And then finally a group shot for each product showing the antenna, the power supply and the packaging altogether?"

Since we're going to be dropping the product out to white and compositing in new screens the bulk of the real work isn't necessarily the extra time spent photographing it's the extra time in post production, that the client doesn't see, that frightens me. But it's also the fact that all the permutations will effectively double the time we've estimated and should, at least, double the budget that's been approved so far.

The art buyer and I talk them off the ledge and explain how much the budget will need to expand and wonder if she will approve it out of her budget. She relents. But she chews her gum more quickly...

By the end of most of these calls I'm confused, bored, frustrated and wracked with new anxiety. Half an hour later I'm ready to call my direct contact and surrender the field entirely. But instead I just demand a complete dictionary of his particular company's incessantly used acronyms and gird myself for the big event.

And each time I hit the button to hang up, whether it's from a chatty social Zoom call with fellow swimmers or an hour long video slugfest with an ad agency, I end up swearing that I'll never participate in a "virtual meeting" again. Ever.

And then I get the e-mail with the iCal icon that asks me/invites me to join in. Seems like one of those horrible new added steps in life. Reminds me of the early days of Power Point.... (shudders at the memory....). 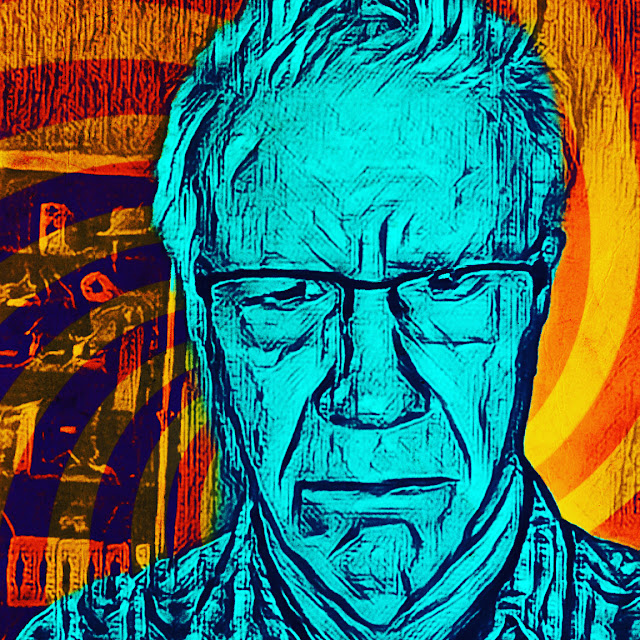 If you've already retired from the workplace I'm sure you'll respond with how great Zoom calls are because now you can keep up with grand kids and old friends. And if that was the only use I'd praise it too. But like most things/inventions pressing them into the flow of business is just painful.

Another way to do meetings....which were already mostly a waste of time.
Posted by Kirk, Photographer/Writer at 06:00 12 comments: