Want to see how my images of Jaston Williams are being used? Click on the link and go see the trailer! 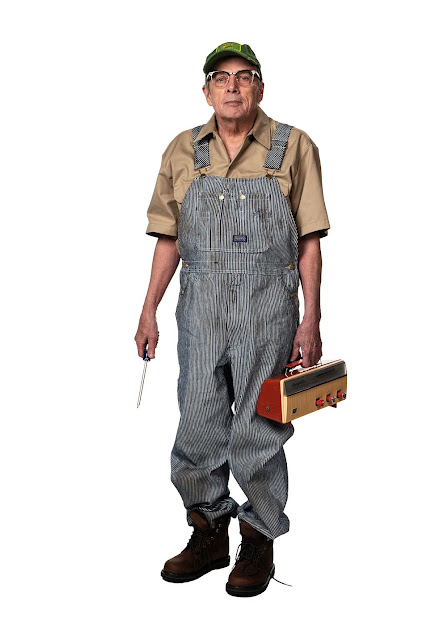 https://vimeo.com/498502786
Last October my good friend, Jaston Williams, sent me a script for his newest theater project. It's called, "I Saw the Lights" and it was hilarious. Jaston (of the "Greater Tuna" and "Tuna Texas" fame) is nationally known and celebrated for writing and acting in plays with multiple, eccentric, small town characters. This play features nearly a dozen of these sort of characters and Jaston plays them with a touch of true genius.
A week or so later I got a call from his representative in L.A. asking if I wanted to make the photographs that would illustrate each character and, if so, what would I budget. Having worked on half a dozen projects with Jaston and his creative team over the years I jumped at the opportunity.
We worked with make-up artist, Serret Jensen and, over two days, we photographed a bunch of variations for each character. It was a wonderful job. The kind you dream of getting when starting out.
Since we're in the middle of a pandemic Jaston knew he couldn't produce this for a live audience sitting in a theater so he and his crew decided video tape the production with multiple cameras and projection to \ present the performance as a live-streaming form of entertainment on the internet.
I wrote about the project right after we finished with it here: Jaston's Project.
Here are some other posts I've written about working with Jaston: Laramie Project, Tru, Angel Man, Maid Marian
If you are interested go see the trailer and pay attention to the last half where my images are mostly shown. I can't wait to watch the finished "movie."
My favorite job for all of 2020.
Posted by Kirk, Photographer/Writer at 16:45 4 comments: