There are boring cameras and great cameras and, every once in a while, truly eccentric cameras. I seem to like the eccentric ones best. 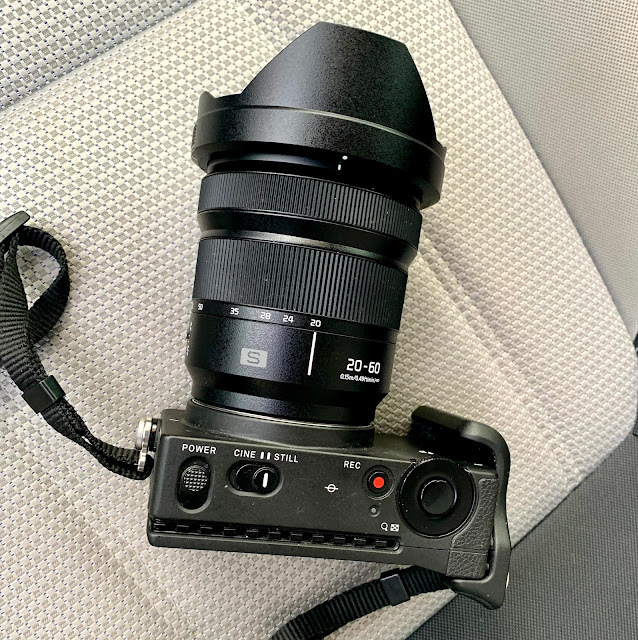 This is a photo of a Sigma fp, coupled to a Panasonic 20-60mm, sitting
on the passenger seat of my vehicle, waiting impatiently for a walk across
the UT campus.
One thing to know about the Sigma fp is that, when used in the Jpeg mode, it may be the lowest noise 24 megapixel camera ever tossed onto the market. In the early days of ownership I was disappointed with the digital image stabilization offered by the camera. I got some ghosting that I didn't want and the camera took time between frames to process. It slowed me down without delivering a whole lot extra.
That's when I started experimenting with higher ISO settings and ultimately set up my Auto-ISO to chose a low shutter speed of 1/125th of second but a high ISO of 25,000. Now, when confronted by a low light situation I know I can handhold most of the lenses I'd use with this camera at 1/125th of a second and I'm getting more and more comfortable with the camera ranging around in the ISO playpen anywhere from 100 to at least 10,000. If I'm shooting Jpegs they all turn out sharp and detailed but at the same time displaying the kind of noise I used to get with pre-2010 cameras at ISOs like 200-400. It's very liberating.
The camera also has some unique aspect ratios in addition to the more or less standard selection of 3:2, 16:9, 1:1, 4:3 and so on. One aspect ratio that appeals is 7:6. It's a bit boxy but not full on square. It's stodgy and conservative, but in a good way. It's for all those times when you think you should be shooting in the square format but just wish you could get a bit more image on the sides. There's also 21:9 but it gets far less use from me...
Today turned cloudy and a bit cold. Tomorrow it's supposed to rain all morning and then snow all afternoon. The snow probably won't stick since the low temperature forecast for tomorrow is something like 36°. (That's like minus 6000 in euro-temps). Not cold enough to freeze but not warm enough to run around in shorts and sandals.
But anyway, since it's going to be mucky tomorrow I thought I'd take a late afternoon/early evening walk and snap some images with the Sigma+Panasonic combination before dinner. I've been downtown too much lately so I thought I'd change venues and head over the the University of Texas at Austin campus where I spent some of the most fun years of my life. Both as a student and then on the faculty. I haven't been back as much as I should so a lot of the buildings I saw today are new to me. But the overall effect, with the students still out for the break, is of a quiet and well groomed campus that's blended old and new with grace; mostly.
I really have come to appreciate the Sigma fp. It's small and light. Very discreet. Very noise free and impervious to overheating (although I have yet to test it in a 350° oven...). It's so funky but at the same time it's as endearing as an ardent, affectionate, three-legged dog. I'm never happy leaving it behind. And it also makes nice video. Complicated to set up, but still,  nice video. 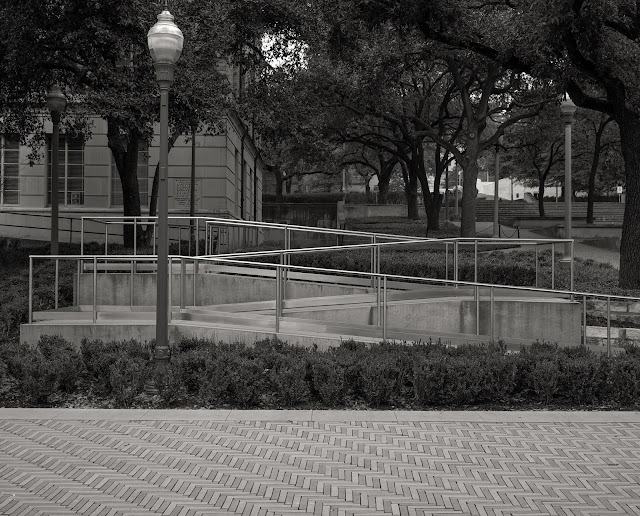 I'm happy with the straight out of camera performance
of the monochrome profile. A little tweak in contrast and I'm happy. 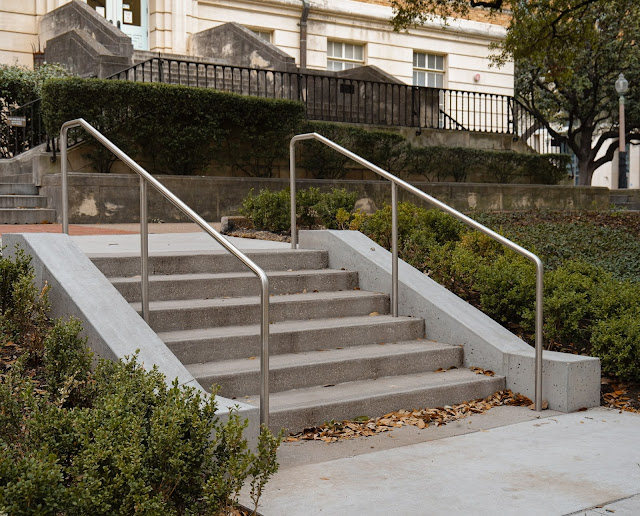 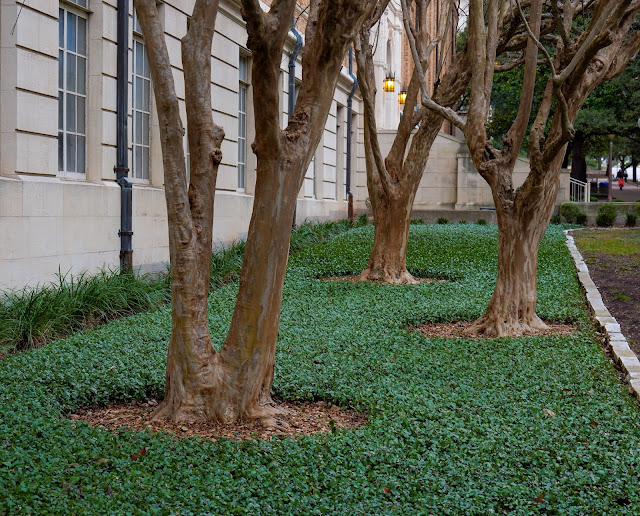 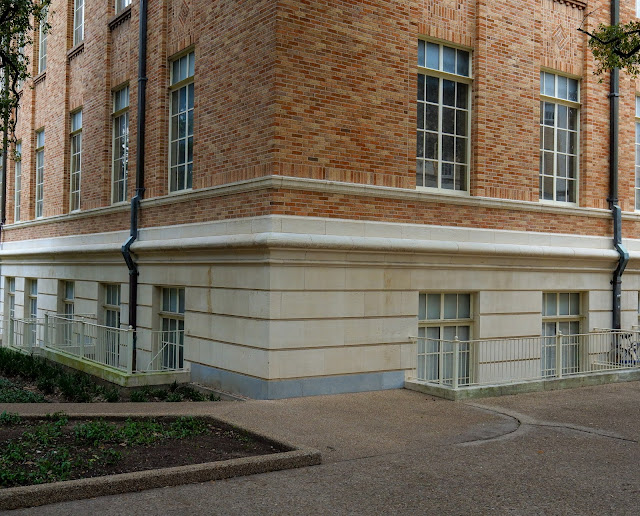 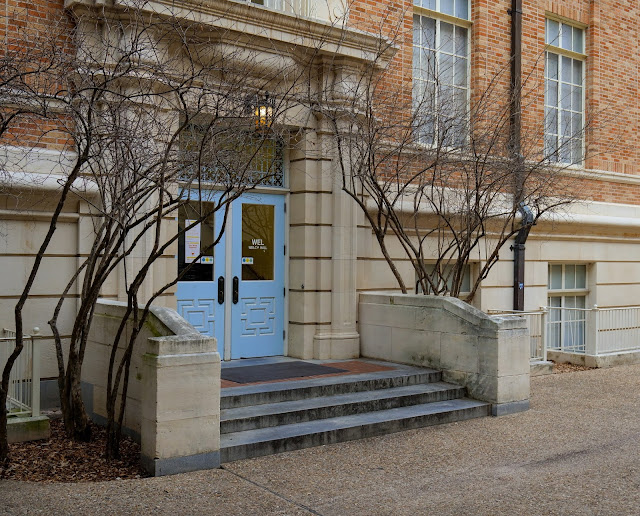 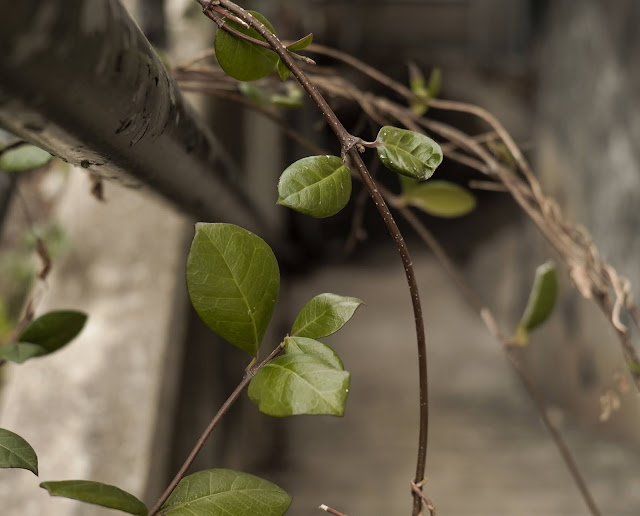 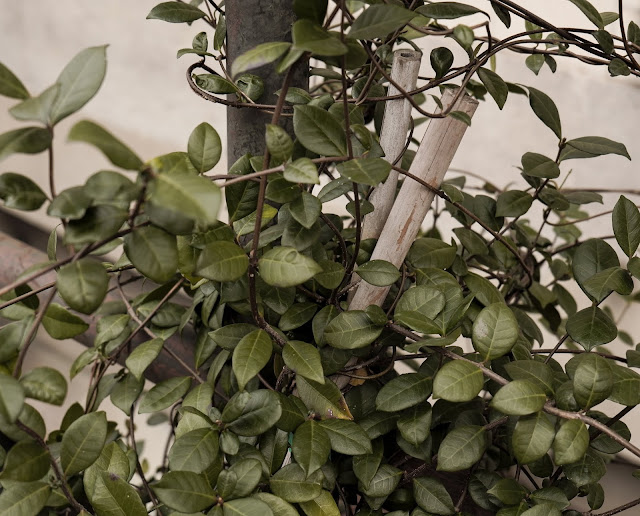 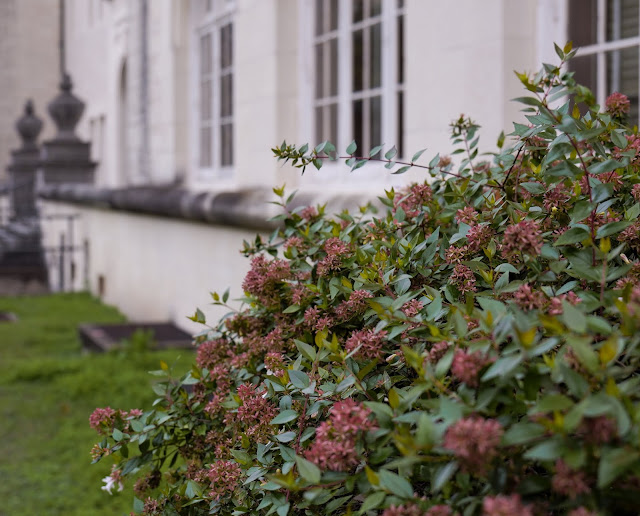 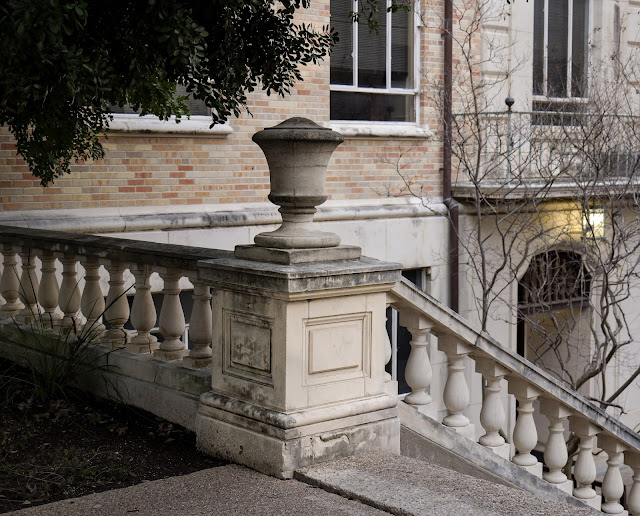 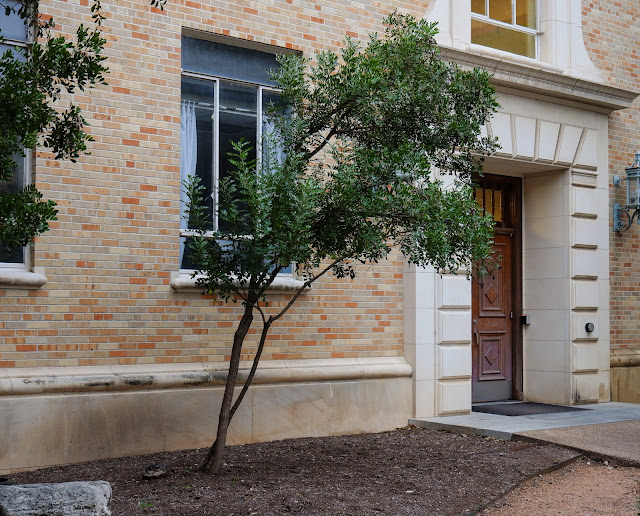 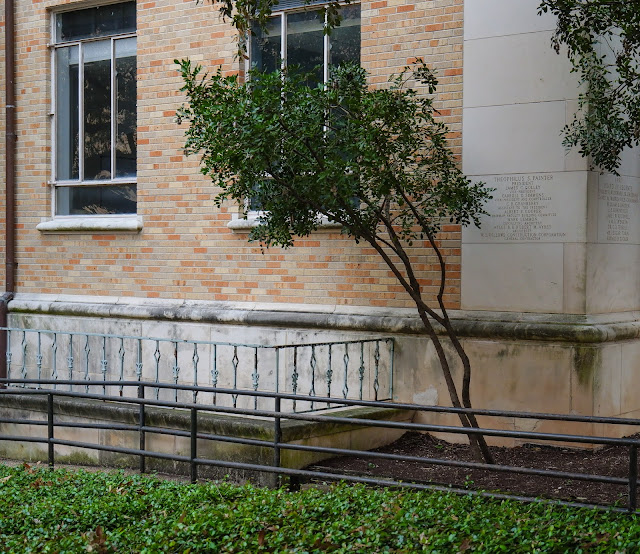 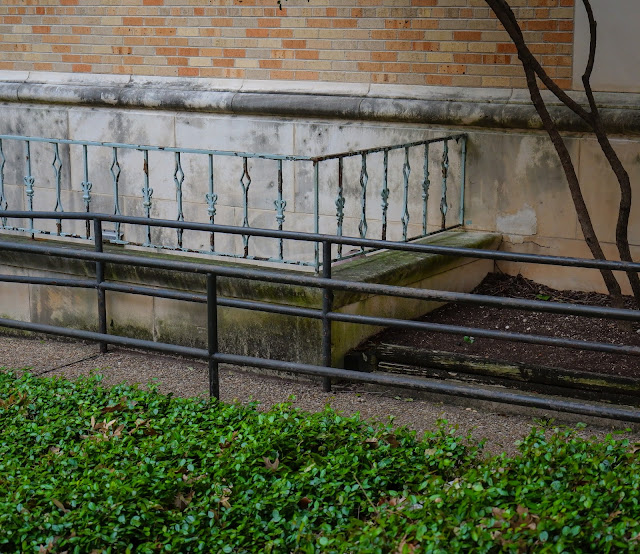 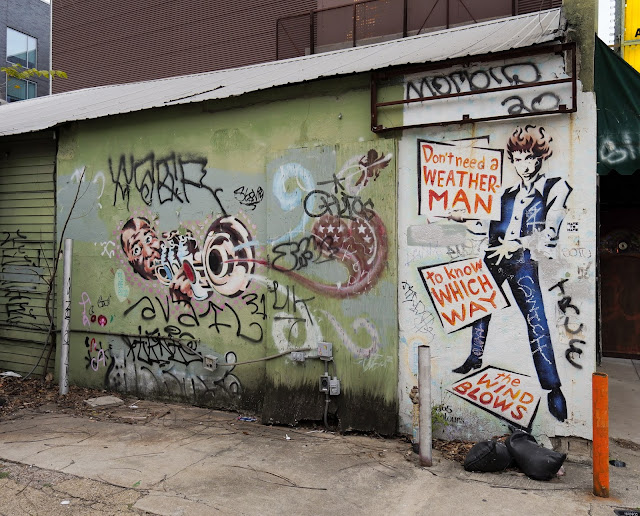 and right across the main street ("the Drag") there is an endless collection
of shops, bars, and targets for graffiti of all kinds. 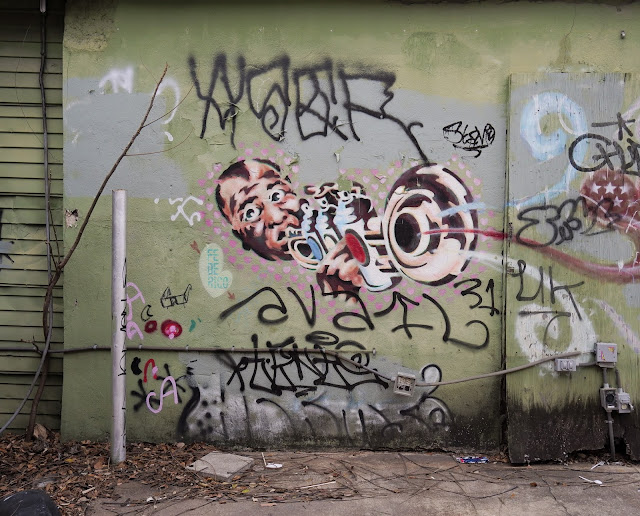 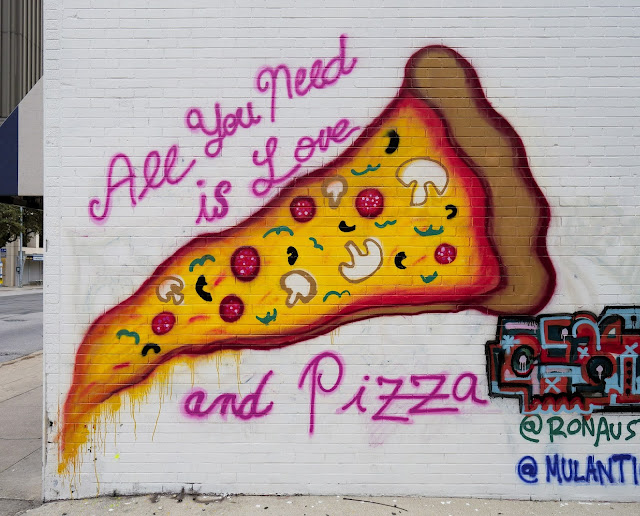 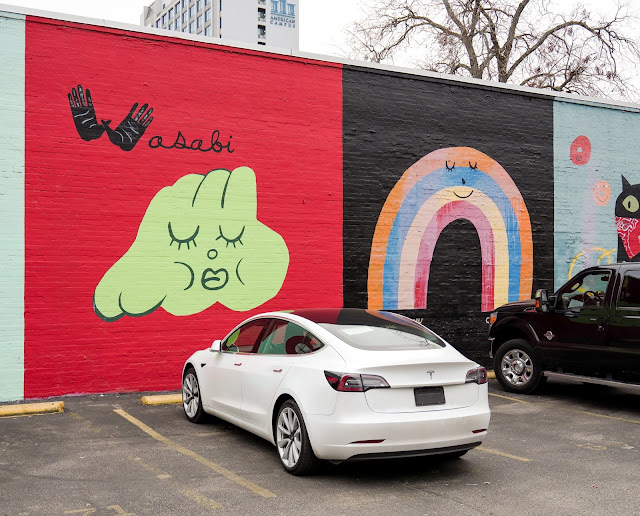 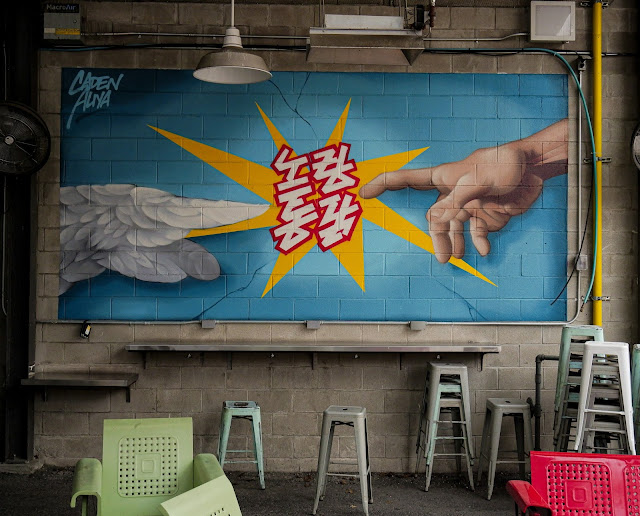 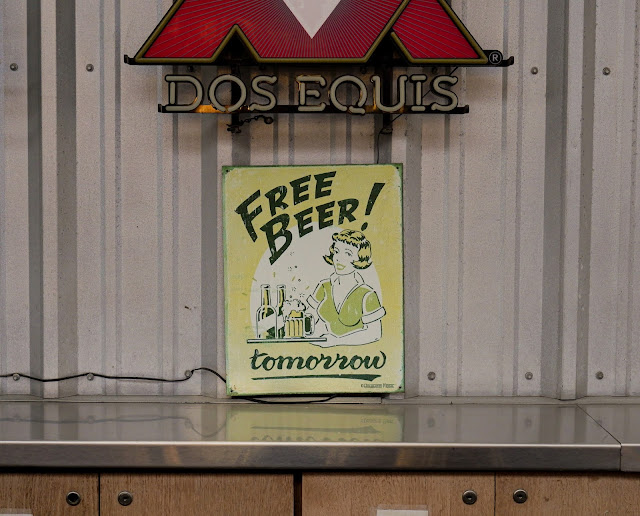 Posted by Kirk Tuck, Photographer/Writer at 21:24

You like eccentric cameras, Kirk? Try the Sigma dp0. I have had one for 4 years. It also takes the loupe hood that you have for your fp.

I say this not to give you a horror experience. It has unique rewards.

That’s eccentric all right. The lens appears to sit at about a 3 degree angle to the camera body.

I very much like the image characteristics. The climbing vine (8th frame) is particularly nice. May I ask what the ISO was?

Re eccentric cameras, you mentioned a few posts back that you still owned a Rollei 35s. I had one of the Rollie models once, can't remember which one, but sold it when I wasn't using it much. I never got the hang of loading film in that camera. There is a semi-famous picture of Queen Elizabeth holding one. I wonder if she managed to load her own film. I'm going to scour youtube for an instruction video on how to load a Rollei 35.

If you can master film loading for the Rollei 35, you're ready for the Leica CL. I think they had an engineer in common.

Anyone who mastered loading a "Barnak" (non-"M") leica could have loaded a Rollei 35 blindfolded, in the dark with gloves on.

Eccentric Cameras, or Eccentric Photographers...who am I to say? I'm currently shooting an iPhone and a Nikon Coolpix 800...95 percent with the iPhone...