A very workable alternative zoom lens for the Leica CL. If you bought a Panasonic S5 kit you might already own this one! But how is that full frame lens on a "cropped" sensor camera? 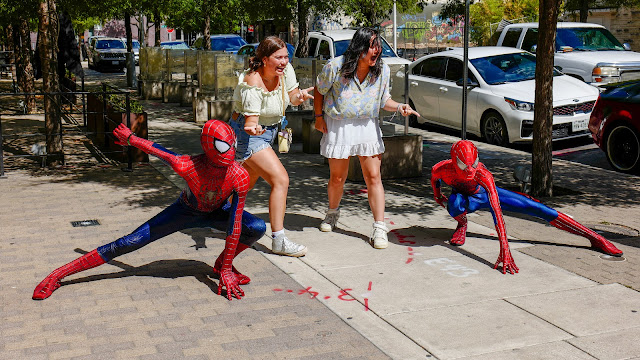 Today we're looking at the Panasonic S 20-60mm f3.5 - 5.6 zoom lens.
It was nasty hot when I went out for a walk and a lens test this past Sunday. I wanted the exercise and I was curious about how well a lens that was designed for full frame Panasonic L series cameras might work on my APS-C Leica CL. I've found that the best way to uncover the potential of a lens/camera combination is to... put the lens on the camera and take some photographs with it. What a revelation!
I set the lens for f5.6 and left it there for the majority of my time tromping around on the downtown sidewalks. Seemed like a reasonable parameter to me. The lens is made of some modern composite material so it's much lighter than bigger pro lenses. It's also slow (aperture-wise) in comparison to the f2.8 Pro Zooms everyone seems to crave. That helps make it much smaller, and it's much easier to rationalize putting on the front of a small camera like the Leica CL. On that camera it becomes the equivalent of a 30-90mm lens, as far as full frame angle of view is concerned.
The lens is totally electronically integrated with the CL;  the camera applies the lens profile, the distortion correction, the exif info and all the rest. It's the same as using one of the Leica TL or SL lenses on the body but at a fraction of the cost. It also focuses very quickly and locks on accurately. At least it does in all the scenarios I encountered.
So, how is the quality?
Having been designed for full frame the lens sidesteps the usual gotchas people seem to find in zooms like this. There is no apparent vignetting and if you look at the foliage in the image below you can see that the corners are quite sharp and detailed. If anything I find the lens a bit flat or lower contrast. That's not to be considered a problem since it might be a helpful boost to dynamic range and it's also one of the easiest things to "fix" in post production. A tweak to the "clarity" slider in Lightroom is just the thing to make the lens come into its own for sharpness, apparent detail and a bit of snap. 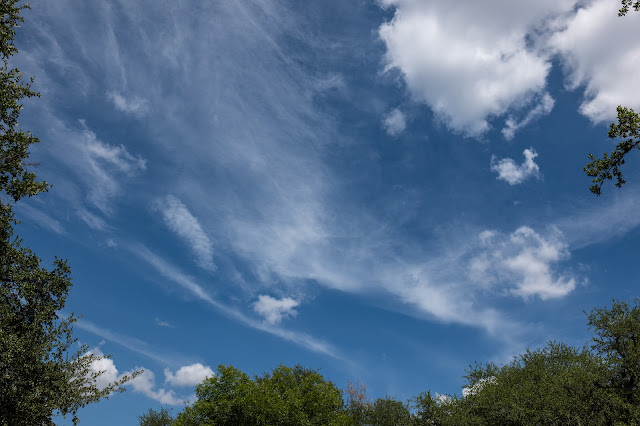 In this image the lens is actually focused on the clouds at infinity but the depth of field covers the trees which are somewhere between 50 and 70 feet away. > 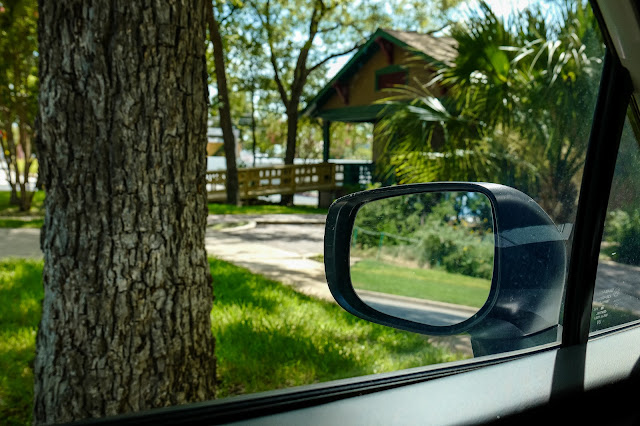 While it's not a low light, complex designed, high speed lens it does well in so many other ways that I would consider it a replacement for the Sigma 18-50mm f2.8 for those who prefer a longer reach at the long end and don't mind losing the ultra-wide angle capability at the short end. It's not much heavier and since the lens came packaged with thousands and thousands of S5 bodies there have been an endless supply of like new 20-60mm lenses which have been separated from their kits and sold on the used markets for about $300; or half the retail/selling price of the lens. It's benefit over the Sigma is the extra reach but also a much lower amount of vignetting.
Please consider looking at the images here in a web browser on a decent monitor so you can see what I'm trying to describe. My writing isn't always clear and there's always the off chance that a bit of hyperbole might have made it past the censors. See it for yourself.
These images were from a handheld camera. Neither the camera nor the lens feature image stabilization. The ambient temperature during the shooting period was around 103° which might be high enough to introduce some incidental electronic noise. The camera operator had already consumed 2.5 cups of full strength (but not overly strong) coffee prior to the production of the photographs on location.
Why so many lenses? (memory triggered by the Spidermen above....).
Since bloggers seem to enjoy telling sad stories about their past I'll try my hand as a blogger at one particularly horrific memory of my own (who else's would it be?). I collected comic books and started doing so at a young age. I was a sloppy curator. My mom told me over and over again to keep them off the floor of my room. I had the first ten editions of Spiderman. The Marvel comic series. From the 1960s. The very first Spiderman story was in "Amazing Stories" which subsequently became "The Amazing Spiderman." The copies I had were well read and not "mint" but they were intact and in very good shape. I was rebellious and left my comics strewn all over my room when I left for college Uni.
When I came home for the break between semesters my comics were no where to be found. My mom had donated them to the Bexar County jail.
The current value of the first Spiderman comic, a single copy, as was recently sold at auction, is $3.6 million dollars. Source: https://www.nytimes.com/2021/09/09/arts/spider-man-comic-auction-record.html
Now, mine wasn't in "mint" condition. But I did have the first 122 comic books in the series, in sequence. I was devastated at the loss. I eventually got over it. But my only thought now is that the inmates at the jail got to use some very, very precious toilet paper. Makes Cottonelle look free.
I've gotten over the trauma and have long since forgiven my mom. But I can imagine that my compulsion to hoard my favorite cameras must have something to do with this early pre-adult experience of stinging financial loss. And the loss of a treasured collection of what I always considered to be the very best of modern art. Even today I sometimes ponder the thought that if I still had the comics I could sell off a few at a time and I would never have to fly commercial again...
I'll be sobbing over here in the corner from the memory of my tragic comic book disaster/loss. You just go ahead and look at the photos in their large form and see what you think about the lens. I'll be okay. I just need to find my handkerchief... 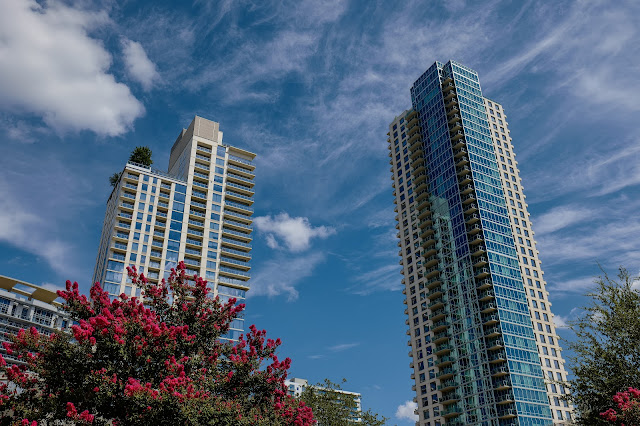 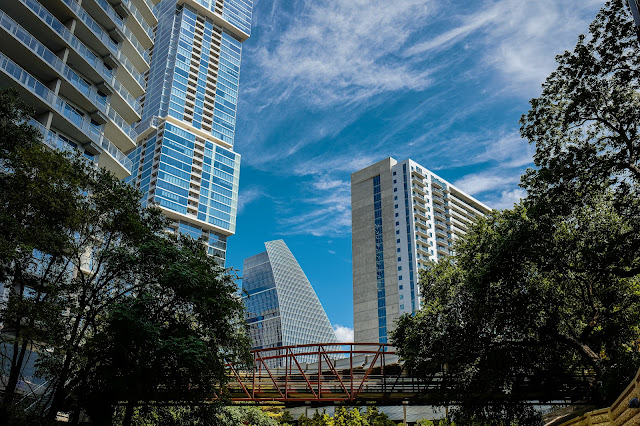 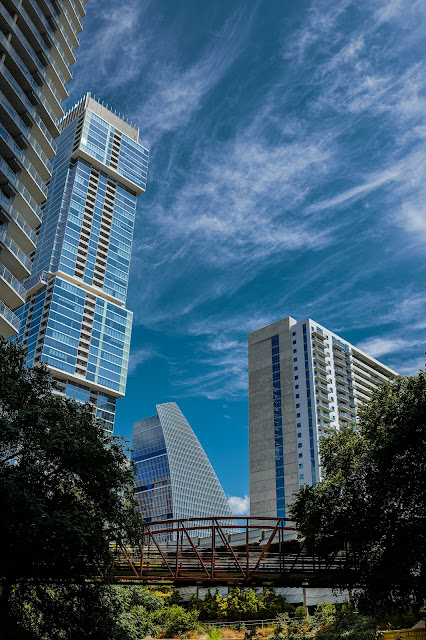 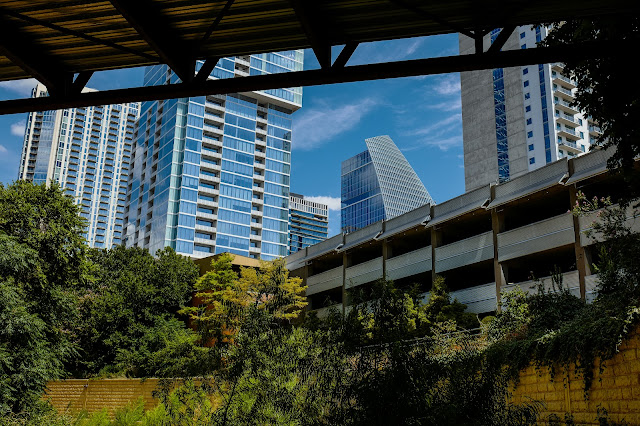 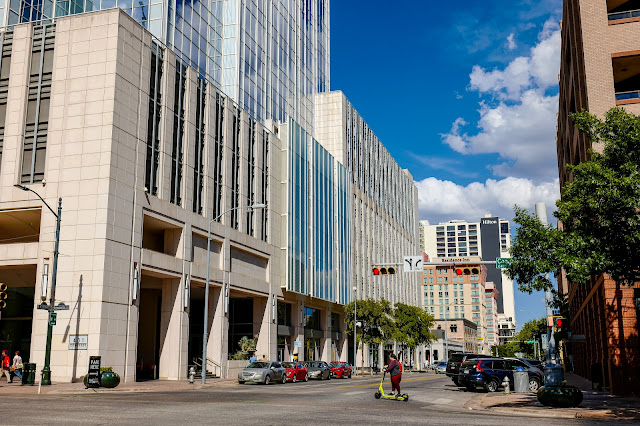 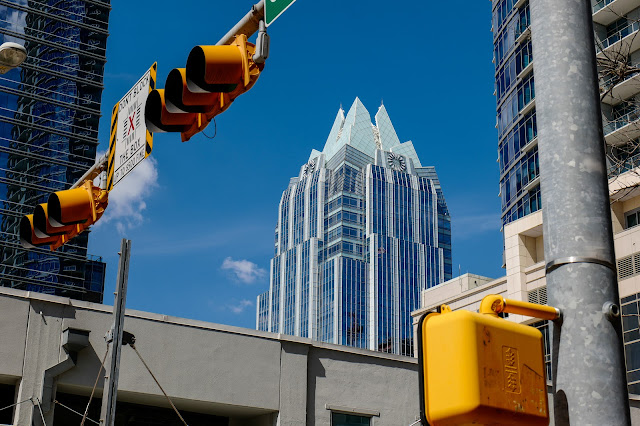 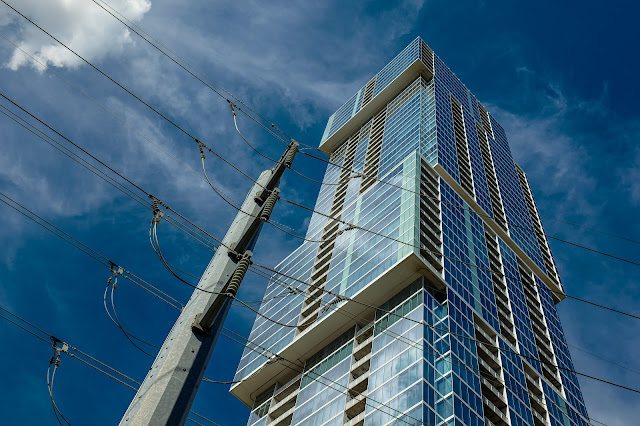 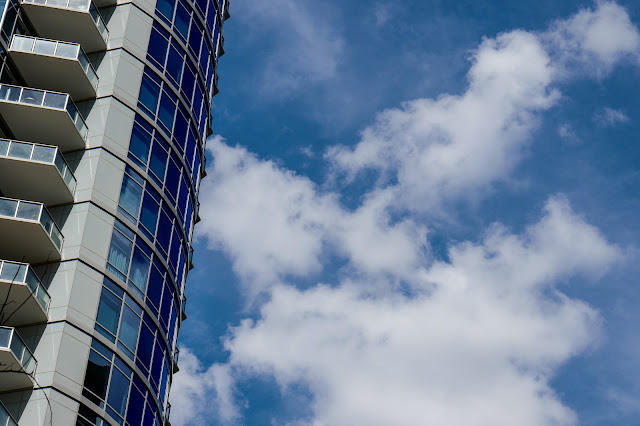 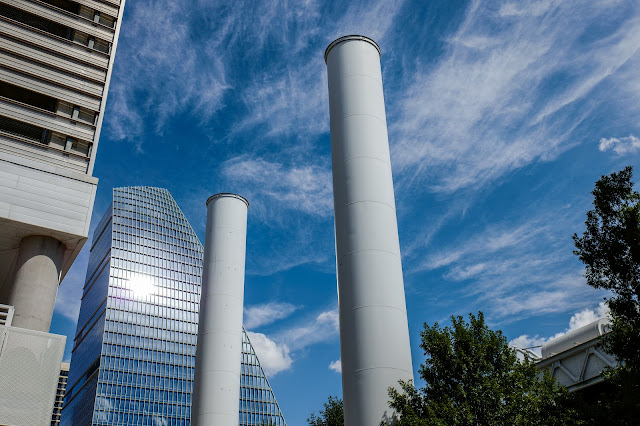 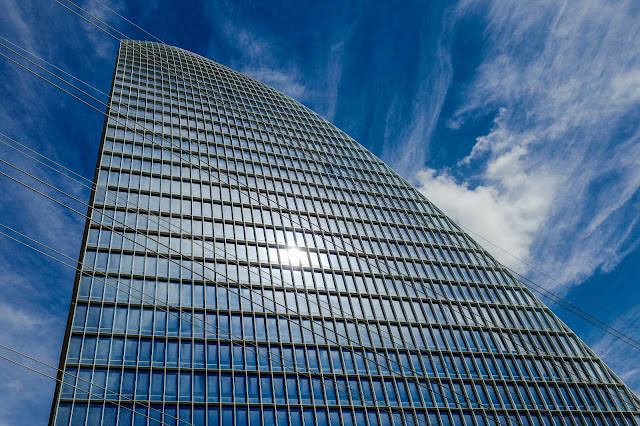 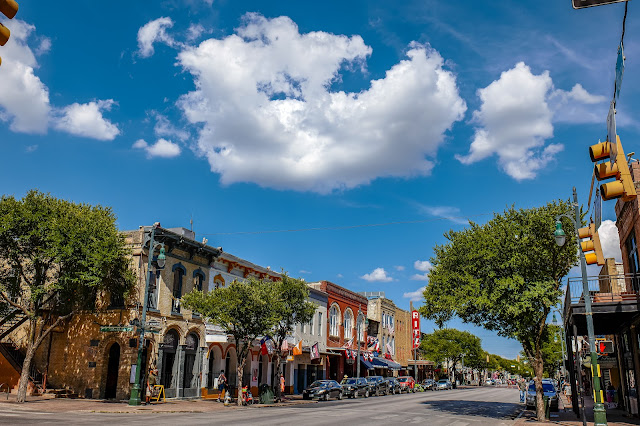 Posted by Kirk, Photographer/Writer at 17:40 7 comments:

Portrait of Afradet. Finding a style by looking backward. 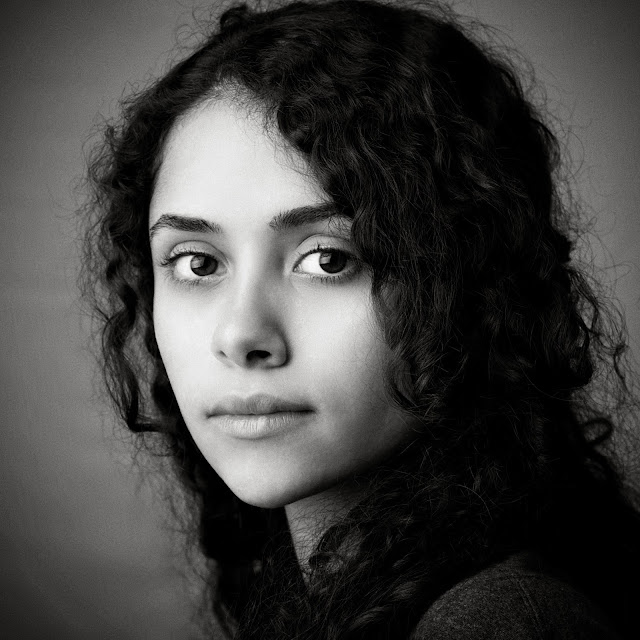 Afradet Z.
Sometimes I feel lost or untethered from my career in photography. I wonder what the heck I'm doing with all these cameras and all these lenses. As I age there are fewer jobs I want to do. Fewer times I want to torture test my patience at the hands of an unfocused but well panicked client. And sometimes I lose the strings that bind together what I've come to consider as my personal style of photography.
Usually this cognitive haze is swept away by some new and challenging assignment that keeps my mind occupied and distracted but sometimes the clutch of indifference and malaise linger for days or weeks. When I feel most adrift I take time to go through old files and old boxes of work I enjoyed doing, and images I enjoyed making. I almost always come to the same conclusion: I love making portraits of interesting people.
The recent arrival of the second Leica CL was a pleasant distraction for a day or so. But I still felt unsettled. So I went back to my source of re-inspiration and started pulling images out of the nooks and crannies of the digital library on my desk and really examining them. Trying to divine what it was about each image that moved me to revisit it. And to find joy in it. What I came away with is the realization that I love the process of sitting quietly with people and waiting for them to reveal something both special and at the same time universal about themselves that shapes an expression in a moment. To freeze an emotion, a feeling, a glance, a gaze and a shared moment of mutual recognition that can never reoccur in the same way again. To suspend the slow decay of time and existential stability that is such an illusion.
I first met Afradet when we casted for an advertising campaign. She was just right for one of the parts the ad agency and I envisioned. She had an energy that made images with her in them both realistic and at the same time distinctly a step up from routine documentation. She supplied a spark in the construction of what would otherwise be a routine corporate photograph meant to show off the kinds of people a company aspired to have in real life. An aspirational image for H.R.
After the project was over and time passed I reached out to her to see if she would come into the studio and sit for a portrait. She came by one evening, after dinner.  Once again there was that energy but also a sense that her life contained uncertainty and no little quotient of angst. I think it comes across in this photograph.
We talked and photographed for hours.
And then, as in so many other encounters in life, we moved back to our separate existences and whatever brought us together to share our non-commercial portrait session was over. But the images remain for me as both a reminder of the person but also a reminder that those people are constantly changing and coming into and out of our orbits.
The best portraits come from momentary infatuations. Glancing affection. Admiration. But that's why so many commercial portraits can't help but fail. There's no bridge.
Posted by Kirk, Photographer/Writer at 10:52 8 comments: