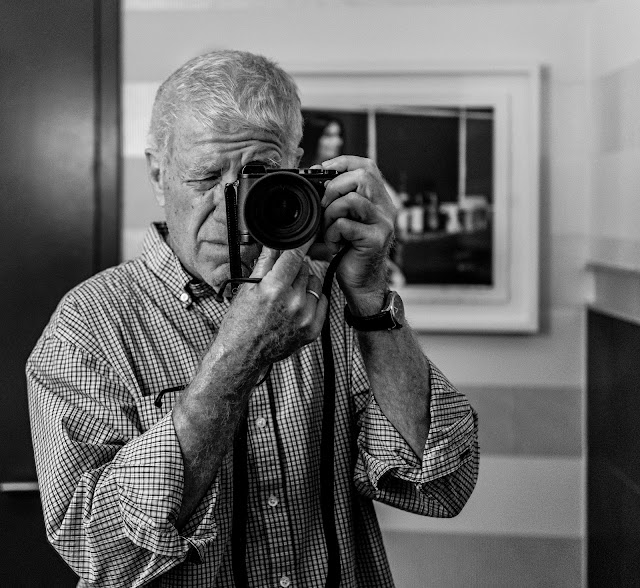 It's been a weird camera week. I have a good friend who is a very bad influence when it comes to wasting money on unneeded camera purchases. He made a great case to me for Leica Q cameras and before I knew it I was off looking at various versions of the camera at my favorite Leica dealer's website. By the end of the day on Saturday I'd tracked down the one I thought I wanted. It was a minty Q-P (a stealth Q that came out in late 2018 with a matte black finish, no red dot (or indeed, dot of any kind...) and a revised, quieter shutter. The package would come with three batteries for the camera as well as all the usual stuff. It looked so cool. And it was a bit less than $4,000. The cherry on the transaction? The camera had just come back from a Wetzlar, Germany Leica Clean, Lube and Adjust visit.
I was excited about it but also felt a little uneasy. I've already spent a small fortune on Leica stuff this year and I think my Calvinist upbringing was playing havoc with my guilt gland (not being a hedge fund manager or attorney I've never had mine removed). When I woke up on Sunday morning I was feeling some resistance to my unplanned purchase. I talked it over with my much more rational (and patient) son and by the end of our conversation he convinced me that while the camera might be really neato there might be some emotional value to resisting the desire for yet another material purchase and that maybe the exercise of restraint would have surprising positive benefits.
By Monday morning I had (for the first time in years) actual anxiety about a camera purchase. What the heck was I thinking? Did I think I really needed yet another Leica? Or for that matter did I even need another camera? Then there was the obvious bump in my buying logic when I remembered just how awkward the 28mm focal length is for me. Not a focal length I'd choose for myself unless my back was up against the wall and a client needed the shot. And the Leica Q features a fixed, permanently attached 28mm lens.... yikes.
Finally I considered the opportunity cost of spending the money on yet another luxury item when I could invest in something better while the market stays down. Maybe, over time, I could turn the cost of one Leica Q-P into an amount equal to 2 Q-Ps if I just plunked the cash into my Roth account.
In the end I called the dealer and cancelled the sale. They were gracious and helpful. I felt relieved. It's wasn't the cost, per se, so much as it was the irrationality of buying a camera with a beautiful body wrapped around a failing (for me) focal length lens.
Instead of another camera I reconciled myself to optimizing my current Leica CL APS-C system. I'm a big fan of the Sigma Contemporary series of lenses and Sigma have started delivering the really cool, smaller than full frame, Contemporary lenses in L mount configurations. I bought two of the lenses earlier this year. The one's I've been using are the 56mm f1.4 and the 18-50mm f2.8 zoom lens. They're both great.  I wanted to add the 30mm f1.4 to the mix and then, once its been assimilated into the mix, I'll grab a 16mm f1.4.
I ordered the 30mm f1.4 around the same time as the Q-P and the lens arrived on Sunday afternoon. I stuck it on a CL body this morning and shot a few test shots with it. I had a version of this lens once before when I was deep into the m4:3 cameras so I already had an idea of its potential but I wanted to make sure I got a good copy in the L mount before we got too far down the road. The 30mm is the angle of view equivalent of a 45mm lens for full frame. Just about perfect for lots and lots of stuff.
The logic for fleshing out the CL system is that it's pretty much the perfect travel camera system for me and I'll be doing some traveling this Fall. I can fit two camera bodies, the zoom lens, and the three primes into one very small shoulder bag. The system is lightweight. And the Sigma lenses are pretty darn good. With the fast maximum apertures and my nerves of steel I don't feel the need for holiday flash units nor do I feel the need to travel with a tripod.
Here are some test images from the CL + Sigma 30mm f1.4 Contemporary lens. It was on sale. I'll keep it.
Just thought I'd write this to at least direct attention to the reality that I can exercise some restraint. But...Damn....it's hard. 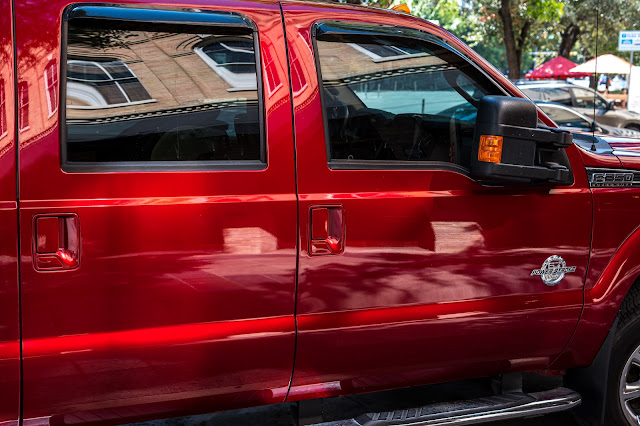 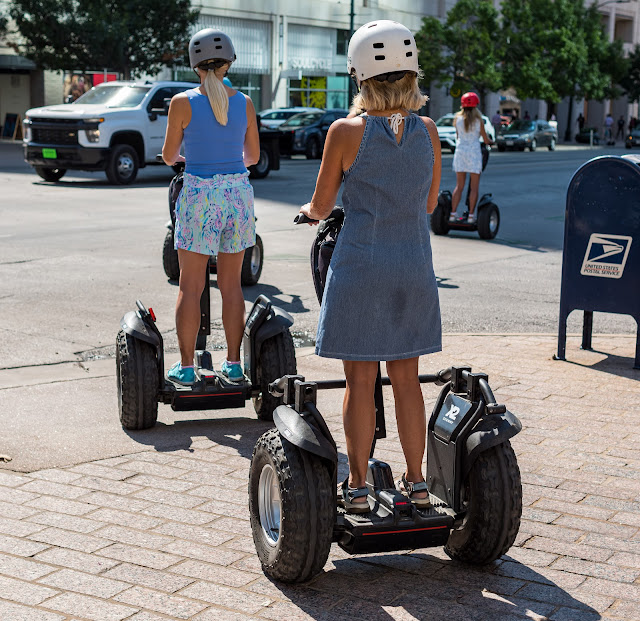 One must now be vigilant when using the public sidewalks as legions of people on Segways, having not yet learned to walk, are zooming around with impunity. Tragic. 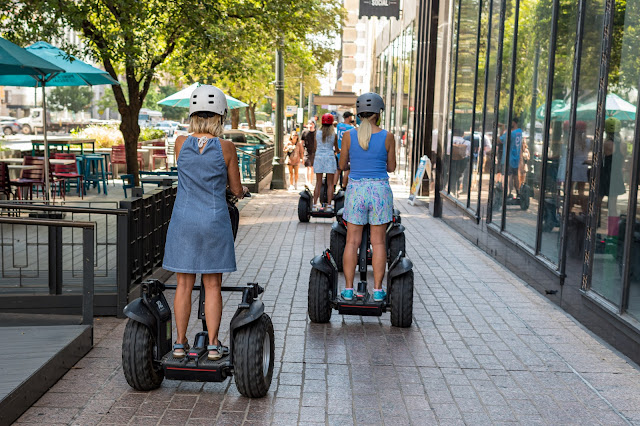 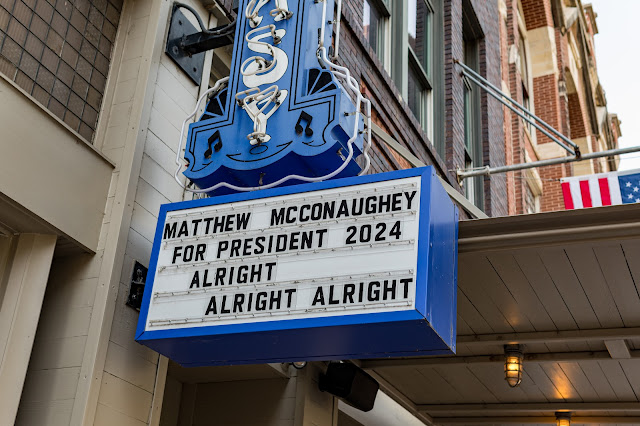 MM is an instructor at the University of Texas at Austin.
I hear he also dabbles in movie acting. 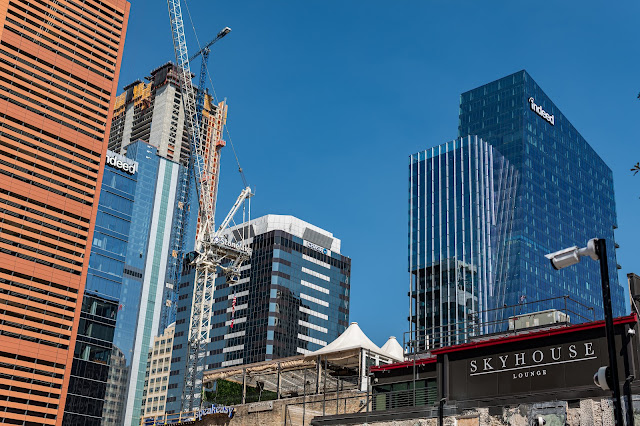 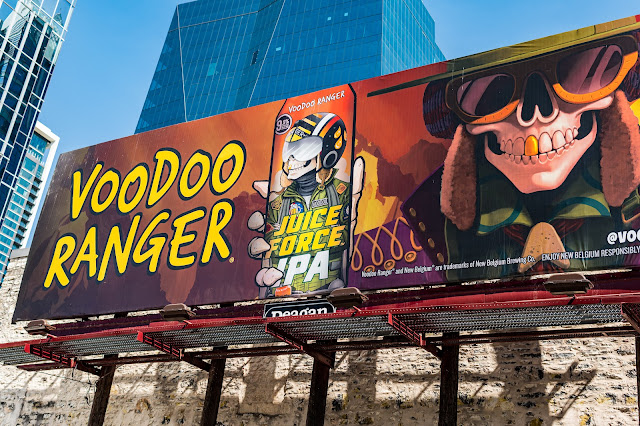 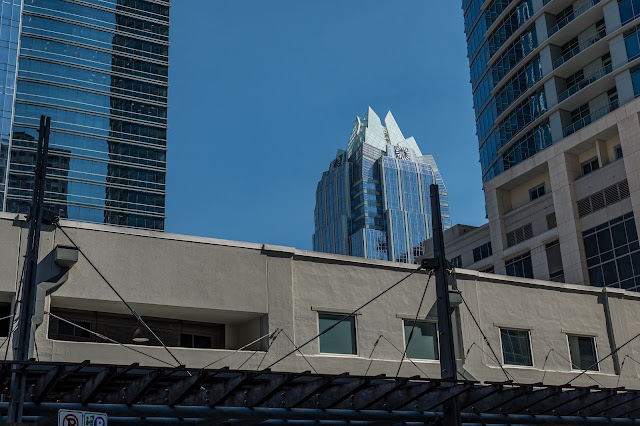 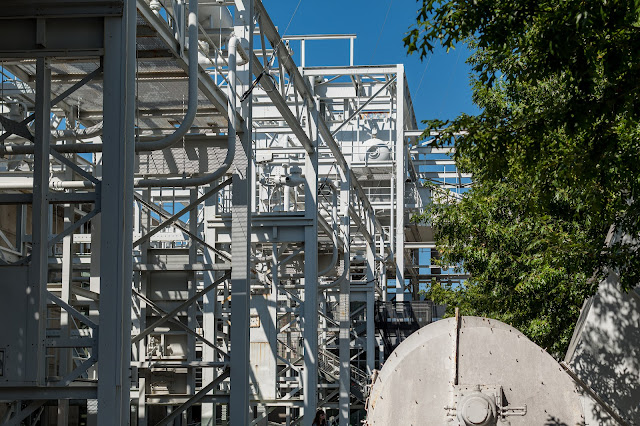 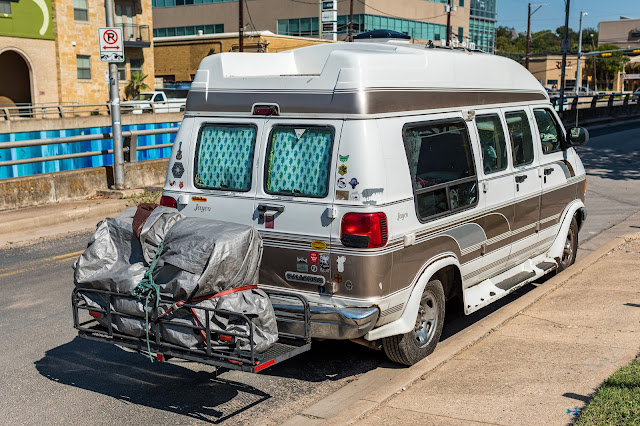 I am always a bit cautious around vans. I always get a
Hannibal Lector vibe around them. 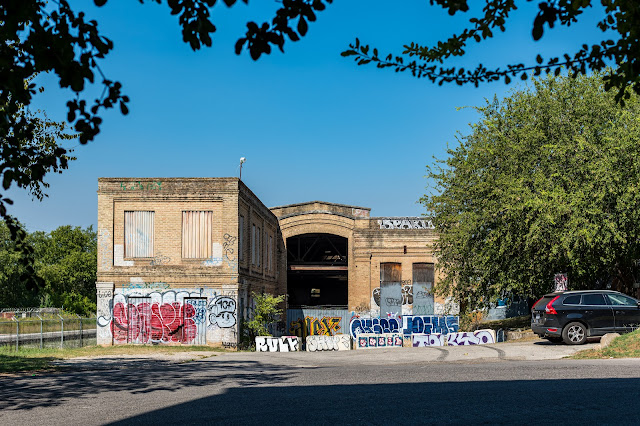