Portrait of an Actor. 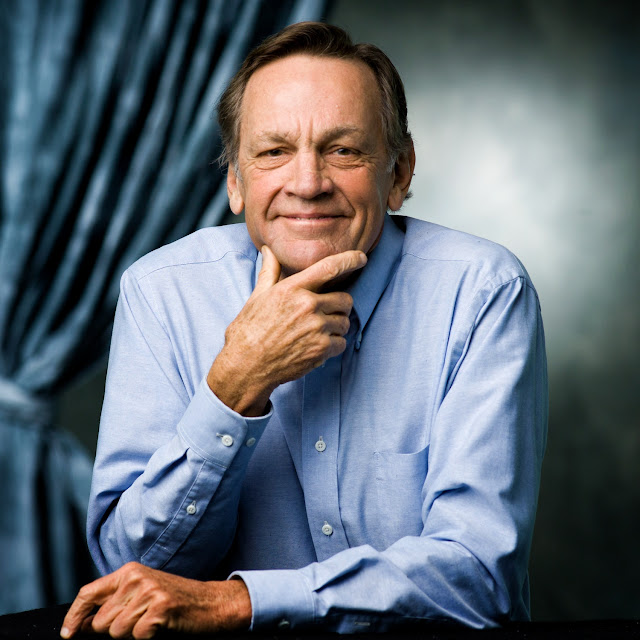 We were searching around Netflix for a movie a few nights ago and we decided to watch a movie called, "Bernie." It's a dark comedy of a movie based on a real story that happened here in Texas. A mortician killed a wealthy woman who had bequeathed all of her money to him. The principal  actor is Jack Black (the assistant funeral director), Matthew McConaughey plays the district attorney and Brady Coleman (above) played the defense attorney. The director was Austinite, Richard Linklater.

Most of the movie was filmed in Bastrop, Texas but parts were also filmed in my son's high school. As soon as I saw Brady Coleman on the screen I remembered this photograph. It was done for a medical practice in central Texas. 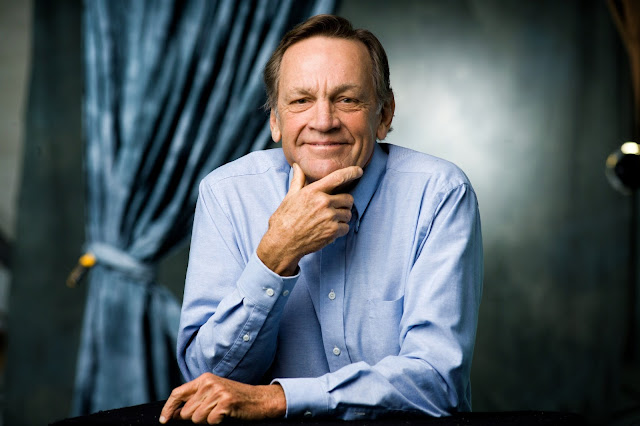 I was hired for the campaign for my portrait style. Particularly a style of shooting that I love in which the background is constructed in layers, further and further from the subject. I think that too many people try to shoot portraits in too small a space. I like to have forty or fifty feet of room depth in which to shoot. That way I can make constructions, like the drape on the left side of the frame, that occupy various distances from the subject so that different parts of the background go more out of focus.

The setup is straightforward. I used a four foot by six foot soft box over to the left of the frame, about 35 degrees off the center axis and slightly above Brady. I try to feather the main light by pointing it toward my subject's right shoulder or at an imaginary point a foot or two further to the right (assuming I am lighting from the left....) so that the light is even.

The main light is powered by a Profoto Acute 1200 power pack and one head.

I shot at f5.6 with a 70-200mm lens on a Kodak DSC-SLR/n camera. I used the zoom to fine tune the composition and to control depth of field. At the time the Kodak full frame DSLR (no "AA" filter) was my camera of choice because it had a nicer range of tonalities than its competitors and at the same time a higher perception of sharpness and detail.

I processed this file to show the lighting effects but it's not the same file I provided to the client. I've boosted the contrast a bit because I like really deep, rich blacks and shadows. I did not retouch his face.

Bernie is a fun film and done in an almost documentary style. It's even more fun to watch movies and see people you've done work with in real life.

Posted by Kirk, Photographer/Writer at 11:21 4 comments: